The World Economic Forum (WEF) recently released their annual Global Gender Gap report including its ranking of the best countries for women in terms of gender equality.

The report assesses 145 economies on how well they utilise the female workforce in their country based on economic, educational, health-based and political indicators. The report can be used as an objective analysis of women’s quality of life and to thereby rank the world’s best countries for women with regards to business, politics, education and health.

To produce the index, the World Economic Forum analyses more than a dozen datasets including those produced by World Economic Forum, UNESCO Institute of Statistics and the OECD. The rankings are compiled by calculating gender-based gaps in accessing resources such as education, healthcare and opportunities to participate in political and economic processes. Assessing the gender gap enables the index to compare rich and poor countries on an equal footing. It is the disparity between genders that is being measured rather than the baseline quality of living.

Best countries for women by region

The Nordic states are consistently the best countries for women and have been so since the report was first produced in 2006. Ireland, ranking 5th, is the highest placed non-Nordic country. Rwanda (6th), Philippines (7th) and New Zealand (10th) are the only non-European countries in the top 10. Since 2014, the United States has fallen eight places to 28th.

The best countries for women in the Middle East and North Africa (MENA) are Israel (53rd) and Kuwait (117th). The MENA region is also home to the most unequal country in the index, Yemen, which is ranked 145th. The Philippines (7th) is the only Asian country in the top 50 while Sub-Saharan Africa boasts three countries in the top 20 of the index.

The report shows a narrowing of the gender gap over the last decade but also demonstrates that inequality stubbornly remains. 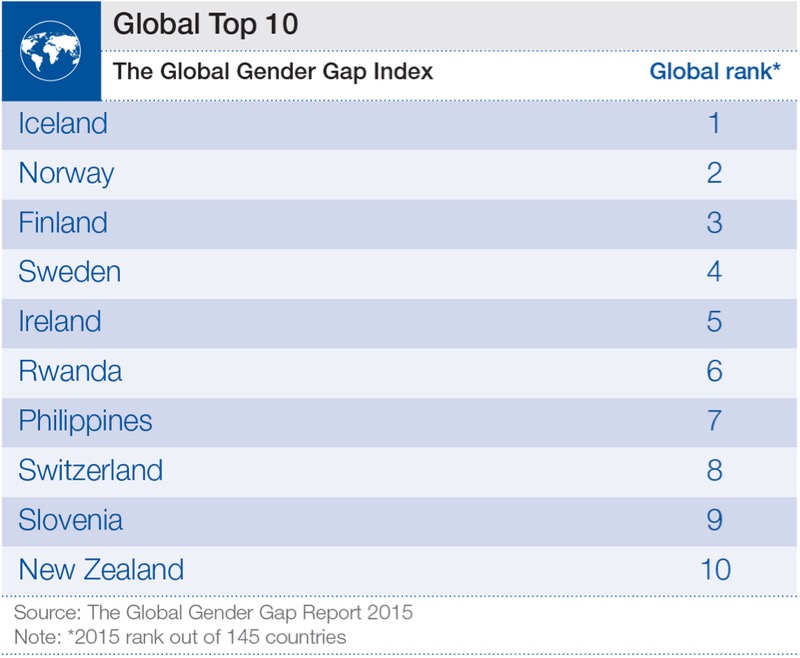 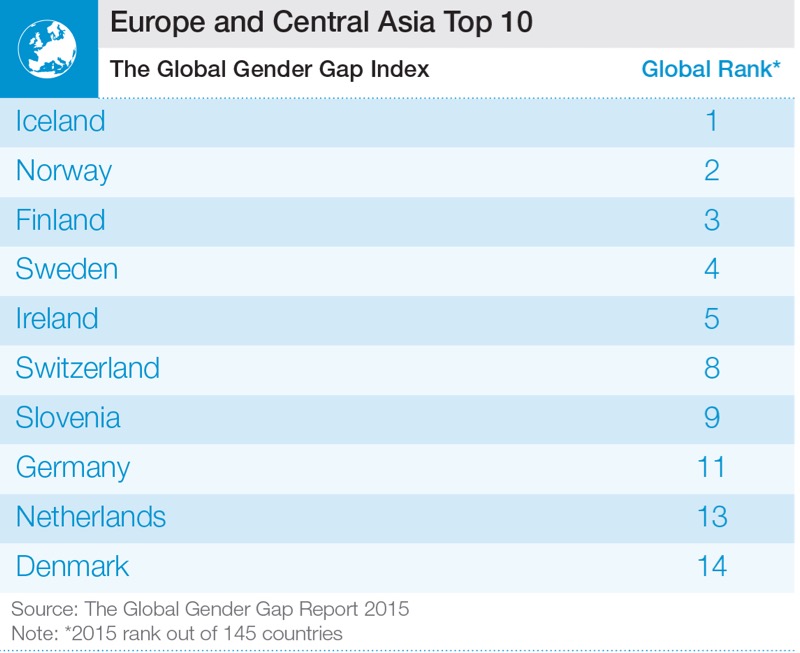 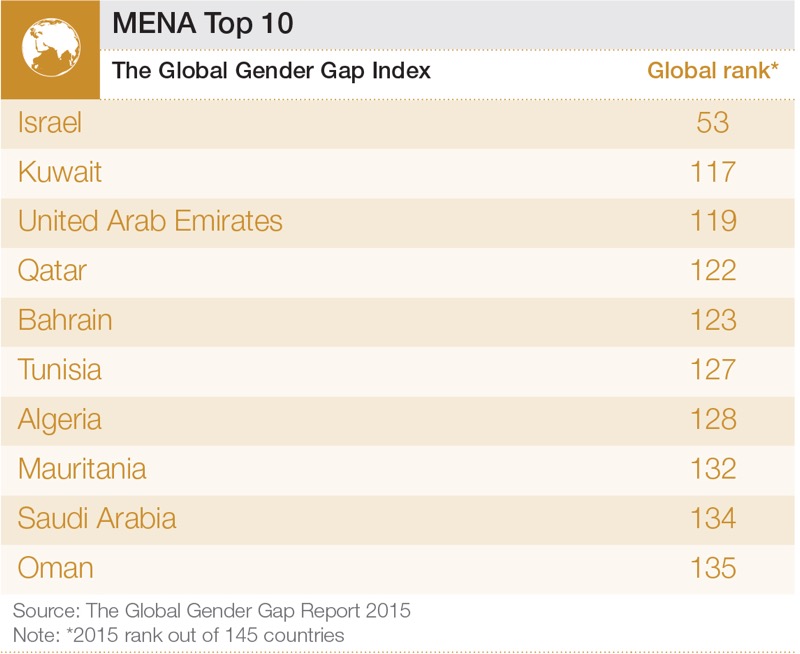 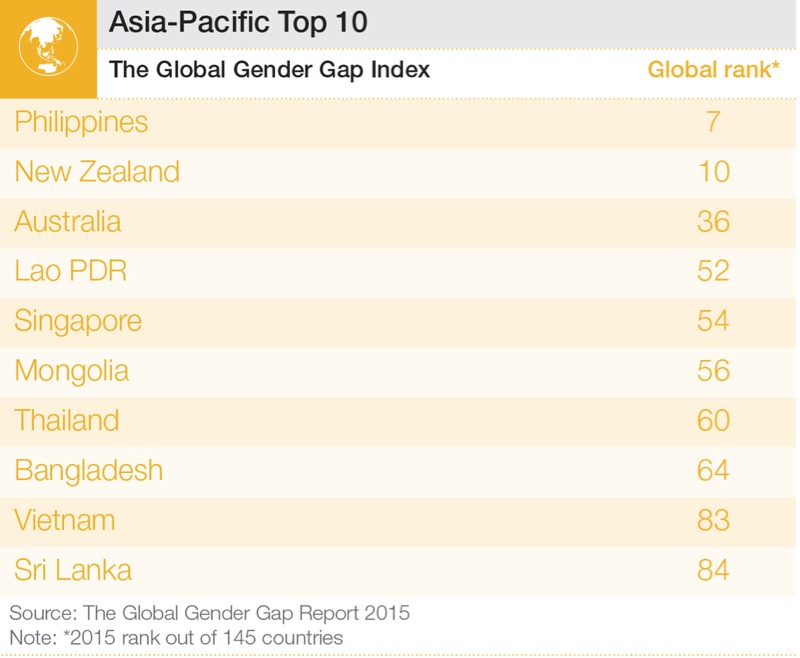 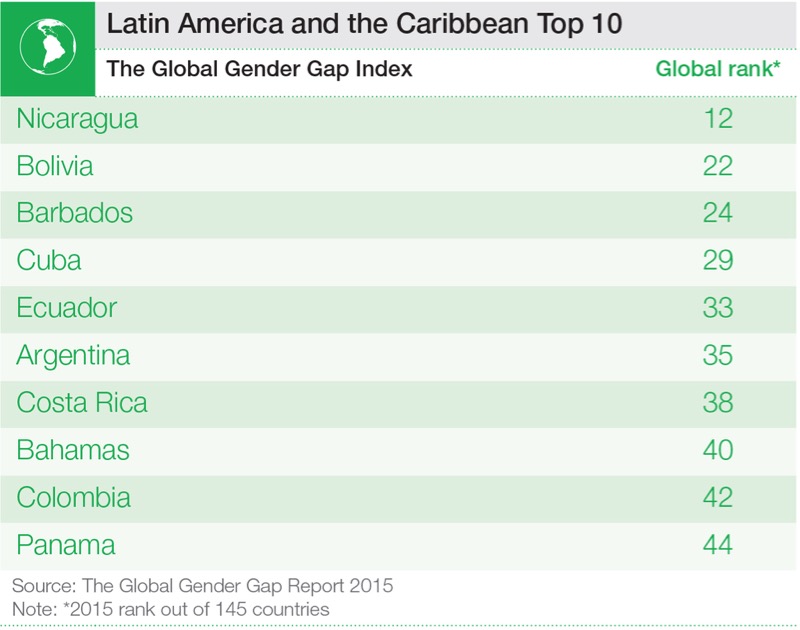 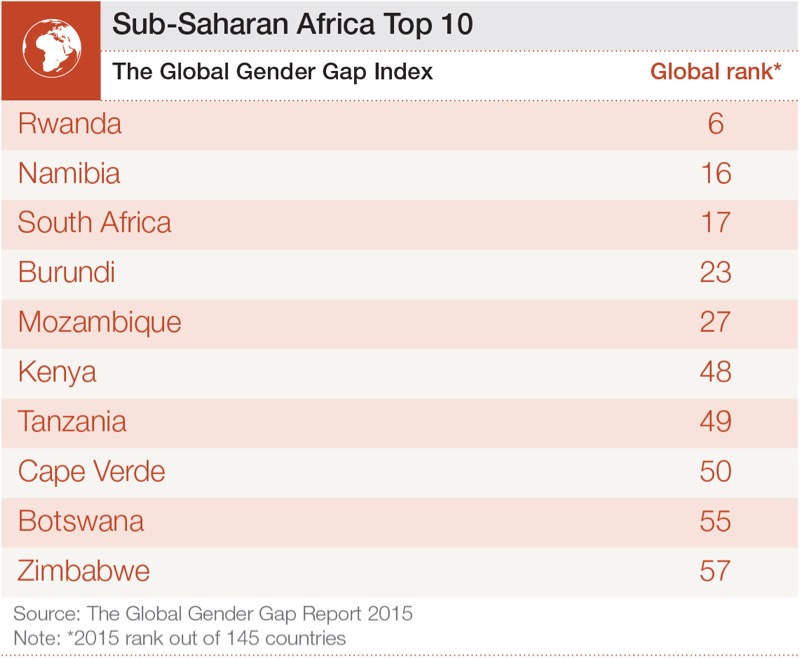 Ranking the best countries for women