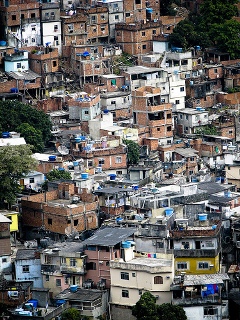 Soon, travelers who book a trip with Favela Tour may notice some unexpected technological developments: high-speed internet access has arrived in the slums of Rio.

Already, 16 antennas have been installed throughout Dona Marta, an investment in technological infrastructure expected to provide 10,000 residents with internet access.

The provision of wireless internet in the favelas is part of a larger project called Orla Digital, which launched similar services in Copacabana’s marginalized neighborhoods last July.

That launch allowed the project to work out some logistical difficulties–including intense demand placed on the system by eager users– and the spread of the project to Rio is viewed positively by many groups.

“In spite of their poverty, the better part of homes in the favelas of Rio do have computers, and young people use them every day.”

Now, they won’t have to rely upon improvised connections to access the internet.

Bahia is the best place to eat in Brazil. Here are 9 dishes that prove it.

5 delicious ways to use cassava, Brazil’s most versatile food