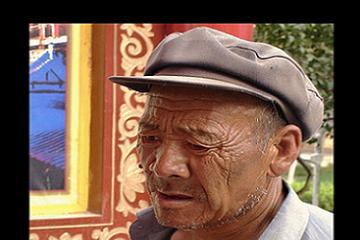 The economy has everyone worried. Photo:fab to pix

First came the report that former South Korean President Roh Moo-hyun had committed suicide by flinging himself off a cliff while hiking with a security guard. The President asked the guard for a cigarette and then jumped off the cliff; though alive, according to The Korea Times, he died several hours later at the hospital.

Roh Moo-hyun was under investigation for corruption, though his supporters believed the charges to be overblown. The former President had campaigned and been elected on an anti-corruption platform, and was widely considered to be one of the country’s strongest modern leaders. He improved relations with North Korea and was admired for his rags-to-riches personal story: he had grown up in a poor family and managed to become a human rights lawyer.

Then, barely 24 hours later, came the report from China that a citizen disgruntled by a traffic jam caused by a man contemplating a suicidal leap from a bridge decided to resolve the issue entirely by pushing the man off the bridge.

Chen Fuchao climbed onto the bridge’s railing to consider ending his worries about debt. Police cordoned off the bridge, halting all car traffic for several hours. This infuriated passerby Lai Jiansheng, who called Chen’s actions selfish. Lai approached police–shoeless–and offered to help talk Chen down. When police refused his help, Lai plowed through the barricade, shook Chen’s hand, and pushed him off the bridge.

Chen survived the incident, though he sustained spinal and elbow injuries.

Economic times are hard, and few people are unaffected by the worldwide recession. Our Voices from the Economic Crisis series includes stories from Matador contributors who recount the local impacts of a depressed economy. If you’re feeling depressed, don’t try to handle your feelings on your own. For some solid advice, check out Claire Litton’s article, “How to Manage Clinical Depression on the Road.”