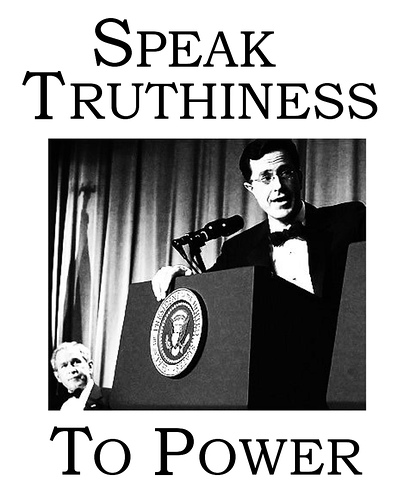 There’s more televised election coverage airing tonight than you can shake a stick at – but not all networks are equal.

A recent study attempted to track the American public’s knowledge of current affairs, and to find out whether there was any correlation between the average citizen’s level of knowledge and their preferred news source.

Well, they may surprise you.

Regular viewers of the Daily Show and the Colbert Report – yes, the fake news shows – clocked in at the top of the findings, with 54% of the audience falling into the “high level of knowledge” category.

National Public Radio’s audience hit the 51% mark, while CNN can claim 41% of viewers with a “high level” of public affairs knowledge.

As for Fox News?

The network landed second from the bottom, with 35% of viewers qualifying for a high level of knowledge. The only news source with a worse record than Fox: network morning shows. Ouch.

Of course, there’s no causation implied here. Stewart and Colbert’s faithful viewers don’t necessarily gain their greater knowledge by watching the two shows; they may simply have good taste as well as a solid grasp of current affairs.

Nonetheless, whether they’re learning from the shows or not, America’s most well-informed citizens are watching Jon Stewart and Stephen Colbert. Says something about the state of mainstream media when that core audience of engaged viewers are turning to satire instead, doesn’t it?

For those of you who might be interested: Comedy Central’s Indecision 2008 election special airs tonight at 10pm Pacific Time.

For everyone else: Who are you watching tonight, and why? How do you choose which network gets your “vote”?