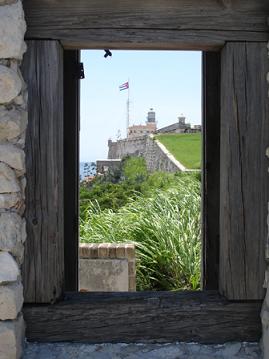 The U.S. embargo against Cuba–quite possibly the most comprehensive and punitive piece of foreign policy legislation in modern U.S. memory– may be marching toward history.

Just a few weeks ago, a significant change in US foreign policy towards Cuba was made by the US Treasury Department. Negating a decision enacted by the Bush administration five years ago, the Treasury Department, which is charged with the responsibility of overseeing and enforcing a considerable portion of US-Cuba policy, announced that effective immediately, Cuban Americans will be allowed to travel to Cuba to visit family once a year (as opposed to once every three years) and no time restrictions will be imposed on these visits.

Now, there’s evidence that still more of the travel-related laws prohibiting Americans’ travel to Cuba are being chipped away at.

The Freedom to Travel to Cuba Act is a bipartisan bill introduced yesterday. It is co-sponsored by 118 members of the House (House Bill H.R. 874) and 20 Senators (Senate Bill S. 428) from both parties. The bill is intended to extend the right to travel to Cuba to all Americans… for the first time in decades.

The bill is being supported by special interest groups as diverse as the US dairy, wheat, and rice industries, as well the US Conference of Catholic Bishops, Amnesty International, and Human Rights Watch.

Though similar bills were proposed with regularity during the Bush administration, they quickly died before being passed.

Sarah Stephens, executive director of the Center for Democracy in the Americas, articulated my own feelings, which I expressed in this article, when she said:

“…the constitutional right to travel belongs to all Americans no matter what their ethnic background or national origin might be.

Under George Bush, we had ‘travel for nearly none’; under Barack Obama, we have progressed to ‘travel for some’; and under this legislation we can realize the goal of ‘travel for all’.

All of our goals – for U.S.-Cuba policy, for regional diplomacy, for boosting the U.S. economy, and for advancing our values and remaking our nation’s image-are best served by replacing our policy of isolation with engagement starting with ‘travel for all’.”

Though the Freedom to Travel to Cuba Act, if passed and signed into legislation, is not expected to completely dismantle the trade embargo, the continued efforts to revise US foreign policy toward Cuba signal an important–and exciting–new chapter in the complicated history of US-Cuba relations.

As someone married to a Cuban American, and as a traveler who has visited Cuba many times (that’s me in this article’s feature photo, clowning around with my husband and my mother-in-law at her apartment in Centro Habana), I’m interested to see if the bill passes this go round.

If you’re an American interested in traveling to Cuba off-the-radar before any policy changes take effect, check out two of my articles full of first-hand advice here and here. Find out how to prepare for your trip by watching some of my favorite films or reading some of the best books about Cuba; you can find the list here. Wondering what to do once you get there? Check out my nightlife recommendations.

Tagged
Activism News Cuba United States
What did you think of this story?
Meh
Good
Awesome