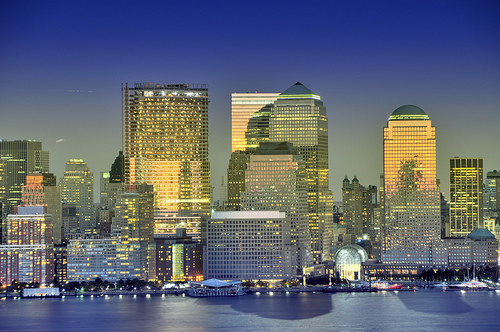 2008 seems to be the year of the low-cost regional express bus service. (Catchy, huh?)

BoltBus, Megabus, and Neon have all rolled out new routes in the US North East.

The features? All three make near-identical boasts: wi-fi, extra leg room, “premium” service. They bill themselves as a quasi-luxury express service, for busy business travelers who need to rush between major cities with no milk-run stops along the way.

Well, last night I gave “Neon” – Greyhound’s new express service between New York City, Syracuse, Buffalo and Toronto – a try. And let me tell you, luxury was the last word on my mind.

My ticket noted that I was required to be at the station one hour before departure. Trouble is, Neon doesn’t run out of Toronto’s main bus terminal. The “station” was a street corner in downtown Toronto, which was bad enough last night, when the temperature hovered above 0 degrees celsius. Think how cold it’ll be in January!

I showed up 45 minutes before departure time and joined a ragged line of shivering passengers. There were no signs to direct us or to indicate that we were in the right spot. A Neon employee eventually came and took our passport information, and tried to separate the Megabus passengers from the Neon passengers – turns out, we were all mixed together in the same lineup.

Just before our departure time, there was still no sign of our bus. Then a Megabus vehicle rolled up and parked. The driver switched off the engine, closed the doors and walked away, into a coffeeshop, ignoring our Neon girl’s shouts.

Right on schedule, our bus showed up – and had nowhere to park. It pulled up a block ahead, at which point the passengers at the back of the line broke into a mad dash, leaving the people who’d been waiting in the cold the longest to shiver some more at the back of the new line.

It was no Indian train station, obviously, but it was as chaotic a scene as I’ve experienced in Canadian public transit in my life.

Once we were boarded and under way, things settled down. The wi-fi was slow but functional, the electrical sockets worked. (Though if there really was much extra leg room, I didn’t notice it.) We were delayed for an hour or so at customs, while one passenger got a serious interrogation, but that’s not the company’s fault.

After that, we had a quiet, smooth night’s ride, and rolled into New York City just after 6 am this morning.

The verdict? It’s all about expectations.

I bought into the hype, and expected this overnight bus ride to be less unpleasant than every other overnight bus ride I’ve ever taken. When really, apart from the wi-fi (which is pretty cool) this is standard Greyhound fare. It’s cheaper than flying, it’s faster and more reliable than the train, and the overnight option means you don’t have to waste a day.

If that sounds like what you’re looking for, by all means give it a shot.

Neon runs between Toronto and New York City every morning at 8:45 am, and again overnight, departing at 8:45 pm.

Everything you need to know about visiting the Dominican Republic this summer
The best island in the Caribbean for every type of traveler
These destinations are opening to US tourists this summer
16 pro-tips for getting your car ready for a road trip
Can we trust negative COVID-19 tests as a green light for travel? We asked a travel doctor.