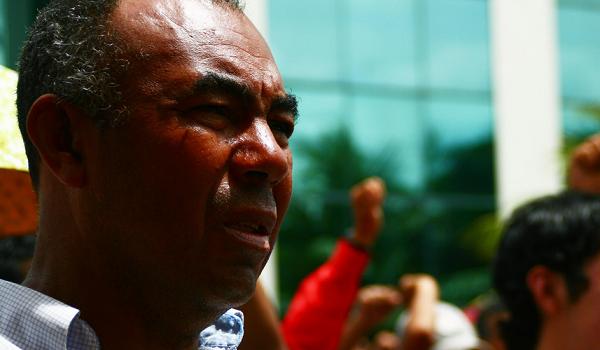 “I haven’t heard anything about Honduras this week,” my husband said to me as we sat down to have dinner last night. Come to think of it, neither had I.

In the US, at least, we’ve moved on, captivated by the Sotomayor Supreme Court confirmation hearings, former Liberian president Charles Taylor’s insistence of his purity and innocence in the war crimes case being heard against him at The Hague, and the rumblings that US Attorney General Eric Holder may appoint a special prosecutor to investigate the Bush administration’s CIA interrogation practices.

Oh, and then there was that early week bit about the CIA’s naughty habit of lying to Congress (repeatedly. Since 2001… at least).

So excuse us if we’ve forgotten about Honduras (and Iran… but we’ll get to that later).

But we shouldn’t be so quick to put the Central American situation out of our minds.

According to the Latin America Working Group, “The situation in Honduras has only escalated since last week.” Remarking on the military’s role in the current political standoff, LAWG continued:

“Civilians in the streets of Tegucigalpa and throughout the country side continue to face brutal repression by military officials. Civil liberties remain gravely affected, including freedom of the press.”

Meanwhile, the Americas Society reported that “an inch, but not a mile” has been gained in the executive branch, thanks to negotiations between the elected Zelaya administration and the imposed Micheletti administration, which are being mediated by Costa Rican President Oscar Arias. The organization indicated that curfews have been lifted and the threat to imprison Zelaya has been reconsidered if the deposed president returns, as he has said he intends to do.

To continue following developments in the country, visit the Americas Society’s Resource Guide to the Crisis in Honduras, which provides links to primary sources, news, and multimedia, produced both in the country and outside it.

Clueless about what occurred in Honduras? Check out these articles from our archives:

Photo Essay: Honduras After the Coup

To Coup or Not to Coup?

This interactive map shows where you can travel this winter, and where you can’t
The most underrated food cities, according to 250 chefs and experts
A seven-mile-long underwater sculpture park is coming to Miami Beach
This new, glass-domed train will take you on an epic journey through the Rocky Mountains
Royal Caribbean is looking for volunteers for ‘simulated cruises’