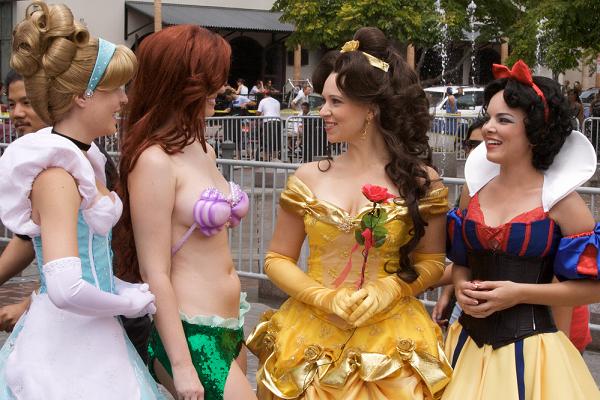 A trip to Disney isn’t cheap these days no matter how good your budgeting skills are.

A one day admission ticket for visitors over 10 years of age will ring in at $75.00 USD and any meal at the ABC Commissary (one of 88 dining options at the Orlando Disney) will leave you $14.99 poorer than when you entered the Magic Kingdom. If you plan on staying overnight, even a campground spot will take a $43.00 bite out of your budget.

But even the most generous spender will be hard pressed to figure out just how a Disney visit could total more than $400,000.

All they need to do, though, is talk with Malaysia’s Datuk Seri Dr Mohd Khir Toyo, a businessman and government contractor who spent just that amount at Disney Paris and Disney Orlando, according to an article published in The New Straits Times last week.

Mr. Toyo, whose trip was billed as a “technical visit,” was supposed to be gathering information that might be useful as Malaysia gets ready to build its own theme park. Yet he didn’t meet with any Disney officials; instead, he hired a tour guide to sport himself, his family (wife + 3 kids), and a maid around the parks.

A handful of expense reports turned in by Toyo indicated that he hired a Mercedes Benz, rented out the Presidential Suite, and flew first class from one park to the other. He also paid for a group of traditional dancers–from his own country– to welcome him and his entourage upon their arrival.

The government is now investigating Mr. Toyo’s trip in hearings of the Select Committee on Competence, Accountability and Transparency. So far, Mr. Toyo has not made an appearance at any of the hearings.

Scientists to dive into an unexplored ‘blue hole’ at the bottom of the ocean
This 136-day cruise around the world will take you to 27 countries starting in 2021
This small and remote Scottish island is looking for new residents
Paris is full of fake buildings hidden in plain sight. Here is where they are.
This map shows how weak US passports are right now