LLANWRTYD WELLS, UK — There is an annual race between people and horses in this tiny Welsh town, and yes, a horse almost always wins.

But that’s not really the point. Whether it’s the Man vs Horse Marathon, the World Bog Snorkeling Championships, the Stone Skimming Championships or any of the contests hosted here each year, the same winner comes out on top: Llanwrtyd Wells.

Once a popular destination for Victorians seeking pony treks and restorative spas, the hamlet has weathered changing holiday tastes by rebranding itself as Britain’s capital of wacky challenges.

With a little bit of hustle, a lot of showmanship, and a population just greater than a full Airbus A-380, Llanwyrtd Wells has saved itself from the economic torpor that’s consumed many Welsh and English towns whose industries have disappeared.

“Without the events, this place would be one huge white elephant,” said bartender Lindsay Ketteringham from behind the taps at the Neuadd Arms Hotel.

It was here in the scuffed 21-room hotel in the town center that the new Llanwrtyd Wells was born.

It was 1980. The natural spring spas that drew people by the thousands in the 19th century had long closed. The pony treks to the surrounding Brecon Beacons mountain range that attracted later visitors were falling out of fashion as well. 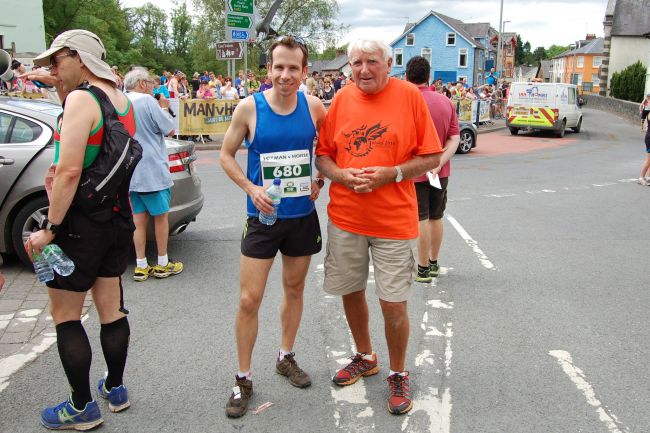 Then owner of the Neuadd Arms, Gordon Green saw a problem. And then one night, after overhearing two customers in the hotel bar argue over whether a particular distance was the same to a man and a horse, he came up with a solution.

A footrace between people and horses. People would come to see that, right?

“We just wanted to fill the bed spaces,” Green says.

The first Man vs. Horse Marathon took place that year. It was a success. A few years later, Green organized the World Bog Snorkeling Championships in the nearby Waen Rhydd bog.

More events followed in the vein of things-that-are-at-once-great-and-terrible ideas, like the Real Ale Wobble, a mountain bike ride during which participants chug beer instead of water at rest stops.

The town’s cheerful self-promotion is relentless. Nearly every resident repeats the claim that theirs is the smallest town in Britain. A check of official figures reveals several other hamlets that could claim the title, but none that market it as insistently as Llanwrtyd Wells.

“It’s eccentric Brits at play. It’s people who come along and have a good laugh,” says Peter Jones, a spokesman for the World Alternative Games. “Gordon’s been the driving force behind it all.” 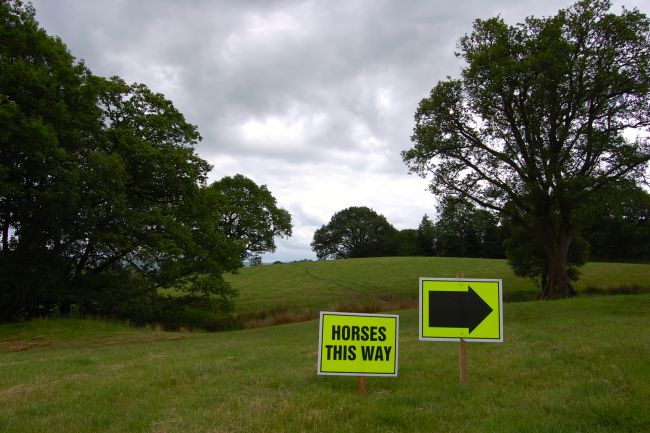 At 79, Green still has a mischievous twinkle in his eye. On Saturday, he made his way through the crowds at the 34th annual Man vs. Horse Marathon like the local celebrity he is.

The only other person to draw as many cheers was Huw Lobb, 37, a former Cambridge University cross-country runner who in 2004 became the first man to beat the horse, a feat accomplished only once more since.

Llanwrtyd Wells is nestled in the heart of Wales’s sheep-farming country. Tractors number among the few vehicles passing through the town center. Stone bridges and wrought-iron balconies recall the long-gone heyday of its years as a Victorian holiday destination.

Some locals still remember what it was like in the days before bog snorkeling and boozy bike rides put it back on the map.

“It was quiet,” says William Idris Jones, 86, a “semi-retired” sheep farmer and native Welsh speaker who’s lived in Llanwrtyd Wells since he was 12. “It wasn’t dying, but it’s improved a lot. [The events] made a big difference.”

With more than 430 runners and 56 horses, last year’s Man vs. Horse was the biggest yet. Its main sponsor, Whole Earth Peanut Butter, handed out peanut butter balls and cookies to runners stretching in front of the Neuadd Arms.

The horse course is 24.8 miles, the human one 23.6. Horses must stop halfway through for a vet check to make sure they’re not overheated.

No one seems to mind that the horse usually wins.

“If they’ve got a Shetland pony running, maybe. Otherwise I’ve got no chance,” said John Cooney, 35, before running off into the hills.

Tagged
News Wales
What did you think of this story?
Meh
Good
Awesome

How To Visit The Blue Lagoon in Abereiddy, Wales