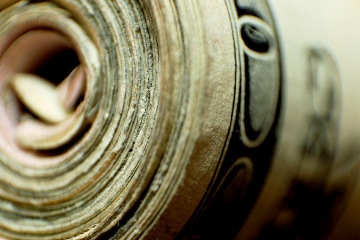 As the effects of the economic crisis begin to be felt not just on the institutional level, but on the personal level, it’s been hard for me to feel empathy for the “pains” of the super rich.

A recent article in the New York Times reported that the city’s upper class was feeling miffed about being compelled to change its consumer and travel habits: instead of taking a private jet, they’ve begun scaling back… to first class.

But amidst all the “Oh, poor me” stories, a press release from someone who could easily put himself in that category but chooses not to helps restore my faith that some folks with deep pockets do remember the little guy.

Bill Marriott, Chairman and CEO of Marriott International–owner, manager, or franchiser of numerous hotel chains, including Marriott, Fairfield Inn, Renaissance, and the Ritz Carlton–released a statement announcing that he has voluntarily reduced his 2009 salary by 2/3.

Now that may not seem like such a loss for the man whose 2007 salary was almost $2 million, but in a corporate landscape that’s become overpopulated with “Take the money and run” executives, Marriott is setting an example some of his peers in the industry should follow.