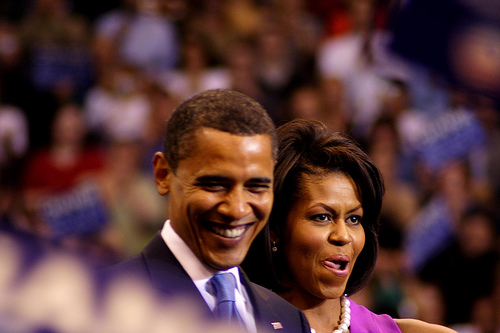 In our official endorsement of Barack Obama, we define the values of our community, and explain how Barack Obama’s policies align with our vision and hopes for America.

When we started Matador, we never anticipated publishing much about American politics. After all, we’re a travel site. There are so many thousands of amazing places and cultures to write about without venturing into the political fray.

But as the primaries heated up, our readers asked for more political content. Since then, we’ve been calling it like we see it.

A Big Moment In History

Here in America we’re facing the most difficult economic times and the bleakest outlook that any of us has ever experienced. These are sentiments also echoed by our parents’ generation.

People who built successful businesses and who gave their productive lives to their communities are now struggling to pay the bills.

How has this happened?

How, with our resources, ingenuity, and work ethic, have we gotten to a point where two parents working full time still have trouble making ends meet? And what effect might this crisis have on the next generation?

These are very serious times, and we need a very serious leader. After much careful consideration of the issues, the Matador team emphatically endorses Barack Obama for President. Here’s why:

At Matador we believe passion is a virtue,

We believe in making the most of opportunities, but always giving back to the community.

Afterward he returned to his community and taught Constitutional Law for over a decade.

At Matador our core values are rooted in respect for other cultures, lands, and peoples.

We recognize the importance of free and open dialogue and cultural exchange as a means to deeper understanding.

By contrast, McCain has no record of travel as a young man outside of his military career, and running-mate Sarah Palin never even held a passport until the middle of 2007.

At Matador we believe sustainability and transparency are the building blocks of communities, businesses, and government.

Barack Obama has laid out a clear and practical economic plan that will create 5 million new green jobs.

By stark contrast, McCain’s plan is a continuation of the very same nefarious practices and policies that have plunged our country into a time of historic economic losses.

John McCain is being advised by people whose very actions precipitated the cataclysmic downturn of the US economy.

One of McCain’s top advisers, the general co-chairman of his campaign, Phil Gramm, is directly responsible for deregulating the banking industry in the late 90s and lobbying Congress to roll back state restrictions on predatory and subprime mortgage lending practices.

Effectively, John McCain is being advised by people whose very actions precipitated the cataclysmic downturn of the US economy.

At Matador we’re concerned for the health and well being of our parents and extended families.

Barack Obama has a visionary plan to reduce healthcare costs as well as cut taxes on seniors while protecting and enhancing Social Security.

By contrast, John McCain wishes to privatize Social Security. His “plan” would funnel money straight out of senior’s pockets and into the coffers of multinational corporations. 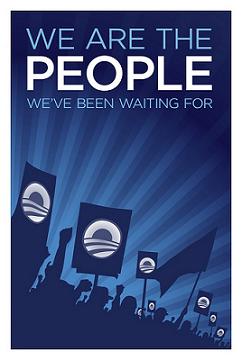 At Matador we believe in being a good guest, a good ambassador.

On the stage of international politics, this translates into equanimity, diplomacy and smart foreign policy. We have cringed at McCain’s aggressive rhetoric on the prospect of bombing Iran, and his escalating animosity towards Russia.

And whereas Sarah Palin has no foreign policy experience whatsoever, Joe Biden is a long-time member and current chairman of the U.S. Senate Committee on Foreign Relations.

At Matador we believe in conserving the earth for future generations and understand the critical need for energy independence.

From our travels, we see how other countries are making real progress, harnessing solar and wind energy and being good stewards of the land. Barack Obama will implement an energy plan that makes America the leader in alternative energy technologies, whereas McCain’s plans for “energy independence” can be summed up with the RNC chant of “drill baby, drill!”

We want our next leader to put the interests of average American citizens before those of big oil companies and other multi-national corporations. We’d like to see a resurgence of the middle class.

While traveling abroad in the last year, we can’t help but notice that being American now carries a stigma. It’s not surprising. We believe that electing Barack Obama will help America earn back the trust of people in all corners of the world.

We will not be silent.

We will not be silent at this crucial moment in history. We believe in the power of the American people to make the right decision. We are proud to support Barack Obama, and we encourage you to do the same.

Call your friends! Call your family! Write letters! The future depends on our ability to rise to this moment.

We hope you will continue to help us build the most vibrant travel community on the Web. We appreciate all perspectives, regardless of political affiliation, but request that the discourse remain civil at all times.

What did you think of this article?
Meh
Good
Awesome
Bookmark
Posted In
Activism Miscellaneous