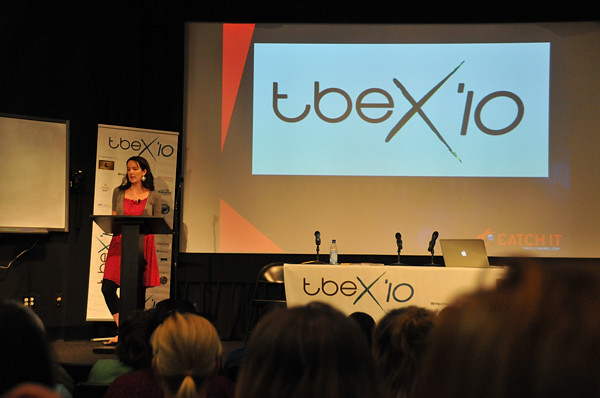 As part of TBEX 2010’s community keynote address, dozens of blog posts were submitted by travel writers. Eight were selected and read out loud…

When Joshywashington’s face first popped up on the huge screen behind Pam Mandel and Mike Barish, I turned to fellow Matador team member Nancy Harder in excitement.

Mike would go on to read Josh’s piece, All Aboard which had been published as part of Travelers Notebook’s Notes From The Road series.

I would later squeal some more as Matador team members, Eileen Smith and Leigh Shulman’s faces also appeared on the screen.

Both Eileen’s piece, an abridged version of her Ecuadorian travel horror story, and Leigh’s article, Homecoming Is As A Bittersweet Chocolate Truffle, were edge-of-seat engrossing.

In addition to theirs, articles from Matador contributors Lauren Quinn and Conner Gorry were also read to an eager crowd of peers soaking up every word.

This past weekend, travel bloggers, writers, photographers, and PR companies gathered in New York from across the globe for the first “officially organized” TBEX conference.

While nothing truly “ground breaking” was discussed at the various panels which ranged from upping your travel writing game to monetizing blogs and travel ethics, the energy in the conference hall was undeniable…everyone was ecstatic to see everyone else; the faces behind avatar-driven Twitter accounts and favorite travel blogs. 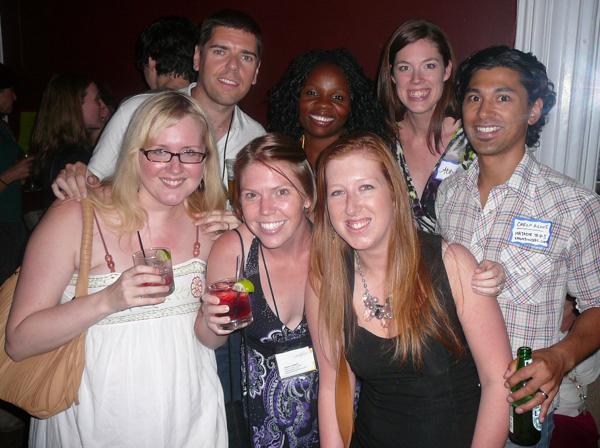 During the panel on travel ethics in which I filled in for Managing Editor Julie Schwietert, an excerpt from Tom Gates’ exemplary piece, Notes from the Grand Del Mar Hotel, San Diego, was read as a refreshingly creative way of writing reviews based on press trips.

Matadorians were representing and in the most important way: showcasing transparent writing and original voices which is the very essence of our MatadorU travel writing course…and community.