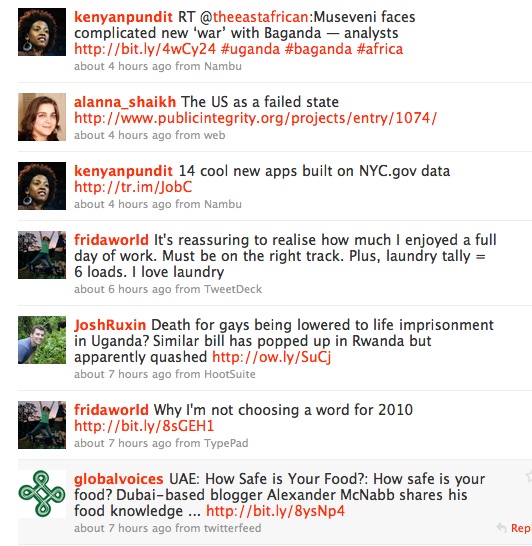 Back in October, Twitter announced a new function: lists. Twitter users could sort their followers into groups based on specific interests, making it easier to track tweets by topic.

As Josh Catone of Mashable observed, “Lists aren’t just static listings of users, but rather curated Twitter streams of the latest tweets from a specified set of users.”

The list– @MatadorNetwork/change– is a work-in-progress collection of people and organizations who are changing the world by building community and protecting the environment. There are some predictable folks in there, like New York Times’ Nick Kristof, and people we’re really excited about discovering, like Marianne Elliott, a human rights lawyer and peace activist who’s currently writing a memoir about her peacekeeping work in Afghanistan.

Want to put some faces to the names of your favorite travel tweeps? Check out Tom Gates’ round up in Twelve #Travel Tweeps Twittering.