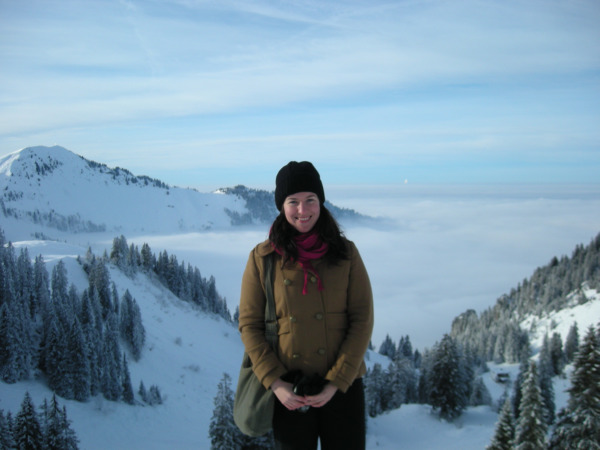 How did you first hear about Matador?
My good friend, Eva Holland, started writing for Matador a few years ago. We were living in the same city then and would often edit each other’s writing. I started following her Matador blog and soon joined myself. I liked the community instantly. I was back in Canada after a long stretch of living and travelling abroad. I had witnessed a lot of backpacker one-upmanship in Southeast Asia.

In comparison, Matador was so refreshing; a community where people encourage each other with little egotism. I really liked the diversity of the writing too, it felt like a great creative platform for a writer looking to learn from other writers.

What is your role with Matador?
I became an intern with MatadorLife in June. I’m also a regular contributor to MatadorAbroad.

Tell us about your background, academically and professionally.
I studied English Literature at Queen’s University in Canada, and took some wonderful creative writing courses there. Then, I was more geared towards writing poetry, with some pieces in the school paper here and there.

One summer, I took a backpacking trip around England and Ireland. This was pre-Facebook, pre-blogging, and I would send mass trip emails to friends. A few people told me how much they loved reading my accounts. In hindsight, maybe they were just being polite, but it got me thinking about travel narratives and playing around in that genre.

In 2005 I went to Thailand to teach ESL, and spent a lot of time online researching the industry and the culture and travel opportunities. I found a lot of TESL-related forums and Thailand-based teaching blogs on the internet, but many were written by long-term expats and had this cynical, jaded tone.

I got in touch with a Thai tourism website, Khaosan Road, and pitched some teaching stories to them. The editor was wonderful and gave me a lot of creative leeway, and I was brought on staff as a writer-at-large, contributing travel and teaching articles. Since then, I’ve continued to write for the website. 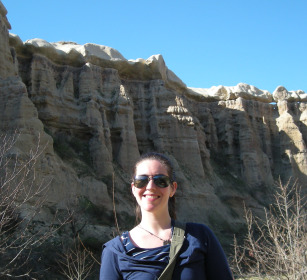 In Cappadochia, Turkey by Nicholas Grecco.

I’ve also taught in South Korea and Turkey, and have taken a 300-hour TESL course at Seneca College in Toronto.

What have been your most meaningful travel experiences?
I can’t call it “travel” per se, but my most meaningful experiences have come out of living and working in different countries. Teaching ESL gives you a longer time to explore a country and get to know the culture. You can form deeper relationships with local people when you’re not just passing through a place.

Also, when you enter the work force, you get a whole new perspective on the country; its work ethic, its education system. You get to really see the dynamic between bosses and employees, children and parents, teachers and students. I think the social elements of a place are just as important and fascinating as its landmarks and UNESCO sites.

A friend and I rode the Trans-Siberian from Beijing to Moscow in 2007. The train stopped frequently, but any changes to the schedule were announced in Russian, so we didn’t understand them. At one stop, we were roaming around the station, thinking we had plenty of time, and didn’t see the train pulling out until it was too late. We were stranded at a tiny, rural stop in Siberia, begging a very unimpressed station manager for help.

After a hefty bribe, a marriage proposal, and a tense taxi ride along Lake Baikal, we met the train at its next stop and sprinted back on as it was pulling out again. We were celebrities for the rest of the trip; people kept stopping by our cabin and saying things in Russian that sounded like mocking.

Earlier on the same trip, I took a 16-hour overnight train in China. I had accidentally purchased a standing ticket, meaning I couldn’t sit down for the whole trip, only lean on fellow standing passengers with my huge, heavy backpack. A compassionate young cook in the dining car saw me sulking and took pity on me. He let me sleep on a bag of cabbages behind the kitchen, sneaking me rice porridge and juice. In return, all he wanted was to borrow my ipod. Turns out his favourite group was the Arctic Monkeys.

I guess I have mixed luck on trains, eh?

Where do you see yourself in 5 years?
A very tough question, and I can’t give a solid answer. I hope to keep growing as a writer and as a teacher. I would like to keep studying language and education, formally or “in the field” though work and travel. I hope to be happy and healthy, and still curious.

What piece of travel writing advice has resonated the most with you?

Sometimes I’ve felt really challenged in understanding a foreign culture. Its gender politics, treatment of animals, or certain laws might spark a strong reaction in me. I’m always hesitant to put those challenges into my writing, though. I don’t want to come across as condemning or imperialistic, so I tend to skirt the issue in favour of the sunnier stuff.

A writer friend of mine pointed out that a traveler doesn’t have to love every place, person and custom. Praise isn’t always the mark of a good traveller, and criticism isn’t always the mark of closed-mindedness. We can’t feel awe all the time; sometimes we feel alarm or shock, and that’s an equally legitimate part of the travel experience. He gave me the line, ‘When in Rome, you may end up judging the Romans.” I’ve never forgotten it.