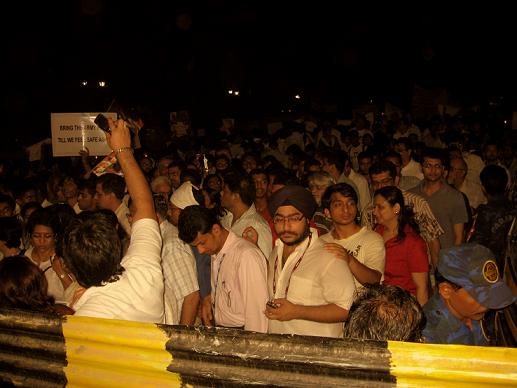 At last count, there were 250,000 people on the streets of Mumbai on December 3, the one week mark of the terrorist attack on Mumbai City. 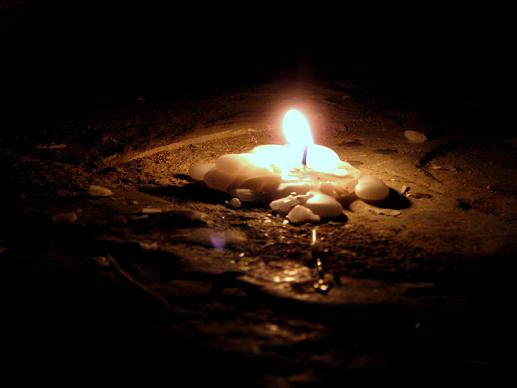 Civilians– old or young, common folk or celebrities, educated or uneducated, Muslim, Hindu, Christian, or Jew. It didn’t matter. They all marched in unison for the same cause, the same country, and the same outcome: Peace. 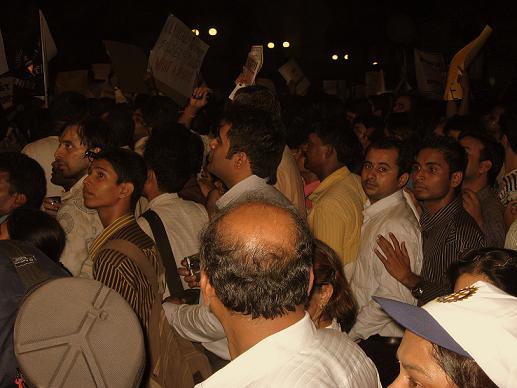 Police and the Royal Action Force were everywhere, with guns in arms, ready to control any unrest. But they didn’t need them. There was no malice or revenge. There was no anger, either. All they wanted was peace and safety, for themselves, their family and their brother and sister Indians. 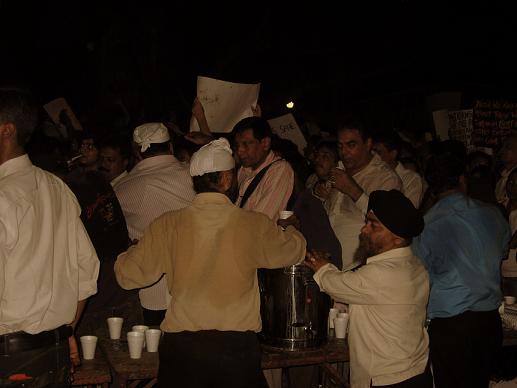 They marched shouting peace, anti war, and political slogans, but the common factor was that they shouted together, moving in the same direction, toward the same goal. Residents of the neighborhood brought water and tea and began distributing it to the crowds. 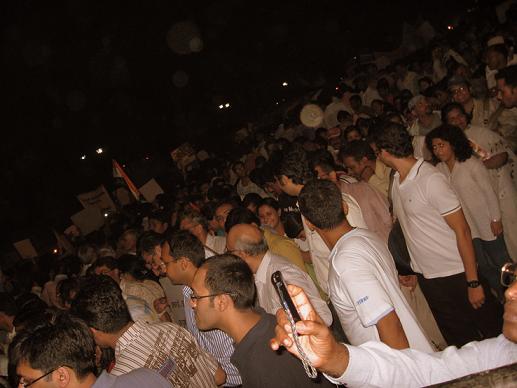 It all began around 5 in the evening; trains headed toward the south end of the city were packed. People wore I LOVE MY COUNTRY t-shirts and carried Indian flags. Once off the trains they walked to their final destination, the gateway of India. Everyone then headed to the sea front to light a candle for the people who perished in the attack. Slowly, dusk set on the city, but the protesting went on. There was no organizational committee or event manager organizing this rally; everyone who was there, was present of their own accord. 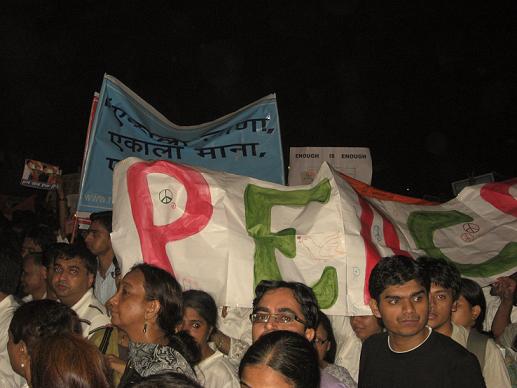 One of the most interesting sights was the gully that led to The Taj Mahal hotel. This road was completely blocked by the police and the Royal action Force. At a discreet distance behind these armed forces stood a row of peaceful citizens. 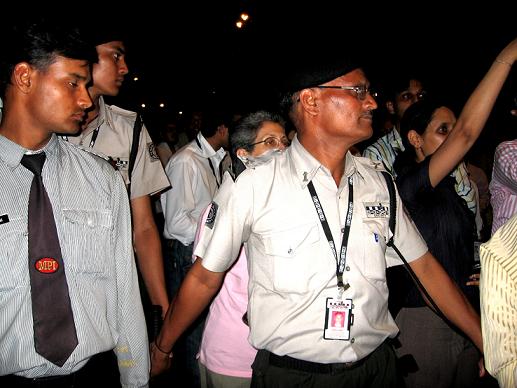 They were employees of the hotel. They stood hand in hand, spread across the whole street as if protecting their hotel. They had their uniforms or their employee ID cards round their necks, and they didn’t budge for most of the evening. When asked about it, one of them replied,

“We are preventing anyone from going down this lane and seeing the hotel. We want to restore it to its previous prestigious glory and then open it to the public so it doesn’t change in any of its patrons’ eyes. We will repair it brick by brick and show the terrorists that did this that they don’t scare us, they can’t change us, and they will never break us”.

Most people walked half way home that night because the thousands of people concentrated on one single street of the city caused havoc with the local transport system. There weren’t any taxis or rickshaws available either. Trains and local buses were full of euphoric citizens cheering each other on for making this day a reality. 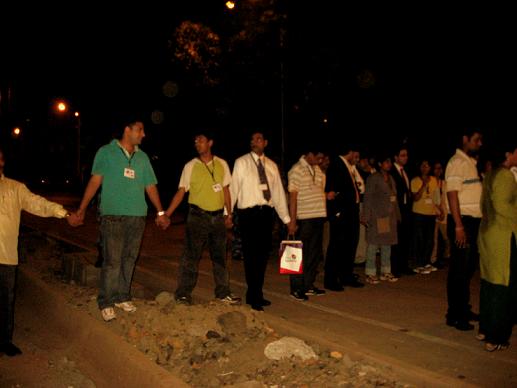 Some people who gathered on that Wednesday decided they would take it further. They have planned to meet on December 12, at the gateway of India, and drive 48 hours to Delhi. There, they will insist the Prime Minister see them and demand reformation. This road trip is called ‘We are coming, Mr. Prime Minister.” You can take a look at its plans, progress, route map and demands from the government here. There is also a human chain from one end of the city to the other planned on this same day.