There’s been lots of interesting travel-related news coming out of Afghanistan lately.

The country’s first national park just opened, part of a US-Afghan joint initiative to kick-start tourism in a country that’s been conflict-ridden for decades. Afghanistan’s tourism minister, Ghulam Farhai, acknowledged that security remains a challenge, but is confident that his country will eventually be “a perfect travel destination.”

He might have a hard time convincing foreign travelers of that if the news from the Kabul Zoo gets any kookier.

Yesterday, Reuters reported that Afghanistan’s sole pig, on display alongside deer and goats at the Kabul Zoo, was quarantined as a precautionary measure against swine flu.

Though zoo officials realize that swine flu is not, in fact, transmitted by pigs, they explained that a special room was built for the sole swine because guests were worried the pig could infect people with the since-renamed H1N1 flu. 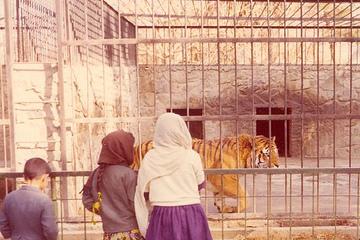 It’s not the first bizarre episode in the zoo’s history, nor is it the only strange sight you’re likely to see if you visit.

In the early 90s, Mujahideen fighters commandeered the zoo, eating the deer and rabbits and shooting the zoo’s only elephant for no apparent reason. Their shells volleyed–and then shattered–the zoo’s aquarium. Then, one of the fighters decided to go for a romp with the zoo’s lions. When one of the lions killed him, the fighter’s brother took revenge, throwing a grenade into the lion’s compound, leaving the other lion blind and toothless.

Clearly, Tourism Minister Farhai has his work cut out for him.