14:22 Mar 7, 2018
Top Countries
Top CitiesView All Destinations
Trending Countries
Trending Cities
Load More
If you thought President Obama had his hands full with GM, the economy, and a Mideast visit, then you haven’t been keeping up with Dear Leader, Kim Jong-il. 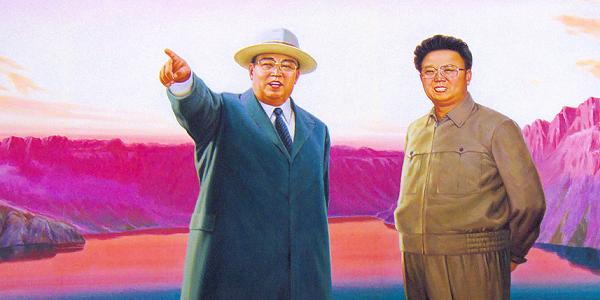 When he’s not testing nukes, naming successors, or trying journalists, Kim (depicted on the right) likes to take in the landscape. Photo: yeowatzup

The world casts a wary eye on most headline-grabbing news from North Korea, as that news is almost never good.

And the news coming out of North Korea this week has been no exception.

Here, in short form, are three top stories you need to know about:

On May 25, North Korea performed the first of at least two nuclear missile tests in recent weeks.

While the rest of the world tries to make nice with each other, North Korea defiantly bucks the trend with these nuclear tests, which, while underground, are no less significant. The tests represent a slap in the face to the international community and foreshadow future troubles.

Not unrelated to the nuke news was yesterday’s announcement that North American journalists Laura Ling and Euna Lee–arrested in North Korea in March–were being put on trial. Ling and Lee were detained and accused of entering the country illegally and with “hostile intent,” reporting for the U.S. based outlet, Current TV.

Political analysts argued that the women have “become bargaining chips in high-stakes negotiations with the United States, which has long sought to end the North’s nuclear ambitions.”

International observers do not expect the trial to be fair or just, and a guilty verdict could result in Ling and Lee being sentenced to serve 10 years hard labor in North Korea.

After overseeing nuclear tests and a sham trial, it’s no wonder that the Dear Leader is tired.

Mid-week, it was announced that Kim Jong-il has hand-picked his successor. Not surprisingly, it’s his son, but what is surprising to some outsiders is that Kim picked his youngest son, Kim Jong-un, rather than his two older sons.

There’s lots of speculation outside the country about why the youngest Kim would be chosen, and for all those juicy details, click on over to this article.

Drink your way across Texas wine country on this Christmas wine train
An epic new bike trail will circle Italy’s largest lake
Celebrate Friendsgiving on a private island in the Florida Keys for just $50 a night
Stay in this luxury ski cabin with private access to an entire mountain resort for just $100 per night
Are masks really protecting travelers from COVID-19 on planes?