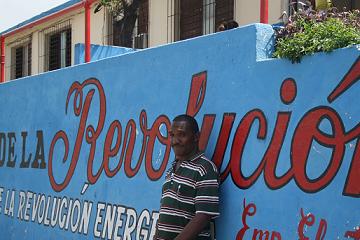 There’s been a lot of talk about changing US policy toward Cuba, and since President Obama took office it’s clear the administration has been taking steps to re-establish some formal diplomatic ties with Cuba.

Today, those steps became tangible as the Obama administration announced that it has officially reversed the travel and money remittance policies that were strengthened by the Bush administration.

Cuban Americans can now visit Cuba as often as they’d like and will be allowed to send more than $300 every three months, which was the previous limit.

In addition to these changes, which were expected, President Obama indicated that the US government will provide licenses to American telecommunications companies in order to extend cell phone and Internet service on the island. Cuban Americans will be able to purchase service for their family members on the island once the basic infrastructure has been improved and expanded.

Now that this part of the arcane US foreign policy has been reversed, perhaps it’s just a matter of time before the Freedom to Travel to Cuba Act–which proposes permitting all Americans to travel to Cuba–is passed.

Regular Matador contributor Audrey Scott just published a thoughtful article on why it makes sense to travel to “rogue states” like Cuba over on Brave New Traveler. Check it out and join the conversation!