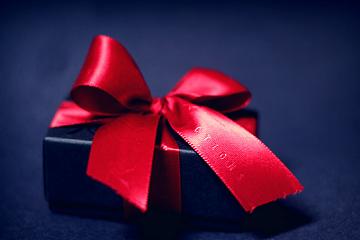 Perhaps you missed the story that was a mere footnote to many newscasts the week of March 6.

During British Prime Minister Gordon Brown’s visit to the U.S., President Obama presented the PM with a rather untraditional gift: a set of 25 DVDs representing the best of America’s film culture. The set included “The Wizard of Oz,” “Schindler’s List,” “Citizen Kane,” and “Psycho.”

Typically, Presidents’ gifts to other sitting heads of state are more symbolic, often with historical or cultural value reaffirming the ties between the two countries.

The HotAir blog called Obama a cheapskate; the U.K.’s Daily Mail was a bit more circumspect, observing that even if PM Brown was a known movie buff, the DVD gift set would have been hopelessly gauche compared to the thoughtful gifts Brown presented to the President, including “an ornamental pen holder made from the timbers of the Victorian anti-slave ship HMS Gannet.”

President Obama and his wife were also criticized for the gifts they selected for the Prime Minister’s children: two models of the presidential helicopter. The Browns, meanwhile, presented the President’s daughters with books and outfits.

One British journalist argued that the DVD box set was just one symbol of Obama’s brush-off of Brown, kvetching that Obama failed to hold a traditional joint press conference, as is customary during a British PM’s visit. “Obama really just didn’t like having the Brits in town,” the journalist said.

What do you think? Was the DVD box set a bad gift? And does it even really matter?

This tunnel under the Baltic Sea will be the longest immersed tunnel in the world
Woman finds guns, typewriter made of human teeth, and more behind locked door in Airbnb
The longest pedestrian suspension bridge in the world is opening in Portugal
The longest mountain coaster in North America just opened in Lake Placid
Several European countries are reintroducing lockdowns