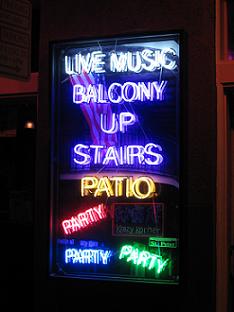 I’ve just arrived back in New Orleans for a second visit, after catching a serious case of the smittens for the city when I was here in March.

It’s one of those places that catches hold of people – I’ve lost count of the stories I’ve heard from people here, who arrived on holiday however many years back and never did manage to leave. It’s always “I came down here to party after college graduation…and never left,” or “I came down here 16 years ago… been here since.”

New Orleans is not a place that people gravitate to for logical reasons – it never seems to be about the job market or housing prices or an of the usual reasons people pick up and move their lives cross-country. At the risk of sounding completely corny, I’ll say it: there’s something almost mystical about the power this city holds over people.

I’m not the only Matador member who’s caught the New Orleans fever at one time or another. Here’s some of the best NOLA-related content on the network:

My Pulse co-editor Julie headed down this way in June, and turned out several great articles: Top 10 Reasons To Travel To New Orleans NOW (a must-read!), Top 6 Volunteer Experiences In New Orleans, and The Peace Corps For Cooks: Volunteer Travel With The Culinary Corps.

There’s something almost mystical about the power this city holds over people.

In Matador’s Traverse Magazine, Trips editor Tim Patterson interviewed Katherine Burgess, an urban planning student who got involved in the post-Katrina re-building: From Berlin To The Bayou.

Over at Brave New Traveler, Eric Daams tackled the touchy subject of ‘dark tourism’ – including the Hurricane Katrina tours on offer here.

Matador member Olivebeard has spent a lot of time in New Orleans since his parents relocated here. Check out his blogs: How The Grinch Gave Christmas Back, and Cajun-Tossing and Other Signs of Happiness.

Finally, I posted a few items from here myself: in Faulkner on New Orleans I shared the best description I’ve yet read of the city, and wrote about my impressions of voluntourism in the city in the blog post Seen & Heard.