I hate to admit it, but after awhile the grim headlines from around the world can become a bit of a blur: Kidnappings, floods, shootings, famine, bombings… 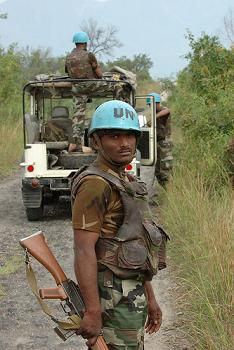 You can become numb to the lives being disrupted and destroyed, not only in those far-away obscure places but at home, too.

Then one day, a headline catches your eye: Canadian UN Envoy Missing in Niger

You don’t plan to click the link, but you skim the two-line teaser anyway. And that’s when the story really grabs your attention:

A retired Canadian diplomat and his aide have disappeared in west Africa while on a United Nations mission.

Sure, except for just one thing: I know Robert Fowler.

I went to school with his daughter for years; he was the Deputy Minister of Defence, then, and kind of a big deal on the playground. Not for his government credentials, but because every holiday, without fail, saw Bob Fowler walk into our classroom midway through the day with enough Dairy Queen ice cream cake to go around.

The man was a legend for his ice cream cakes.

That kind of thing can really make an impact on a kid. A few years later, Fowler was implicated, in some quarters, in the infamous Somalia Affair, the beating death of a Somali teen by Canadian soldiers on a UN peacekeeping mission.

The incident only came to light after an apparent cover-up effort by the Department of National Defence (DND), and needless to say, it was one of Canada’s most shameful moments.

Anyhow, at the time I can recall overhearing some grownups talking. Robert Fowler had been the second-in-command at DND throughout, and I remember hearing them say gleefully that they hoped Bob Fowler would land in prison for the whole mess.

I remember the sick, awkward feeling I had, overhearing that conversation — how could anyone wish harm on the man who brought us ice cream cake every Valentine’s Day? how would my classmate feel if her dad went to prison? — and I had that same, sick feeling tonight, learning of his disappearance.

I can only hope that he’ll be found, safe and sound, as soon as possible.