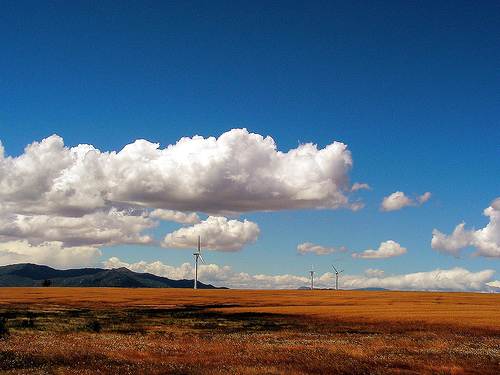 Stephanie Nolen, the Globe and Mail’s one-woman African bureau, is one of my favourite journalists — heck, one of my favourite writers in any genre. For the past five years, I’ve been following her stories from the Congo, from Rwanda, from Mali, and from her base in Johannesburg, South Africa.

So I was saddened today to read that she’s leaving Africa, and instead moving to a new Globe India bureau in New Delhi. India will be lucky to have her, and I’ll look forward to her dispatches, but I can’t help but be sorry that South Africa is losing such a powerful voice.

The Globe and Mail has just posted Nolen’s final thoughts from Jo’burg, and a few of my favourite passages are below.

I’ve quoted at length because Nolen’s excellent farewell essay is likely to be behind a subscriber wall pretty soon. If you do get a chance to read the whole thing, though, please do so!

On the crush of foreign press outside the Taj Hotel during the Mumbai attacks:

In five years as this newspaper’s Africa correspondent, I found myself in such a crush of reporters just three times — at the 10th anniversary of Rwanda’s genocide, the controversial 2005 elections in Zimbabwe and the ousting of South African president Thabo Mbeki as head of the African National Congress a year ago. Ninety-nine per cent of the time, I was alone.

Even on really big stories — like the start of the latest war in the Democratic Republic of the Congo, in which 350,000 people have fled their homes — there was exactly one other foreign correspondent with me at the front line.

On the recent outbreak of xenophobic violence in South Africa:

Five years slipped by. Then one day this past May, I found myself in the township of Ramaphosa, just a 20-minute drive from my house, looking at a charred, smouldering heap of ash where a mob of South Africans had beaten a man to the ground and then burned him alive hours before, because he was a foreigner…

This was the kind of story I covered in other countries — Congo, Sierra Leone, Zimbabwe. Not here. Jo’burg was the place I came home to, the place that kept me hopeful. How could this be happening? 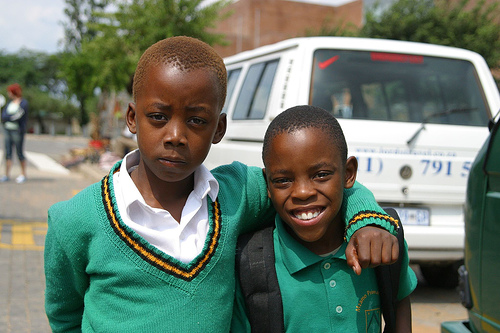 And on the post-election violence in Kenya:

There was no shortage of reasons to despair. A few months earlier, I had been in Kenya — lovely, peaceful, stable Kenya, another country that usually offered respite. But this time Kenya was the story: Frustration at a rigged election ignited decades-old anger over land rights and political marginalization.

Soon, 1,300 people were dead, most of them killed with machetes or bows and arrows, and 350,000 were homeless, including a woman I interviewed who was in early labour and sheltering in a horse stall in an old fair ground. Again, I had that sense of being in a familiar, well-loved place I could no longer recognize.

On the lack of change in some countries:

When I began to plan the last trips I would take in Africa, the World Food Program was urging me to go to Ethiopia, where 12 million people are now critically short of food. There is a risk of a famine on the scale of the infamous starvation of 1984, the LiveAid famine, when a million people died. But I couldn’t bear it. I couldn’t go to Ethiopia for a fourth time and write about incipient famine — not again.

On positive change, and one of the first South African AIDS activists she ever interviewed:

The first time I interviewed Zackie, he was charming and helpful, but chalky and sweaty; he moved with a sort of trepidation, as if he had ground glass in his shoes. He had not long to live. But a few months after I moved to Jo’burg, he won: Drug companies slashed prices of AIDS medications for Africa. The government announced that it would provide treatment free in public hospitals. And Zackie took his first handful of antiretroviral pills.

I remember writing the last words in that first article, the electric, unexpected happy ending — and I remember the conversation I had the next day with my friend Sisonke Msimang, an AIDS activist, about the government’s backtrack announcement. She said, “This country always comes right in the end.” 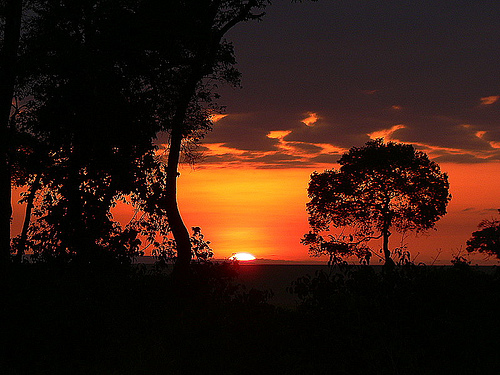 On good news and bad news:

I realized that in my bleaker moments, I was doing what I often chided others for — seeing Africa as an unchanging disaster and not realizing that between this coup or that rebel insurgency, change was happening — sometimes almost imperceptibly slowly, but definitely, defiantly happening.

I started this job well aware of the preponderance of negative coverage of Africa in the Western media. When I arrived in Jo’burg, I had to face the suspicion of African journalists who were sure I was there to serve up more bad news based on a limited understanding of the place. So I was determined to tell the good news, as often as I could, even if famines and mass rape did demand my frequent attention.

On what she’ll take with her after five years in Africa:

I take other things away from Africa, such as patience — there’s nothing like the Nigerian Ministry of Information to teach you patience.

I also found a greater capacity for rage, although my partner Meril gently points out that mine was already considerable. It drove me nearly mad to spend weeks in the depopulated villages of Swaziland or barren clinics of Malawi and then fly home to Canada on a rare visit and find that no one knew or cared that the people I had just spent time with were going to die, for no reason other than that they were African.

Many died. But others got well. Ibrahim Umoru, a Nigerian AIDS activist whose bean-pole legs were covered in scabs and scars when I met him four years ago, e-mailed me pictures of his brand-new baby this week.

I leave Africa knowing how little I know about what’s possible.

You can find several of Stephanie Nolen’s African dispatches on her website. Stay tuned for her reports from India, in the Globe and Mail beginning next month.