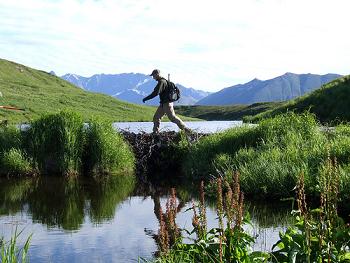 Of all the travel destinations that are uniquely American, perhaps none are more cherished than the system of national parks.

From Assateague National Seashore in Maryland, where wild horses roam the beaches, to Alaska’s Glacier National Park, Americans can be assured that some of the nation’s most compelling landscapes and important historical sites are preserved for perpetuity.

Yet it’s precisely because the parks are so American that they are also frequently the sites of conflict and controversy. In recent years, passionate debates have arisen between advocates and opponents of oil drilling in the nation’s western parks, off-road vehicle access, and–just this week– the right to pack heat while on a national parks vacation.

This latest debate, which has stirred up the ire of gun-rights activists, has gone beyond petty bickering and has been keeping Congress busy as they consider an NRA-lobbied bill which would:

ease the ban on loaded weapons within some of the 58 national parks and 333 other sites managed by the U.S. National Park Service. [The] proposed rule change… would allow visitors with concealed weapons permits to carry their firearms in national parks, as long as doing so also would be legal under state law. Rifles and shotguns and “open carry” of loaded handguns would remain illegal in the parks.

Are you a national parks afficionado? What’s your stance on the guns-in-parks debate? Share your thoughts below!

Royal Caribbean is looking for volunteers for ‘simulated cruises’
The most underrated food cities, according to 250 chefs and experts
This interactive map shows where you can travel this winter, and where you can’t
Drink your way across Texas wine country on this Christmas wine train
New COVID-19 regulations ban anyone from entering or leaving Scotland