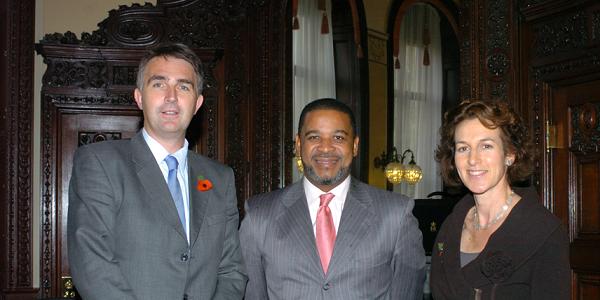 As many of their neighbors celebrate 40 years or more of independence, residents of the Turks & Caicos woke up this morning to learn that their islands have become a colony… again.

Nobody says postcolonialism’s been easy.

To go from a state of dependence to one of autonomy with little support has proven understandably challenging for many of Europe’s former colonial states, especially the small islands of the Caribbean. And in the age of globalization, which has prompted a form of economic neo-colonialism, fledgling independent governments have struggled to develop infrastructure, support, and services for their citizens.

Economies have hiccuped as traditional sources of labor and income have disappeared in the past decade, prompting many countries to focus almost exclusively on tourism as an industry (which was fine until the global economic crisis hit, literally shuttering hotels on some of the smaller islands).

With all the challenges, though, few of the newly independent nations have been interested in reverting back to colonial status. That’s just what happened today in the Turks and Caicos Islands, though local news reflects widespread discontent with the action, which resulted in the suspension of the TCI’s Constitution and the dismissal of the islands’ House of Assembly.

It’s true that the Turks and Caicos have been undergoing political challenges that may be unique: the government has been accused of rampant corruption and the economy has been in a shambles. But critics charge that the TCI haven’t received the support they need to really achieve independence in the fullest sense of the word, and that the rollback to colonialism is punitive and infantilizing.

“The move is a smack in the face of democracy and a backward step to colonialism.”

A British governor, Gordon Wetherell, was appointed to serve as head of government; Wetherell, in turn, has begun appointing other Brits for key government positions, including chief executive of TCI public service. “Belongers” (locals) will be appointed to serve on an Advisory Council and a Consultative Forum, though the functions and specific level of influence these entities will have are not yet clear.

The move is a “smack in the face of democracy” and a “backward step to colonialism,” according to Rosalind Cummings-Yeates, a Chicago-based travel writer who commented about the take-over on Twitter.

Learn more about colonialism, postcolonialism, and independence movements in the Caribbean: