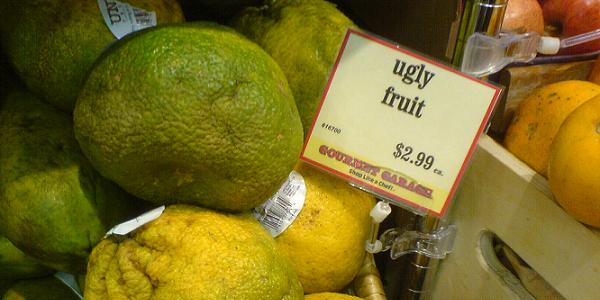 Amidst news of electoral fraud and a coup, it’s nice to know that some governments are grappling with some, uh, serious issues.

Among the stranger news items we’ve come across this week was this report, which announced that the European Union will be permitting “ugly” fruits and vegetables to return to store produce aisles today after a 20 year ban.

Diana Henry, a popular food personality in the UK, was quoted in the article as saying EU pols “‘don’t know what to do with their time.'” The same thought crossed my mind, as did this one: What happened to all that perfectly good food that just wasn’t pretty enough for customers’ consumption?

Want to get your hands dirty? Want to know where your food comes from? Consider volunteering as a WWOOFer (Worldwide Opportunities on Organic Farms). Laurie Pickard’s “A First-Timer’s Guide to WWOOF-ing” tells you everything you’ll need to know.

Scientists to dive into an unexplored ‘blue hole’ at the bottom of the ocean
This map shows how weak US passports are right now
This small and remote Scottish island is looking for new residents
This 136-day cruise around the world will take you to 27 countries starting in 2021
Paris is full of fake buildings hidden in plain sight. Here is where they are.