[Editor’s Note: This is the first article in an occasional series from guest writers responding to the prompt, “What’s going on in your country?”]

In Madagascar, history repeats itself. 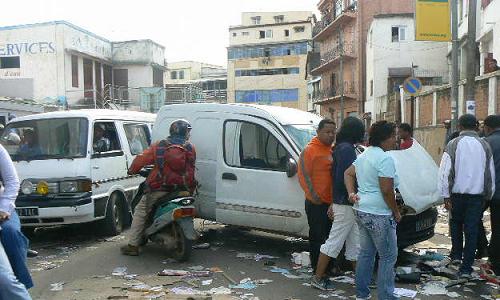 The past few months have been unfortunate for Madagascar.

A series of tropical storms hit both the east and the west coasts, leaving more than 40,000 people roofless and recovering from floods. However, if you were in Madagascar the near complete destruction of infrastructure would be an afterthought because a chain of political and social unrest has hit the country with equal force.

To understand how a country better known for its unique biodiversity has gotten to this point, one must go back seven years, when long-time president of Madagascar, Didier Ratsiraka, was ousted by a young up and coming self-made businessman, Marc Ravalomanana.

After a close and contentious election, Ravalomanana claimed the presidency, carried by his strong popularity in Antananarivo, the capital city. Ravalomanana showcased his popularity with street demonstrations that ultimately forced Ratsiraka out.

For the next six years, Ravalomanana ruled uncontested and the GDP of Madagascar grew steadily under his watch, but some would argue it was at the expense of the poorest.

But tensions became apparent when a series of unpopular measures brought a new mayor into office in Antananarivo, defeating Ravalomanana’s protégé. The new mayor, Andry Rajoelina, is a young, dynamic, self-made businessman, quite popular in the city.

Ravalomanana and Rajoelina were so alike they could only dislike each other, and some measures in past months brought out the tension to open confrontation. First, there was the decision to lease a major portion of the arable land in Madagascar to Daewoo Logistics at an outrageous discount price in exchange for help for land development. Cries of agricultural neo-colonialism led to the deal being put on hold.

Then, the private TV station of Andry Rajoelina was ordered to close because it was allegedly at risk of causing social unrest. Things only escalated: Rajoelina issued an ultimatum to Ravalomanana to reopen his television station or else.

That “else” was the call for a national strike on January 26th. Unfortunately, public demonstration quickly got totally out of control on either side, and reports of looting, arson, and various acts of vandalism came out on the Internet. Most radio and TV stations were shut down, as well as most businesses. 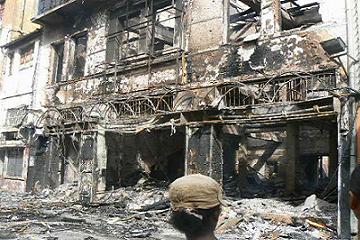 The nation is currently at a standstill because the location of the president is unknown and the police forces seem strangely absent. People are under a self-imposed curfew as fires are set ablaze and gun shots are heard. Fires have now come very close to national oil reservoirs.

One expects the unrest to spread to the other major cities if the current situation perseveres. Reports are still pouring in that citizens are now self-organizing for the protection of their neighborhoods because they cannot wait for authorities to show up anymore.

It is still unclear how this unrest will come to an end.

Tagged
News Madagascar
What did you think of this story?
Meh
Good
Awesome

Three stories from under the radar: Brazil, Madagascar, and a few ugly Eco-disasters

Smoke tourism: A cigarette lover’s guide to puffing around the world

The 7 most amazing wildlife experiences in Madagascar