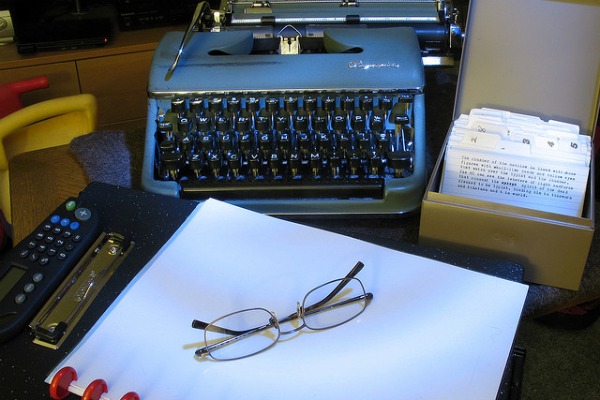 Known by participants as “NaNoWriMo,” National Novel Writing Month was started in 1999 by freelance writer Chris Baty and “20 other overcaffeinated yahoos.” Of the 21 original participants, 6 managed to complete the task of writing 50,000 words in one month. Since 1999, the contest has grown to include over 167,000 writers in 2009. This year, Matadorians take up the challenge.

I was able to talk with four NaNoWriMo participants to find out what inspired them to sign up, what they’re writing about, and how their novels are progressing at week one. 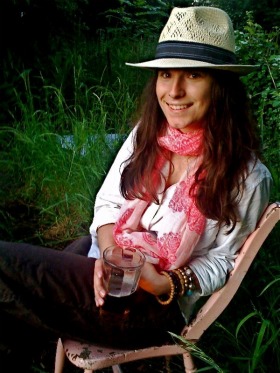 Alright, so what made you decide to give the contest a go this year?

I’ve wanted to participate for the past few years, but I never felt the circumstances were quite right – first I was working on my MA, then I’d just finished it and wanted a break. This year would probably have been the same – I was going around saying, “Oh, I’d love to, but I’m just not sure I’ll have the time.” – but a friend pointed out to me that when he participated last year, his wife had just given birth to their first son.

I suddenly remembered: it’s supposed to be a challenge. (Also, I’m not that busy – I have a day job. Most people have day jobs). What clinched it for me was the encouragement I received when I tentatively announced that I was going to do it.

I’ve primarily written nonfiction in the past, so I think NaNoWriMo will be good for me in a variety of ways. It’s a bit beyond my comfort zone, but more importantly, I won’t have the time to obsess over details, word choice, research, editing, rewriting. It’ll be a much-needed lesson in letting loose. I don’t think I’m about to pen a Booker-prize-worthy piece of fiction, but I do hope that by the end of the month, I’ll be feeling creatively invigorated (if a little tired).

What are you writing about? Have you chosen the setting?

Although where plot is concerned I have only the vaguest sense of what is going to happen, I do know that my novel is going to be divided into three parts, each part set in a different place: Greece, England, and Kenya. In a way, each setting is going to be a sort of secondary main character. The main character herself is an American, but she’ll never be seen in her home country – I like the idea of writing something about someone who’s geographically dislocated from her birthplace.

Talk to me next week and it will probably turn out to be about something completely different.

How is your first week going?

Slowly! I didn’t write a single word on the first day, which automatically set me back. But I’m an excellent (and practiced) procrastinator, and I still have plenty of time.

On an emotional level, though, it’s going well – I still feel pumped and optimistic about it. 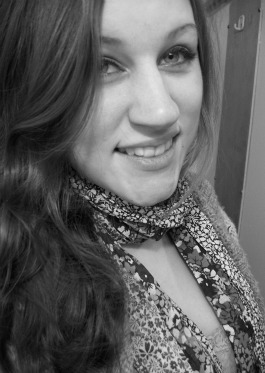 What made you decide to participate in NaNoWriMo?

I’ve always been keen on the idea of writing a novel – but as a master procrastinator I never managed to get past that stage. I decided to do NaNoWriMo really last-minute; I figured this would be the best way to get the ball rolling. Of course, my procrastination comes through when I know I have a word-count I have to reach each day; I’m really quite bad at staying on top of that!

What are you writing about? Have you chosen the setting?

I’m writing a historical fiction novel about the rise and fall of Henri Toulouse-Lautrec in Montmartre – totally nerdy, right? He was such an interesting guy; he once said that “love is when the desire to be desired takes you so badly that you feel you could die of it.” That should give you some idea of where I’m going with my plot. It’s not going to be a romance by any means, I couldn’t live with myself if I did that, but rather an intimate look at Henri’s struggles for acceptance.

How was the first week of novel writing?

I am ridiculously behind! So ridiculously behind that I won’t actually disclose my word-count at the moment – it’s horrifying. But hopefully I can get down to business and catch up soon. My first couple of days were really dedicated simply to figuring out what I wanted to write about and then doing the necessary research. 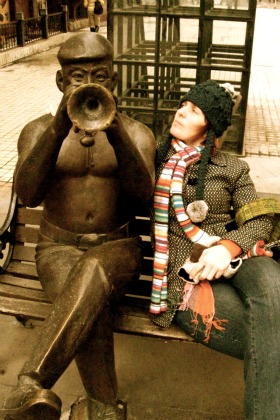 Why did you decide to do NaNoWriMo?

It was a combination of two things, or rather, two people: Shantiwallah, aka Marie Szamborski, from MatadorU kept daring me on Twitter to do it and be her writing buddy, and another woman on Twitter, an American home schooling her daughter in Vancouver. She kept talking about how she and her nine-year-old were both attempting it as part of her daughter’s education. The way she phrased it was, she was modeling risk-taking.

I decided to do it partly because of their encouragement and partly because I am not and never have been a fiction writer. It scares the crap out of me, to be honest. I’m good at description and that’s what I do in my blogging, but I have no real history of trying to write long, fictional narratives. It’s a self-challenge. I have no idea if I can do it.

What and where are you writing about?

Um, because it was such a last minute decision to do this (like, last week) I didn’t have much time to plan it or outline it or anything. I’m kind of flying by the seat of my pants. I’ve set it in Shanghai, but it involves a 15-year-old girl, a deaf lip-reading cat, and (sigh) a few well-educated and erudite monsters who are searching for a colleague who had suddenly vanished on a holiday to Yangshuo.

It sounds absurd, but I’m trying to make it as casually normal as possible. It’s kind of about adaptation and fitting in to a place (or not).

So today is day three, how are things?

Ahead of schedule (just over 5k words) but now, day four, I’m tired and have a lot of schoolwork to do and feel quite overwhelmed. 1600 words a day is quite hard. 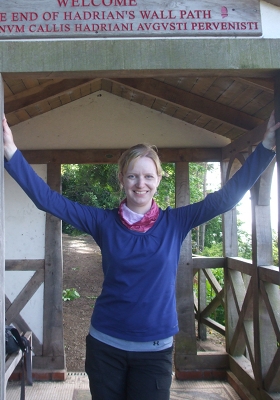 So you’re obviously already doing a good amount of writing in your role as Co-Editor of Matador Nights, what made you decide to sign up for NaNoWriMo?

Have you decided what you’ll be writing about?

I am writing about families and relationships – secrets and the complicated dynamics. It is set, as far as I know right now, in a small town, but the main character is a traveler, and I’m not sure yet where she’ll end up.

How are you feeling about your progress?

The first week has already been challenging and is going slowly (won’t say my word count as I already feel behind!), but I’m hoping that it will get better. There’s a fairly large part of my mind that is saying, “Really, what do you think you’re doing? You think you have time for this?” The other, smaller part, is saying, “Well, why not.” And I think that it’s much easier to listen to the larger part – it’s simpler to not do something. But, it’s the things that are the most important that come from listening to the “why not?” side of your brain.

Also, there is, I feel, an inherent terror when sitting down at a computer or with paper and a pen and just making something up. But sitting down and actively facing that fear each day is something that I’m glad I’m finally making myself work on and something that without a deadline, it’s even more difficult to do. As Hemingway said, “There is nothing to writing. All you do is sit down at a typewriter and bleed.”

Have you thought about joining in for National Novel Writing Month?

Share some encouragement for these writers as they move toward their goal of 50,000 words by November 30th!