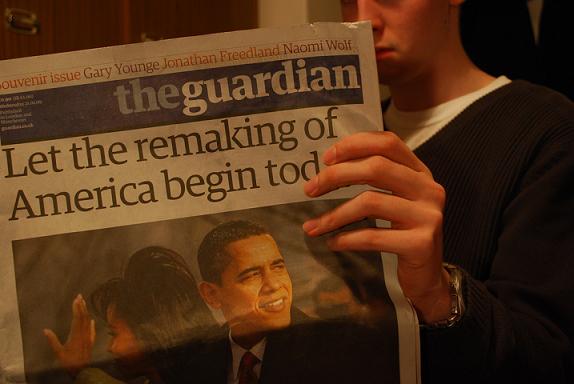 The blogosphere and mainstream media have been abuzz with praise and criticism about President Obama’s Cabinet picks, as well as other key appointments.

Observers and analysts have noted that the President has striven to create a balanced administration, one in which non-traditional appointees with limited government experience are given equal input alongside seasoned politicians who possess solid government credentials.

One of the more interesting aspects of the Obama administration, however, is the number of 20-somethings assuming posts of importance and responsibility.

Here’s a look at Obama’s young guns– the 20-somethings we’re likely to see and hear from a lot in the next four years:

Obama’s speechwriter coined the “Yes We Can” motto that became the rallying cry of Obama supporters during the campaign. Favreau actually began his career, though, as a freshly minted college grad hired by John Kerry during his presidential bid in 2004. 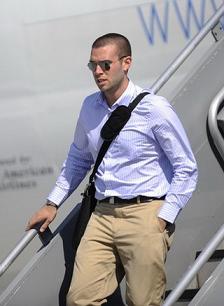 Favreau met President Obama backstage during the 2004 Democratic convention just before Obama gave the electrifying speech that effectively launched his national political career. Favreau impressed Obama when he boldly interrupted the senator– who was practicing his speech– to suggest a line rewrite.

While Favreau has had his less shining moments–most notably a mini-scandal in which a photo of him groping a cardboard cut-out of Hillary Clinton surfaced on Facebook– Favreau’s speeches have been so moving and effective that such immature indiscretions have been largely overlooked.

Kang, a first-generation Korean American whose title is “Special Assistant to the President,” got an early start to his own political career. Before joining the Obama administration, he ran for Ann Arbor, Michigan City Council while still a senior at the University of Michigan. Though he lost by just 90 votes, Kang sharpened his political acumen and proved his mettle, earning him a place in the Obama White House. 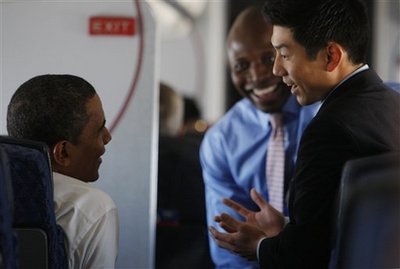 Love has been appointed the President’s Personal Aide, a promotion he received in 2008 after serving as a staff assistant to the President in 2007. Love is a graduate of Duke University, holding a degree in political science. While at Duke, he played basketball, and is Team Obama’s #1 baller.

While it may seem demeaning to fetch the President’s coffee (but hey, it’s a job I’d be pretty happy to have), Love showed that he’s capable of influencing Obama: he’s credited with teaching Obama the fist-bump… and introducing him to Jay-Z. The men worked out together each morning during the campaign.

Love may also be Obama’s closest competitor for a nomination as the administration’s most handsome man. People Magazine named him one of America’s most eligible bachelors, and Vanity Fair concurred that Love is a hot item. Johnson has been selected to serve as President Obama’s personal secretary. A graduate of Wellesley (like Secretary of State, Hillary Clinton), Johnson has been described by others in the administration as “highly qualified” for her post.

During the campaign, she was a key aide to Obama’s campaign manager, David Plouffe, proving herself to be an organized and invaluable team player.

Johnson has a BA in political science. While at Wellesley, she interned for Hillary Clinton. She has since worked as a campaign field organizer at the state level and gained legal experience as a paralegal for a New York City firm.

Johnson is accustomed to being cool under pressure: before accepting her current position, she not only worked with the calm and affable Plouffe; she also worked with the explosive Rahm Emanuel for two years during Emanuel’s tenure as the head of the Democratic Congressional Campaign Committee.