Berlin is the capital of Germany and somewhat the opposite of what the traditional German city looks like. Here in Berlin our sausages – or wursts – are with ketchup and curry instead of mustard. And this is just a small part of how different and amazing Berlin is.

Here are the ten reasons why you should move to Berlin now.

1. Life is cheap, and it is ok to live with almost no money.

I’m not saying that everything is dirt cheap, but Berlin is one of the cheaper western European capitals to live. The city functions in a way that helps those who don’t make a lot of money: trading things instead of buying, loads of thrift stores for stylish and cheap clothes, support from the government, jumping on bikes, a culture of recycling instead of disposing is huge; and you’ll find loads of people and businesses that help the community over making a huge profit. All this combined makes Berlin one of the cheapest and coolest cities to live.

2. Berlin is a big chameleon, it is always changing. 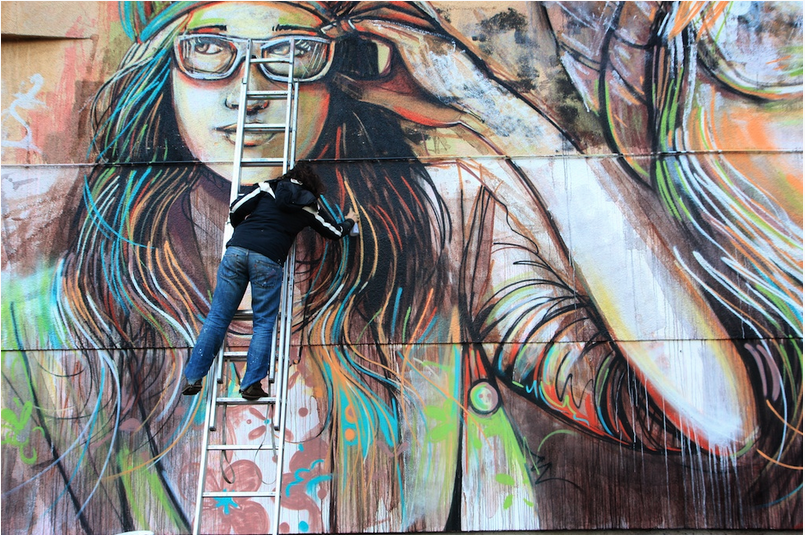 There’s one reason why David Bowie felt so connected to this city, right? Berlin changes all the time. East and west, cold war, first world war, Weimar Republic, second world war, the techno scene’s rise, the unified Berlin, the gentrified Berlin — Berlin was and is so many things at the same time. Yes, you can find people missing the old days where you could make a party in any abandoned place around the city but let’s be honest, Berlin is still super amazing. There’s a lot of nostalgia but there’s a huge amount to look forward to!

4. There’s a lot happening every day, all the time.

Shows, parties, vernissages, openings, restaurants, workshops, talks, events, open air festivals, bars and even orgies! Berlin has something for all kinds of people, whenever you want! Do you want to go to a punk bar at 9 am on a Sunday? There’s Trinkteufel in Kreuzberg, and this place never closes its doors during weekends. Do you want to go to a sex club? Try KitKat club! I promise you that only the name will remind you of your childhood. Want do a calligraphy workshop or a collage workshop or even learn how to fix your bike? Places like Køpi 137, Betahaus and ESDIP sometimes hold workshops with the most unusual and different range of subjects.

5. Cafes and good food are almost as common as parks. 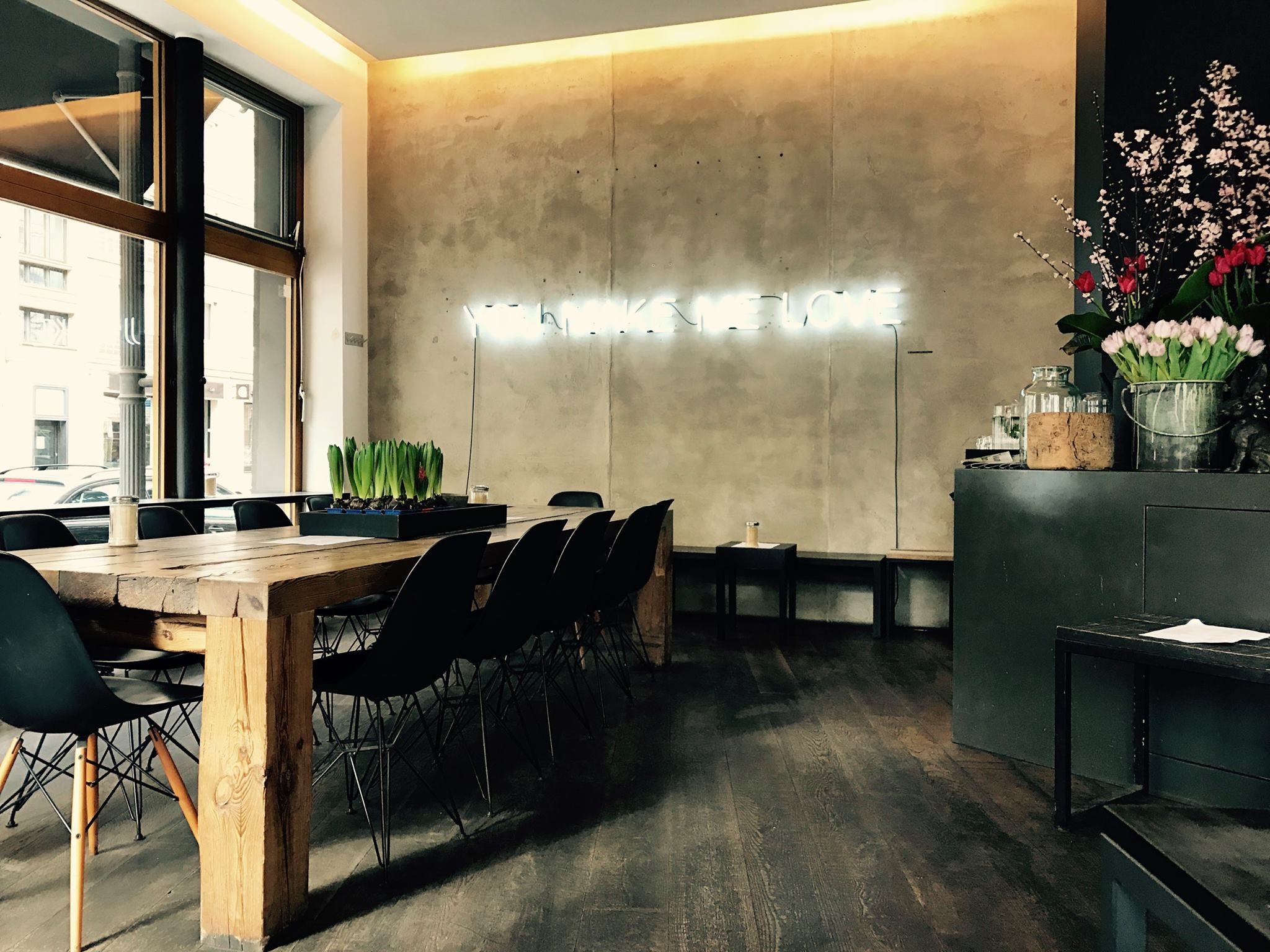 Berlin has everything, from Sudanese food at Sahara to an authentic Brazilian or Argentinian steak in Sudaka to North Korean at Arirang. You’ll find everything! Berlin is also home of great Turkish and Arabic food, just stroll around Sonnenallee and try Azzam. If you’re into burgers, BBI is the place to be. And if you’re feeling like Chinese food, head to Kantstrasse in Charlottenburg. The best part of all is that none of those places are expensive. You can eat a decent meal most of the time for around 5 to 10 euros with drinks included!

6. Nobody cares about the way you look.

I guess this is one of the most impressive ways of experiencing freedom I ever had. Having the absolute freedom to dress up the way you want it – or sometimes leave your house in your PJs if you must – it is magical. In Berlin, as mentioned before, nobody gives a f*ck about what you’re doing as long as you’re not interfering with somebody else’s life too much. So move to Berlin and be yourself.

7. The public transport is great 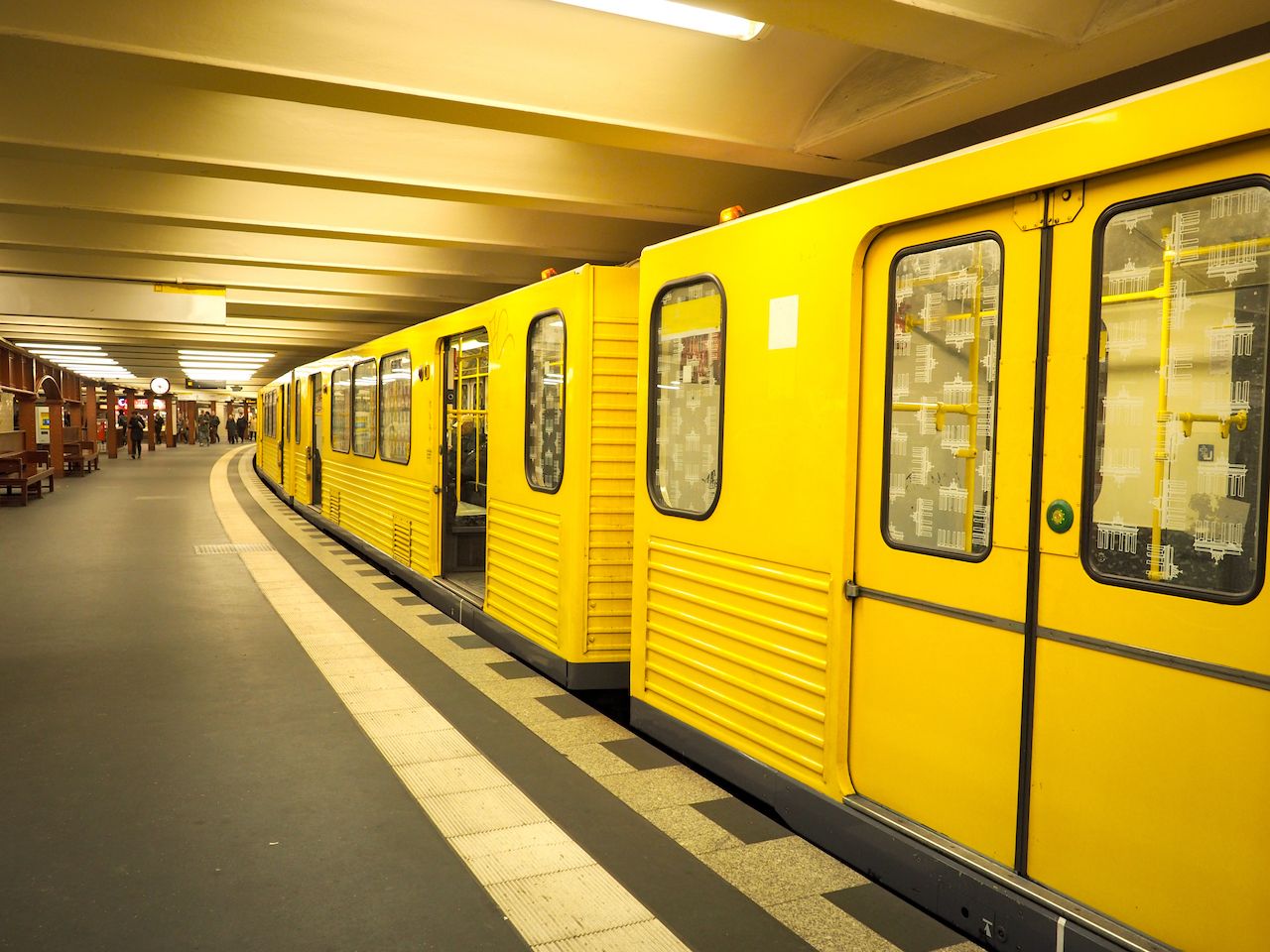 I’m not saying that is perfect, but it is super reliable and can get you anywhere in and around the city. Trams, U-bahns, S-Bahns, buses, and even ferries! With just one ticket! Cars are unnecessary in Berlin. Having a bike and a 2.80€ ticket is all you need to go from the south to the north of this amazing city we love so much.

8. Beer is cheaper than water.

I guess this one is a big cliche but, don’t we all love a cliche sometimes? Germany loves beer, and although Berlin is not traditional Germany, somethings you can’t change. Berliners love their beers. And you can buy a pleasant and drinkable beer for as little as 19 cents if you shop at the supermarket. At the spätkauf – or just späti for the locals – beers range from 55 cents to almost 2€. While water is usually 1 or 1,50 € to 2€ a bottle. And another interesting fact is that once you find three empty bottles around the city, you can trade these in and have a free beer! 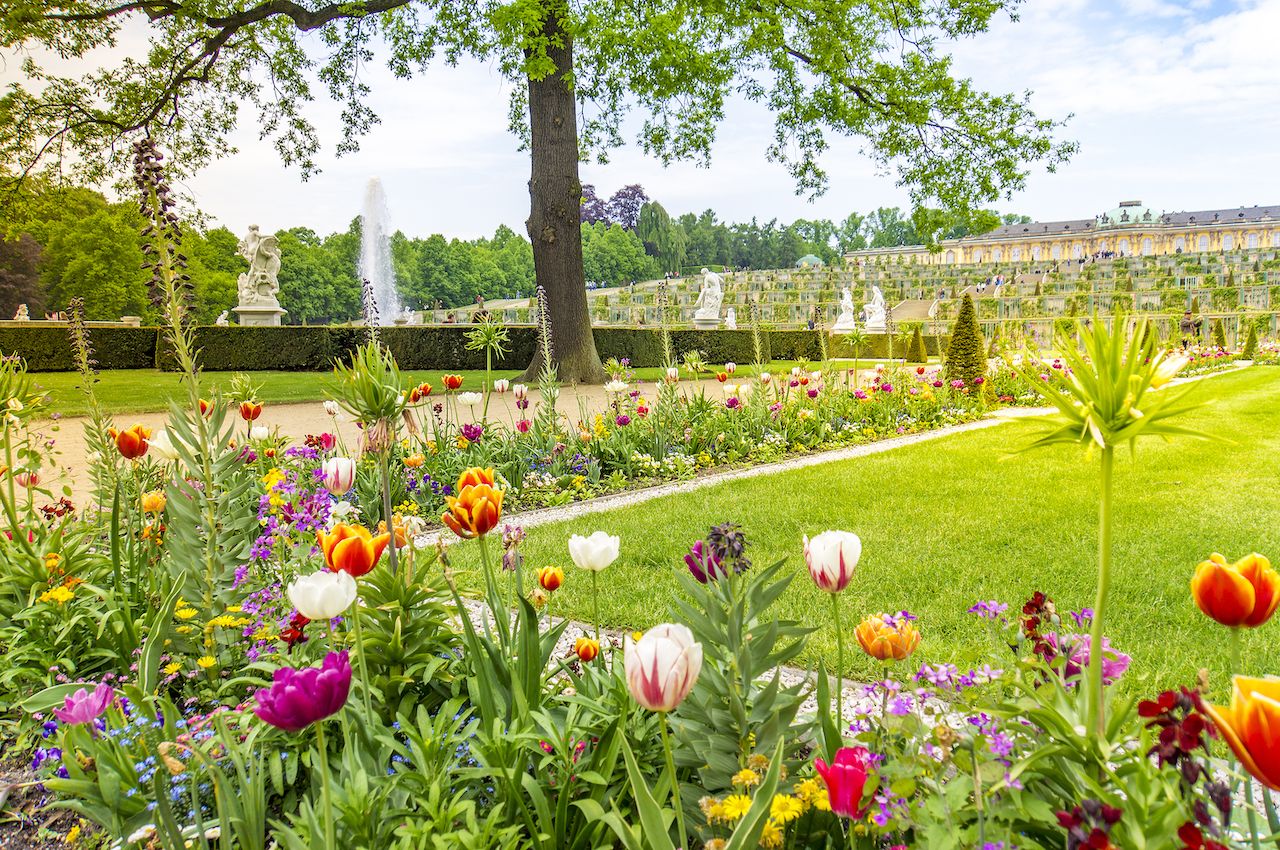 Everywhere you look, every corner you turn you’ll see either a park or a community garden. Berlin for many years was very poor. The government injected and community injected a huge amount of energy into developing parks. The Görlitzer Park and my personal favorite, Tempelhof, are super examples of this. Tempelhof used to be one of the largest airports in Europe. Today you can lay on the grass among deserted planes or ride your bike on the runway.

10. Berlin has the best nightlife in Europe, but the bars are just as amazing. 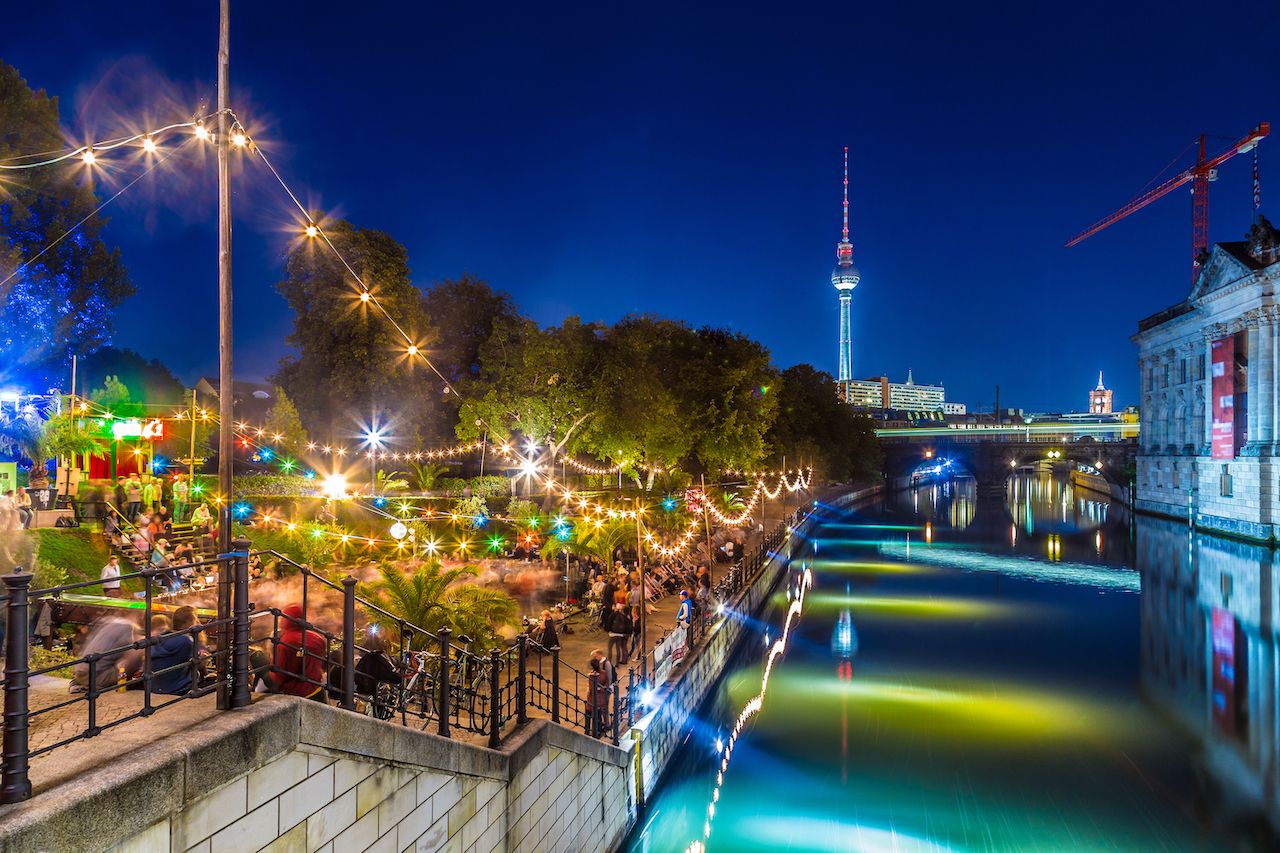 Berlin is home to legendary clubs like Berghain and Treso — our nightlife crushes other cities. But nobody talks about the bar scene, and I don’t understand why. From punk rock Franken Bar and Mokum to Monterrey and Konrad Tönz, Berlin is the home of maybe the greatest collection of bars I’ve ever seen in my life.

Tagged
Travel Trip Planning Berlin, Germany
What did you think of this story?
Meh
Good
Awesome