Nude beaches aren’t for everyone, but what better way to say “life is back in session” than by flinging off your clothes and seeing way more of people than you ever wanted to? Nude beaches aren’t just for Europeans, folks. They’re scattered all over the US, and if you know where to look you might just find your new favorite summer hangout. I’m not saying you’ll be making a clothes bonfire and moving to a nudist colony in the woods anytime soon, but I’m not saying you won’t, either. From Oregon to Massachusetts, these are the states with the best nude beaches in the US. 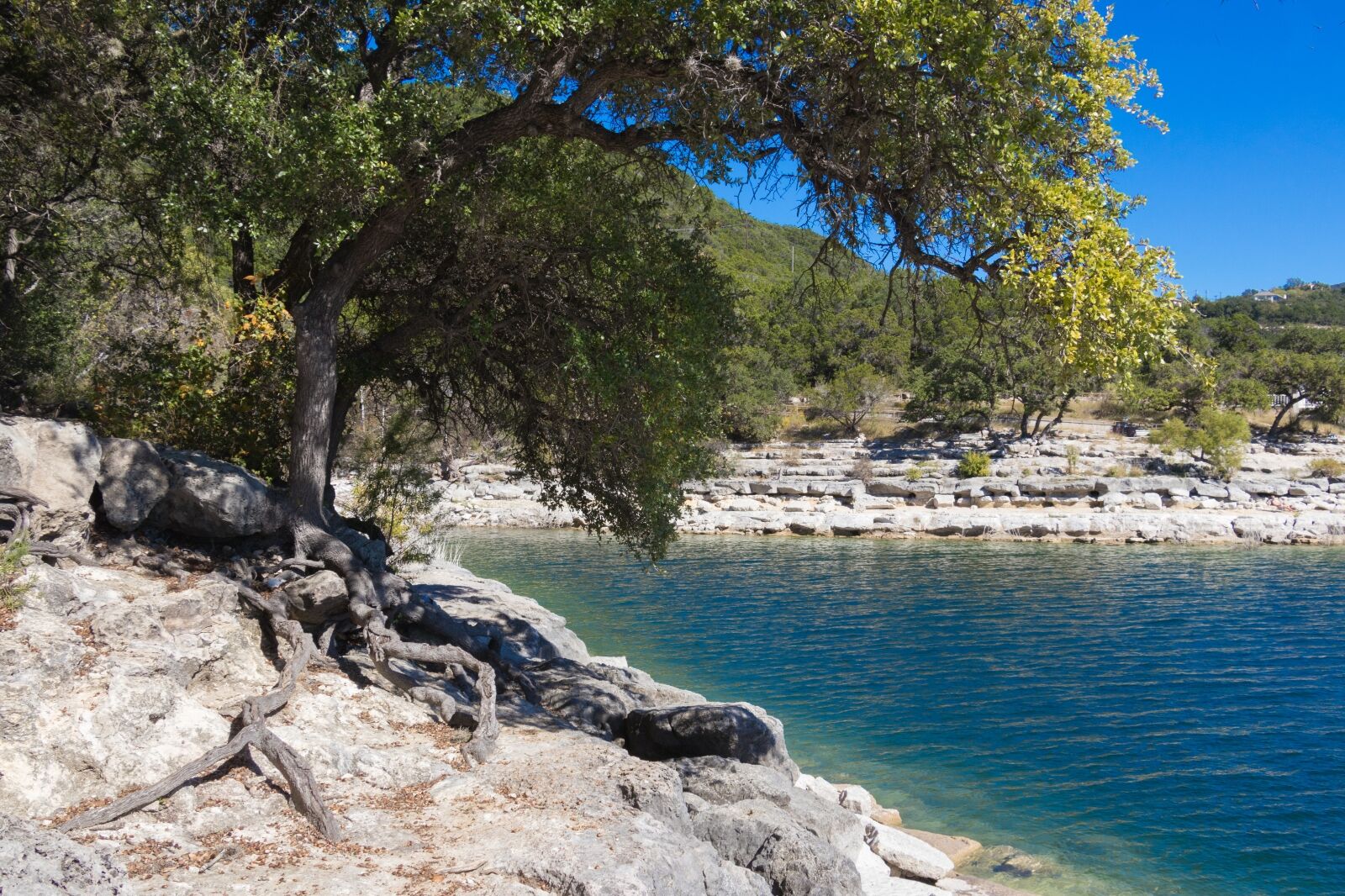 Don’t get your hopes up. The only alien lifeforms you’ll see on UFO beach are the wrinkled, leather-tan sunbathers sprawled out on the sand catching rays. The beach takes its name from an alien-looking “escape pod” that washed ashore, though it was later determined to be nothing more than an ocean buoy. At eight miles from the nearest town and accessible via a remote dirt road, you’ll have plenty of privacy here to let it all hang out.

This county park is located on the shores of Lake Travis, 18 miles from Austin. Nude use was legalized by the county in the early 1980s, and it’s the only Texas state park that’s clothing-optional. The area is popular not just for its free-spirited clothing-optional ethos, but also for its blue-green waters and picturesque tree-covered hills. Since summer temperatures can easily exceed 100 degrees, you’ll probably want to go nude even if you’re hesitant.

When a hurricane destroyed much of State Highway 87 near Port Arthur in 1989, but McFaddin Beach was left isolated enough to make it popular among nude beachgoers. The nude area of the beach begins three miles east of the junction of highways 124 and 97, and you can park directly on the beach. Parking on the beach sounds cool, but your car should have four-wheel drive if you don’t want to get stuck. 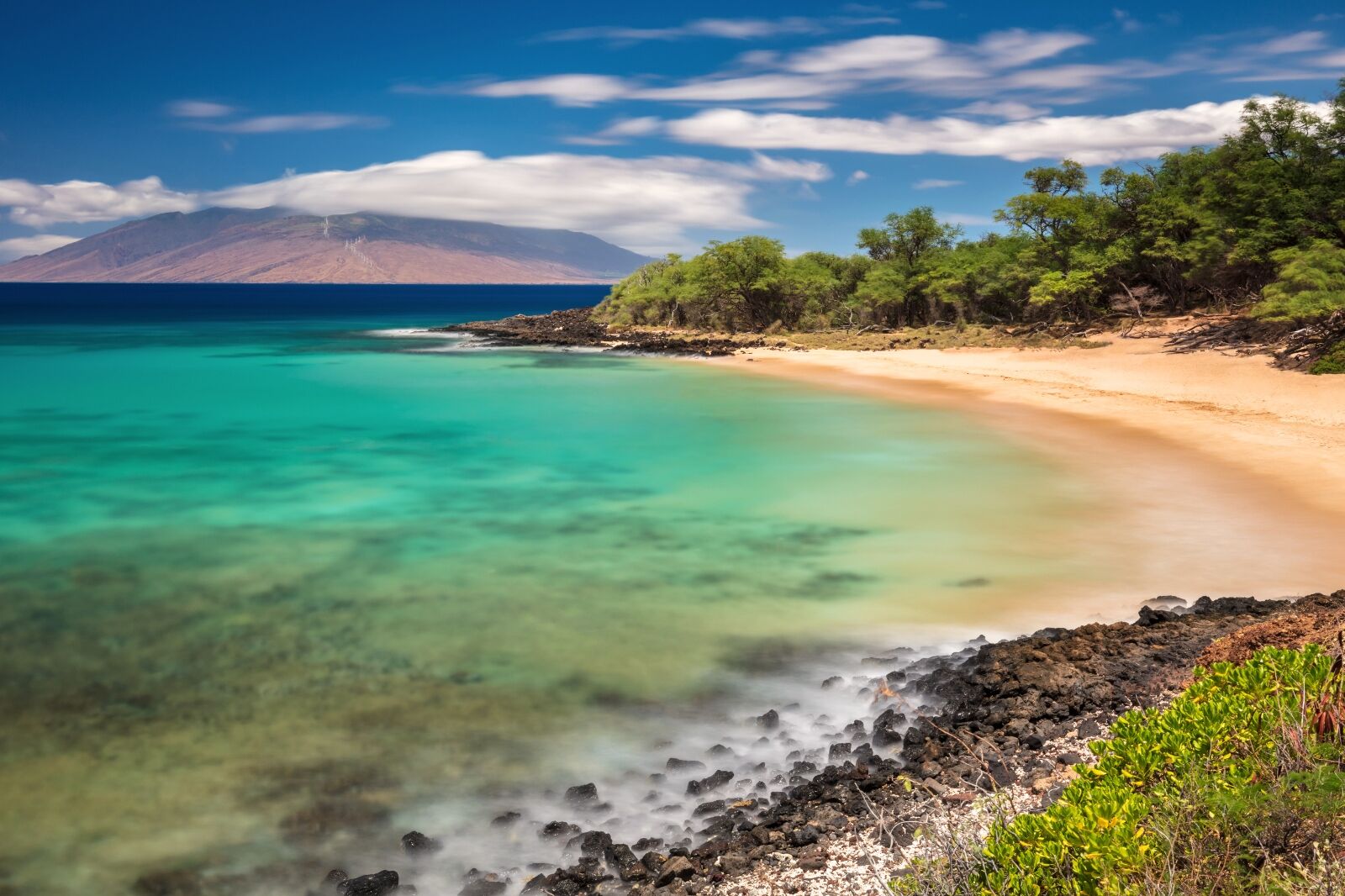 One of Hawaii’s most popular nude beaches, Little Beach is found in Makena State Park. About 10 miles south of Kihei on Maui’s west coast, the crescent-shaped beach is just a few hundred feet long. You can get there via a short walk over a rocky outcropping from the larger Big Beach (which is not nude). It’s worth noting that no beaches in Hawaii officially allow nudity, though the ones listed here are known as safe havens for nude sunbathers.

Just east of Hawaii Volcanoes National Park on the Big Island, this beach is known — apart from the nudity — by its black sand created by a volcanic eruption in the 1950s. The clothing-optional beach is a great place for whale watching, seeing dolphins and sea turtles, and going snorkeling.

When it comes to beaches in Oahu, you’re spoilt for choice. But you’ll be wanting to head to Polo Beach, named for the nearby polo field, if you’d like to avoid tan lines. Once you arrive, walk a few minutes either left or right to reach the nudist portion of the beach. 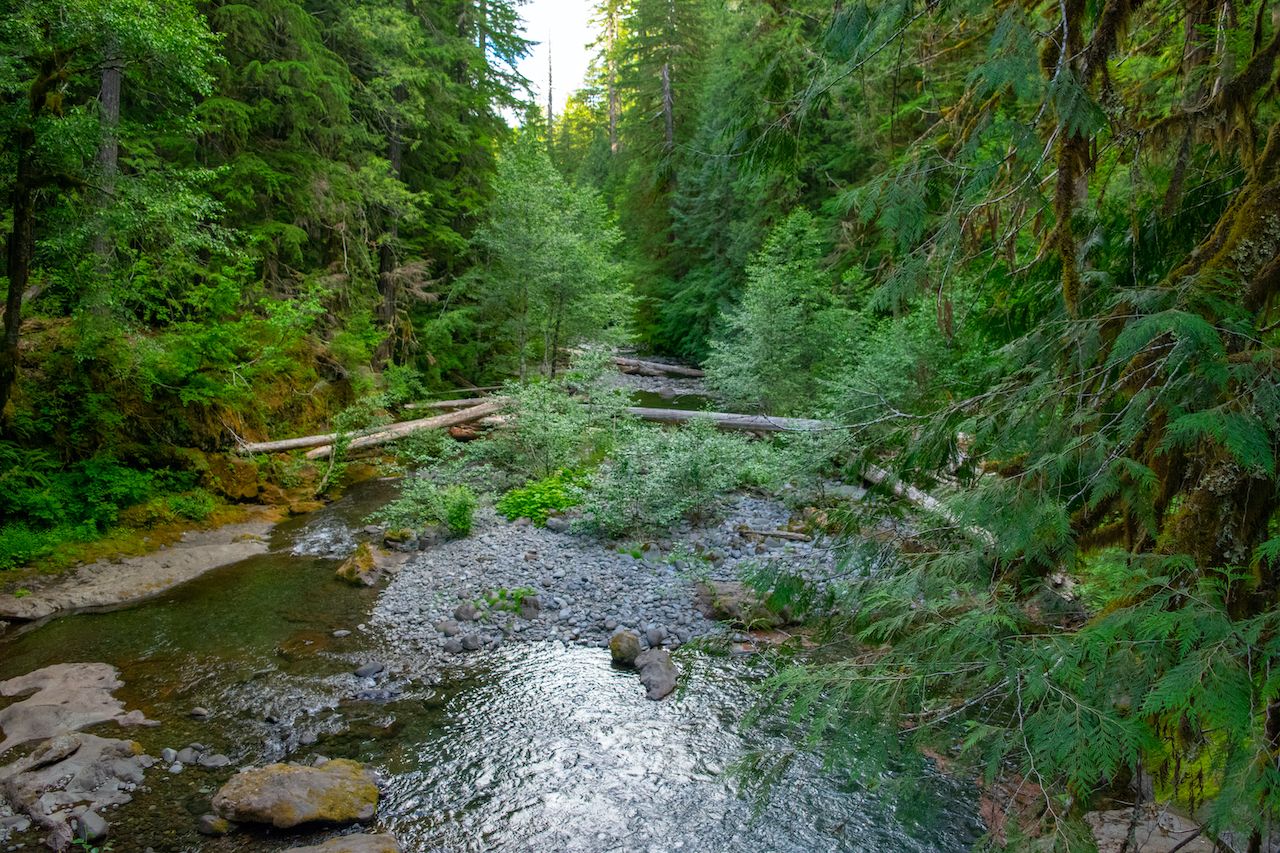 Twenty-three miles east of Portland you’ll find Rooster State Park, one of the most well-known nude beaches in the US. Located along the Columbia River, Rooster State Park’s nude area begins a few hundred feet east of the parking lot, and it has stunning views of the river gorge and green hills surrounding it. It’s especially popular with gay sunbathers. Nudity is also common on the walking trails behind the beach, and there’s a volleyball area in the forest for those looking to dabble in nude volleyball.

Another of the Pacific Northwest’s best-known nude beaches, Collins Beach near Portland is also on the Columbia River. The beach is located on Sauvie island, a river island created by three waterways. It’s known for its social atmosphere and hot temperatures — since, unlike Rooster State Park, Collins doesn’t benefit from the cool wind blowing through the gorge. As an extremely popular beach, it’s almost always crowded during the summer, so you may want to sunbathe elsewhere if privacy is important to you.

So this one isn’t technically a beach, but it’s one of Oregon’s most remote and intriguing nude recreation areas. Bagby Hot Springs provides water to a bathhouse located deep in Mount Hood National Forest, and nudity is well established here. The bathhouse is composed of private rooms with a soaking tub in each, and a communal area with several tubs. The communal area can hold six bathers at once, so you’d better know your friends extremely well or be open to making new friends. When planning your trip, keep in mind that the remote site is 40 miles away from the nearest services in Estacada. 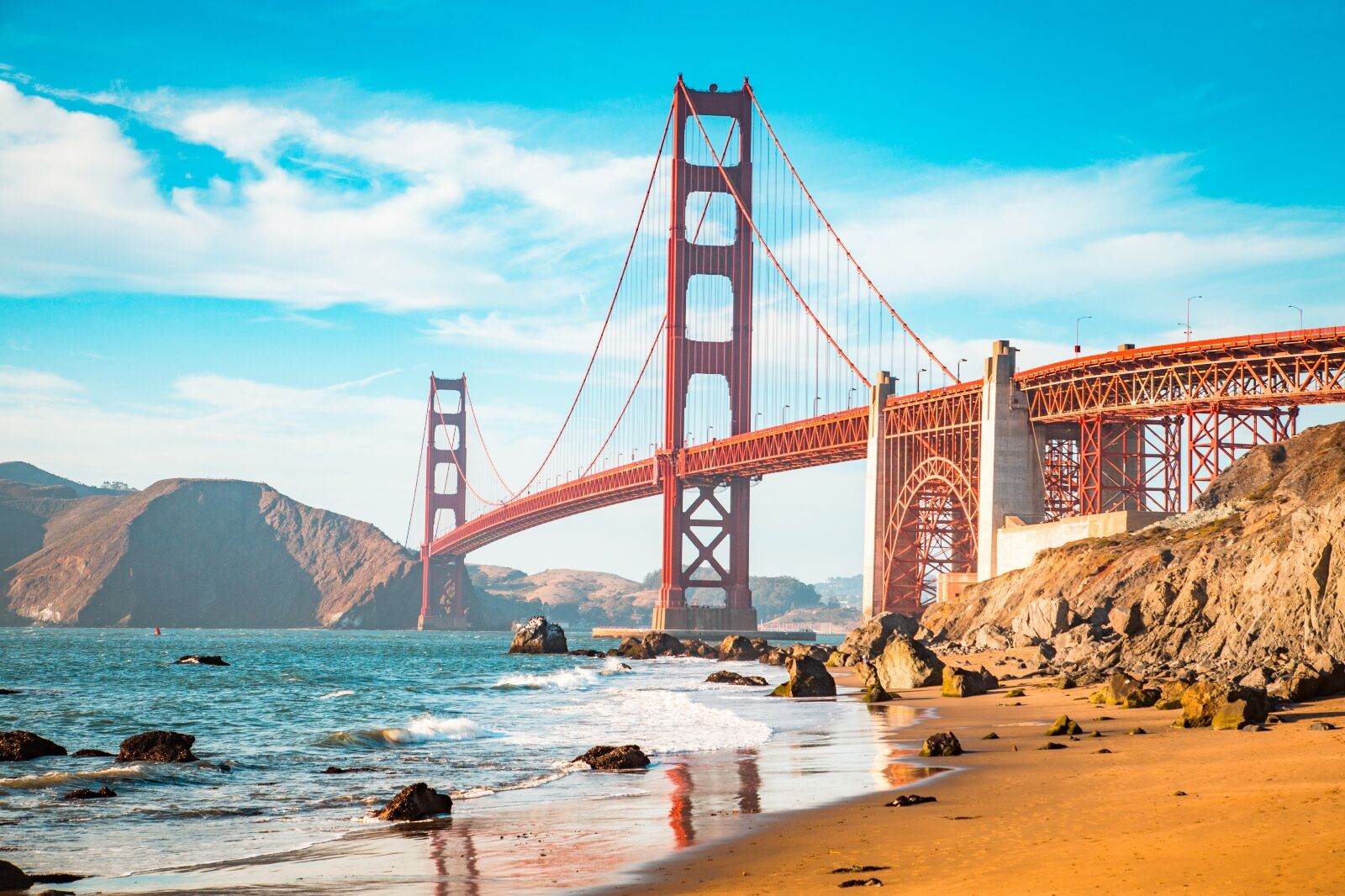 Claiming to be California’s oldest nude beach, San Gregorio is private property that has operated as a nude beach since 1967. Since the beach is quite large, there’s plenty of space for everyone and it rarely feels overcrowded. There’s a small per car parking fee, and cameras are prohibited on the beach.

Baker Beach is known mostly for its unparalleled views of the Golden Gate Bridge. Thanks to its stunning views, this is one of the most popular beaches in the Bay Area, and it regularly attracts hundreds of visitors. Only the north end of the beach is nude, however, so disrobe accordingly.

Although not technically a legal nude beach, Black’s Beach is so commonly frequented by nude bathers that nudity has become synonymous with the place. The beach’s nude bathing custom dates back to the 1960s, and the city sanctioned part of the beach as clothing optional in the early 1970s. Though the laws changed, Black’s Beach has been known for nude bathing ever since. To reach Black’s Beach, you’ll have to descend one of two trails from a clifftop parking area, winding 300 feet down the cliffs. The south trail, called the Burro Trail, is easier with more paved sections and handrails, while the north trail is steeper and more challenging. 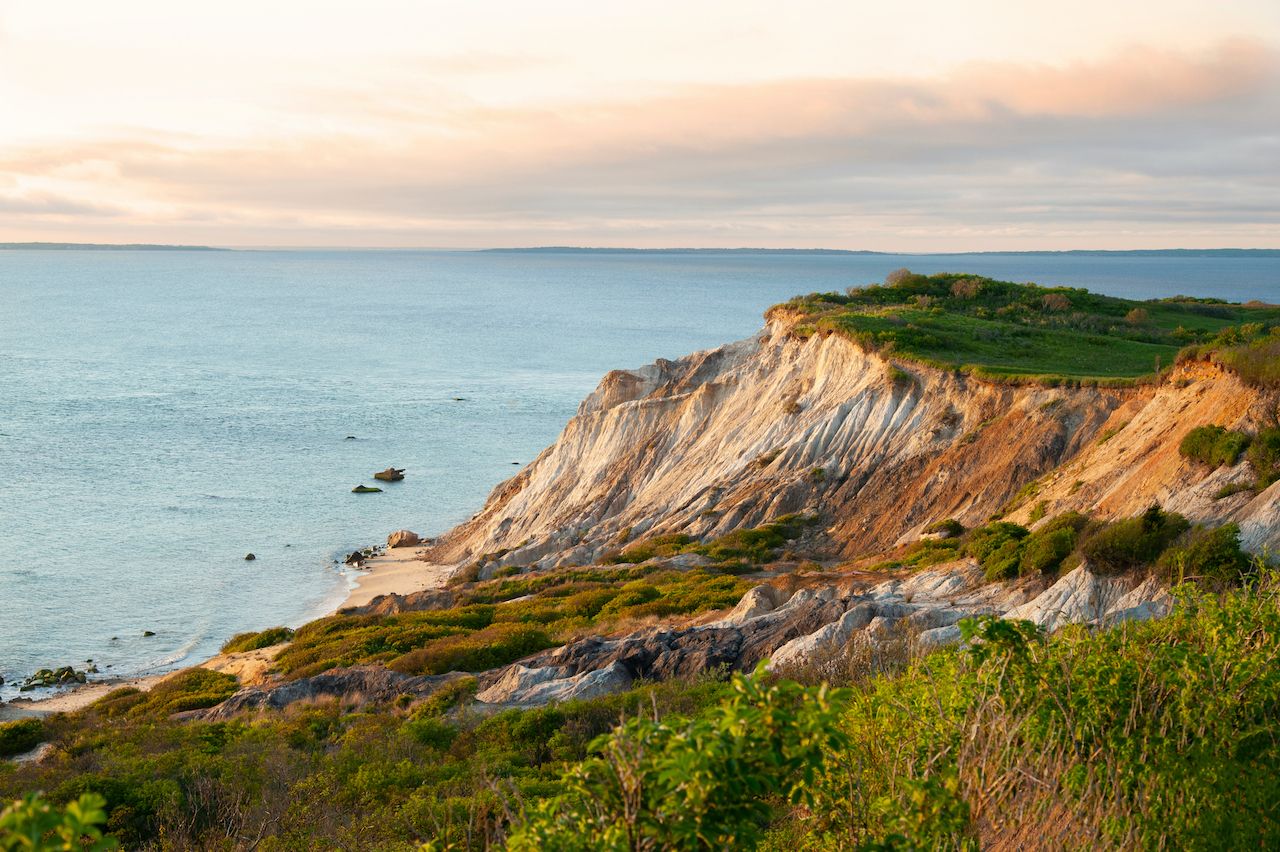 A Martha’s Vineyard beach vacation conjures images of frat guys in Sperrys playing spikeball in the backyard of a beach cottage one of their parents owns. But you don’t have to wear preppy clothes to have a memorable Martha’s Vineyard beach day. In fact, you don’t have to wear clothes at all. Moshup Beach on the island’s west end is among the most famous nude beaches in Massachusetts. Backed by multicolored cliffs that look out of place on the New England coast, the beach is a popular destination for nude and none-nude bathers alike. Nude beachgoers typically gather about a third of a mile north of the beach’s entry path, just below the Gay Head lighthouse. You might come across a “No Nudity” sign or two — a remnant from the nearby town of Aquinnah’s failed attempt to outlaw nudity — but you’ll find the rule unenforced.

Longnook Beach is located near the town of Truro on Cape Cod. The nude beachgoers here mostly consist of couples and families, and with white sand and dunes as high as 75 feet, there’s more scenery here than just the nude bathers surrounding you. The beach is part of the Cape Cod National Seashore, where nudity is technically banned, though like most nude beaches in the US the park rangers largely leave nude sunbathers alone.

Located in Provincetown, one of the most famous LGBTQ destinations in the US, Herring Cove Beach is unsurprisingly popular with the gay community. Nudity is particularly common toward the beach’s southern end, just over a mile south of the NPS beach parking lot. It’s frequented mostly by gay men, though there’s also a lesbian section slightly farther north. The nude portion of the beach is located on a thin strip of land between Cape Cod Bay and a tidal lake, and the warm lake water is perfect for swimming.

You Can Take an Easy Day Trip To the Bahamas on This Florida Ferry
A Stunning New Resort Makes One of the Caribbean’s Least Visited Islands Instantly Accessible
Biscayne National Park Is the Perfect Day Trip From Miami
Here’s How To Visit Niihau, Hawaii’s ‘Forbidden’ Island
The Best Jersey Shore Beaches for Every Type of Traveler