If you actually stop to think about it, flying in an airplane is a pretty crazy thing to do. At its core, what you’re essentially doing is catapulting through the sky in a metal tube at 500 miles per hour. Not for the faint of heart, it would seem. But according to the International Air Transit Association, over 3 billion people fly each year. Statistically, a crash occurs in only one out of every 1.2 million flights.

You may be thinking, “Well that’s a one in 1.2 million chance that I’m doomed!” but that number is actually much lower. In a startling statistic of human resolve (or essential safety features built around the science of aeronautics– probably a bit of both), over 95% of those involved in a plane crash survive. Yes, you read that correctly. These aren’t the stories that make it into the news, of course, but the odds are strikingly in your favor should a minor mishap take place on your next flight.

Most people are unaware of this. Do us all a favor and pass the statistic along, especially if you happen to come across one of these high-profile world travelers who have gone to great lengths to avoid flying. Except for Blink-182 drummer Travis Barker, who experienced a plane crash firsthand. Don’t bother bringing these numbers up to him. Despite the fact that he lived to tell about it, it’s doubtful that science is going to do much to change his mind. 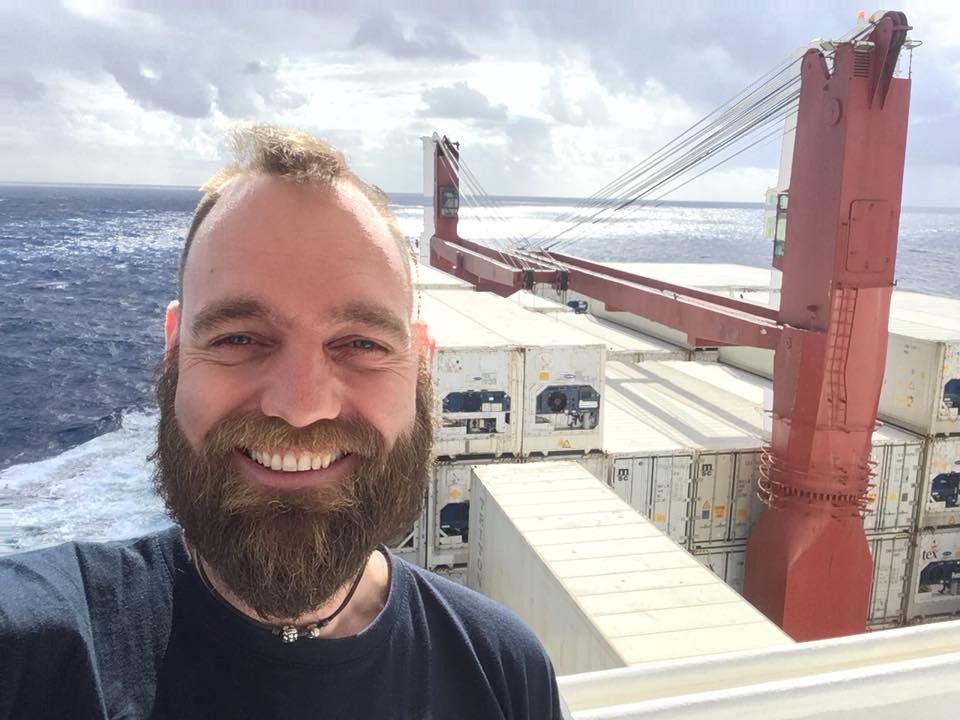 Photo: Once Upon a Saga

Torbjorn, who goes by Thor, spent three years traveling the world on cargo ships as a goodwill ambassador for the Danish Red Cross. His budget? $20 per day, with the end goal of visiting every country in the world. If successful, Thor will be the first person to accomplish this feat without taking a single flight. The journey began in 2013 and is expected to end in 2020. A big part of his expedition is illuminating that most people in the world live normal, relatable lives, despite what the news cycle leads us to believe. He told The Guardian, “There’s an enormous focus on the horrific aspects of our world: terror, disease, corruption, conflict. While those are certainly all elements of our world, it’s hardly representative of where we live, the vast majority of the planet is quite trivial and almost boring. People eat, go to work, go to school, go to visit friend[s], get stuck in traffic, dance, listen to music, date, fall in love… complain about the weather and complain in general.” Follow his blog for updates. 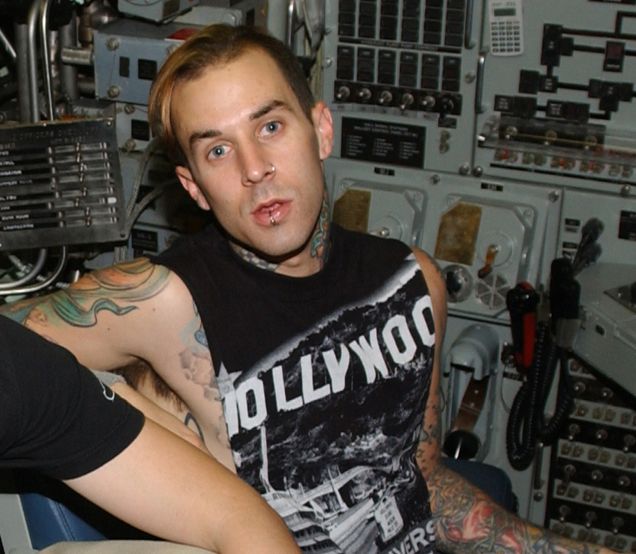 Rock drummer Travis Barker hated flying even before a 2008 plane crash nearly took his life. In the old days, Barker would drive from his home in Los Angeles to cities around the country where his band had one-off gigs, while the rest of the band and crew flew. Justifiably, since the crash, Barker’s fear of flying is now so bad that he absolutely will not fly. The band was forced to hire a fill-in drummer for an Australian tour in 2013, and Barker often travels by boat for international tours these days. 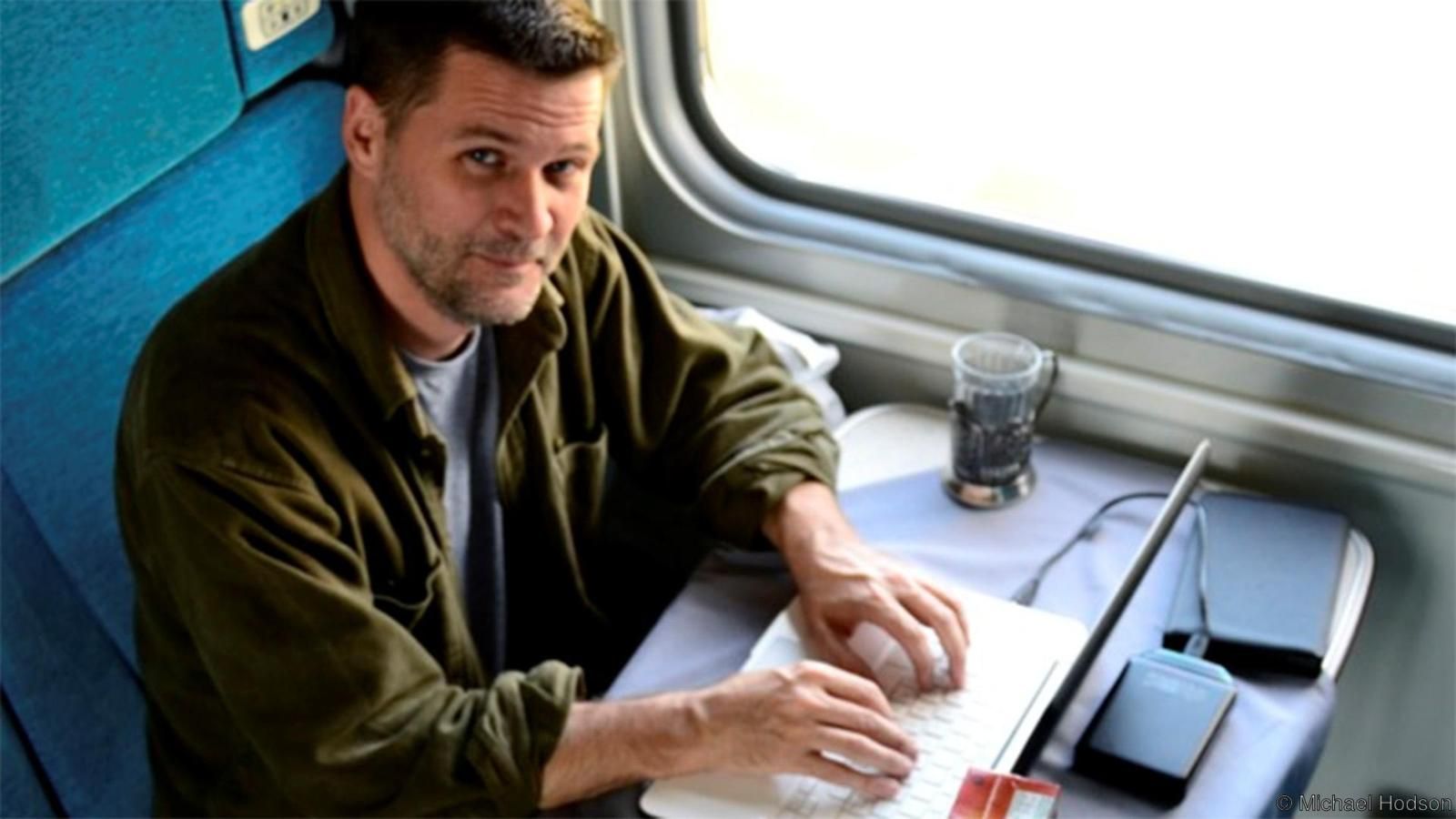 In an effort to put his heart into every step of the journey and optimize the experience, Michael Hodson traveled the world over the course of sixteen months without flying even once. This journey began in 2008, and over the ensuing decade, he has traveled nearly non-stop, still without flying. He wanted to see the world without the disconnect of immediate satisfaction, and without leaving the giant carbon footprint left by air travel. 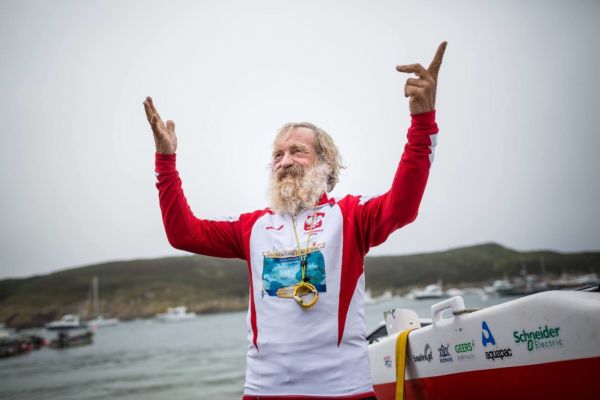 At 70 years of age, Aleksander recently completed his third — yes third — kayaking journey across the Atlantic Ocean. This trip took him from the New Jersey coast to Le Conquet, France in a rigged kayak where Doba slept in what the New York Times described as a coffin-like cabin. He touched land in Europe a few days before his 71st birthday. Doba’s previous excursions took him from Florida to Portugal and Brazil to the West African nation of Senegal. 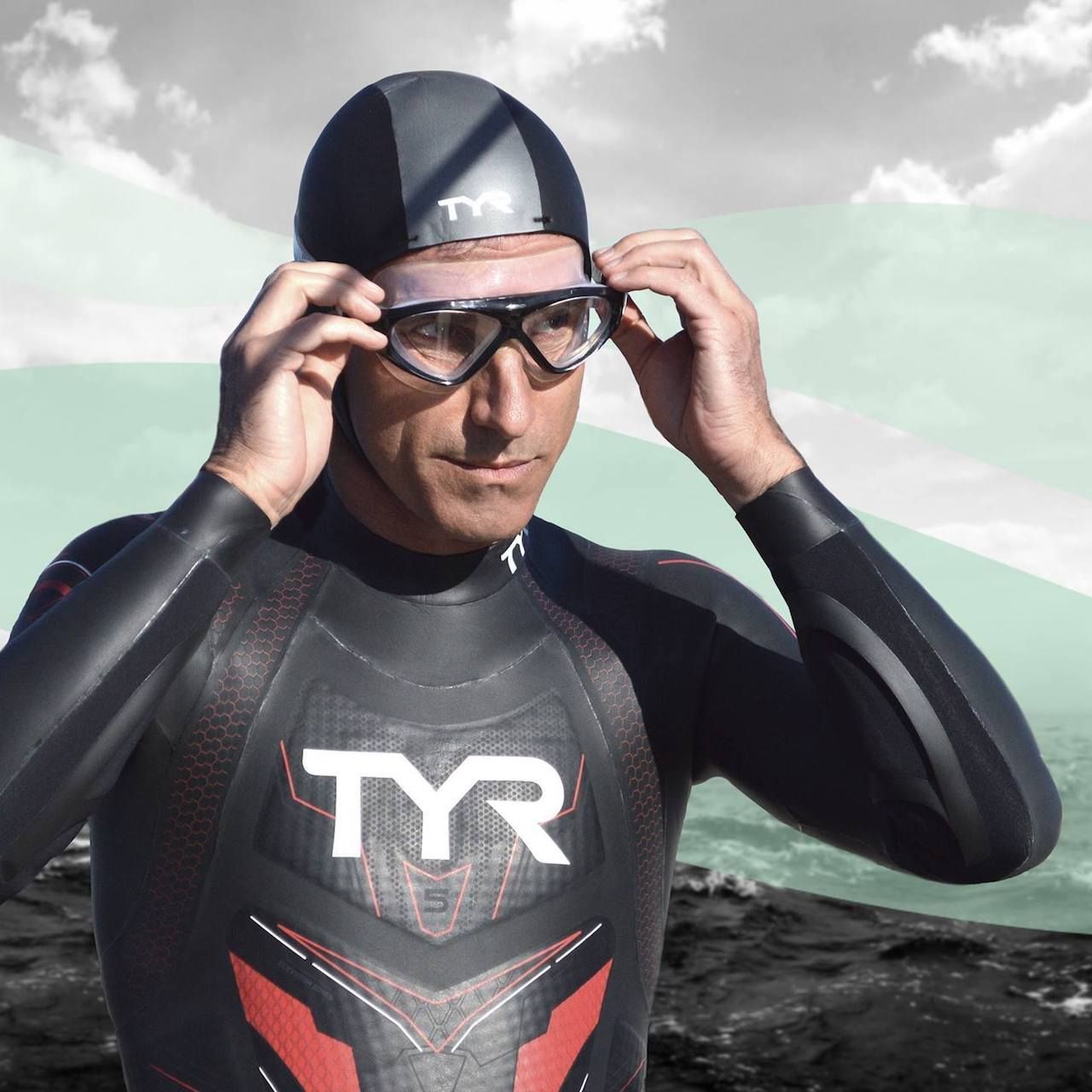 Here’s another act of flight-free trans-Atlantic craziness. In 1998, Benoit Lecomte became the first person to swim across the Atlantic without the aid of a paddle board. Already a celebrated long-distance swimmer from France, Lecomte underwent the journey to raise money for cancer research. And he’s not done yet: plans are underway for a swim across the Pacific Ocean from Japan to California to highlight sustainability issues and climate change. 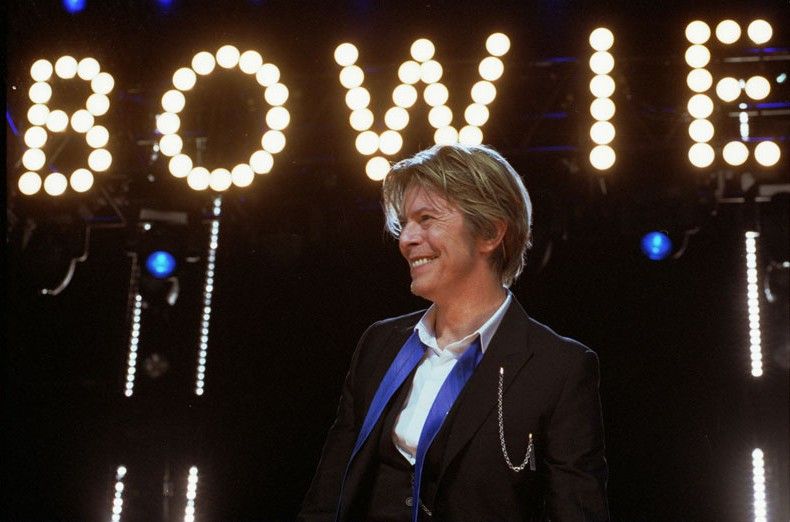 While some of these travelers stayed closer to ground level for a specific reason, David Bowie was another rock star who just hated the skies. Maybe it’s a thing among musicians — spend enough years in a tour van and the thought of taking off and soaring just seems increasingly stressful. Bowie refused to fly on his world tour from 1972-1977, traveling instead by cruise ship and other water and ground-based means.

TravelHow To Manage a Fear of Flying When You Love To Travel
Tagged
Travel
What did you think of this story?
Meh
Good
Awesome