Scuba divers describe the reefs, wrecks, and walls they tour as worlds unto themselves. It’s true. Undersea travel opens up a whole new universe of exploration, from unique marine life to historic sites hidden beneath the waterline. In select destinations, the submerged and terrestrial worlds overlap, as is the case with several ancient, flooded cities that now sit preserved on the seafloor like mythology’s lost city of Atlantis. From China to Greece, these nine underwater cities are some of the coolest towns you can visit — assuming you’re scuba certified. 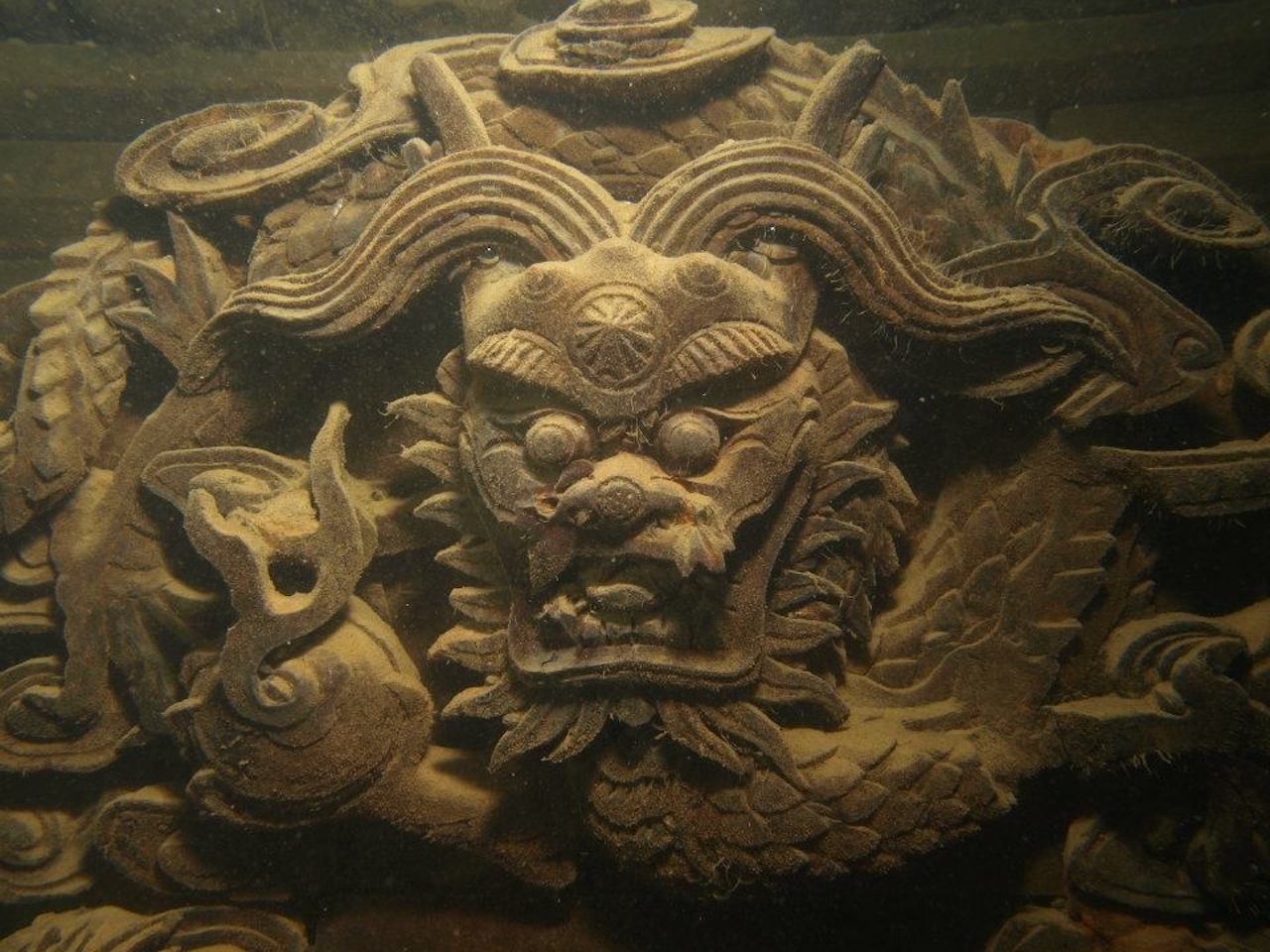 Under the surface of Qiandao Lake in the Zhejiang province of China lies an ancient city. It’s called Shicheng, or Lion City, and dates back to the Han Dynasty from roughly 25 to 200 CE. How Shicheng came to be submerged is no mystery: In 1959, it was flooded during the Xin’an River Dam project to create the lake in order to power a hydroelectric station. Rediscovered by the Chinese government roughly 40 years later, Shicheng was found to be remarkably well-preserved, with a network of more than 250 intricately carved archways and stonework dating as far back as the Ming and Qing dynasties that are still intact today. Outfitters such as Big Blue Diving in Shanghai now facilitate scuba trips. Divers should prepare to descend up to 130 feet, expect low visibility, and come prepared with plenty of light.

Just south of Kingston on the eastern half of Jamaica, divers can tour what was once called “the wickedest city on Earth.” In the 17th century, Port Royal became the Caribbean’s largest, richest den of iniquity, frequented by pirates who ran amok in its bars and brothels. Then, in 1962, an earthquake struck and sank a majority of the city, creating an underwater metropolis that’s now considered one of the world’s most intriguing dive sites and one of the best-preserved sunken heritage sites in the Western Hemisphere. Beyond the relics of the city itself, divers enjoy the area for its many shipwrecks and tropical reefs. 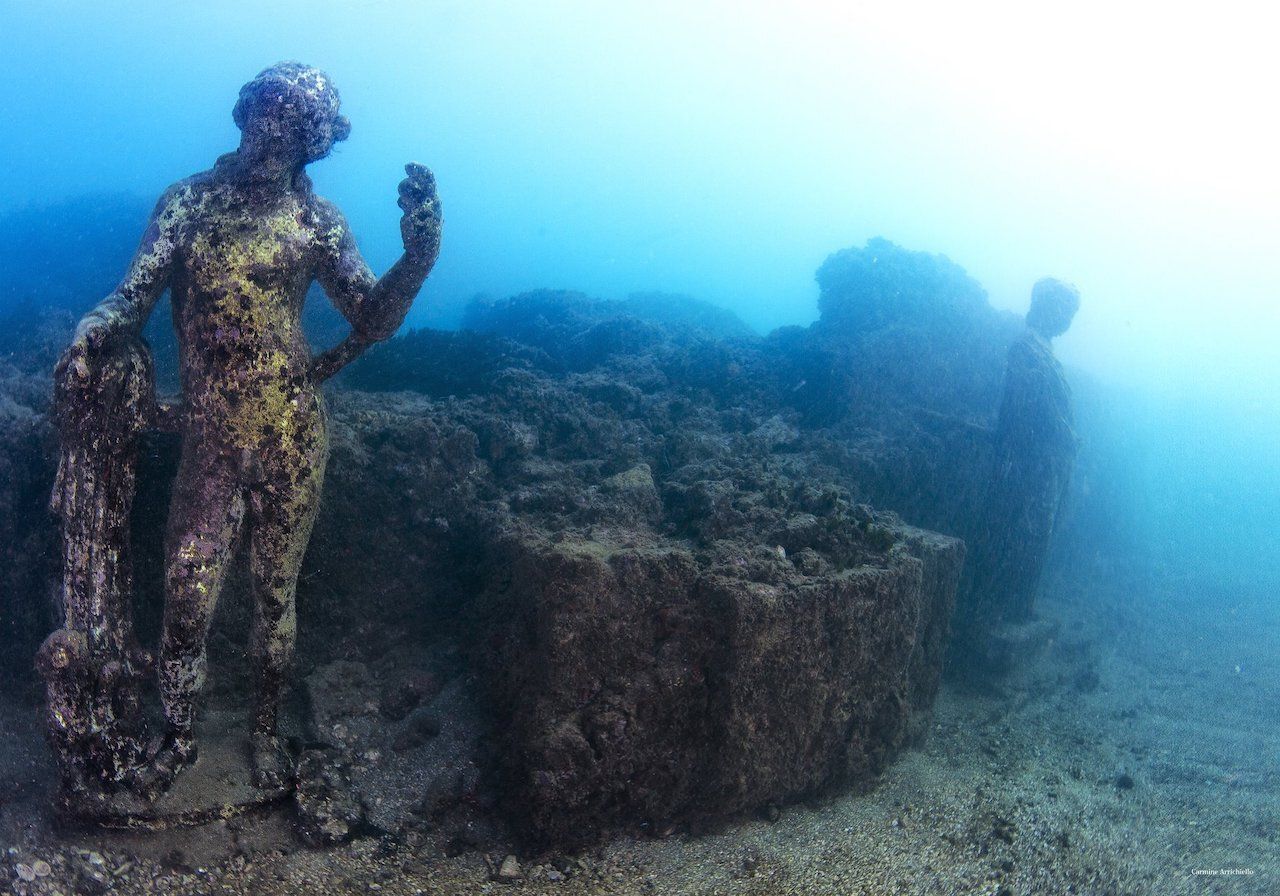 Pompeii may be Italy’s most famous lost city, but the submerged city of Baiae in the Gulf of Naples is nearly as ancient and, in its heyday, was just as exciting. Before a bradyseism, wherein the ground is thrust up or down unlike the horizontal movements typical of earthquakes, caused the city to sink, it was a thriving resort for the A-listers of the Roman Empire. Baiae still attracts travelers; granted, today’s visitors come wearing snorkel or scuba gear. There are five main dive sites between 15 and 45 feet at the Underwater Archaeological Park of Baiae and eight in total. “Villa a Protiro” is a must-see with its perfectly preserved mosaic tiling on display. Elsewhere, divers can see remains of thermal baths, marble floors, replica statues, and more. The Centro Sub Campi Flegrei is a dive outfitter that leads tours of the area. 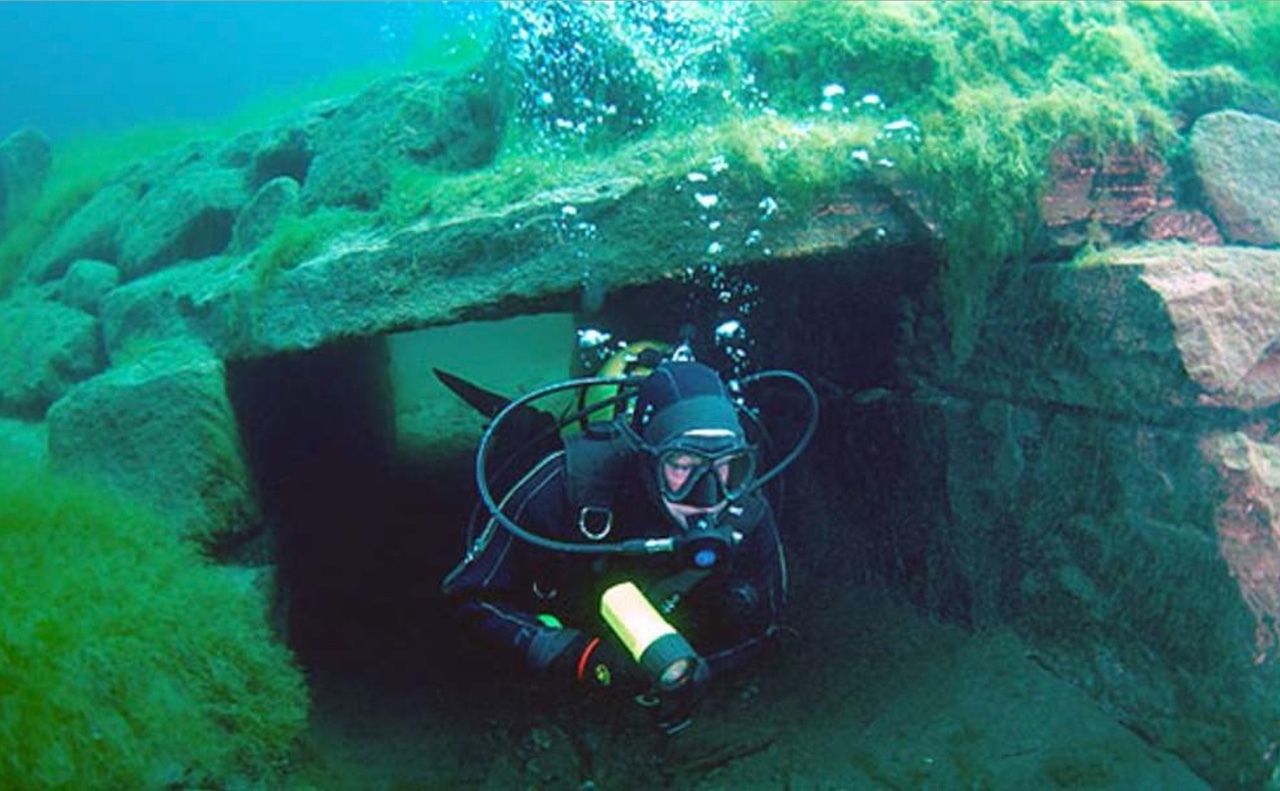 Before 1908, there was no Lake Lygnstøylsvatnet in Norway’s Norangsdalen Valley. In its place was a homestead that was flooded when a rockslide from nearby Keipen dammed up the waters that flowed through the valley and swallowed up the area and added it to the list of underwater cities. Though the visibility here is unreliable, on clear days divers can see what remains of the homestead: farmhouses, fences, gravel paths, and green grass. The descent itself is easily accessible to divers of all skill levels, with what remains of the farmstead being located at a beginner-friendly depth of 15 to 45 feet below the lake surface. 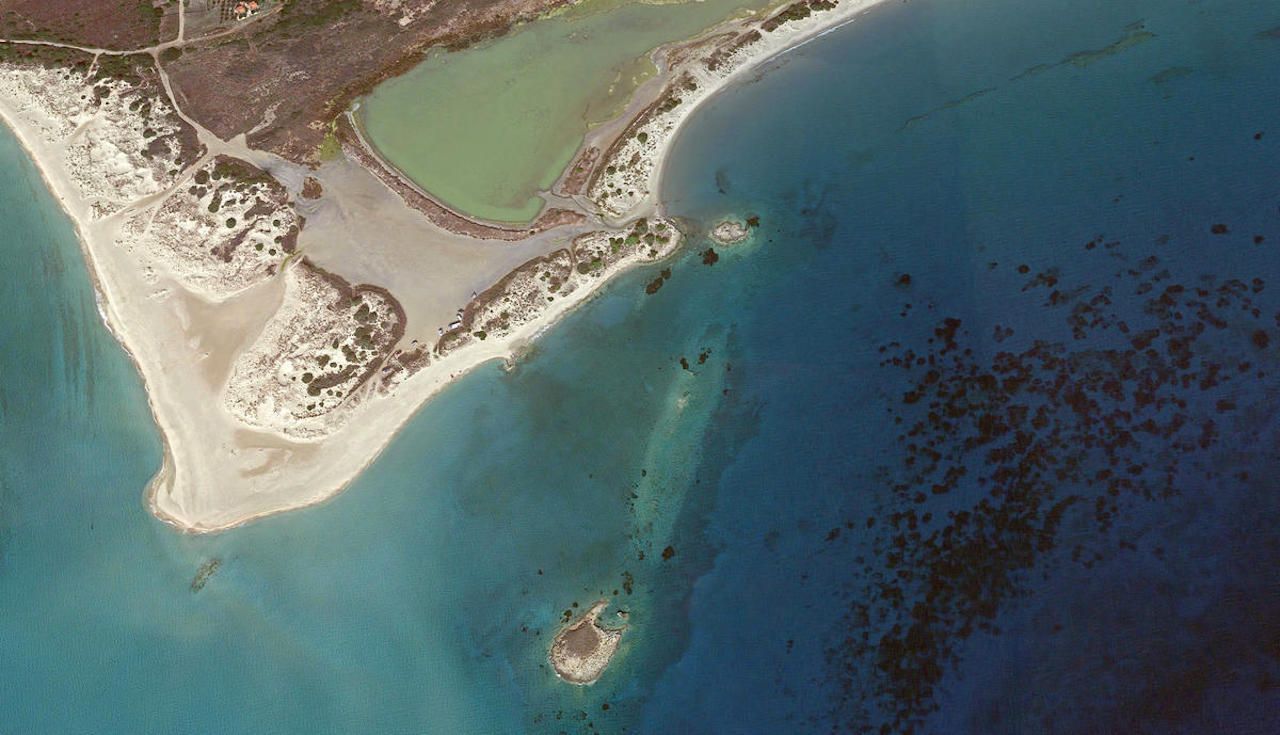 Pavlopetri, in southern Greece’s Peloponnese peninsula, is the oldest sunken city in the Mediterranean. At roughly 5,000 years old, with ruins tracing it back as far as the early Bronze Age, it’s also among the oldest underwater cities in the world. Though its exact origins are murky, researchers theorize that an earthquake submerged Pavlopetri around 1000 BCE. It was not rediscovered until 1967 but has since been listed as a UNESCO Underwater Cultural Heritage site, and was on World Monuments Fund’s 2016 watch list. It features more than a dozen semi-intact structures just 10 to 15 feet below the surface. While it’s not open to recreational divers, snorkelers can survey Pavlopetri from above.

Legend has it that the lost city of Dwarka was founded by the Hindu god Krishna. When Krishna transcended the mortal realm, so it goes, the ancient city was engulfed by the sea. Present-day Dwarka is an important Hindu pilgrimage site in the Gujarat state of northwestern India. Excavations of its submerged leg began in 1963 after decades of searching. In the years since, archaeologists have discovered artifacts ranging from stone fortifications and an old irrigation system to anchors that suggest the port city had a trading heritage. What’s left of ancient Dwarka is currently in talks to become an official dive site to promote tourism in Gujarat.

The bygone Egyptian city of Heracleion, as it was called in Ancient Greek, or Thonis in the original Egyptian, sits off the coast of Alexandria some 30 feet underwater. Believed to be founded around the eighth century BCE, the city served as an important port for foreign traders, primarily ships coming from Greece, before natural disasters caused it to sink around the eighth century CE. When it was excavated in 2000, archaeologists found evidence of a bustling city structured around canals, with well-preserved temples, statues, inscriptions, jewelry, gold coins, and shipwrecks left behind. Divers are still busy exploring the site and likely will be for years to come. According to Franck Goddio, who’s credited with discovering the ruins, around 95 percent of the ancient city is still waiting to be uncovered. 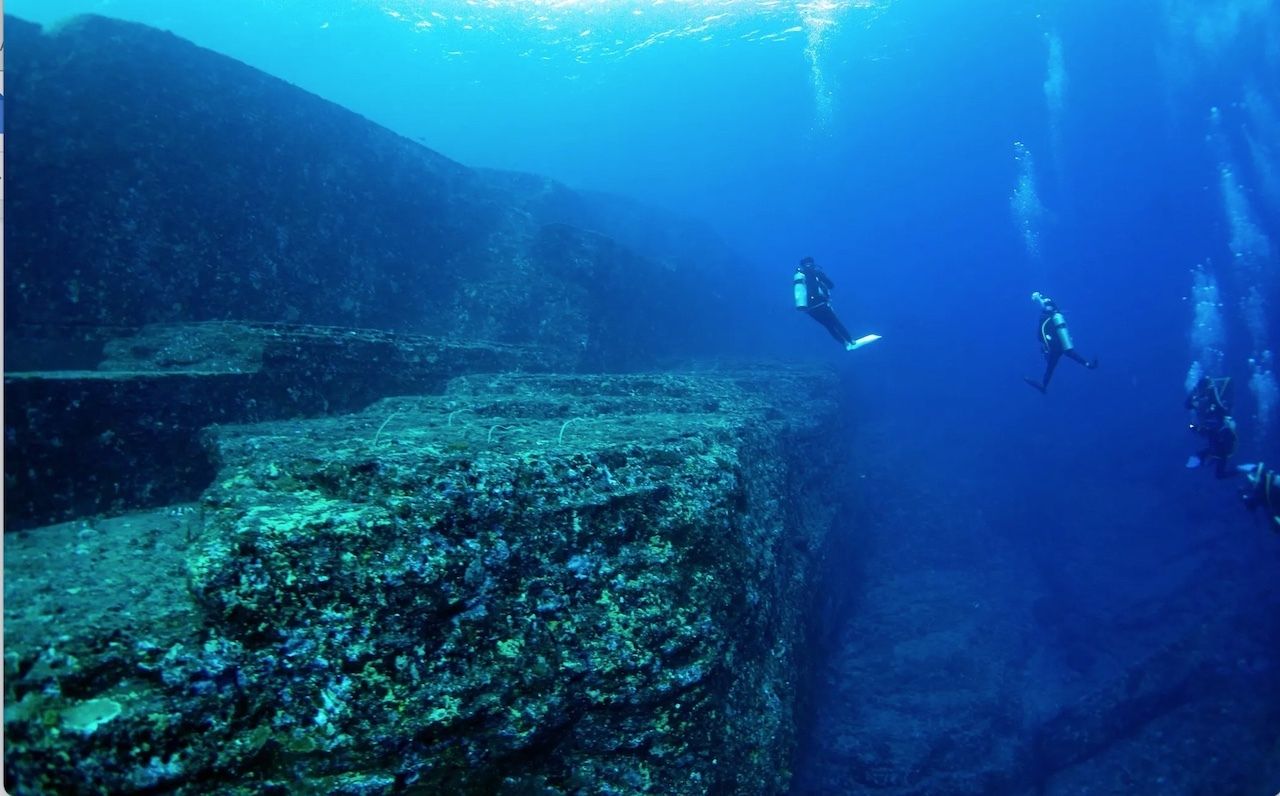 Not far from Yonaguni Island in Japan exists a series of underwater formations with an unknown history. Some believe that the structures are the relics of a city that was sunk by an earthquake roughly 2,000 years ago. What’s visible today is more the suggestion of a city than the obvious ruins of one, anchored by a large pyramidal formation in the center. Though Yonaguni Monument has not officially been recognized as a site of archaeological significance — as some other underwater cities have — it has become a popular dive site in Japan’s Ryukyu Islands, particularly during winter months when there’s a sizable presence of hammerhead sharks.

Jury’s still out on the story behind this submerged Neolithic city near Haifa, Israel, off the Carmel Coast. The working theory is that a tsunami caused its inhabitants to flee suddenly as the settlement was swallowed up by the Mediterranean Sea some eight or nine thousand years ago. This would make Atlit Yam the oldest known underwater city, though such claims are hard to prove. The site does provide some insight into the community that once lived there, however. Among the relics left behind are houses, graves, a well, and, most fascinatingly, a Stonehenge-like semicircle composed of seven megaliths in the city center. Though it’s currently closed for recreational dives, archaeological divers may be permitted to explore Atlit Yam.

Diving7 Artificial Reefs Every Scuba Diver Needs To See
Tagged
Diving
What did you think of this story?
Meh
Good
Awesome