Last April I hit the road with a haphazard plan of having an adventure in my new camper. An odd aspiration for a woman who (almost) never camps, covets expertly-made lattes and takes particular pleasure in dress wearing. During the endless months in treatment I ached to be well enough to travel. To be vital and part of life in my mind’s eye was to be immersed in the natural world.

Cancer wasn’t the problem. It was the four surgeries, chemotherapy, and radiation that left me unable to work and alone for long stretches of time. The fog of chemotherapy made reading a challenge, a pleasure I counted on all of my life. In the months after I recuperated as best I could, but like many patients, there were on-going healthcare issues to work through even after the treatments concluded. I started and quit a job that wasn’t a great fit for me, and occasionally slipped into bouts of fatigue leaving me lonely and depleted. In addition, I began visiting with a young woman struggling through her second cancer diagnosis. The visits, and our friendship were pure pleasure. I knew it was coming, but was still shocked and sad when she died.

The coup de gras was that I fell in love and the relationship didn’t work out. It ended gracefully, but I was unable to move on. My already diminished circumstance set the stage for intense rumination, compounding the difficulty. The clinical fatigue from treatment left me immobile with plenty of time for my mind to revisit our time together. Every scenario cast me as the unwanted (even though that wasn’t so). When I wasn’t lamenting my fate, I was daydreaming about a lobotomy as a possible fix to my predicament. 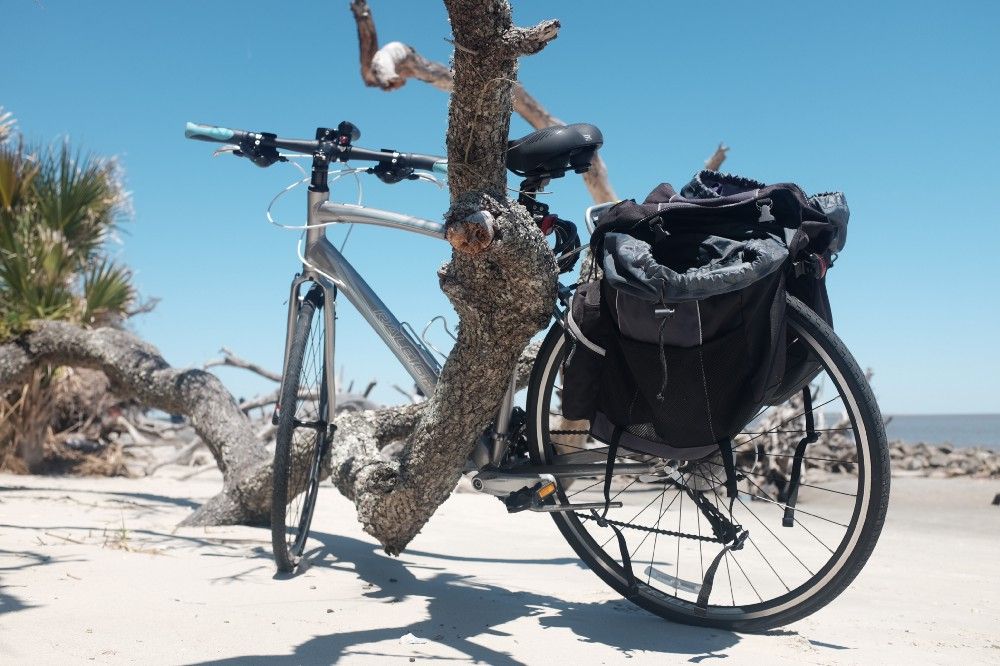 All the while a small voice urged me over and over to get in the camper and go be in nature. I longed to see and swim in the ocean with a force that propelled me off the couch and into packing. There was a twinge of guilt at the indulgence of it all but I moved forward with my plan. Loosely, it was to visit state parks in Georgia, Florida, South Carolina and then somewhere at the six-week mark head home.

From the moment I pulled away I ran into problems. My improperly connected hitch came loose, thankfully just a block from my home. I flagged down a man in a pickup who reconnected it, and gave me an on the scene tutorial. Later that evening I left the camper to use the restroom, and locked myself out. At 11:30p, in a thin shirt, in the rain. After a brief freak-out, I rallied some fellow campers to help me. They allowed me to call a towing service and gave me a coat. I was back in within the hour. The next morning, I woke up to a heartfelt text from my former love. That did me in; the tears flowed and didn’t stop.

I continued on to my first campground, Jekyll Island, GA crying on and off for most of the drive. I biked for long stretches, and cried. I wandered the gorgeous beaches, swimming, taking photographs, and cried. I read books and cried. I wrote poetry and cried. This continued for two solid weeks, from Georgia to Florida. I did everything one might imagine on a solo camping trip, all the while my grief and frustration tumbling out with an intensity that surprised me. It was confusing to feel pained while photographing sunsets, but that was where I found myself. 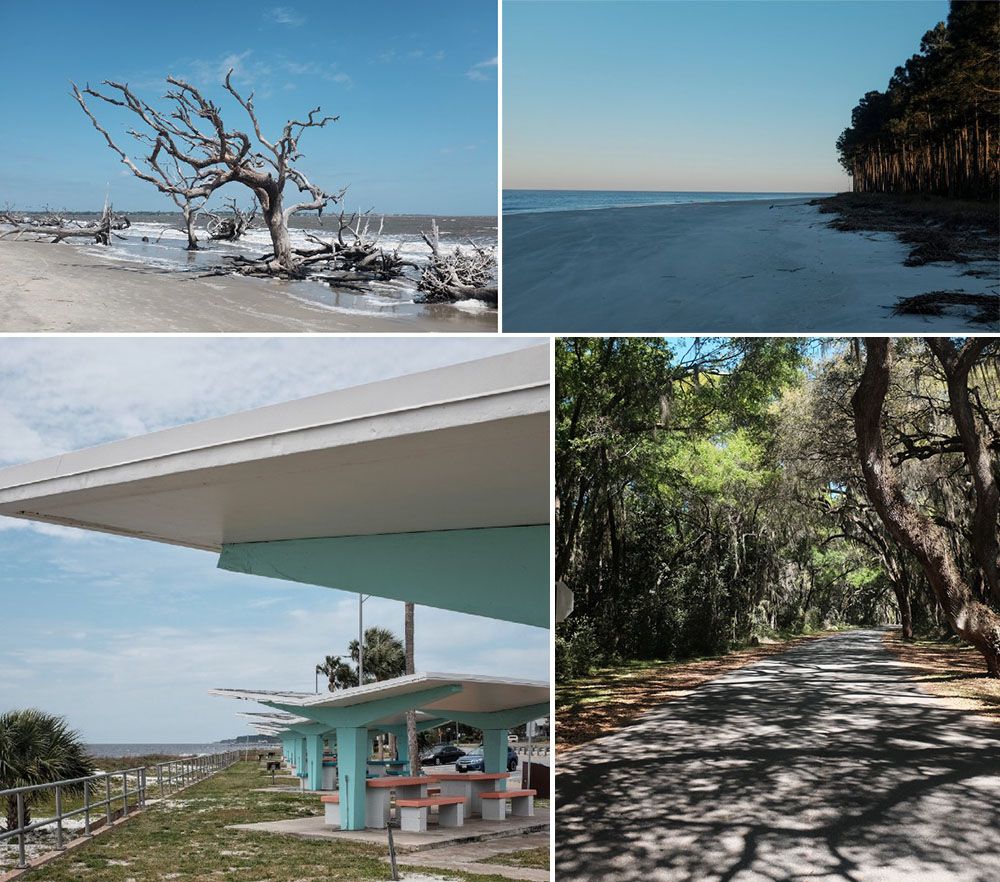 Heartbreak blew the lid off of years of stored up sorrow. The shock of a cancer diagnosis. The loneliness and hardship of treatment. Losing my Mother to suicide, and feeling I needed her when I got ill. The pain of an uncertain future with the possibility of recurrence. Letting go of a man I admired and cared for. The knowledge that if my time is cut short, I may never find that connection again. Losing my young friend to cancer. Some days the pain was so intense I wondered if the trip was a mistake. My punishment for running away. Maybe I wasn’t properly facing my problems?

“But if these years have taught me anything it is this: you can never run away. Not ever. The only way out is in.”
― Junot Díaz, The Brief Wondrous Life of Oscar Wao 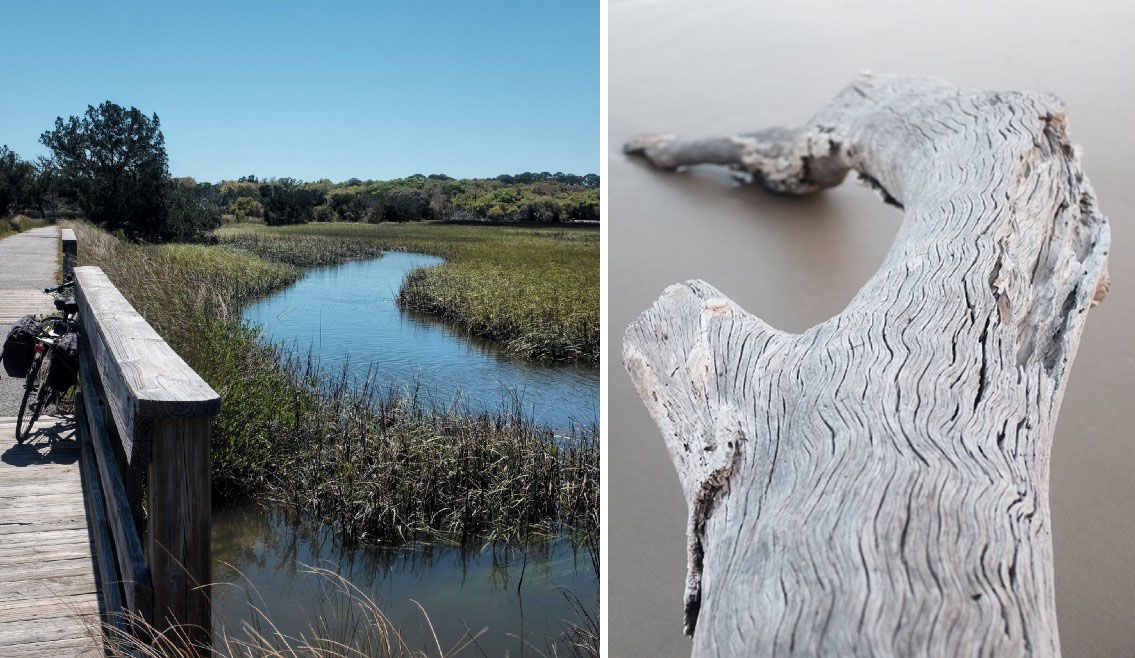 At about the two week mark the pain mercifully subsided. I cried less each day. I felt joy for longer periods of time. The rock in my heart which had stubbornly lodged became less heavy. I began to wake up with excitement. I slept through the night. I started meeting people and socializing with fellow campers. The searing fear I had been living with loosened. Each step forward reinforced the good until I was left with what I longed for: relief.

Traveling in a camper the size of a queen bed forced me to get up and get outside. Nature beckoned, and no matter how distressed I was I had to partake. When I wasn’t traveling to a new campground my days consisted of swimming in natural waters, hiking trails, reading outdoors, eating simple meals from my camper kitchen, long bike rides and photographing it all. Without any great effort, I was getting hours of exercise every day.

In addition, I had to figure out how to camp. I won’t pretend it’s rocket science to back up a trailer, but it ain’t easy either. My mind was occupied with the daily challenges of learning new tasks and being forced to find my own solutions. Mostly, that involved staring at a problem until a fix presented itself. I began to have new sympathy for the groups of construction workers I would occasionally see all standing around with seemingly nothing to do. Now I know, they were thinking.

I had hitch issues, power issues, storage dilemmas and more. The daily challenges became a class in self-reliance and patience. Most importantly they forced me out of rumination and into the endeavor at hand.

The biggest risk factor for rumination is simply spending time alone, something Americans now do all the time. When you’re interacting with another person, your mind just doesn’t have a chance to dwell on repetitive negative thoughts. But, really, any sort of engaged activity can work to interrupt rumination.
“The Depression Cure: The 6-Step Program to Beat Depression without Drugs,” author Stephen Ilardi 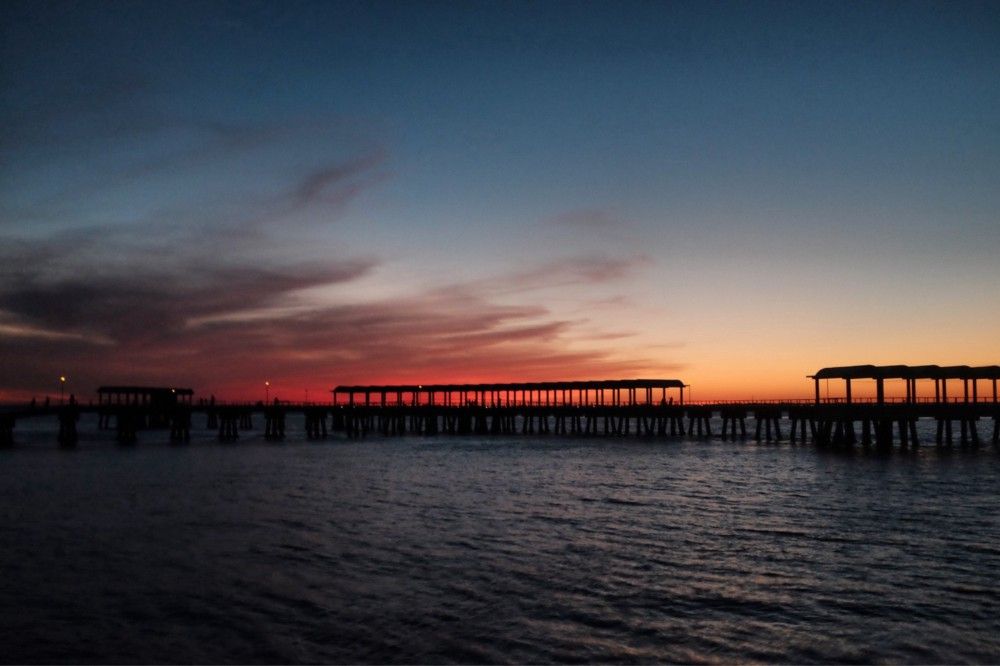 The circumstances of my life remained intact upon my return. What changed is how I feel about them. I didn’t magically stop caring for this man, but it no longer pained me or consumed my thoughts. My risk for recurrence is the same, but I focus on the day at hand. My Mother died tragically, our issues unresolved and I accept this complicated end. I have failed at ambitions from time to time and that’s okay. A young woman who would have been a delight to take on just such an adventure died at the ripe, old age of nineteen. I am so sorry at the unfairness of that, and deeply grateful for our time together.

Rather than this trip being an indulgence, it was medicine — my primal self guiding my way forward. Moving through anguish is an active process that requires effort. Easier said than done when one is in pain or depressed. Yet, it has been the only thing that has worked for me. Even talk therapy (which has been useful) has not been as effective as this trip at clearing the internal debris.

Who knows what is around the bend? All of us face setbacks, likely many times over. I have stopped looking for an end to it. If you are alive, there is difficulty. Conversely, difficulty is the privilege of the living. I am alive, an imperfect privilege.

Nature, bike rides, sunshine, books, sunsets, swimming, and small, daily challenges turned out to be the best tonic for this broken woman. I recommend it for you as well.