“When I was seven years old, I gave tours to my sheep every day in the nature and high hills, to find food for themselves. I had no idea that being a tour guide was a real job.”

Before Fatima Haidari set a remarkable precedent in the tourism industry, these were the only “tours” available to Afghani women. Today, Haidari is Afghanistan’s first female tour guide, trailblazing a path for women in a country where doing so carries serious risks.

Globally, females represent only three percent of accredited adventure tour guides. This is largely due to cultural expectations in many regions of the world, and fewer opportunities for education, including language, business, and leadership training for women. Cultural obstacles are particularly crippling for women in Afghanistan, where they traditionally play subordinate roles and aren’t encouraged to pursue professional careers. The situation for women has deteriorated even more since the Taliban retook control of the country last year. Now, women are barred from most of the workforce and even from attending school past the sixth grade, the United Nations reports. Within this extremely unjust system, Haidari is seeking to break the mold.

When she started university, she was tasked with researching the tourist attractions of Afghanistan, mainly in the city of Herat. That’s when she first became acquainted with Afghanistan’s many cultural, natural, historical, and archaeological sites, and set out to educate others about her country’s beauty. Her goal was to change the perception of Afghanistan as a place defined by conflict, bombings, and draconian laws, and emphasize the stunning landscapes and historical attractions to be found there. She started posting about historical sites on a Facebook group, and soon, people began contacting her for tours of Herat. 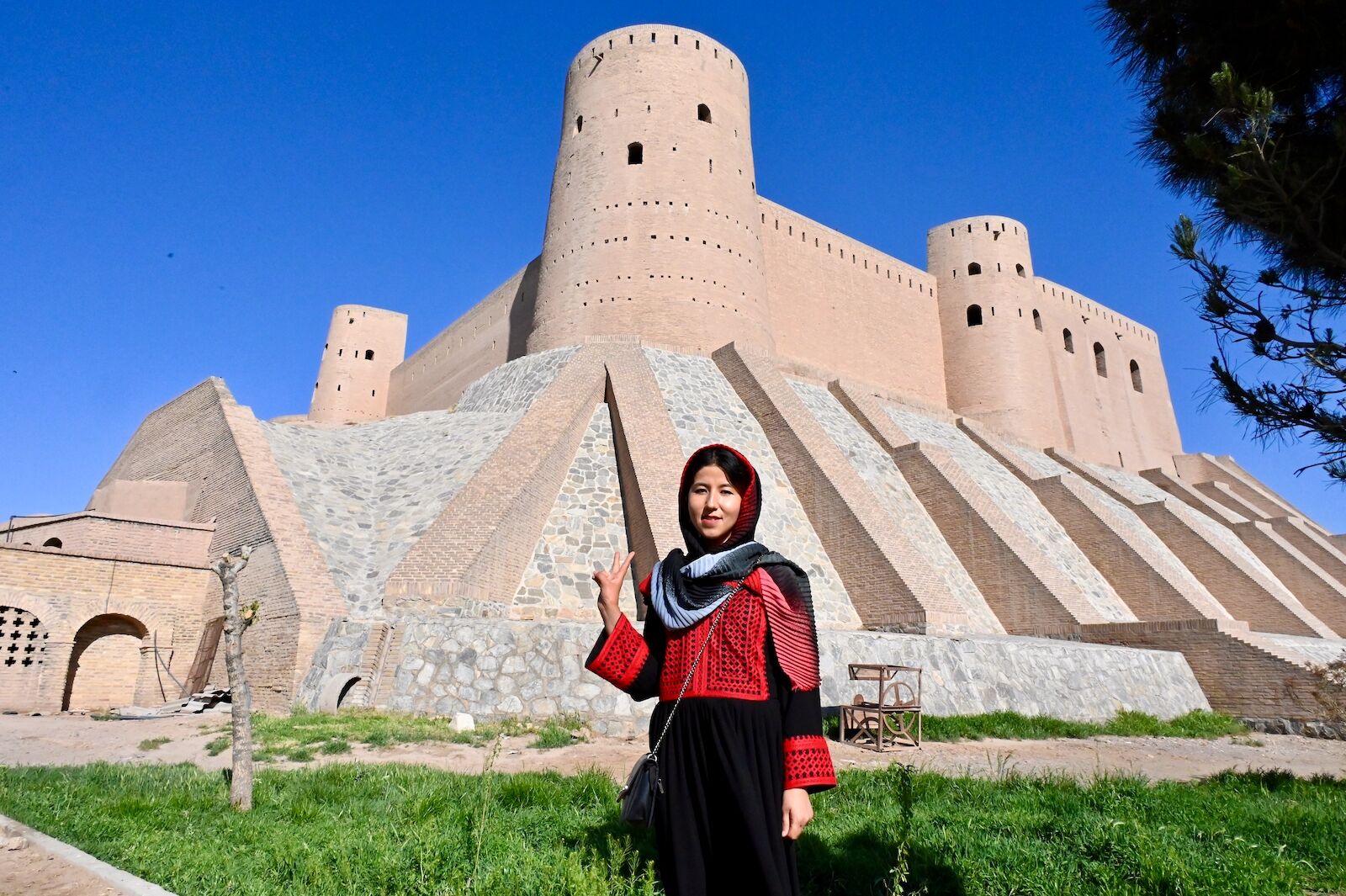 “I decided to start giving tours despite knowing its dangers, because I strongly believed there should be somebody to start it, otherwise it will always remain an unaccepted job for women. I wanted it to inspire other women to have the courage to do what they like to do.”

Haidari currently works with Untamed Borders, an adventure travel company that brings people to some of the world’s most inaccessible places. Since the Taliban takeover of Afghanistan in August 2021, Haidari has been leading virtual tours from Italy, and looks forward to returning to in-person tours in Afghanistan once it’s safe to do so. We spoke to Haidari to learn all about her experience as Afghanistan’s first female tour guide, the struggles it entails, and her goals for the future.

Matador Network: What has been the toughest part about touring people around Afghanistan? 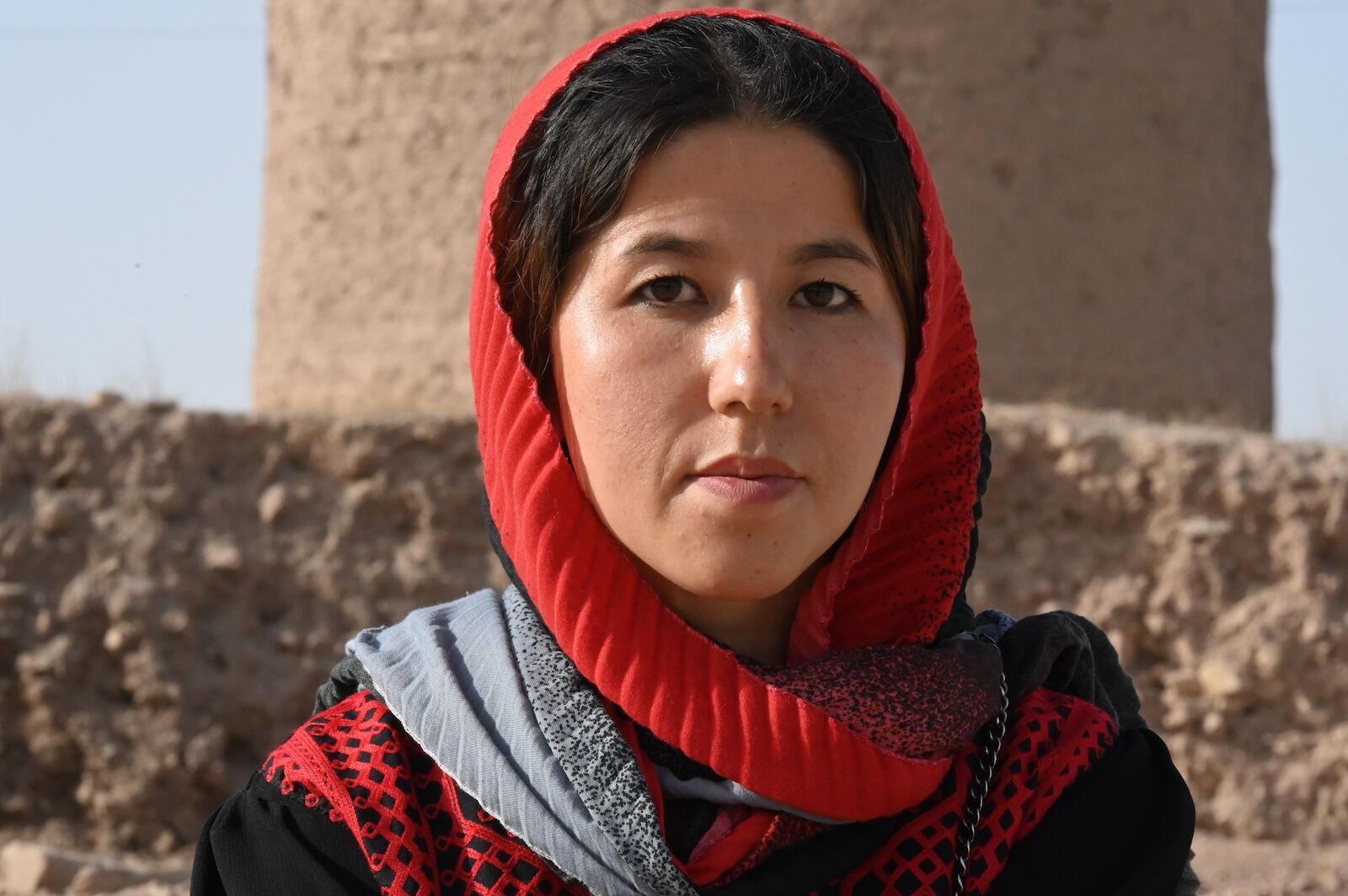 Haidari: Fighting with the society that was trying to bring me down. Strange looks on the streets, insulting me with their bad words, physical abuse, sending negative energy saying, “you’re a girl and can’t do this, do it with a male colleague, you’re putting the lives of tourists in danger, you became non-Muslim, it’s time to repent.” The only gun I used to fight with was just a smile to make them understand I won’t give up. They’re wrong, not me.

What needs to change in Afghanistan for more women to feel comfortable pursuing careers like yours?

Women should not accept the injustice, and all people should be educated to understand human rights and what’s right and wrong. There should be more national and international support for women’s education.

What is the most important thing you hope visitors learn about Afghanistan from your tours?

For the time being, you are only conducting virtual tours. Explain why, including why you temporarily left the country.

What I had been doing was a red flag for extremists against women’s social activities, and terrorist groups like the Taliban. Yes, I became a target to be killed specially when the Taliban arrived in Afghanistan. So I had to stay or live, and I decided to live. To live, the only way was to leave Afghanistan.

When I came to Italy I decided to not give up and continue fighting, not with guns but with my knowledge and love of my country. No matter how small or how far away I am, I wanted to continue giving tours and introducing my beautiful country to the world from a positive perspective, no matter how bad things get there. Virtual touring was a way I could continue to do my job but from a different window, while supporting female education in Afghanistan even if it’s hidden. So thank you to all those nice people who are supporting my girls out there in Afghanistan by participating in my virtual tours, and making me feel like I’m guiding tours again.

What are you most excited about in the near future? 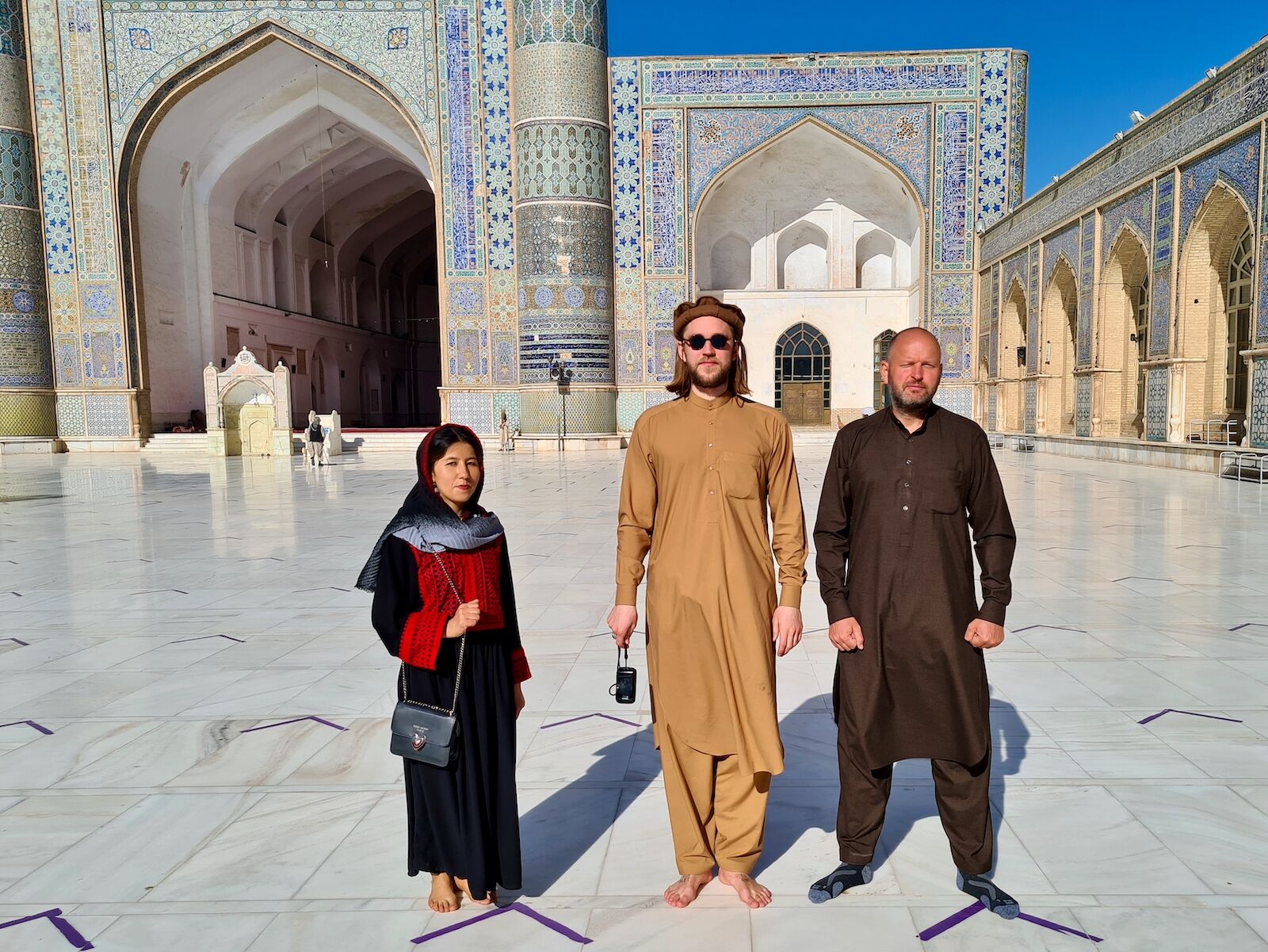 It’s my job to never give up on the aims I have for future tourism of Afghanistan and women’s participation in it. If there are more people interested in participating and supporting Afghan girls’ education, I would like to expand from Herat and give tours to all the provinces of Afghanistan. Together we could help girls like me in Afghanistan to build their stories, and to be the changers, not the victims.

You can book upcoming tours of Herat with Fatima Haidari at Untamed Borders.

CultureThe 7 Most Beautiful Places To See in the Most Dangerous Countries in the World
Tagged
Female Travel Afghanistan
What did you think of this story?
Meh
Good
Awesome