On May 8, the mobile app Agora launched a free photo competition. Entries had to adhere to the theme of aerial photography. The finalists were revealed last week, and they’re incredible.

From intricate skylines to desolate natural landscapes, the competition received 9,018 submissions in total. Ewold Kooistra won first place and walked away with a $1,000 prize for his photograph titled “A magic morning in The Netherlands.” The Agora app is known for its globally inclusive photo contests that draw a large pool of participants, both amateur and professional. Here are this year’s most stunning submissions. 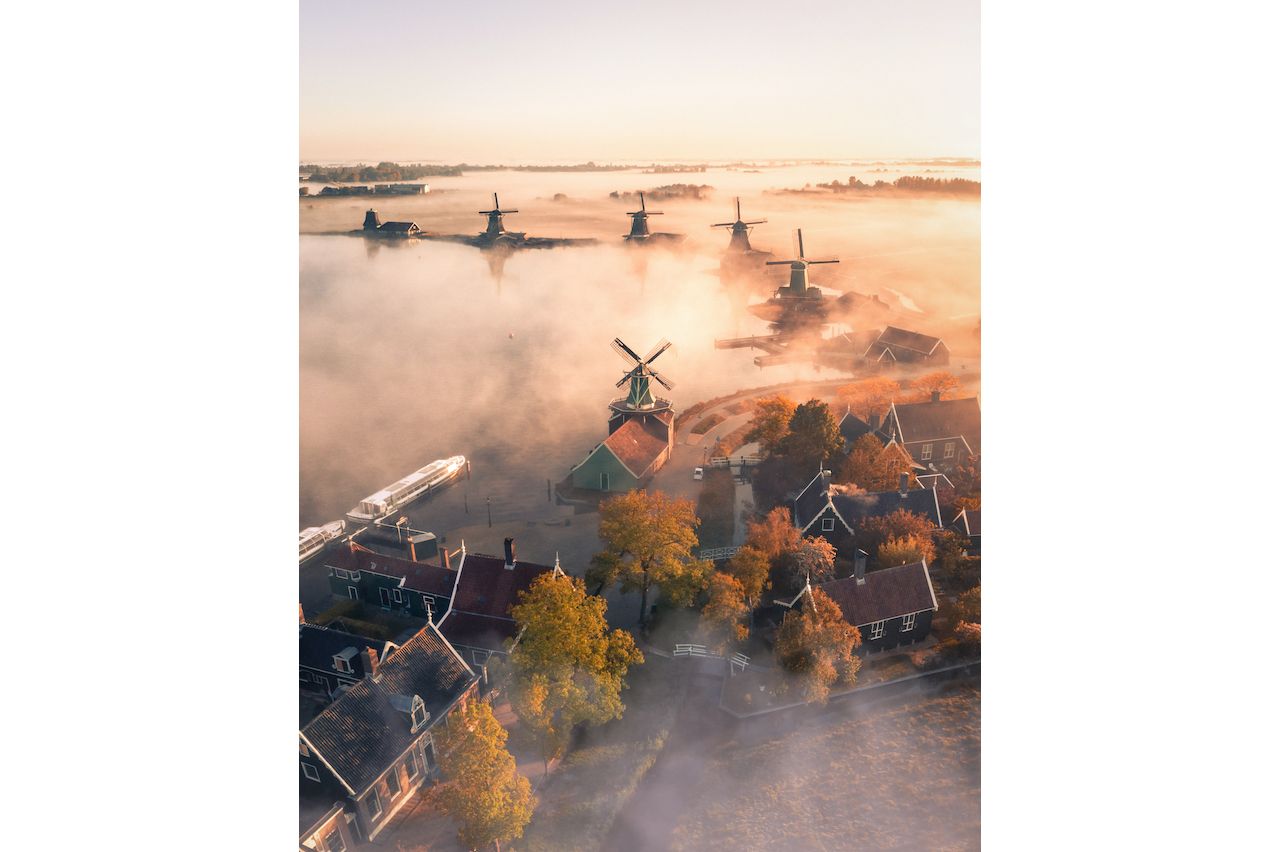 Kooistra woke up at 4:00 AM and drove out to Zaanse Schans, near Amsterdam, to capture this scene of a foggy morning. “The wind had turned and blown the fog in the direction of the windmills. I had only 50 percent battery left on my drone and took off to find a unique angle to capture this place. When I looked on my phone to see the drone view it was like a dream,” he told Agora. 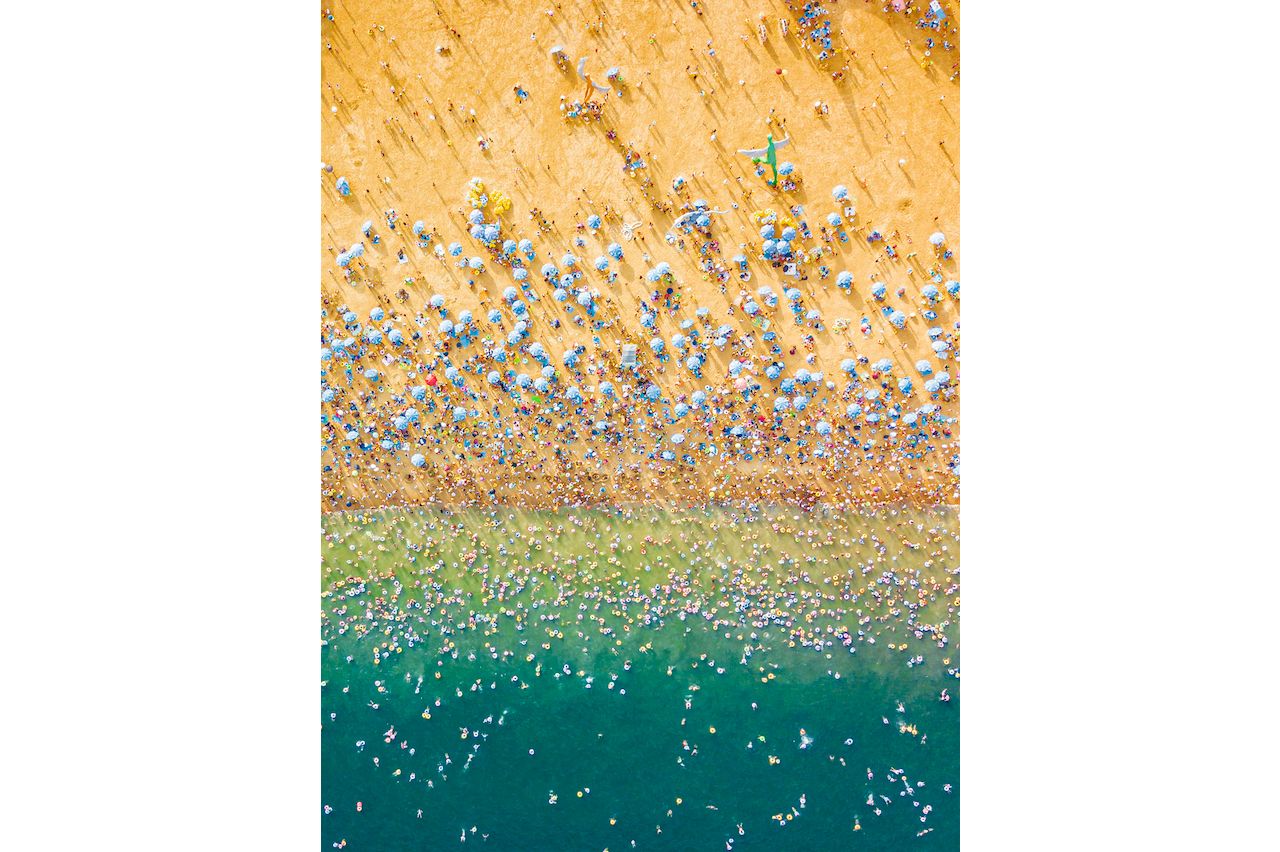 Another finalist was Will Markezana for this photograph titled “Overcrowded,” depicting a densely populated Dameisha Beach in China. Markezana said, “The crowd density was so high, I had to gain quite a lot of altitude to make it fit in the frame. At that point, those indistinguishable people started to create a pattern that I found even more powerful and fascinating.” 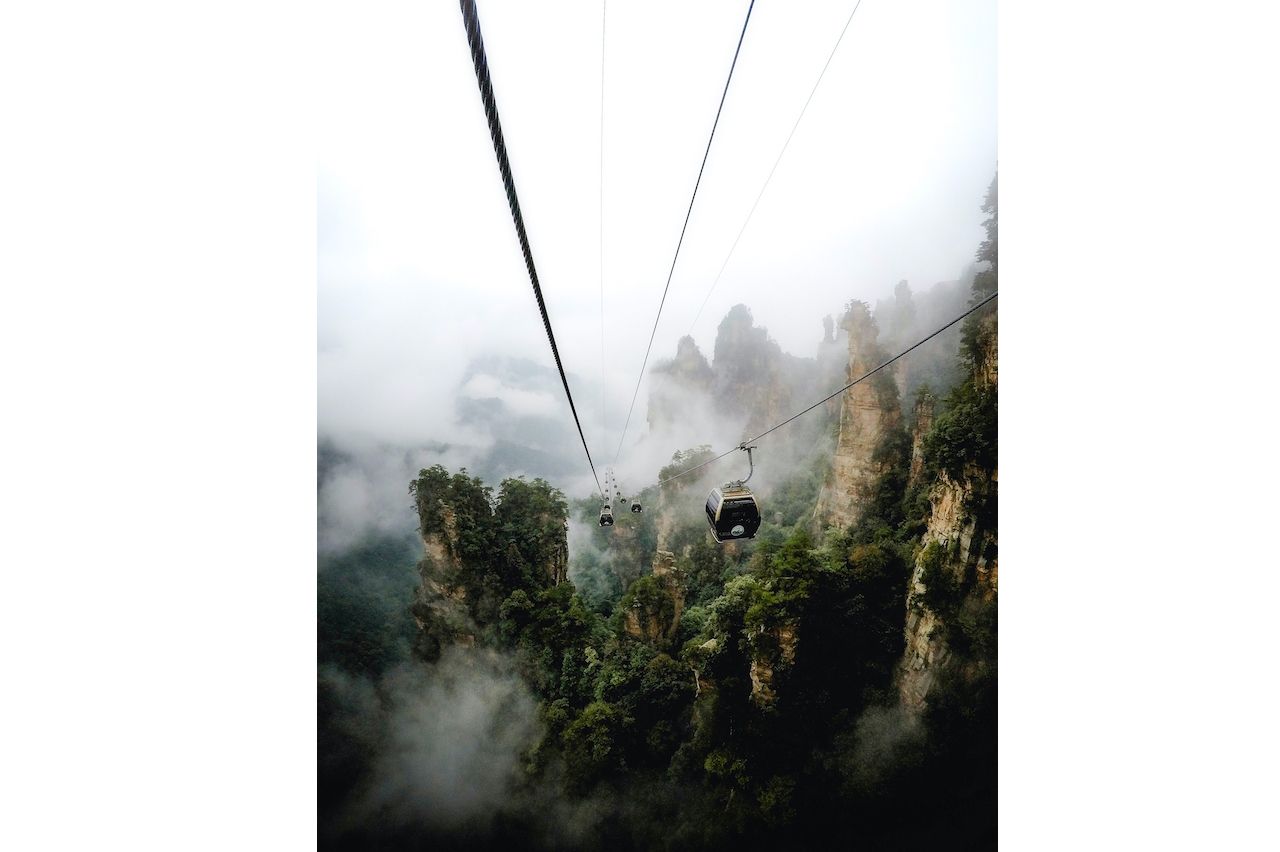 Sjoerd Bracke made it to the top 50 with his image titled “Floating in the air!” Bracke captured a cable car ascending the Zhangjiajie National Park’s cliff mountains in China. “Within the park, there are altogether more than 8,000 cliff mountains, towering into the sky. During our ride, it was a misty morning which is why this scenery looks even more mysterious. We couldn’t believe our eyes when we rose above the clouds and this view appeared. I wanted to capture this the best way possible, putting my GoPro through the small window because shooting through the scratched glass wouldn’t turn out good at all. A minute later, the view disappeared again. Turned out we got lucky,” Bracke recalls. 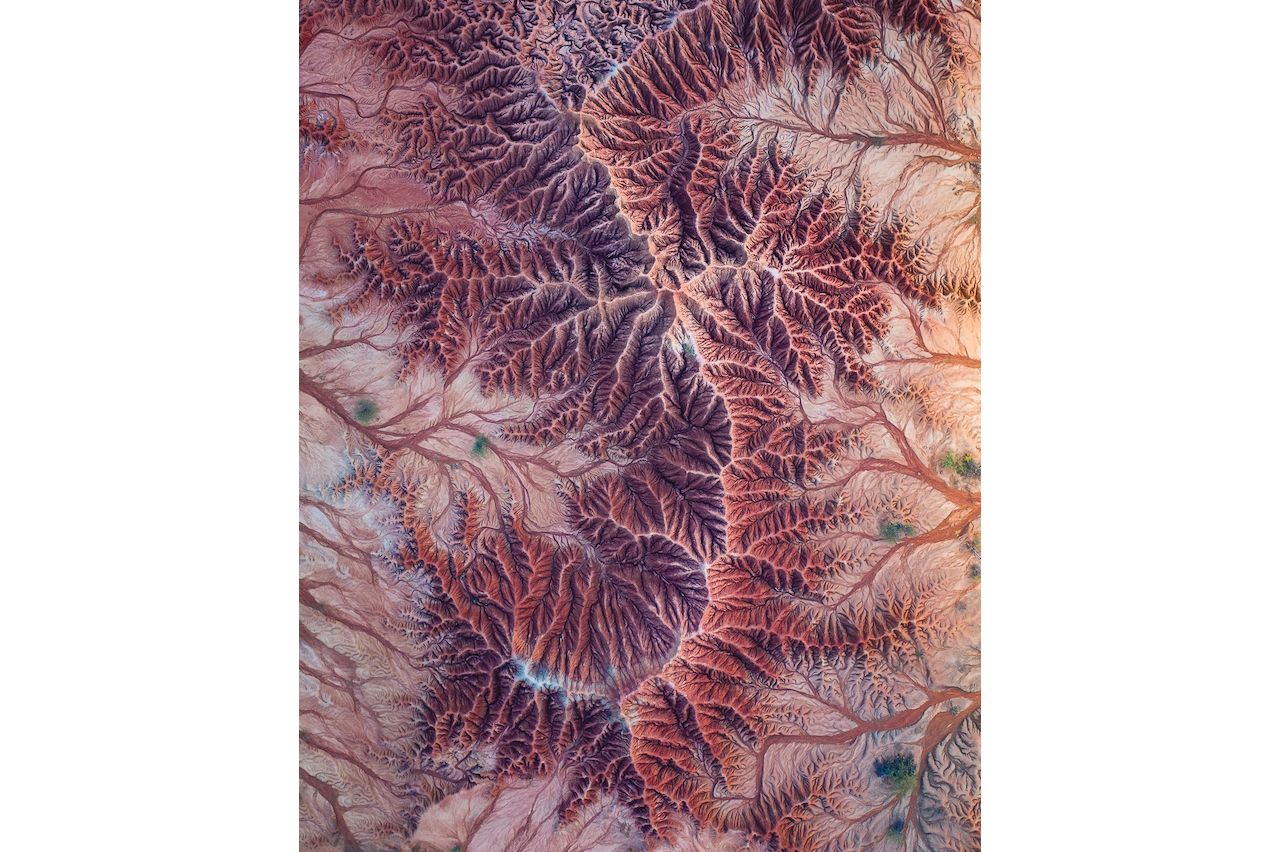 Johan Vandenhecke captured a hauntingly beautiful panorama of Colombia’s Tatacoa Desert, marked by intricate patterns created by the drought in the region. “You can see how the drought slowly scraped out these patterns and structures. Imagine the time that has been needed to create this, layer by layer; that’s just mind-boggling,” said Vandenhecke. 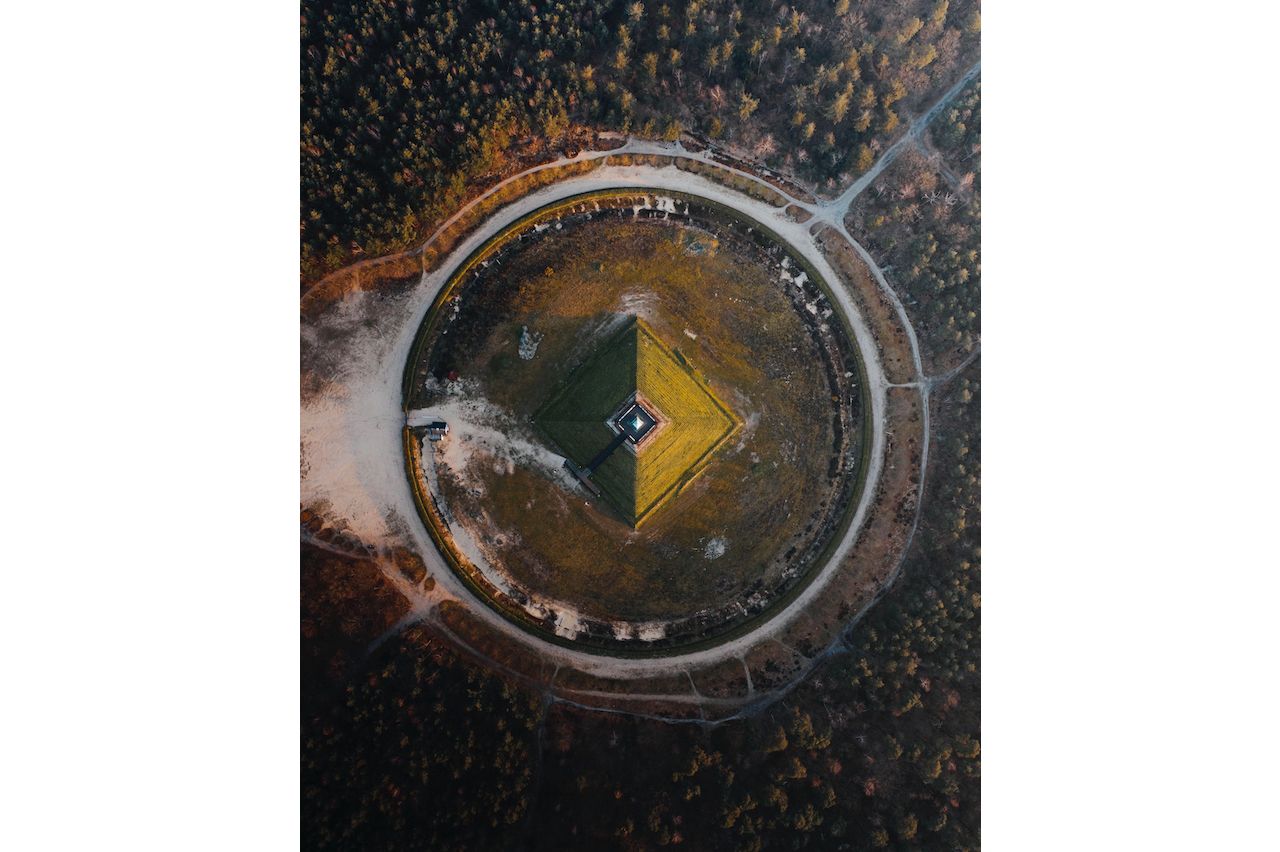 Mark Curé’s “Early morning trip” made it to the top 50 with the mysterious aerial shot of the Pyramid of Austerlitz surrounded by a dense forest. 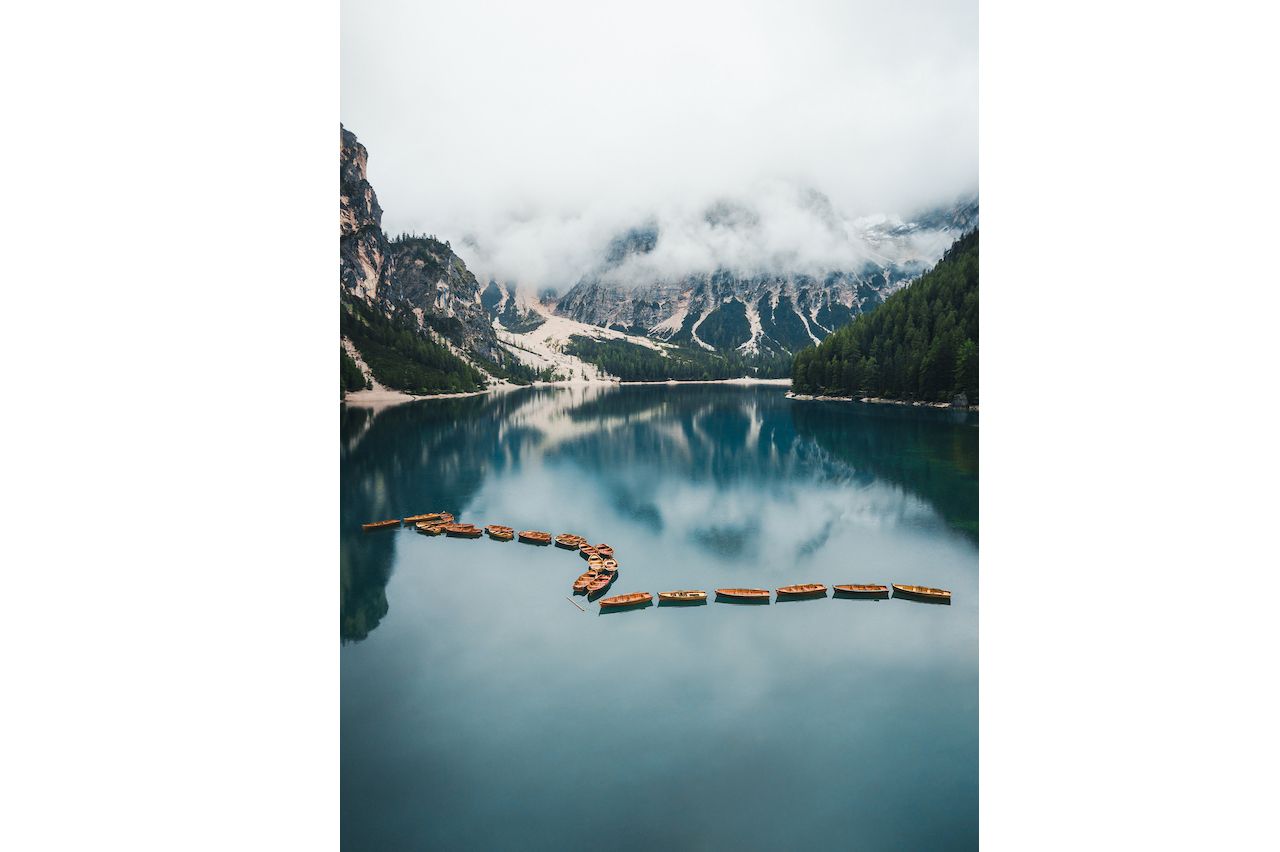 James Theo gained online recognition for his shot of a pristine mountain scene in the Dolomites. In the photo, a crystal clear lake is dotted by traditional wooden boats, lying motionless in the early hours of the day. “The Dolomites area is full of picturesque landscapes, and no trip would be complete without a visit to Lago di Braies. I arrived in hope of a sunset but that did not happen; instead, I was greeted with some moody conditions with loads of low clouds. I enjoy shooting in challenging conditions and I was still determined to get some shots of this beautiful place,” said Theo. 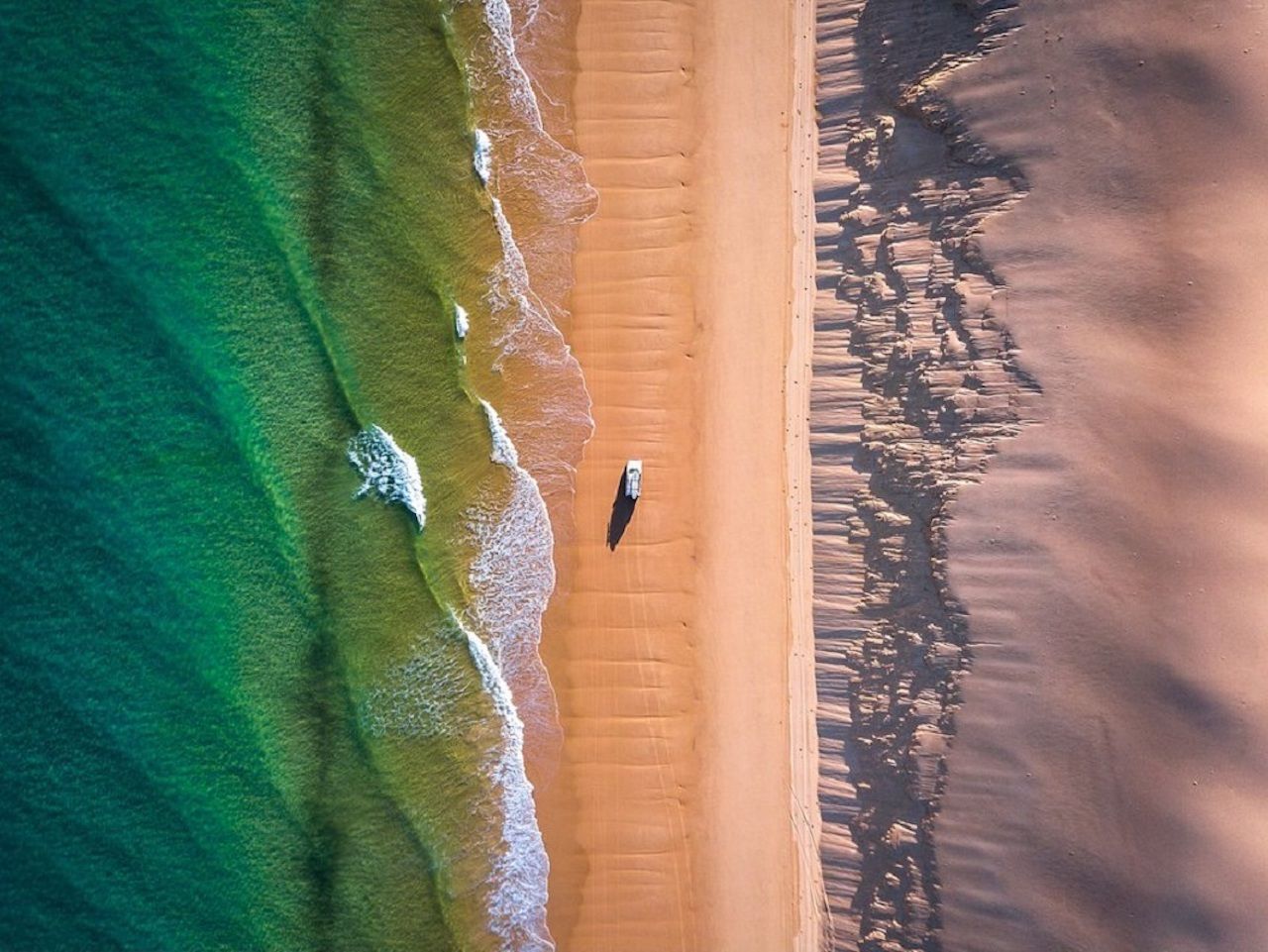 “Racing the tide to safety” is another submission that made it to the final stages of judging. Captured by Luke Simpson, the shot of a car cruising the Fraser Island highway surrounded by crashing waves on one side and sandy dunes on the other conveys a strong feeling of urgency. Simpson described the view as “an ever-evolving landscape where giant dunes meet crystal clear water.” 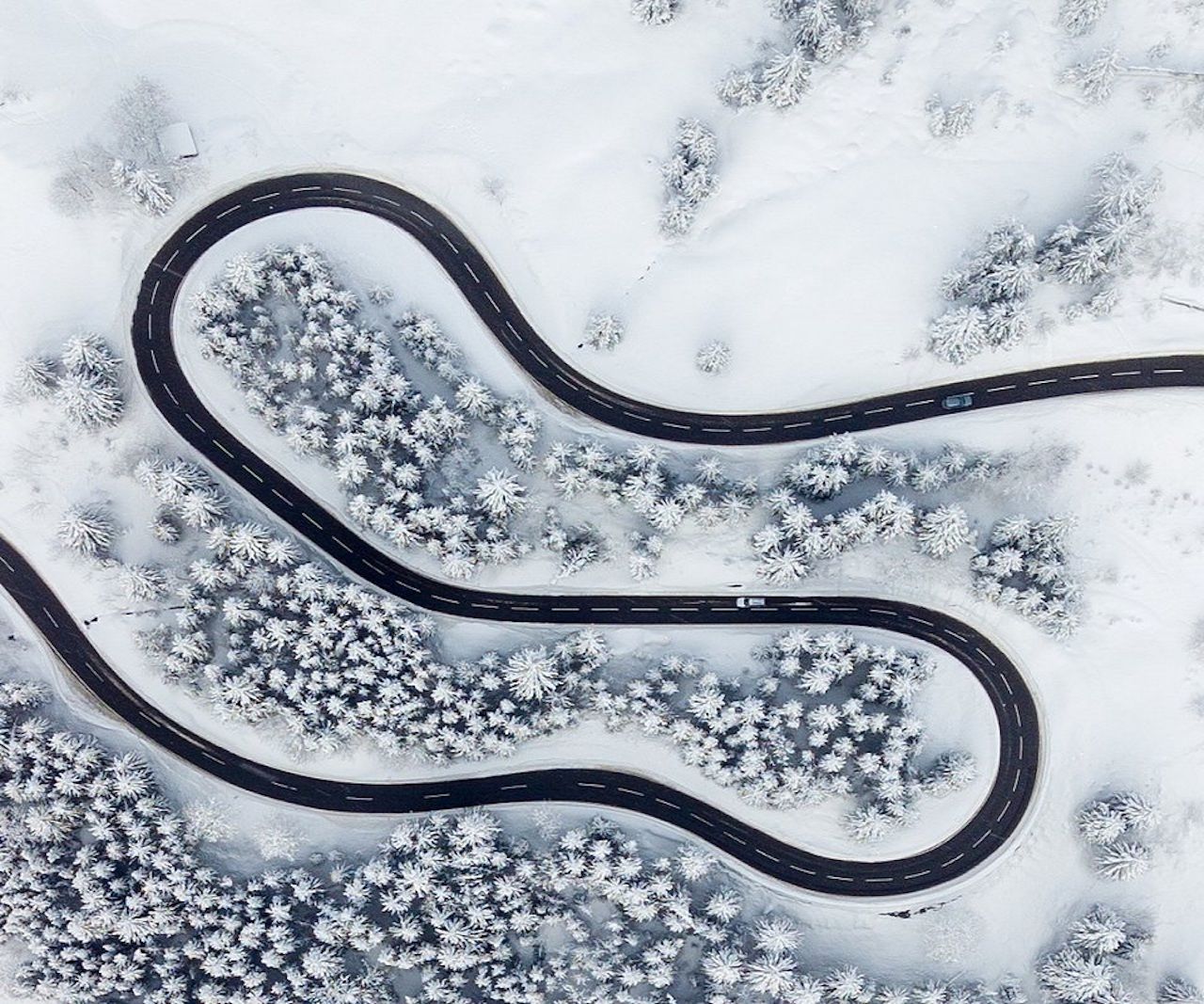 Katharina Imhof captured a car snaking its way across a snow-covered road in Allgäu, Germany. “It was such a cold day. There was fresh snow and I wanted to take my dream shot. A lot of people around the world have never experienced snow so I wanted to show them the beauty of winter through my photo,” Imhof shared. 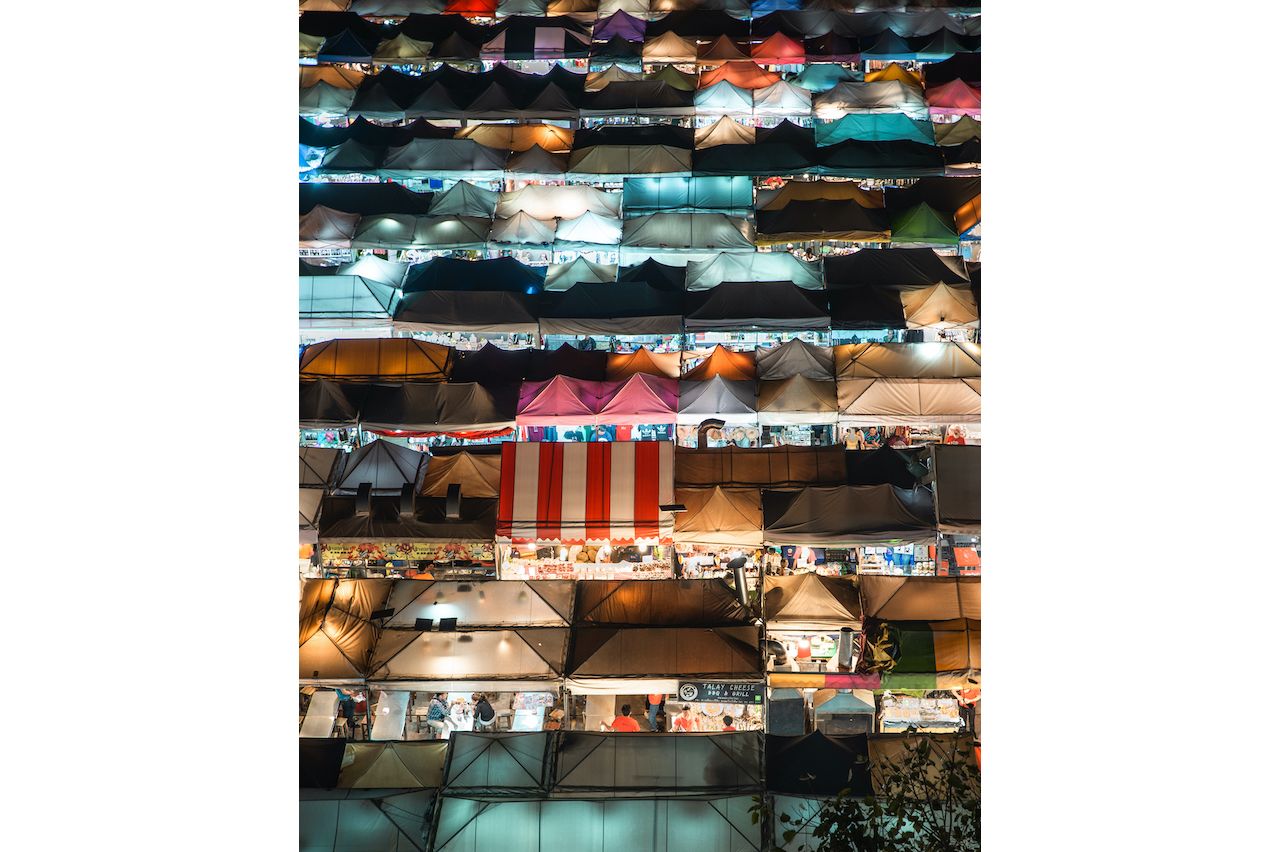 Twinkling lights, colorful tents, and bustling life radiate from Michelle Wandering’s shot of a market in Bangkok, Thailand. Wandering said, “The lesson to learn from this photo: if you’re in a place to do some photography, don’t just stay at the location itself. Do some research beforehand and look around the area to find unique points of view.” 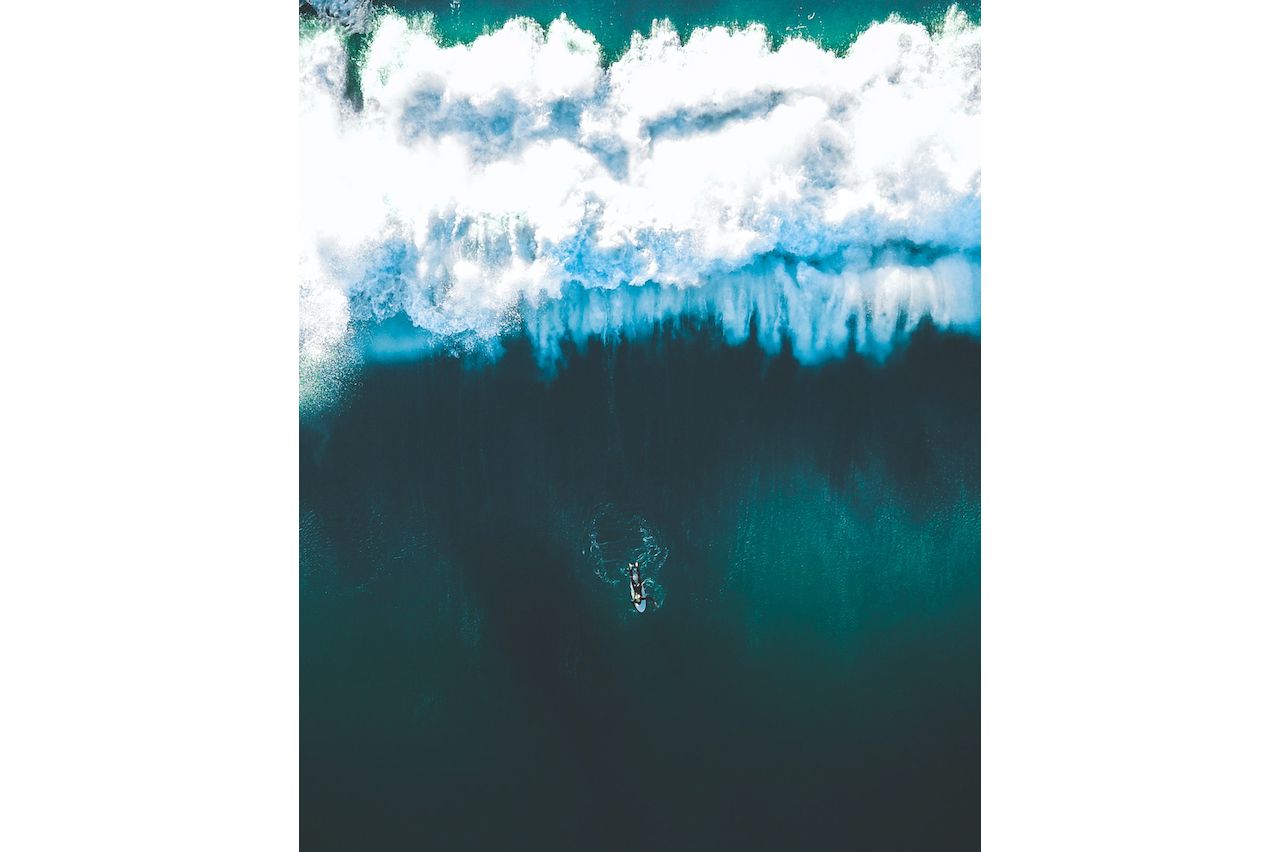 Blake Hobson captured a stunning view of deep, blue water and a surfer about to hop on a massive wave in Perth, Australia. 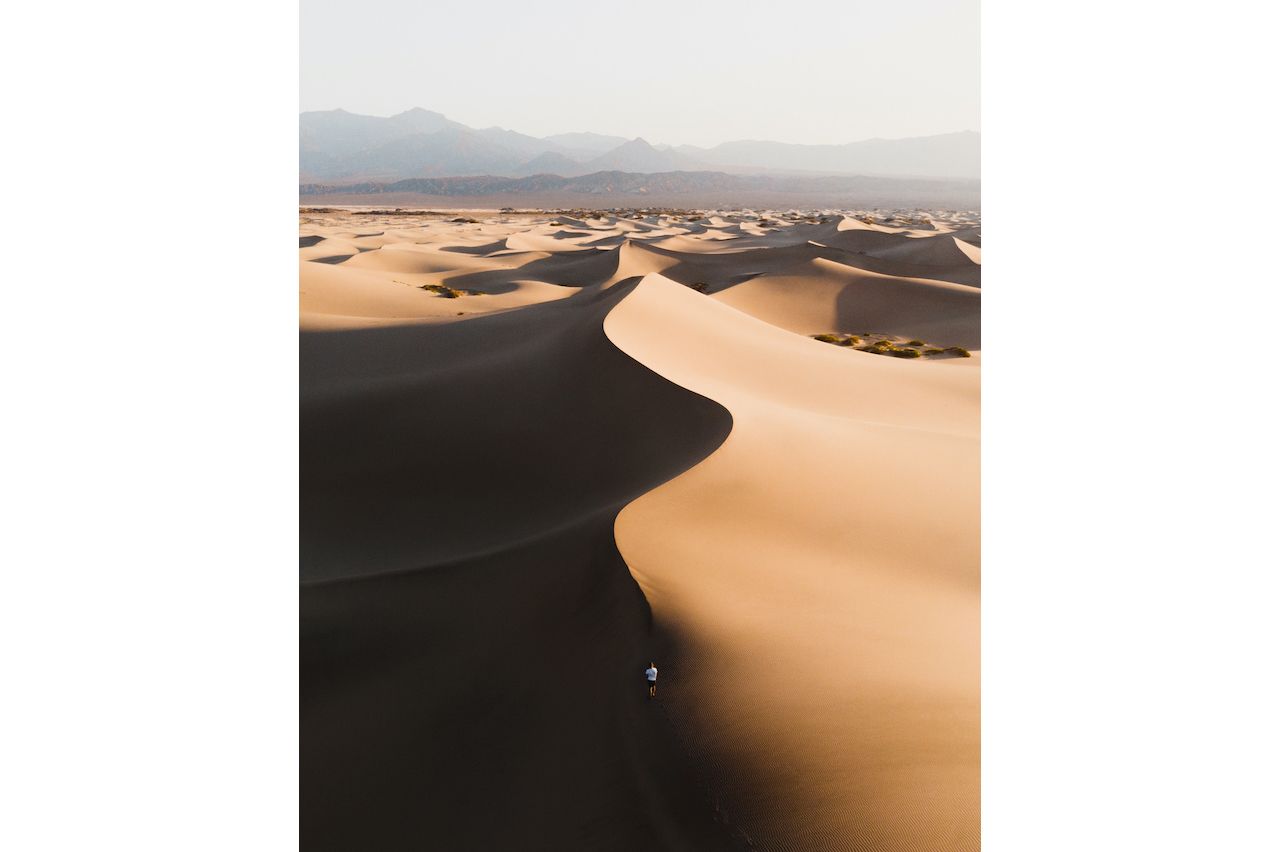 “Patterns of Death Valley” depicts a single explorer roaming a desolate desert landscape amid a symmetrically curved dune. Photographer Matt Cannon shared, “I wanted to convey the beauty and scale of this unique location. It was important to photograph early as the temperatures here can reach 134 °F during the day!” 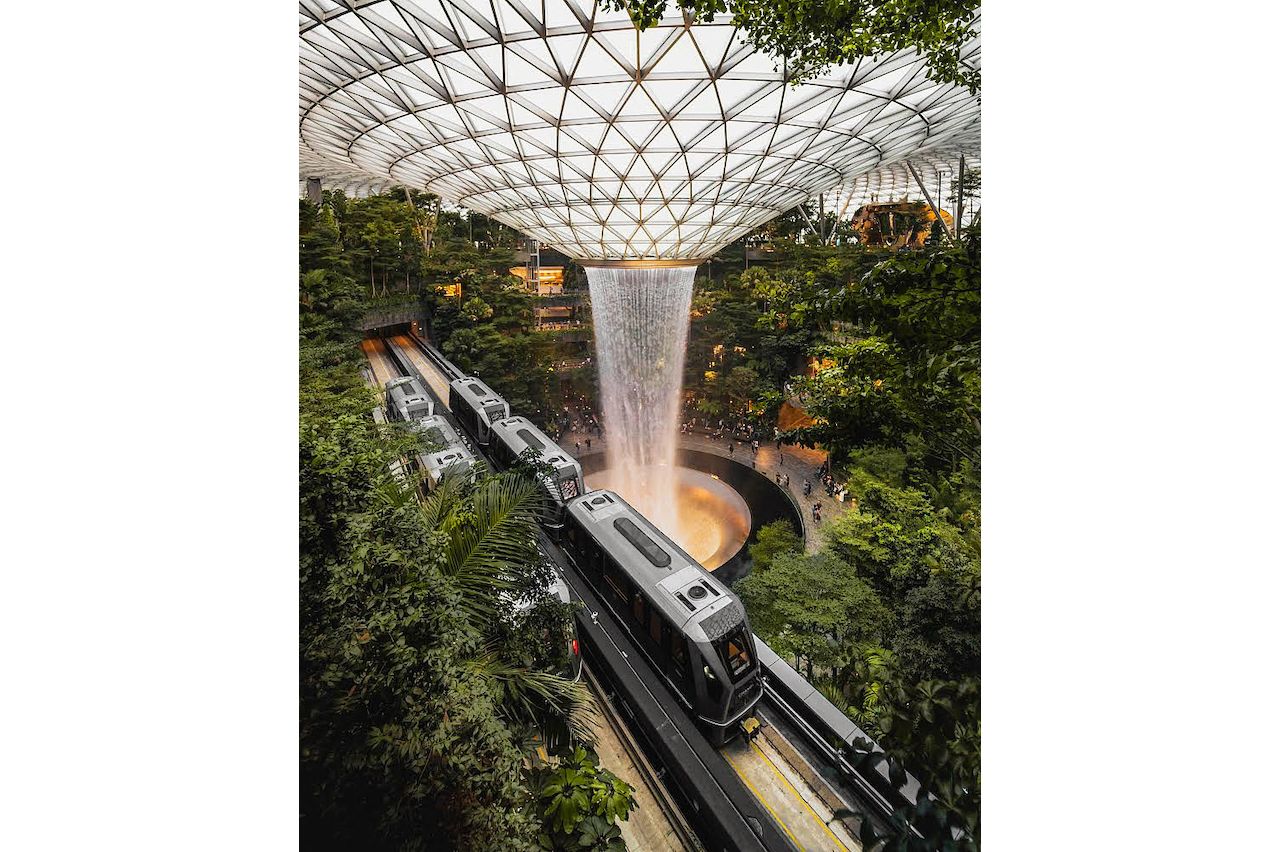 Jordi Sark beautifully captured Singapore Changi Airport, one of the world’s most well-known. The photo showcases its most recognizable area — the indoor waterfall, rainforest, and passenger train that makes its way across the terminal.

NewsThe Winners of the International Photography Awards Revealed, and They’re Stunning
Tagged
News
What did you think of this story?
Meh
Good
Awesome