Still on an adrenaline high from last night’s historic bloodbath, it’s a bit of a letdown to wake up this morning and realize there are only three more episodes left of Game of Thrones… ever. Leaving Mondays with even less to talk about until football mercifully comes back in August. That means you’ve got four months to go absolutely anywhere in the world, without having to stress about finding a WiFi connection on Sundays, opening up an entire world of vacation possibilities. And if you’re going through GOT withdrawal this summer, there’s still good news. Airbnbs the world over are set in — or draw inspiration from — parts of the show and can make you feel like you’re living all eight seasons over again, minus the beheadings. 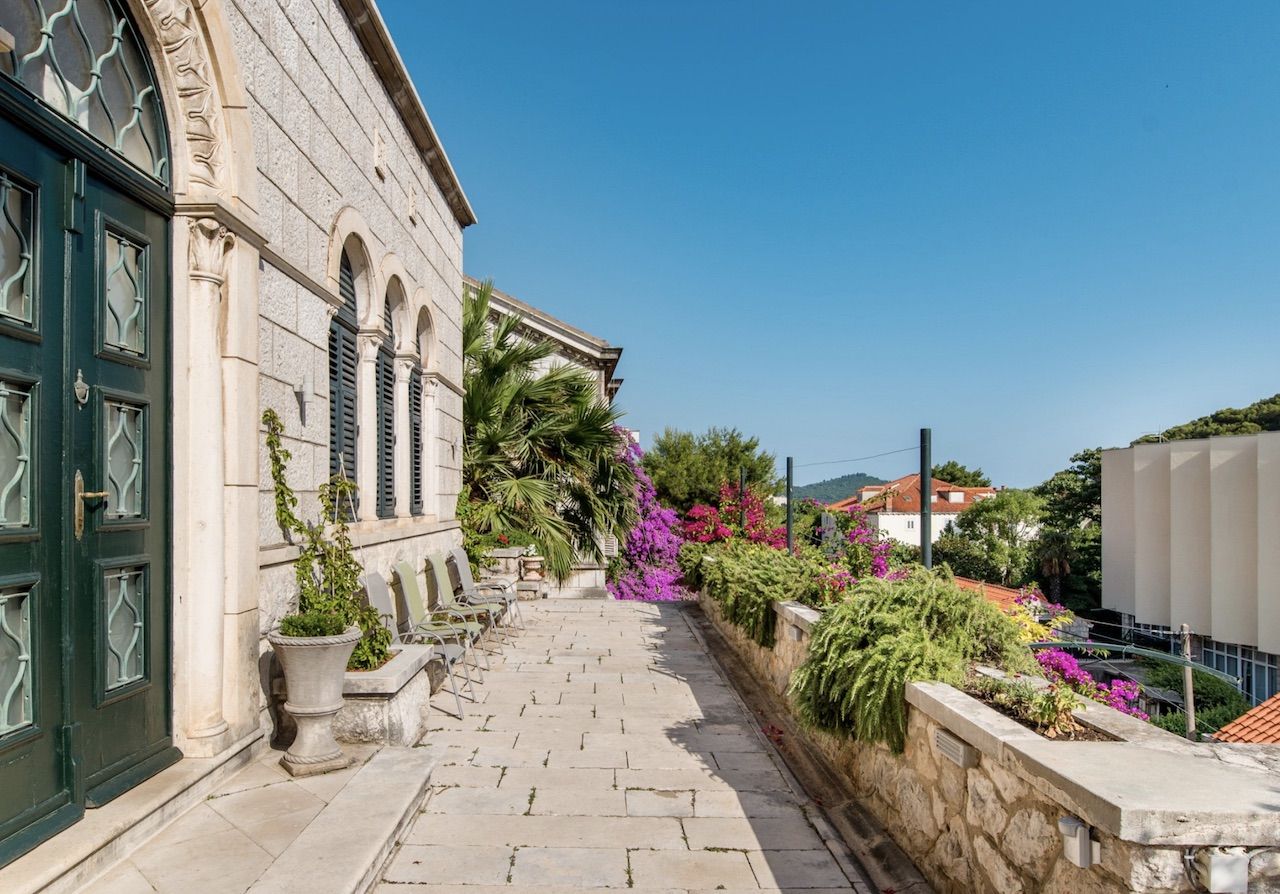 If your whole GOT watch party has been mumbling about taking a trip to see some of the filming sites, short of renting a castle you’d be hard-pressed to find a place that fits everyone better than this villa near the old city in Dubrovnik. The city has over a dozen different settings from the show, primarily of King’s Landing, nearly all of which can be visited in an afternoon. Most notably, you can stroll the streets where Cercei made her famous “Walk of Atonement.” Though we’d highly suggest not trying to relive that one, even after a few drinks. 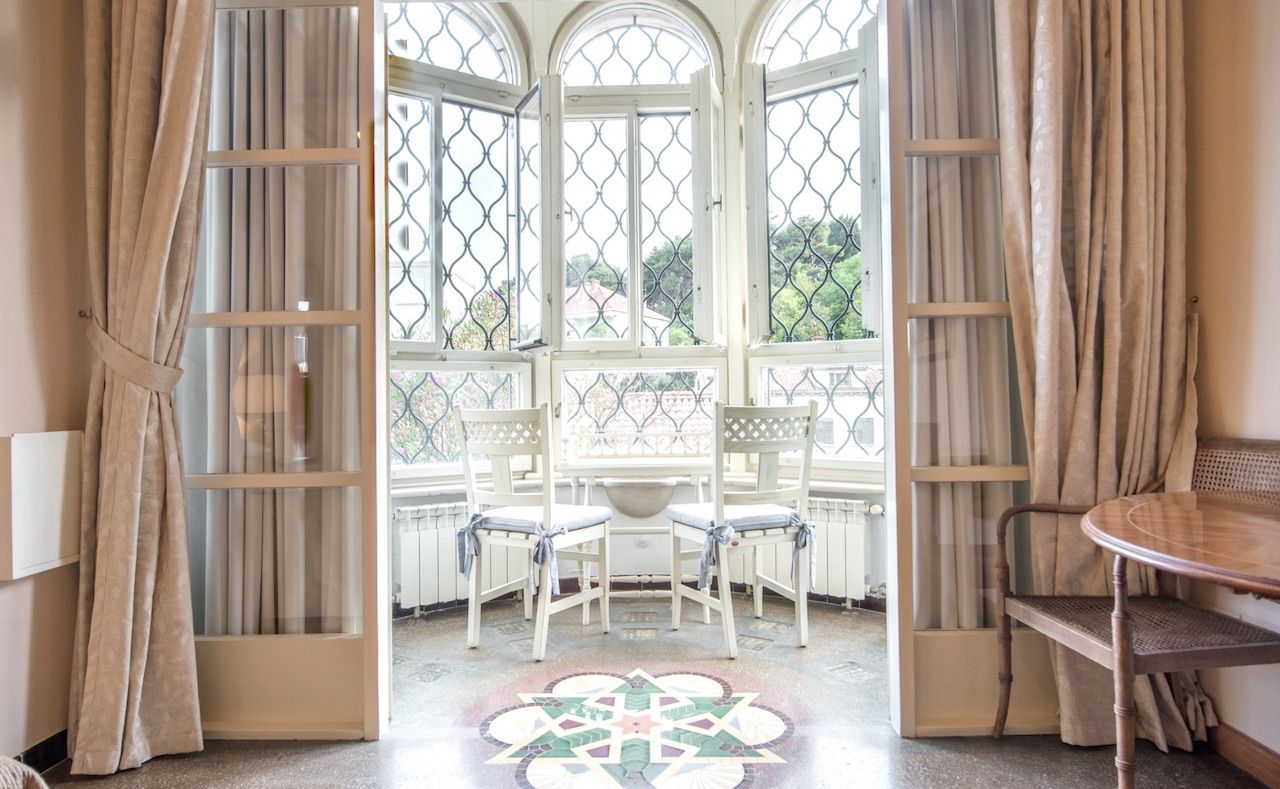 Once you’ve taken an entire phone’s worth of pictures, retire to this five-bedroom villa with its own private sauna and terraces with views of the water. The classic stones and arched windows feel like they should be part of the set, and though it’ll run you over a grand a night, you’ve saved plenty of money using your cousin’s HBO Go account. So splurge. 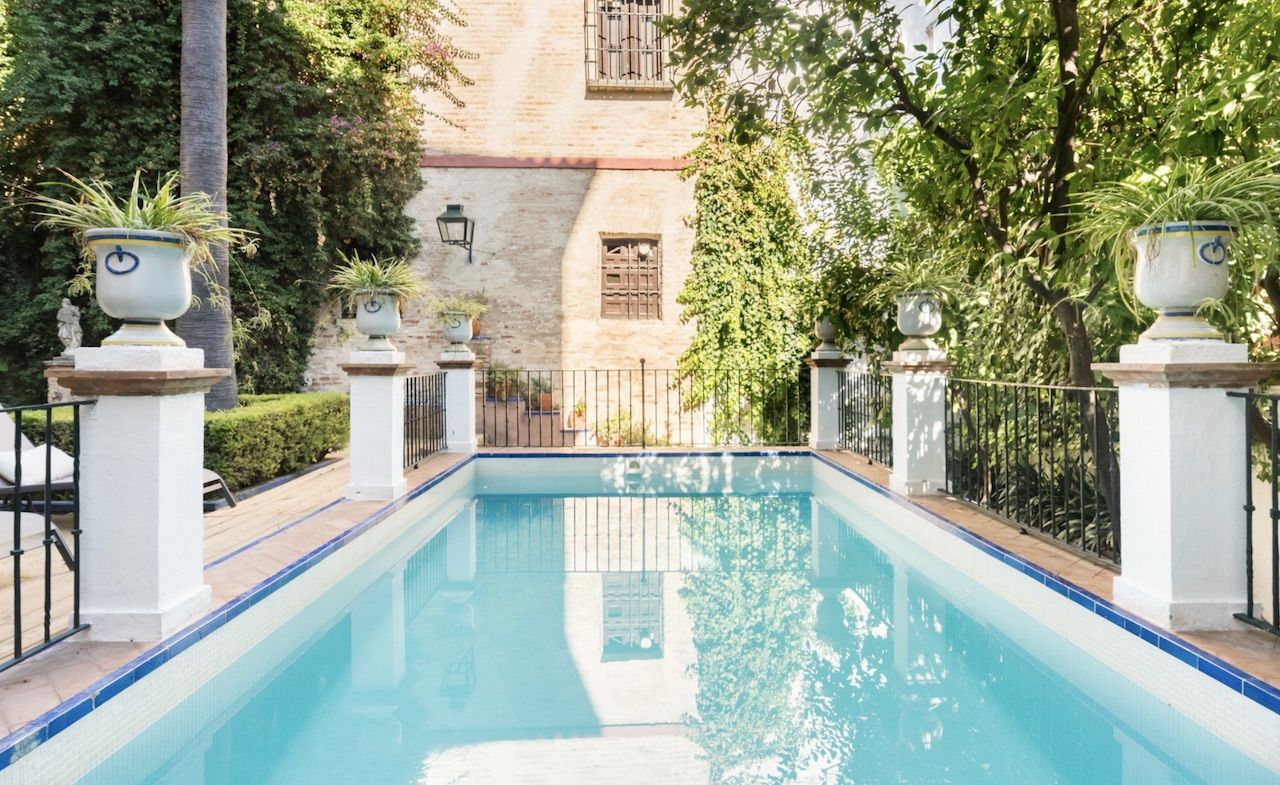 This opulent five-bedroom flat in the heart of Seville seems like the kind of place you’d live if you were Dornish royalty. With gold picture frames, Persian rugs, fine art, and marble pillars, you’ll feel exactly like a noble Martell, before they were slaughtered by a whole manner of terrible circumstances, of course. 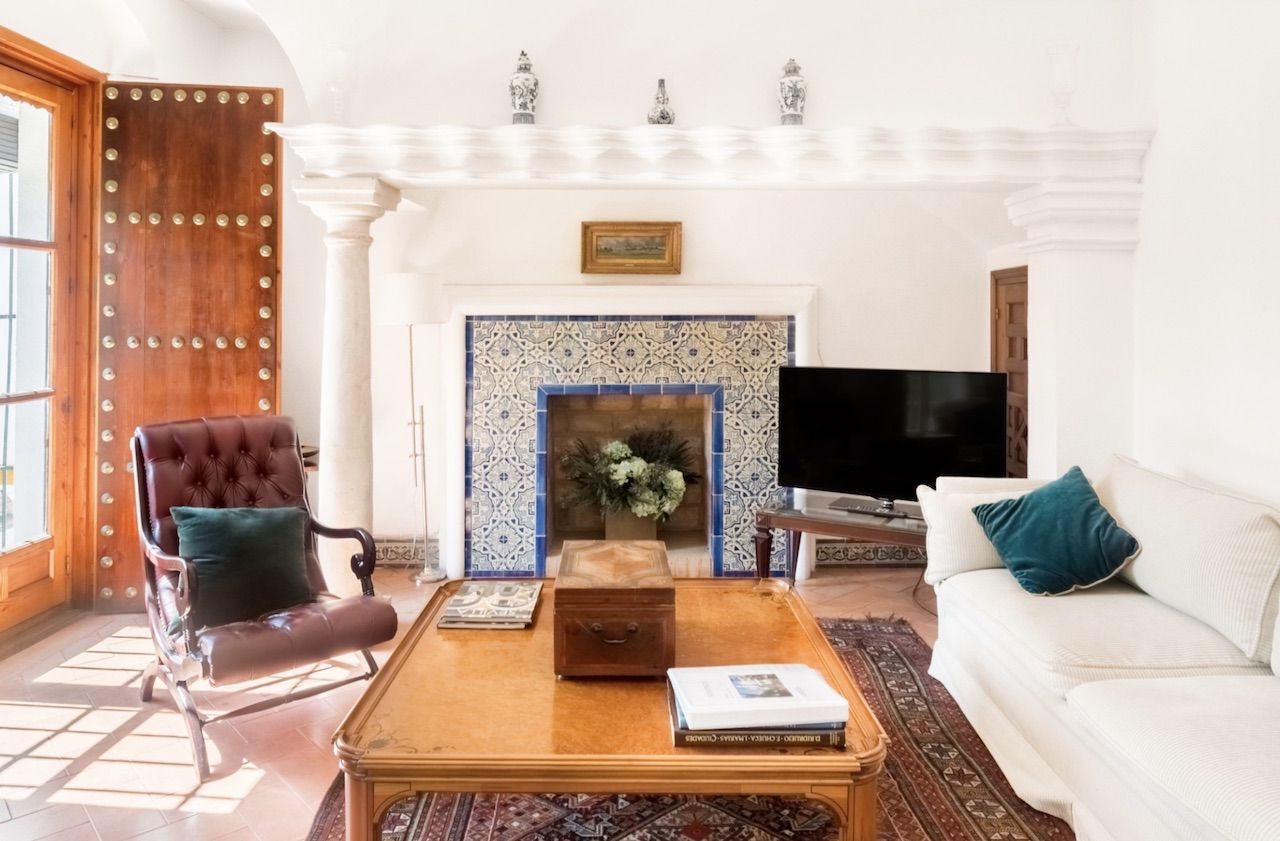 Assuming you can stave off the paranoia of imminent doom, the apartment is pretty sweet, a venerable museum of culture that you can live in for about $600 a night. The five-bedroom, 6.5-bath dwelling is actually part of an even larger house that’s been divided into these luxury apartments and sits right on the historic Plaza de Dona Elvira. You’ll also only be a short walk to the Universidad de Seville and Alcazar Palace — which served as the water gardens of Sunspear. 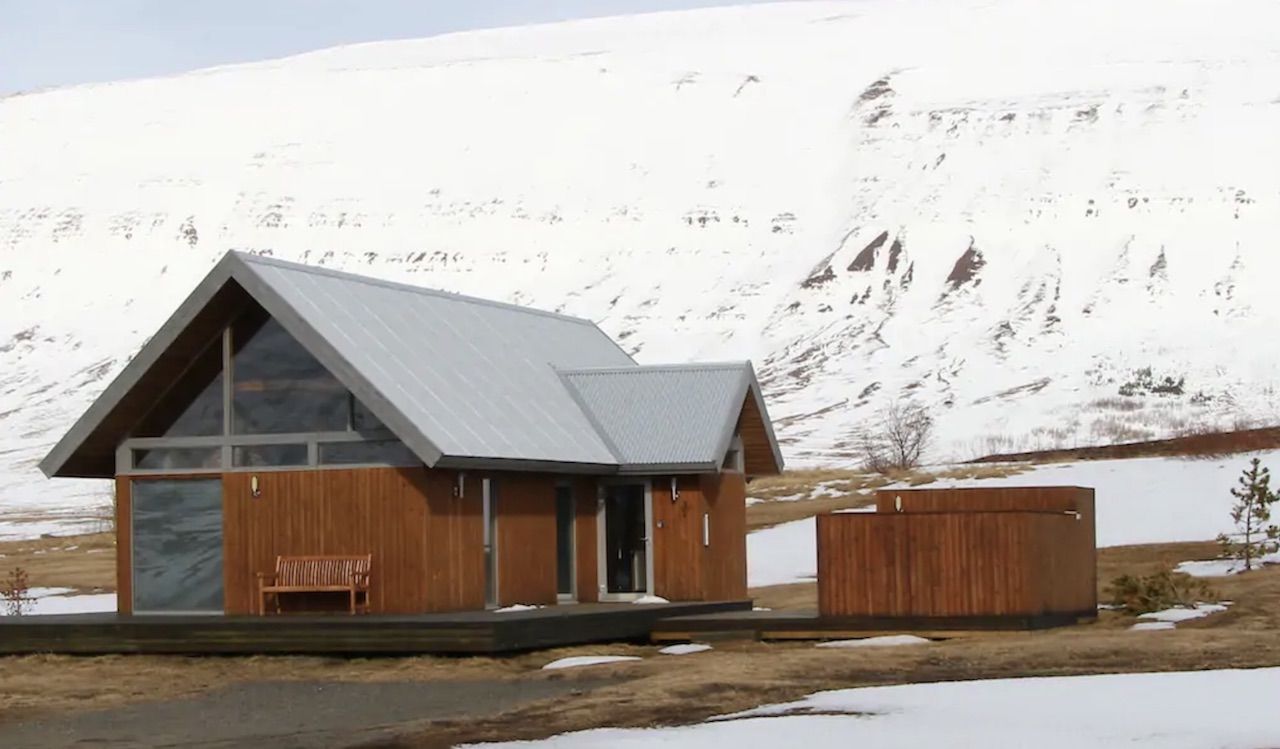 The land beyond the wall isn’t necessarily the most inviting place, but that’s why reality is often better than TV. While the countryside of northern Iceland is the stand-in for the fictional no-man’s land outside Castle Black, in real life it’s a serene, peaceful escape nearly any time of year. This two-bedroom chalet with floor to ceiling windows is about six miles from the Arctic town of Akureyri, far enough away you’ll feel like you’ve set up camp somewhere between civilization and the savages. 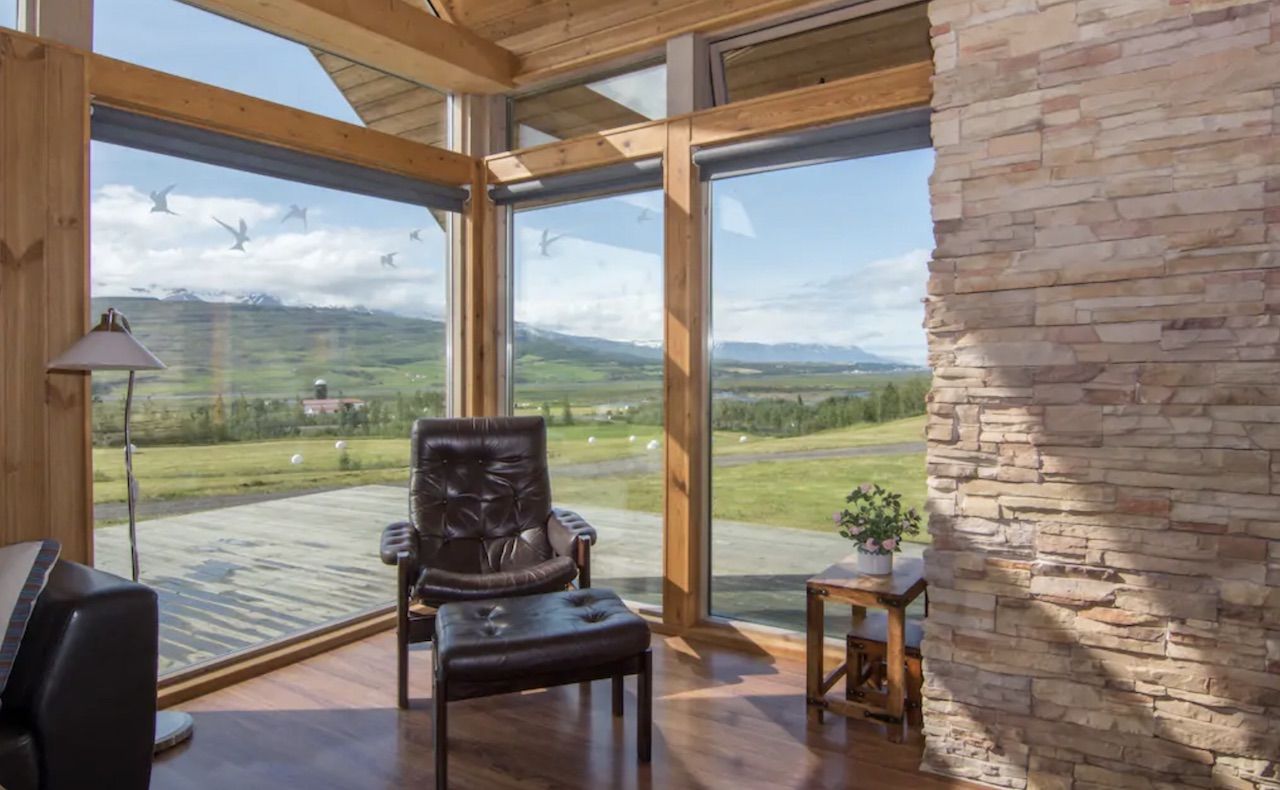 Of course, during the summer it won’t feel quite so winter-y, and as you’re in the northernmost major city in Iceland there’ll be sun out… pretty much all the time. When winter comes, however, you’ve got a front-row seat to the Aurora Borealis and a cozy hideaway from the bitter cold. The area is also known for bird and wildlife watching too, though the owner has not reported any sightings — or possessions — by a three-eyed raven. 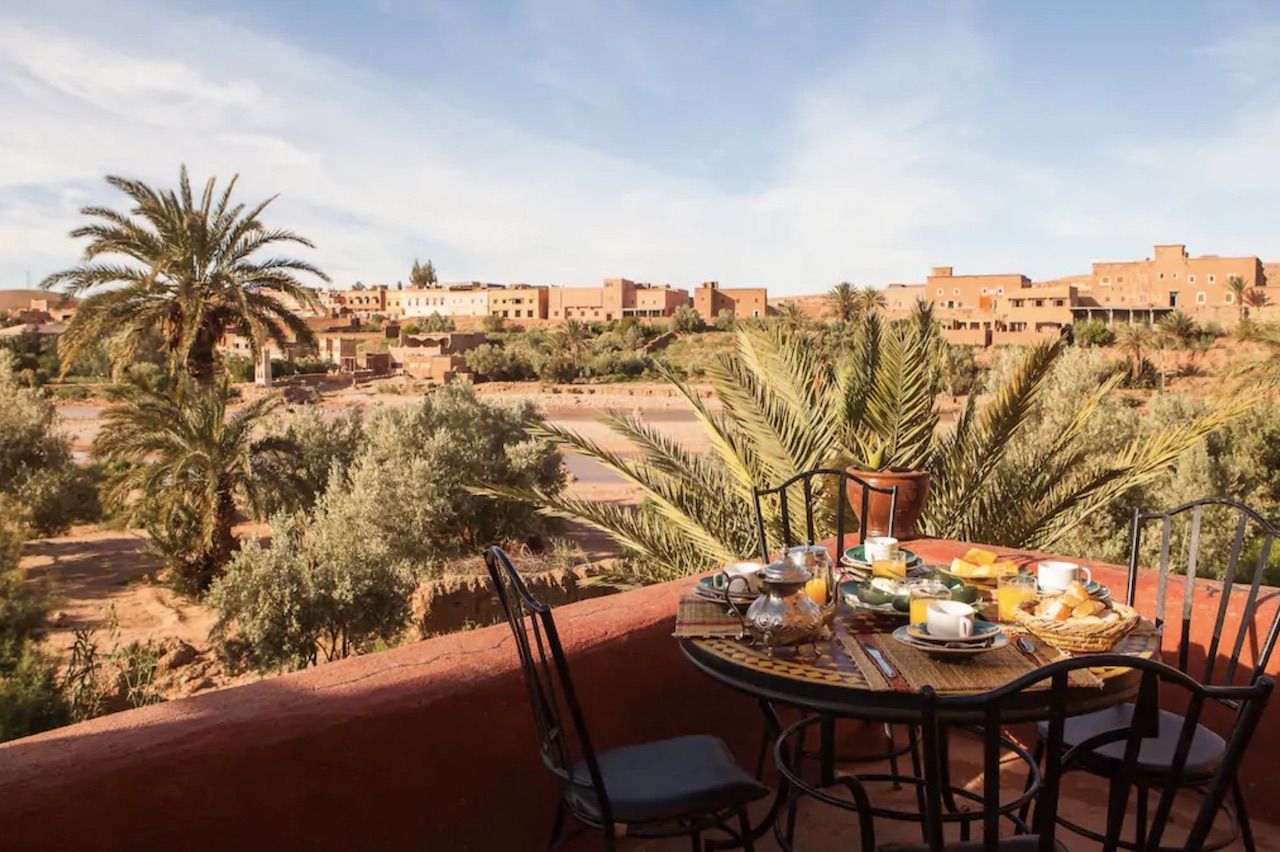 Morocco may be best known for its Blue City in Chefchaouen, but GOT fans also know it’s home to the Yellow City of Yunkai where Daenerys gained her Unsullied army and wiped out the slave masters. You’ll live in a private bedroom inside this artfully restored Kasbah in the historic Ksar of Ait Ben Haddou. In addition to a TV setting, you’ll also be sleeping inside a UNESCO World Heritage site in a fortified house owned by the same family for 300 years. 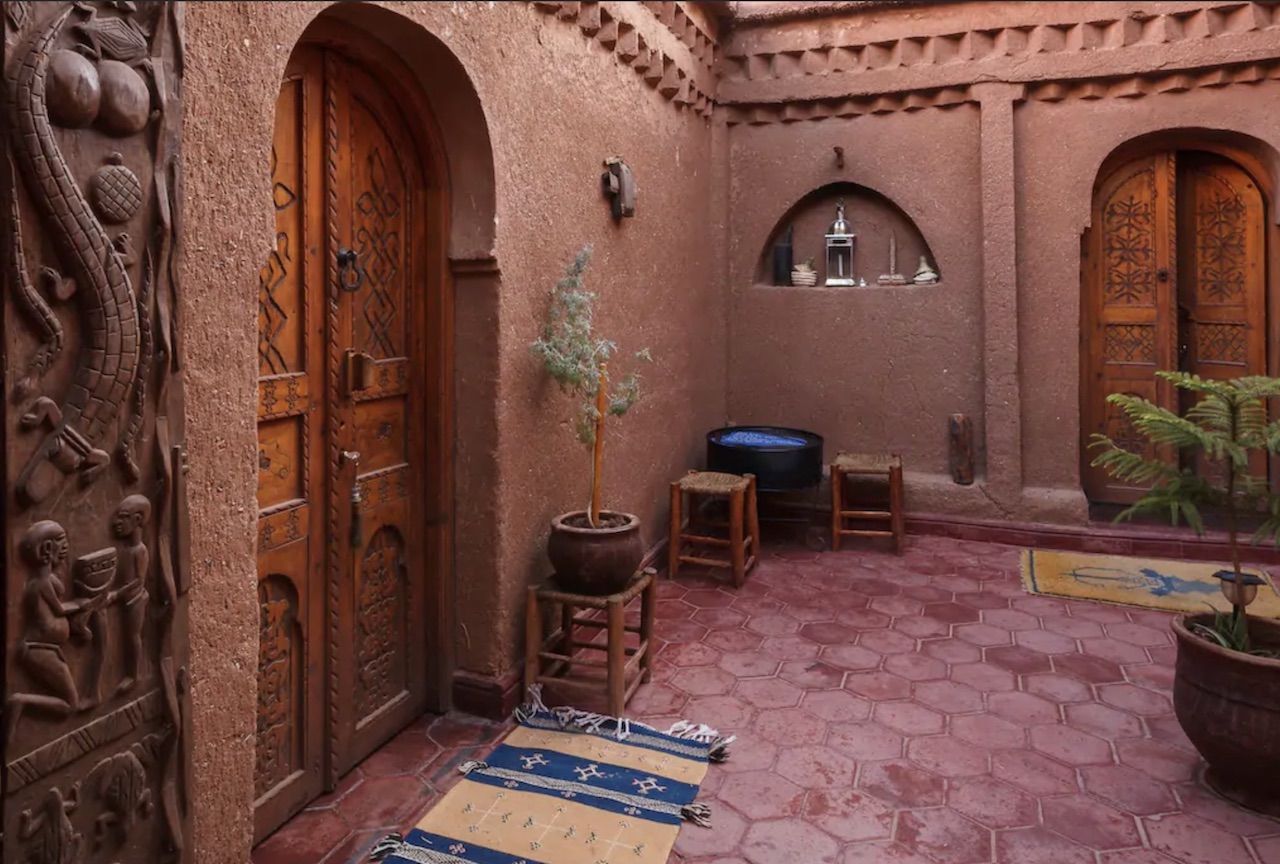 Get the sensation of gazing out over the Yellow City as you enjoy your breakfast on the Kasbah’s terrace, with views of the valley and the Ksar of Ait Ben Haddou. Later in the day, you’ll also enjoy traditional Moroccan food prepared by the family and served in the historic dining room. At under $40 a night you’d be hard-pressed to find a better lodging experience in Morocco. 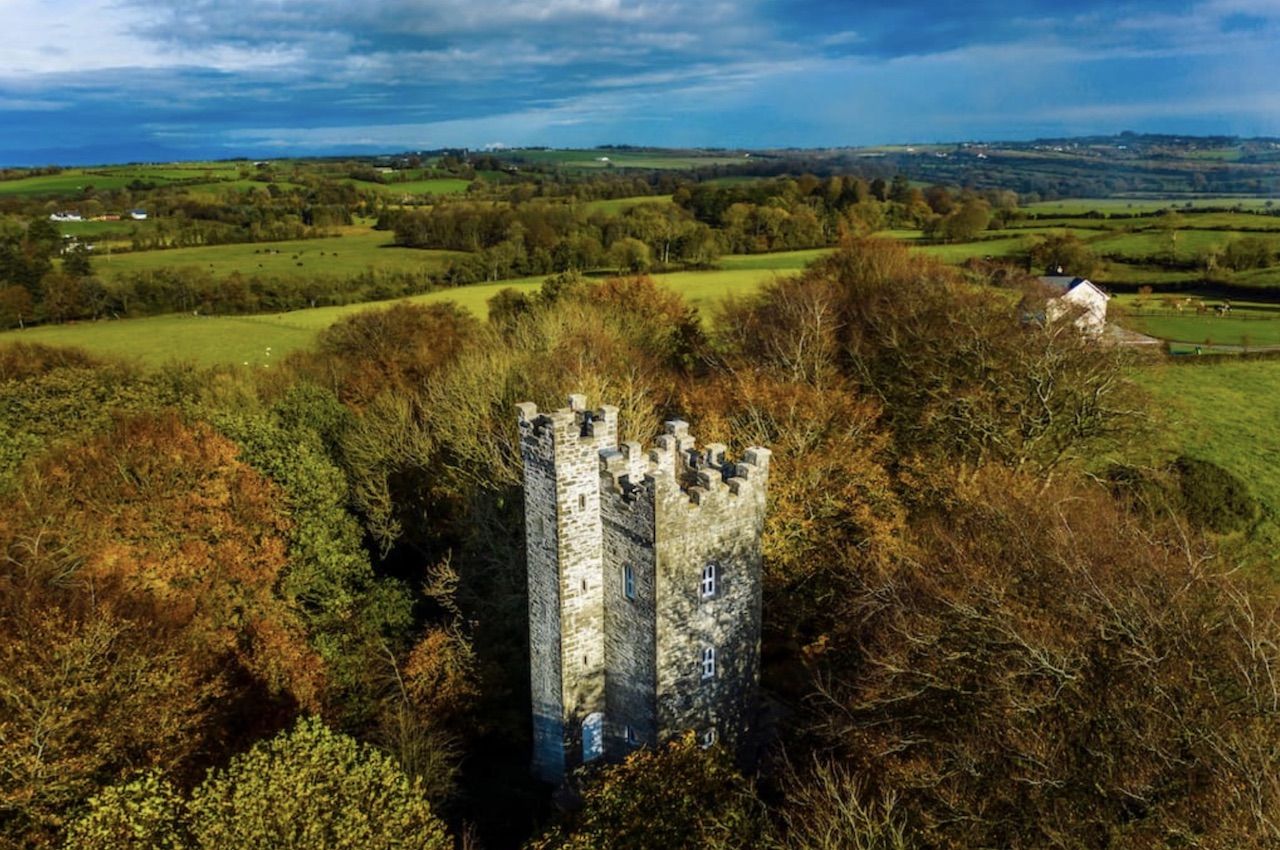 Castles are a charming place to spend a day, provided you’re not invited there for a wedding banquet with your pregnant wife and mother. Odds are this 19th-century tower in the Irish countryside will be a little more peaceful than the one poor Robb Stark found himself at, built by Victor Drummond Delap in 1858 as a remembrance of his late mother (who was not, fortunately, murdered at his wedding). 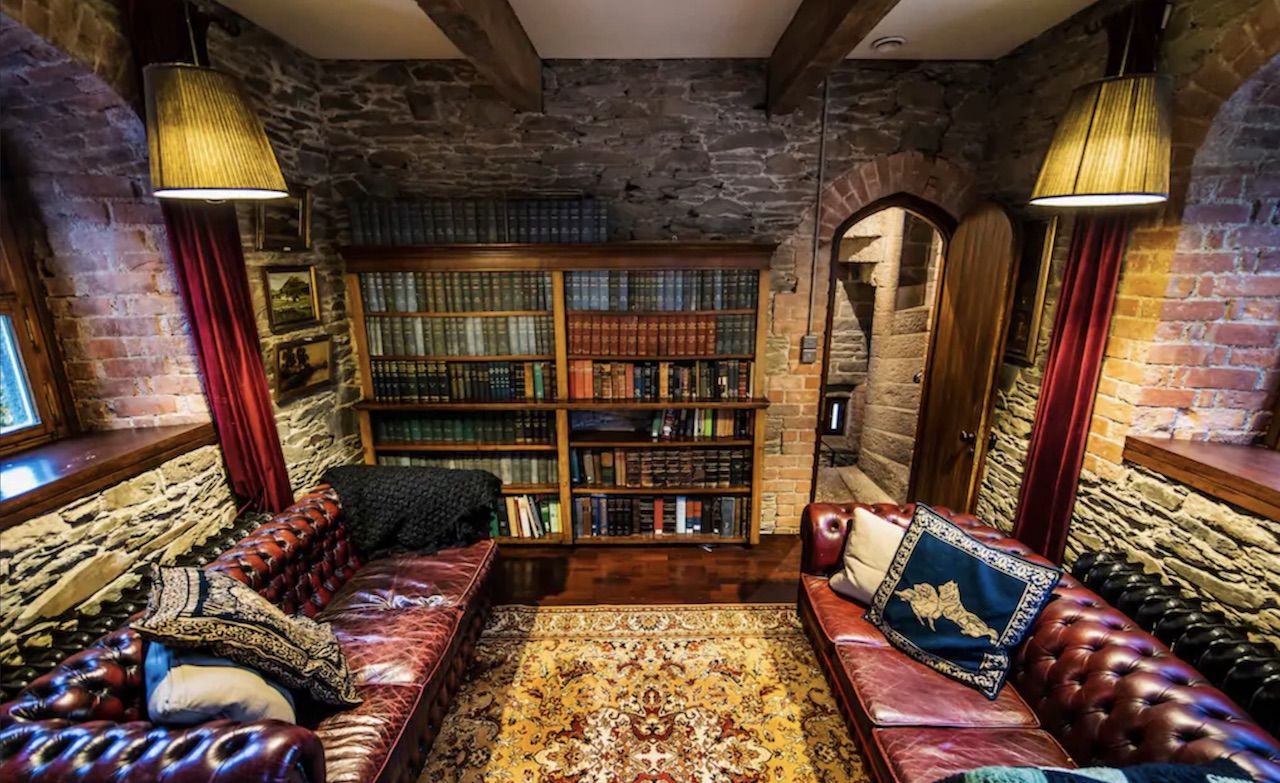 Host Eanan promises not to sell you out to whoever you happen to be at war with, rather promising four floors of pure relaxation including a top-floor castellated roof terrace. Though it has only one bedroom (on the second floor) the main-level living room has two couches, one of which folds out into a sofa bed. Perfect for your army to sleep in… just in case.

May 16, 2022 Jori Ayers
✖
travelstoke
Download the mobile app
stoked by