When Club Med invited me to check out its properties in the Dominican Republic, I jumped at the chance to bring my partner someplace tropical to slough off the last dregs of winter. It was going to be tricky to coordinate with his work schedule, but we had it all mapped out: We’d fly into Punta Cana, spend two nights at Club Med Michès Playa Esmeralda an hour and a half up the coast, and then spend another two nights at Club Med Punta Cana before flying home.

Then, a few days after my flights were confirmed, we realized he wasn’t going to be able to join after all.

Traveling solo to an all-inclusive resort was not a square I ever expected to cross off my solo travel bingo card. I don’t have much experience with all-inclusives generally, and throughout my 20s, my solo travels graduated from stereotypical backpacking to my own brand of digital nomadism. Self-directed solo travel works for me, but the number of people I’ve met who flare up with anxiety at the thought of venturing into a foreign land alone, or talk about solo travel like it’s some great adventure they’d love to work up the courage to try one day, has made me realize that it’s not for everyone. Either that, or perhaps some solo travelers just need a gateway trip. Enter all-inclusives. 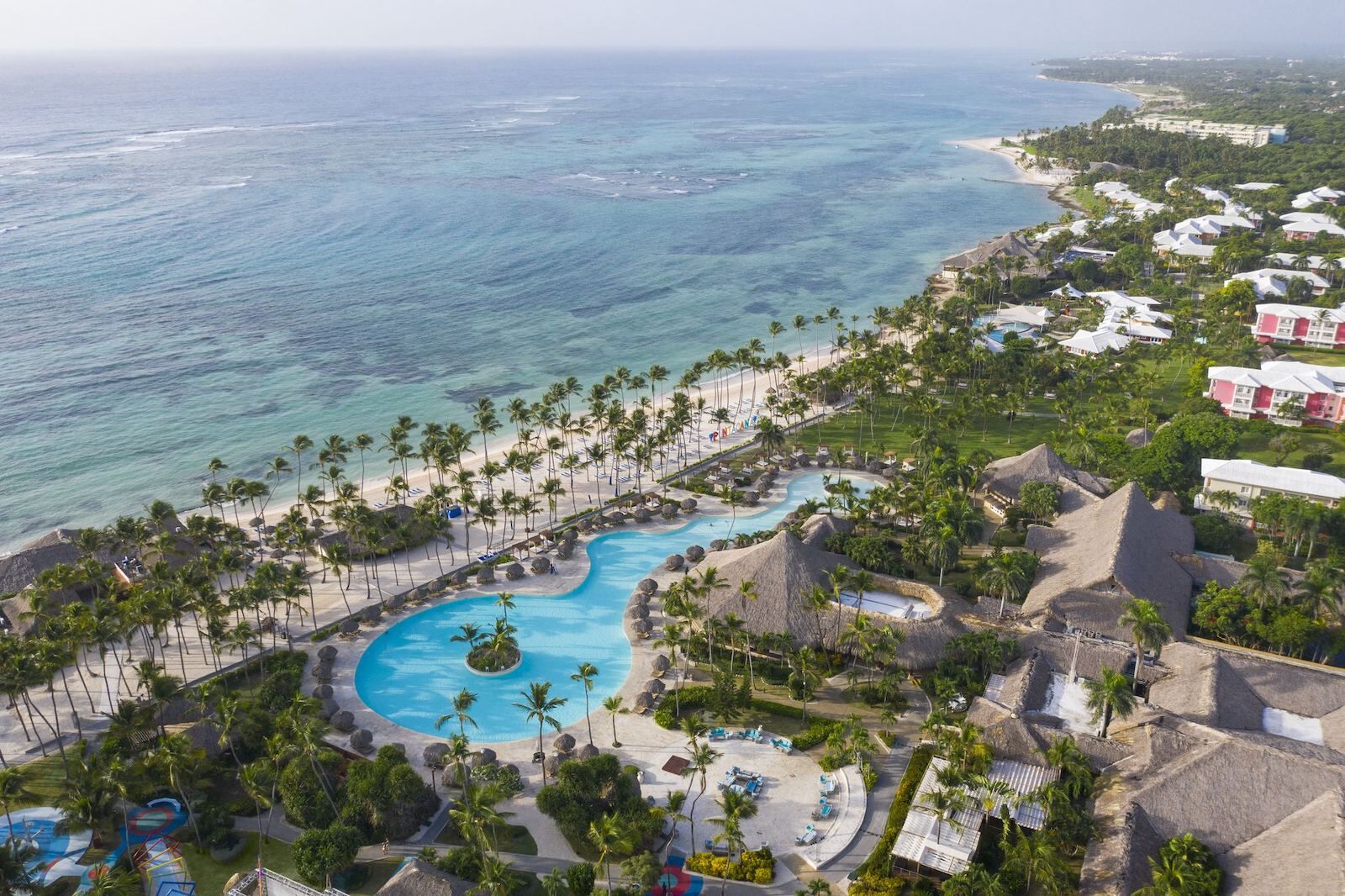 The whole idea behind all-inclusive resorts is perfect for fledging solo travelers. At comprehensive properties like the ones operated by Club Med, a wide range of food, drinks, activities, and entertainment are all hosted on-site and included in the cost of booking, leaving guests to contend with very few logistics after check-in. What’s more, all-inclusives tend to attract travelers that like to stay on the property, making it easier to meet fellow resort-goers than it is to have repeat run-ins with the average hotel guest.

Nonetheless, pulling up to Club Med Michès, I wondered if I’d feel alienated in a setting I’d long associated with couples and families. I’d cut my teeth in hostels and guesthouses in Europe and Southeast Asia where solo travelers are a dime a dozen. Even the groups I met generally subscribed to the same travel philosophies I did, including a desire to meet other travelers, and many of us loosely followed the same routes.

Yet my misgivings about Club Med’s target demographic were quickly dispelled: Perusing the Club Med app to get a lay of the first property as I settled into my room, one of the first things I saw was a reassurance that the resort was designed to welcome all types of travelers, “as a family, a couple, a group of friends, or a solo traveler.” 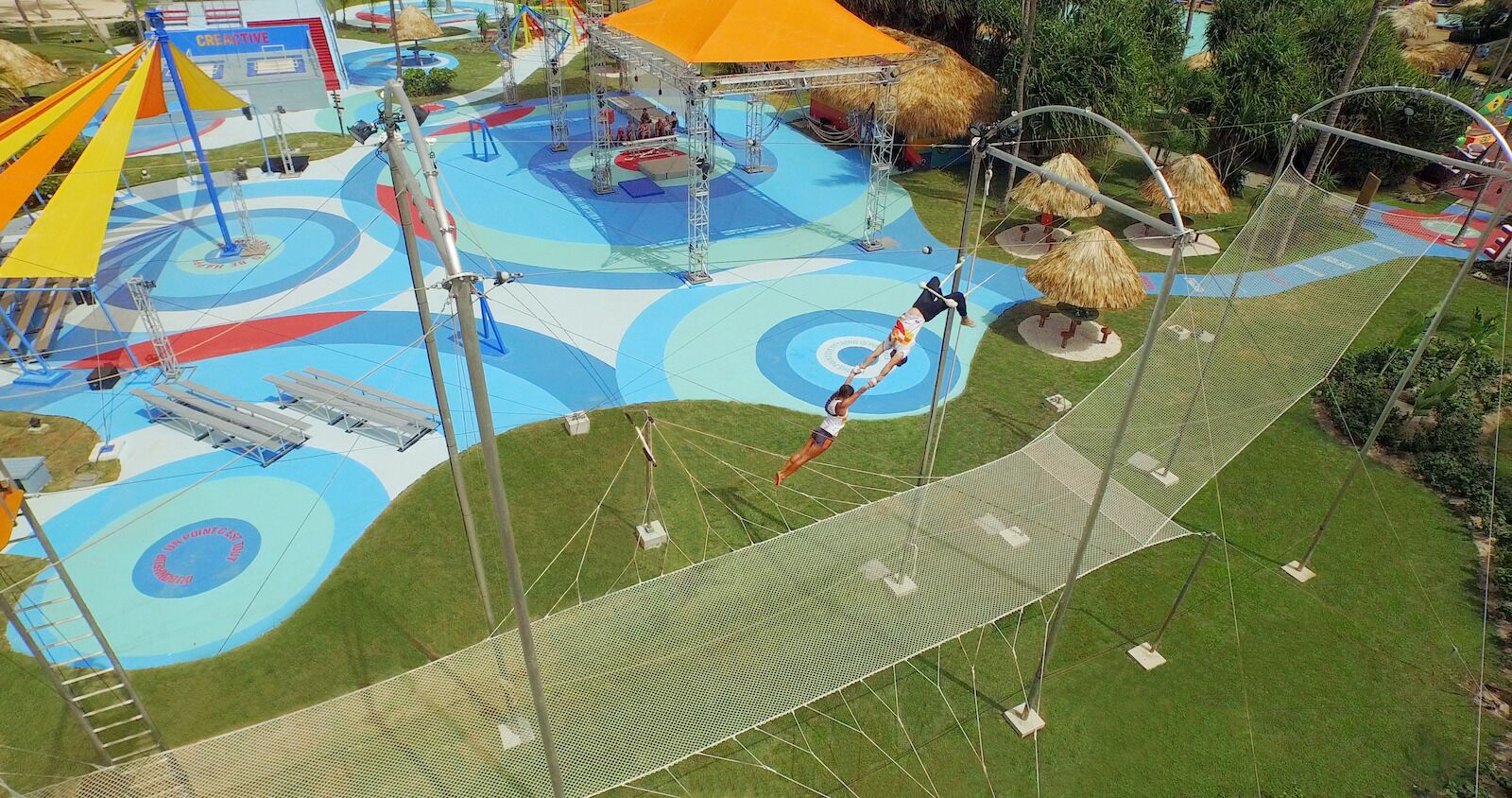 By definition, every all-inclusive follows the same model, but what’s included varies by property. Some cover just meals and beverages; others also include activities and entertainment.

At Club Med resorts, guests can participate in a variety of recreation, from tennis, pickleball, and horseback riding to yoga, archery, and a flying trapeze, all of which are available at both the Michès and Punta Cana properties. (The larger of the two, Club Med Punta Cana has a whole circus school with offerings such as a high bungee, aerial silk, and tightrope, as well as opportunities such as golfing and scuba diving.) While private lessons can be arranged for certain activities, most are conducted in group settings on a first-to-sign-up basis, allowing guests to mingle with travelers who share similar interests.

Nightly entertainment is similarly communal. Whether it’s a themed happy hour, dance performance, dance party, or fireworks show, evenings at Club Med are anchored by revelry that spreads throughout the central areas. For older travelers such as myself, these late-night events serve as opportunities to experience the resort sans kids, which may appeal to social solo travelers.

Both of the Dominican Republic properties also have adults-only areas where guests can visit or book their accommodations, such as the Emerald Jungle in Michès, complete with Club Med’s first swim-up bar, and the Zen Oasis in Punta Cana with its Olympic-sized swimming pool and private terraces outside every room. 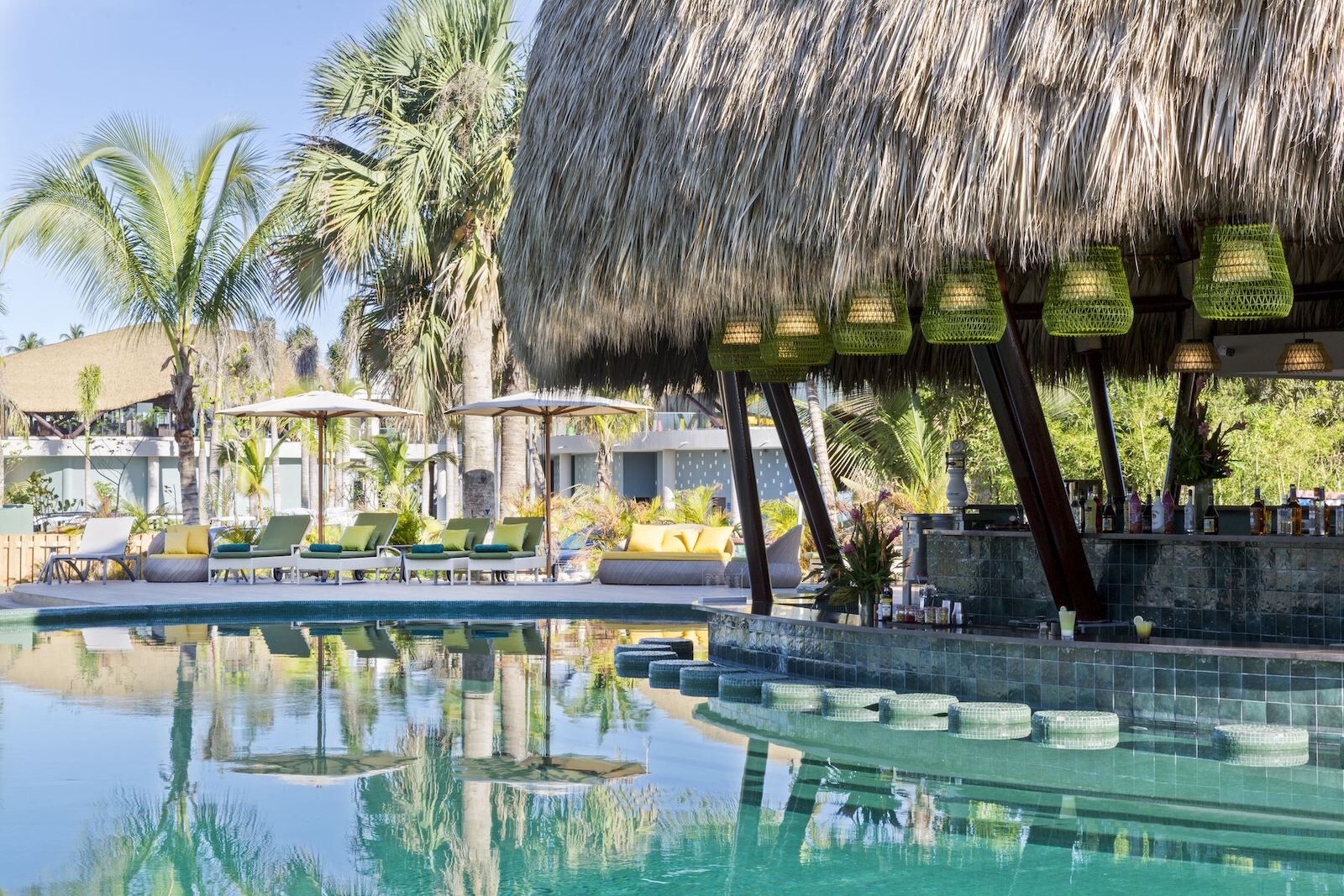 Yet it’s not Club Med’s amenities that make its properties some of the best all-inclusive resorts for solo travelers. It’s the brand’s ethos. Guests are known as GMs or Gentle Members; resort staff is called GOs, or Gentle Organizers. And much as guests are free to socialize among themselves, so too are GMs and GOs.

According to Maricruz Diaz Ventura, the meetings and events manager at Club Med Punta Cana, this is one of the best safeguards solo travelers have against feeling lonely at a Club Med resort — and something she greatly appreciates about working with the brand, having come from a more formal, strictly service-oriented hotel.

“When you’re having lunch or dinner, the GOs come to the table and ask if they can eat with you, so it’s easy to create relationships,” says Ventura, noting that this is also common practice among GMs because “they understand the Club Med concept.”

Later in my conversation with Ventura at the Indigo Beach Lounge, a Club Med Punta Cana regular from Ontario, Canada, approached us to rave about that very concept as if she was a paid promoter. (She wasn’t.) Shortly after, she called over her friend whom she’d introduced to the resort, which they now visit annually along with their partners, and just like that, we were a group of four chatting like old acquaintances.

My experience at Club Med’s Dominican Republic properties was not entirely social. There were times I swam in the ocean and lounged poolside alone; I got a massage, went to the gym, and even hit the buffet by myself on multiple occasions. But it was because I wanted to.

Finding companions and interacting with others are not requirements of a fulfilling solo trip. But if you’re new to traveling alone, it sure feels good to be surrounded by approachable people at a resort where everything’s taken care of, whether or not they wind up as friends.

This Adults-Only, All-Inclusive Resort in the Dominican Republic Is the Epitome of Luxurious Wellness
All the Flags of the Caribbean and the Meaning Behind Their Designs

First Person Dispatch From the Dominican Republic: Taking the Long Way Around