Millennials will never be able to afford houses.

Granted unreachable home prices aren’t exclusively the domain of NYC and the Bay Area; half of 18- to 34-year-olds in the United States spend over 30 percent of their income on housing, and 12 million people across age ranges spend over half.

But outrageous rents and grossly inflated home prices aren’t a problem everywhere. Peruse any list of “America’s Most Affordable Cities” and you’ll see loads of locales with average rents under $800 and median home prices under $150,000.

You’ll also see loads of sexy names like Dayton, Ohio, or Wichita, Kansas — cities people only know because of the NCAA tournament and that one line from “Seven Nation Army.”

People reading these lists usually disregard said affordable cities, dismissing them with a flip, “Yeah, but who’d ever want to live there?” without ever setting foot in town. So after seeing Fort Wayne, Indiana — known only to sports geeks as the place the Pistons played before Detroit — atop a Niche.com list of America’s most affordable cities, I set out to see if Fort Wayne was indeed a viable alternative to overpriced big city life.

An affordable place where city living is easy 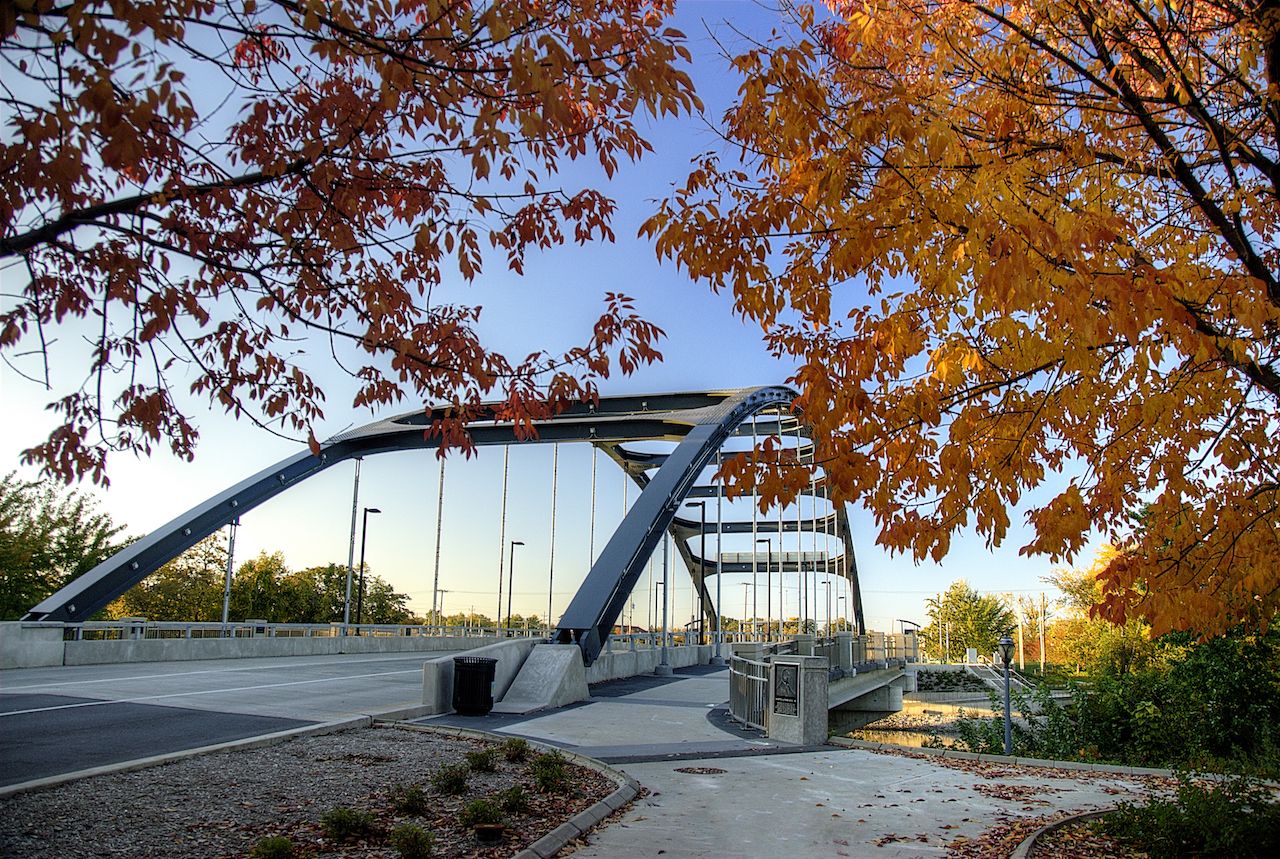 Northeastern Indiana isn’t exactly a place people vacation. It’s a pretty, hard-working, pastoral landscape of rolling hills and picturesque farmhouses. But the shores of South Beach it is not. Still, there was a certain rural beauty to the place in mid-fall, where a drive into the city brings you past landscapes that feel like they jumped straight out of a Mellencamp song.

It’s not at all an expensive place to live. The median home price is a smidge over $103,000, and the average rent is $592. That’s with a median salary of around $39,000, which may seem low if you live in major metros but goes a lot farther here.

Its downtown is small but surprisingly cosmopolitan, where during a short walk from the city’s snazzy new minor league baseball stadium to Gnometown Brewing I passed Fortezza and Conjure Coffee, full of bundled-up mobile workers buried in their laptops, sipping on house-roasted coffee drinks and local craft beer. It could have been the middle of Portland — except my latte was less than $3.

The downtown streets were devoid of the cacophony of honking horns and jackhammers. The air was cold but smelled like air instead of car exhaust. The entire downtown experience just felt simpler.

After about 10 minutes, I arrived at Gnometown Brewing to learn the finer points of making beer from Brewmaster Mike Flaherty, who, in between teaching me how to appropriately add hops, told me about life in Summit City.

“It’s easy, it’s affordable, and there’s just about everything here,” he said once, then again in not so many words, several times throughout our conversation.

Is Fort Wayne really a city with “everything”?

“Everything” is a subjective idea. Beer and baseball might be enough for corn-fed Andy Dwyer types like myself. But some would contend a city needs more than that to be “livable.”

“Everything” to some means culture. To that, Fort Wayne could raise you a ballet and an art museum, as well as two regional universities at Indiana Tech and Purdue University Fort Wayne.

It’s also home to the Genealogy Center at the Allen County Public Library, the largest of its kind east of Utah. It’s one of the city’s largest visitor draws, boasting endless rows of phone books, census records, and photo journals from across the US and Canada. It’s a completely free place to do some of the most personally fascinating research possible and an easy place to lose yourself for a day researching family history. 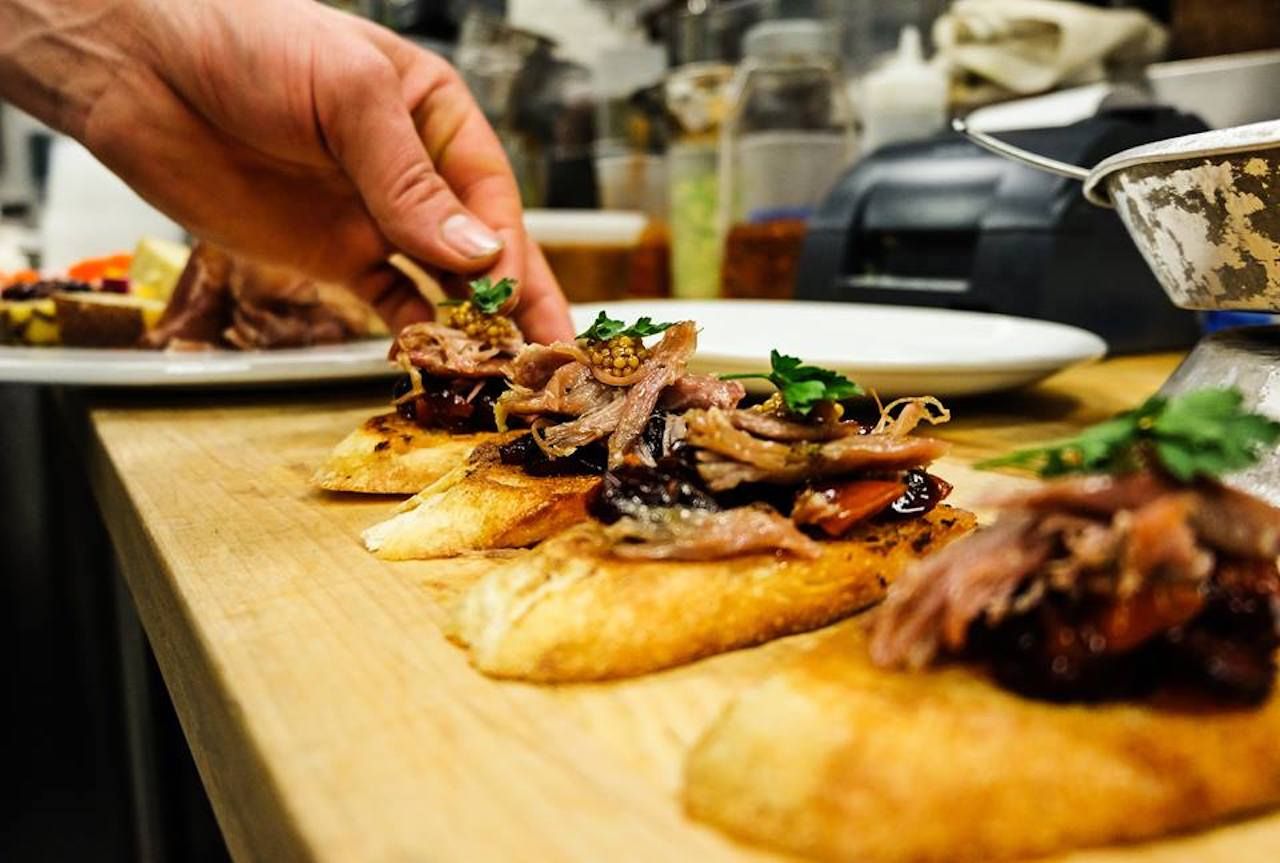 Restaurants are always at the top of a city’s quality of life factors, and Food & Wine recently named Fort Wayne one of its “Hipster Hotspots” for its burgeoning restaurant scene. The city has enough options to keep casual diners entertained, with spots like the new-Latin Proximo, Shigs in Pit Barbecue, and farm-to-table Tolon all offering a sensational variety for a city its size. I also enjoyed the food at the Three Rivers Distilling, brunch at Junk Ditch Brewing, and craft cocktails in the cave-like Copper Spoon, which could hold its own with anything from New York. Over five days, I didn’t have a single bad meal. 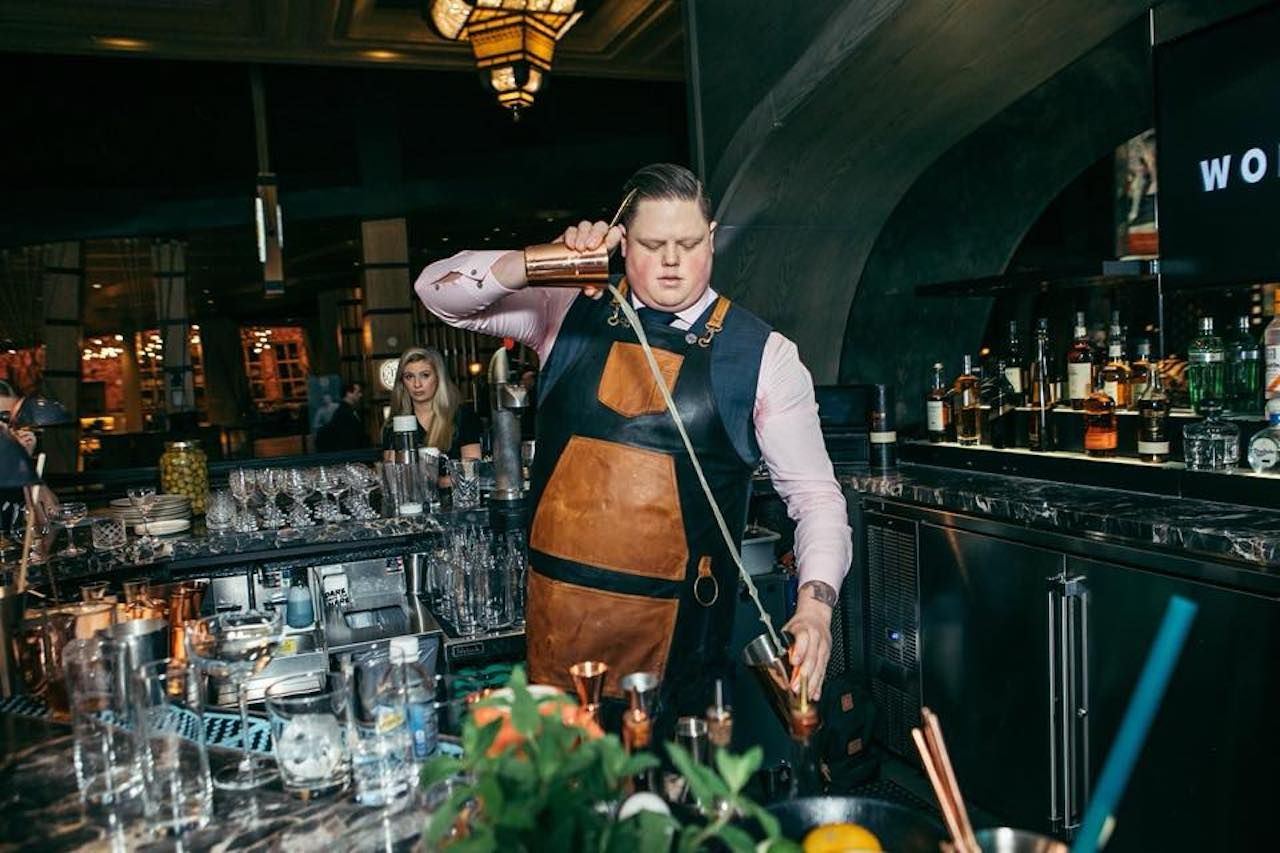 “Everything” can also mean recreational opportunities, which I found in abundance in Ft. Wayne. The city sits at the confluence of three rivers — the St. Joseph, St. Mary’s, and Maumee — and you can follow each one out of town or into regional parks in a matter of minutes. Biking down the city’s Rivergreenway, I sped through bright fall colors, past old bridges and waterside warehouses into forested parklands. And aside from a couple of families out for a weekend stroll, I didn’t have to fight other cyclists to enjoy it.

But it all boils down to the people.

Amenities are great to put on a magazine’s livability checklist. But what a city really must have to make it livable is great people. And, as one might expect from the Midwest, the people are what make Fort Wayne such an inviting place.

My first night in town I went to a show at the recently renovated Clyde Theatre, an old Art Deco movie theater that was renovated this spring and turned into a first-class performance venue. It was during this concert that I chatted up the bartenders at the Clyde, who seemed not only surprised but also downright mystified that I was visiting from Miami. 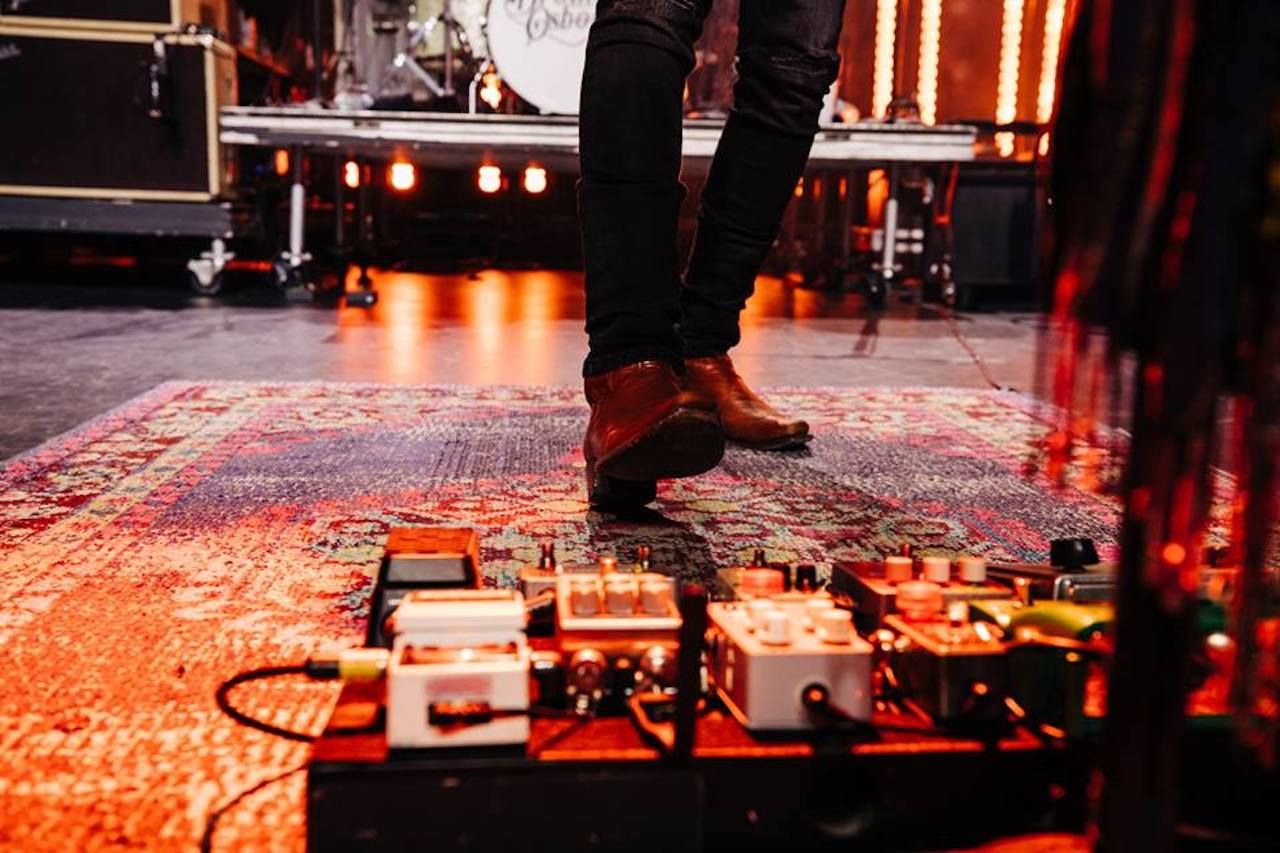 “I don’t think I’ve ever met anyone visiting from there,” the tattooed blonde working the main lobby bar told me as she handed me a Sun King beer. “But if you like dive bars and live music, there’s tons to do.”

The blonde woman and her burly, bearded coworker then wrote down all the bars and music venues I needed to hit. Throwing out the names of a few breweries and restaurants too. It was the kind of enthusiastic midwestern friendliness we just don’t see in big cities.

Later that night my new friends from the Clyde invited me to Mad Anthony Brewing, where I found a bar jam-packed with younger people who’d moved back from Chicago, Minneapolis, Atlanta, and other big cities. Nearly all of them were saying that they’d found nothing in those places that was worth more than what they had in Fort Wayne.

“It was rated the most affordable city in America,” they told me with the same pride a Duke alum might tell you US News ranked it higher than Stanford.

From there we visited a blur of live-music venues and laid-back bars until finally settling down at the Brass Rail, a grungy dive with a live metal band. My friend from the Clyde introduced me to a mild-mannered guy slouched over a beer. His name was Rick Kinney, the man responsible for the rebirth of the Clyde.

“I loved your venue,” I said. He smiled and nodded and told me a little about how he started the project. By 2:30 AM he was inviting me to Sunday brunch and another show at the Clyde. A day in, and I’d made three new friends. As young people often cite meeting people and making friends as the hardest part of relocation, in Fort Wayne, this didn’t seem to be a problem.

A city optimistic about its future 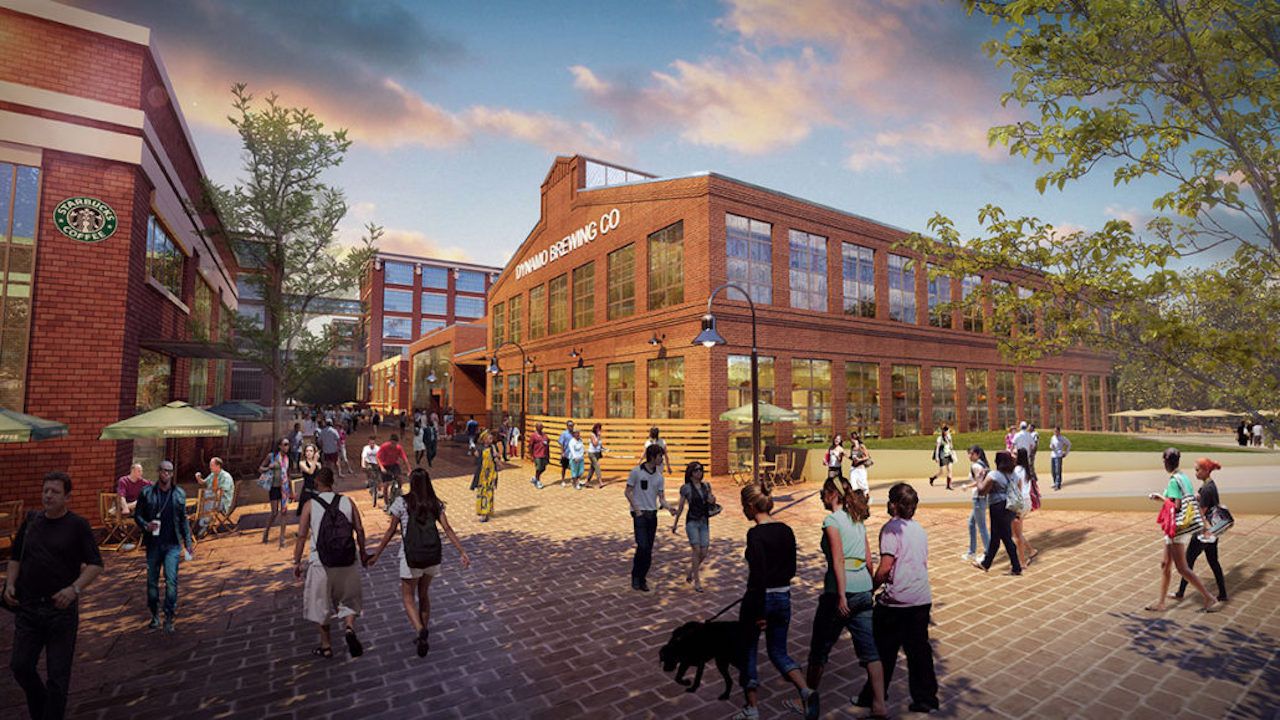 “This is going to be big,” Kevan Biggs told me as we stood atop the rickety rooftop of the old GE campus just northeast of downtown. The October sun lit up the reds and yellows of the trees that stretch into the skyline a mile or so away. “Fort Wayne is on the verge of becoming something really special, and we’re going to be a big catalyst of that.”

The cataclysm he’s talking about is Electric Works, a $300 million multi-use project that aims to turn the dilapidated old GE campus — now a sprawling brick industrial park spanning 39 acres — into a thriving urban hub. It’ll use the classic formula of combining residential, commercial, and hotel space to give Fort Wayne a rehabbed relic to attract young professionals, complete with a rooftop bar. It’s a project much in the mold of the Crosstown Concourse in Memphis or Bull Street in Columbia, South Carolina.

Biggs’s optimism is uplifting, brimming with civic pride. But the reality is Fort Wayne isn’t exactly exploding. Just over 1,500 people a year have moved here since 2010, a respectable figure but hardly putting it on the verge of becoming the next Nashville. 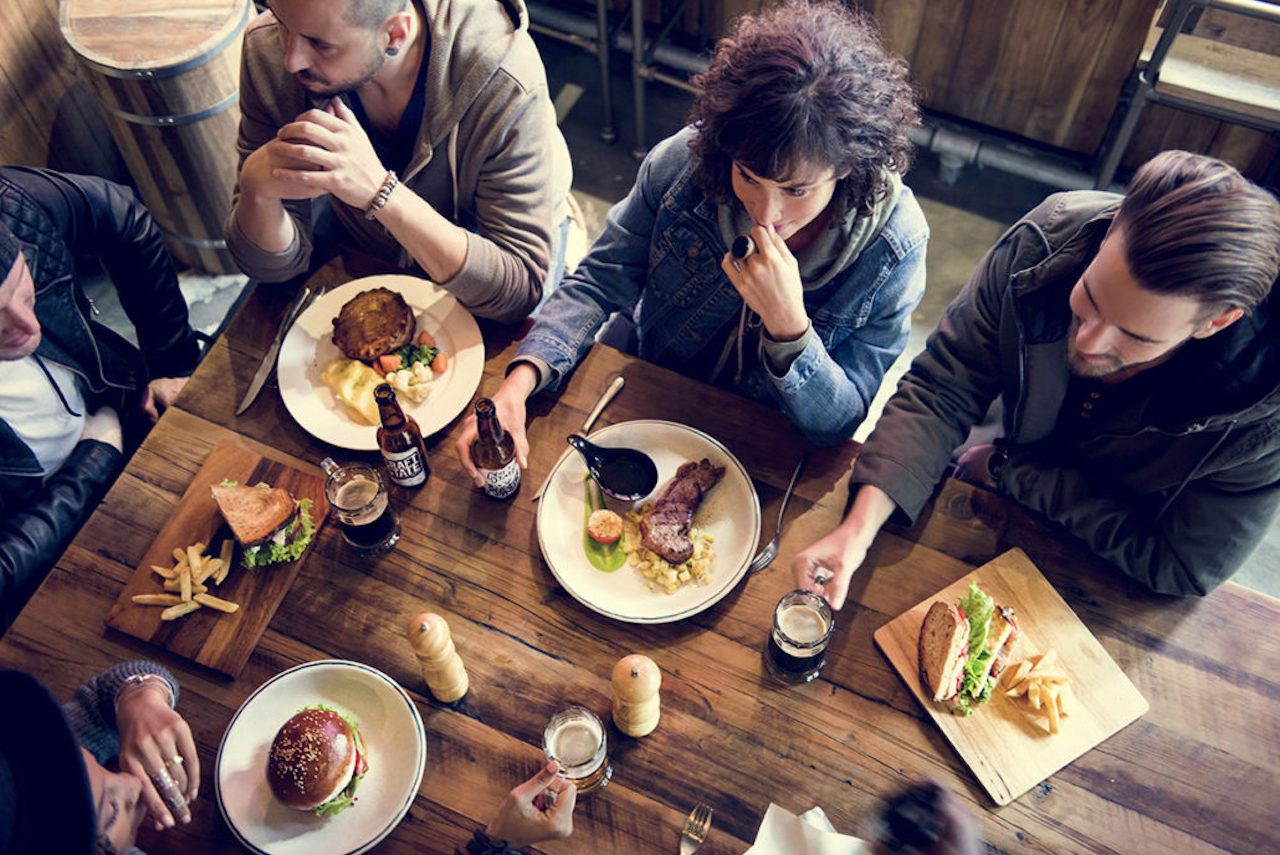 But as housing becomes more expensive in big cities, Biggs — and developers like him in smaller cities — are banking on millennials flocking to smaller cities. And the restored brick and industrial chic at Electric Works is exactly the kind of place that he expects to draw them.

I’m not sure my time in Fort Wayne had me sold on moving, but if I were looking for an affordable place to live, it wasn’t lacking. Yes, it was a bit cold. And no, it didn’t have the diversity or energy of my home in Miami. But there wasn’t a moment there where the city felt minor league. The food was great, sports were energized, the bars were fun, and the people were friendly. Best of all, I think I spent $400 during the entire weekend on food and entertainment, which could easily be spent in one night at home. So imagining a life here was not so impossible — if I ever got sick of big city stresses and want something easier with the same amenities, I could do a lot worse than Fort Wayne. And I wouldn’t have to mortgage my future to do it.

Financial Savvy9 Cities You Should Move To While You Can Still Afford Them
Tagged
Culture Insider Guides
What did you think of this story?
Meh
Good
Awesome