Millions stood aghast in 2015 as news of destruction of the ancient city of Palmyra in Syria by ISIS caught headlines across the world. The site has remained closed following the Syrian government’s recapture of the area in March 2017. Major renovation efforts have begun since then and the UNESCO World Heritage site could reopen to tourists as early as summer 2019.

Palmyra was a semitic hub for culture and innovation in ancient days, and its ruins have stood in what is now Syria’s Homs Governorate province since the Neolithic era. During its reign of terror and its campaign of cultural destruction in Syria, ISIS took hold of the site and damaged many of the historical structures such as columns in the Valley of Tombs, the celebrated Arch of Triumph, and temples across the site. The Syrian government regained control of the area last year and has prevented any further destruction from taking place. 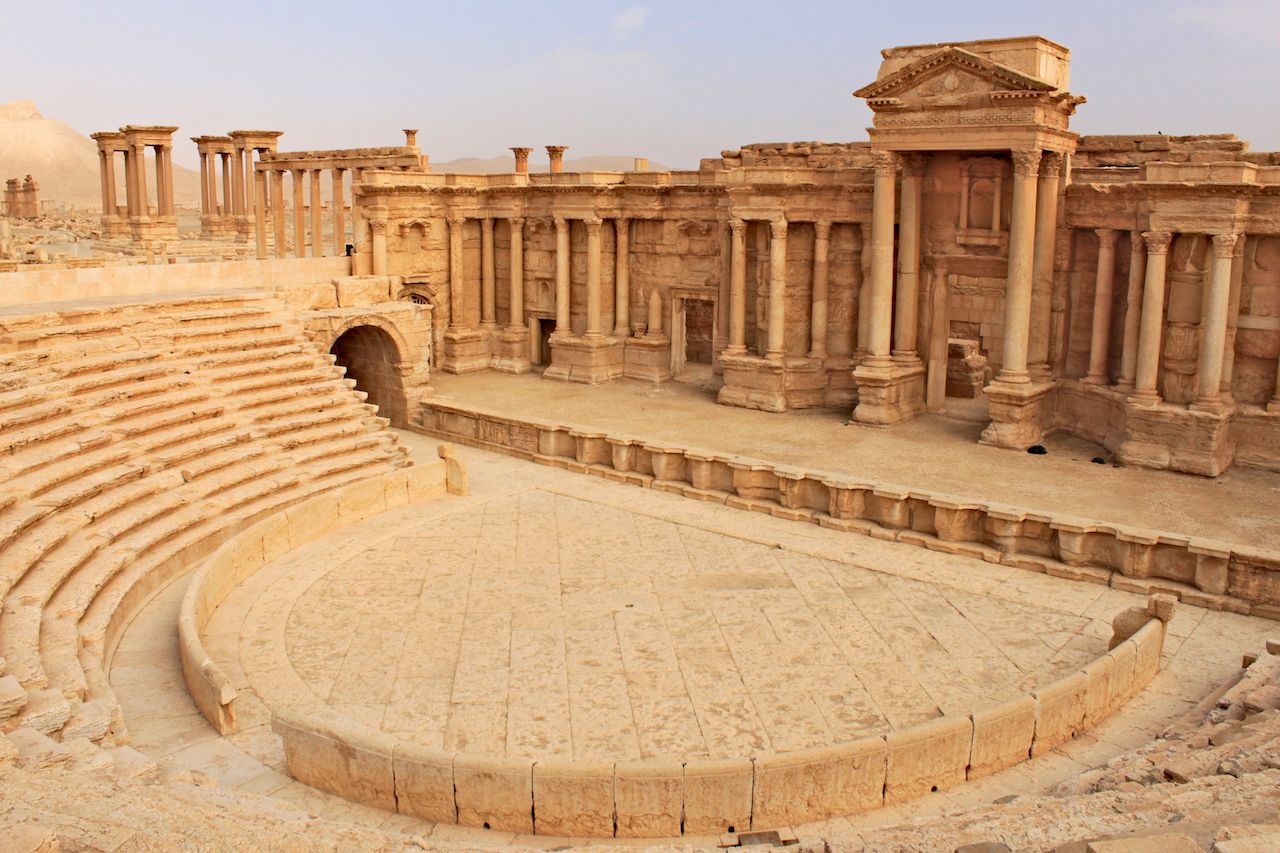 Restoration efforts are being led by UNESCO, with assistance from multiple countries including Poland, Russia, and Italy, according to Sputnik News. Many affected structures have been relocated to the city of Damascus to undergo renovation work led by Russian experts. “This is the world history and it belongs not only to Syria,” Talal Barazi, the governor of Homs, told Sputnik News.

The Syrian Civil War has taken a major toll on the country and its citizens, but it appears seven years of bloody conflicts may be winding down. The northwestern city of Idlib holds the last major outpost for rebels, and the government is expected to launch an attack on the city in the near future. Diplomatic negotiations are underway, but the government of Bashar Al Assad isn’t known for compromise or for striking fair deals. The rest of the country, however, appears ready to look toward the future and begin the rebuilding process.

NewsBoracay, the World’s Dreamiest Island, Is Set To Reopen To Tourists
Tagged
News Syria
What did you think of this story?
Meh
Good
Awesome

What Journalists Carry on the Front Lines: Lucas Pernin, Syria

Running as Sanity in Syria

"It's Jihad, Man": On the Syrian Front Lines With the FSA

What Journalists Carry on the Front Lines: Emma Beals, Syria

A Ground-Level Look at Syria Right Before the Tipping Point

What Journalists Carry on the Front Lines: Achilleas Zavallis, Syria