Asia is on the rise as a popular summer vacation destination, and Europe has been a perennial favorite for over a century, but the region in between has been unduly neglected by travelers. Occupying a unique cultural space that isn’t quite European or Asian, the countries of the South Caucasus have flown under many travelers’ radars — particularly Armenia, one of the most picturesque and diverse places in the world. If you want your next vacation to be truly unique, you should start brushing up on this under-traveled country between Turkey and Azerbaijan.

Beyond the fact that the Kardashians are Armenian — though that’s not really the country’s fault — the place is largely unknown in the public conscious. Whether you visit for the stunning mountain landscapes and hikes, the ancient and delicious cuisine, or the rich history, you won’t regret making Armenia your first stop in the South Caucasus. Here’s why Armenia needs to be on your travel list this summer. 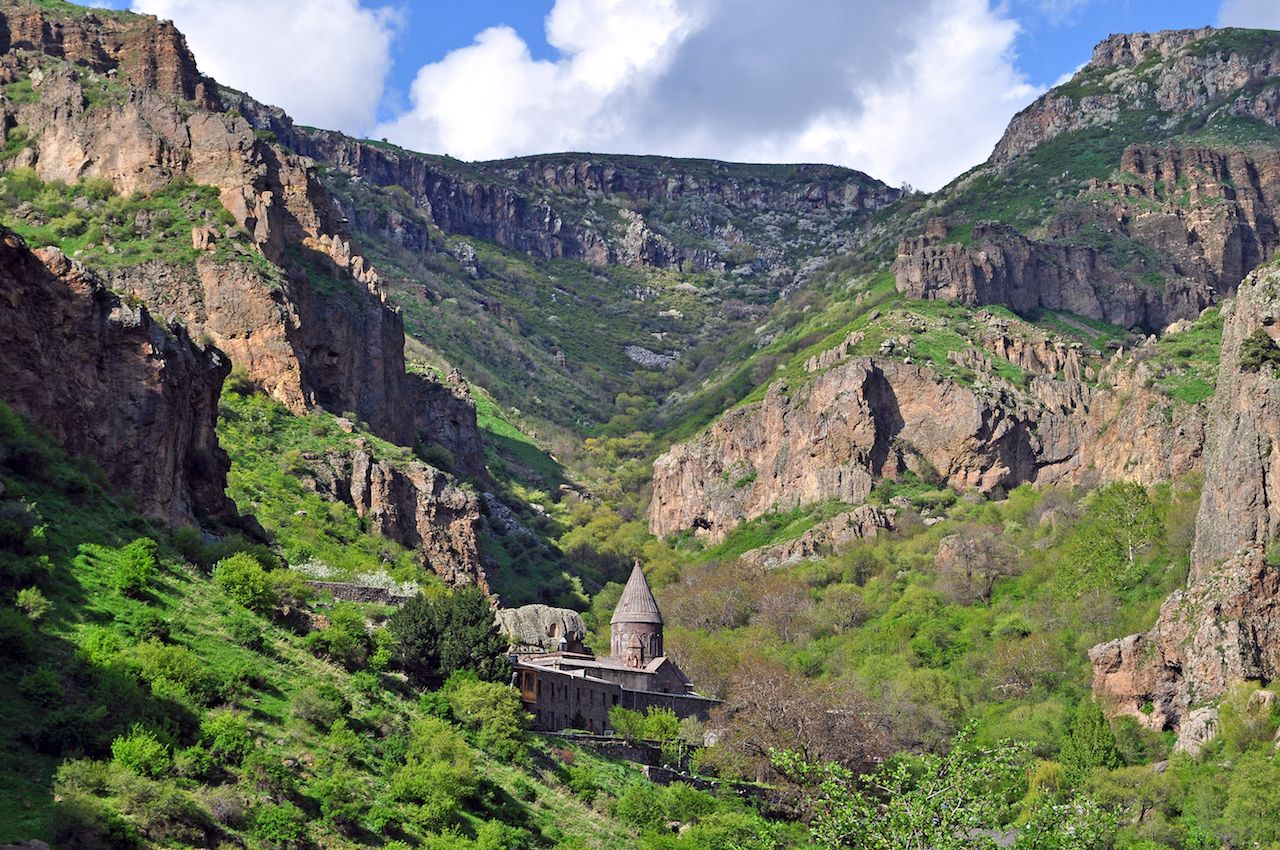 Even for history buffs who pride themselves on the depth of their knowledge, Armenian history is probably a mystery. As the first country in the world to adopt Christianity as a state religion in 301 AD, Armenia is home to the first Christian cathedral in the world. The Etchmiadzin Cathedral, completed in 303, is still standing in the town of Etchmiadzin and is the religious center of all Armenians to this day. 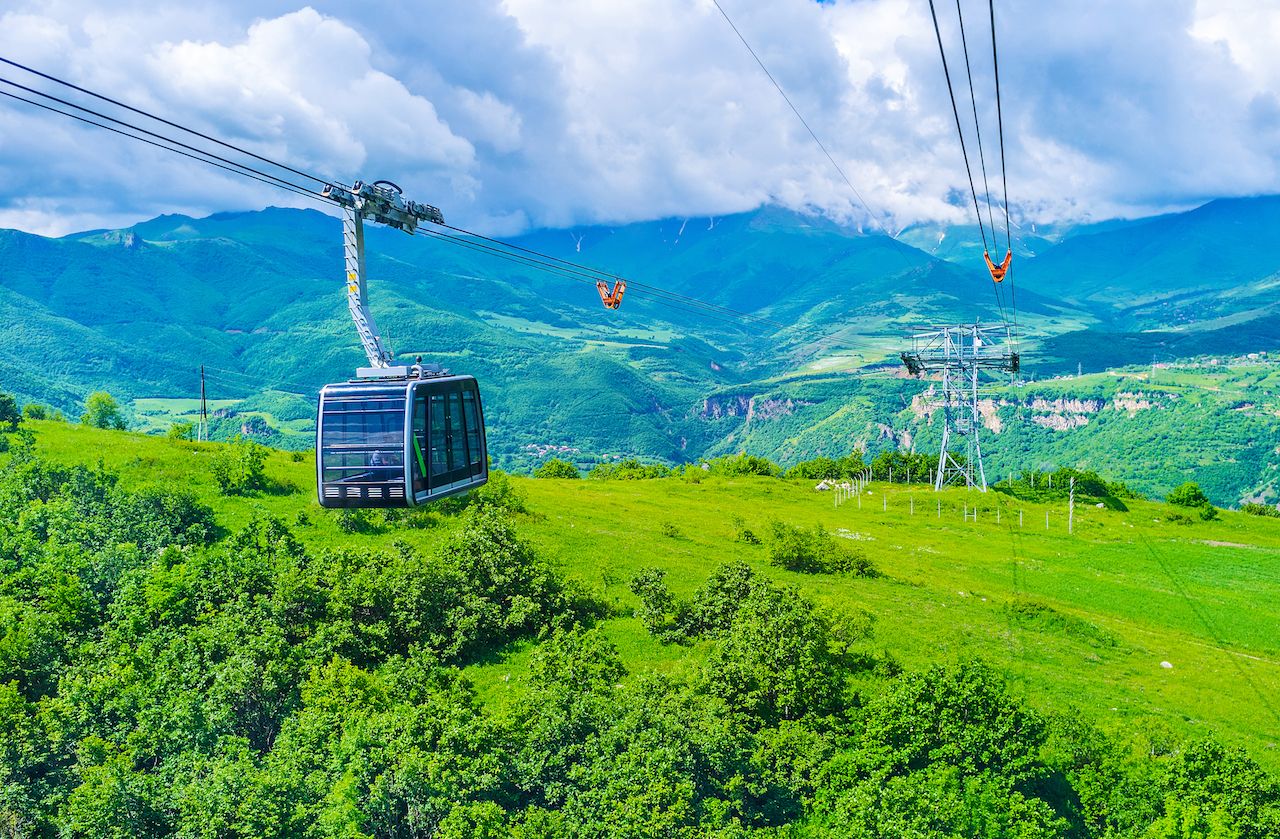 Centuries-old monuments of Christianity can be found all over Armenia, defined by their medieval architecture. Make sure to check out the Monastery of Geghard in the Kotayk province. The monastery is over 800 years old, composed of several churches and tombs carved into the rock and set against the backdrop of dramatic cliffs of the Azat Valley. The ninth-century Monastery of Tatev is also worth a visit. This Armenian Apostolic monastery is located on a plateau in the Syunik Province and serves as a scholastic center of enlightenment and spirituality. To reach the monastery, take the 3.5-mile tramway to the top of the plateau — the longest tramway of its kind at the time of its construction — or drive 40 minutes up the switchback road of the Vorotan Gorge. 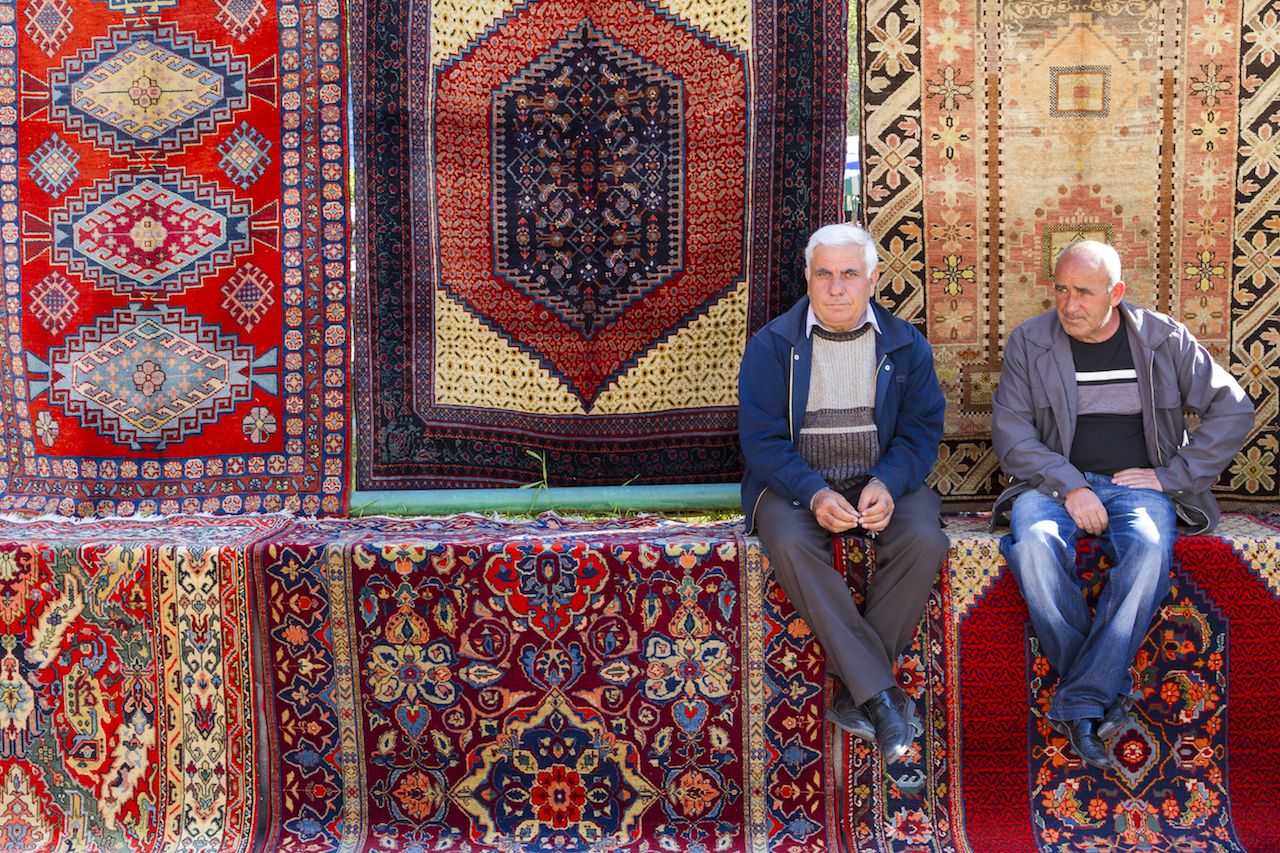 If you’re someone who loves bringing souvenirs home from your travels, but you’re not exactly looking for a cliche refrigerator magnet, you’ll be thrilled by what you can find in Armenia. The Armenian Highlands are considered by many historians to be the birthplace of the eastern carpet, and the tradition of carpet-weaving is deeply rooted in Armenian culture. The Megerian Carpet gallery and factory in the country’s capital, Yerevan, displays carpets from the 16th to 19th centuries and even offers them for sale. If you want a truly authentic souvenir that speaks to the country’s history and tradition, it doesn’t get better than an Armenian carpet.

Stunning mountains and a lake that reflects the sky 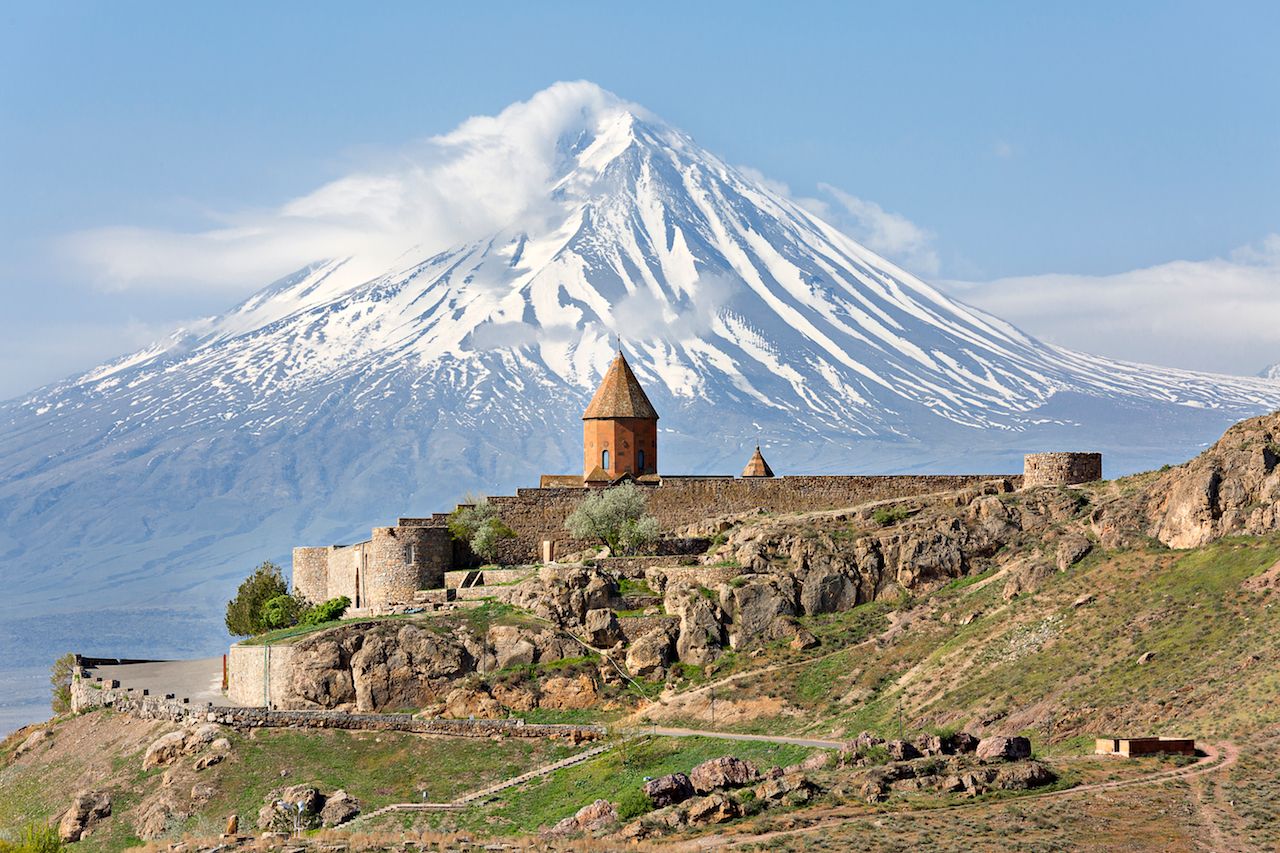 One of the most defining features of Armenia’s natural landscape is Mount Ararat, with a peak soaring to 16,854 feet. Although technically located across the border in Turkey, Ararat holds immense significance for Armenians as a symbol of their motherland. In the Biblical story of the Great Flood, Mount Ararat was where Noah’s ark was said to have landed, and according to the story, Noah settled the Ararat Valley with his family. The best views can be had from the observation area in Victory Park or the Monastery of Khor Virap in the Ararat plain. 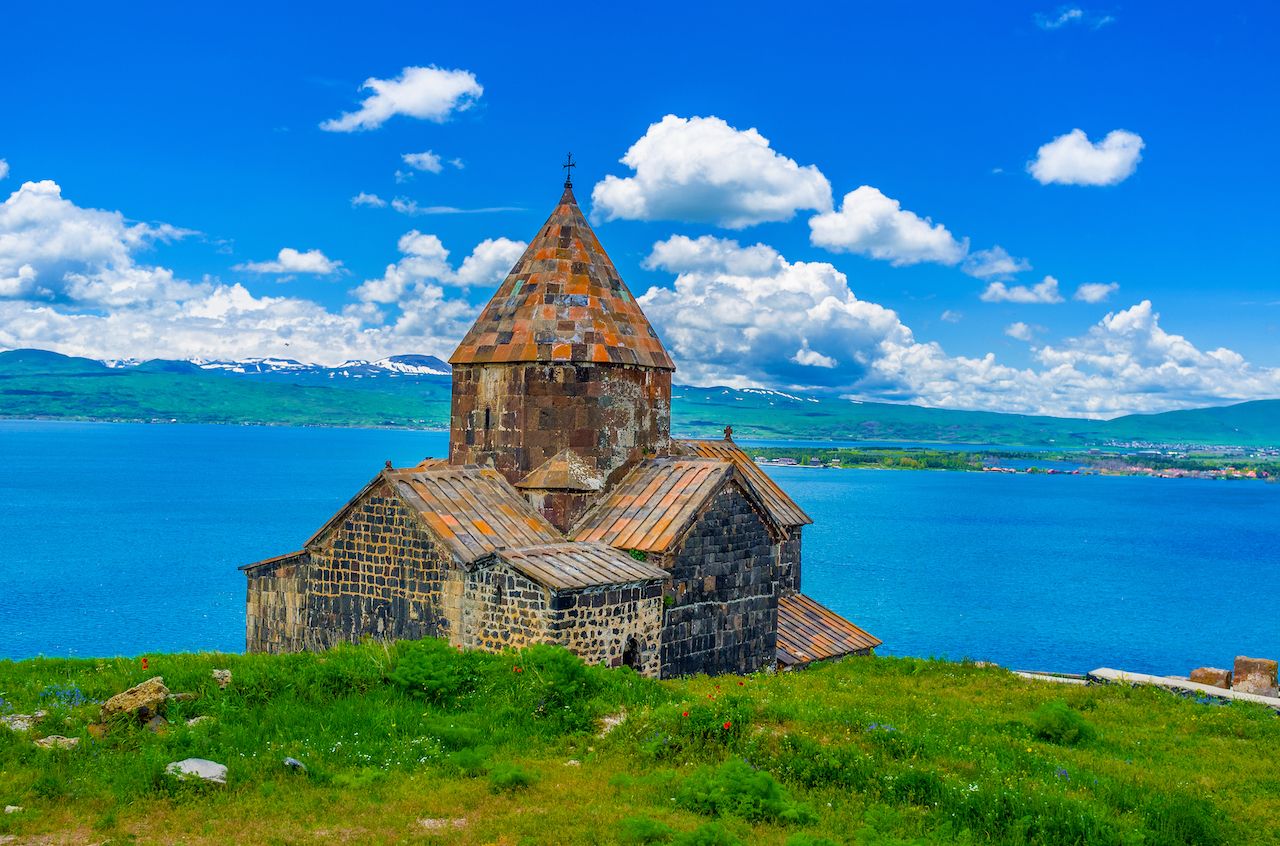 If you’d rather venture into the mountains than simply stare at them, a trip to Lake Sevan deep in the Caucasus Mountains is a must. The lake is so high up that the surface of its water sometimes appears to touch the sky. As the largest lake in the country, Armenians often refer to it as “the Armenian Sea,” and visitors could easily spend a whole summer’s day relaxing by the warm water. There’s even a ninth-century monastic complex nearby called Sevanavak, which could really round out your day trip to the mountains. 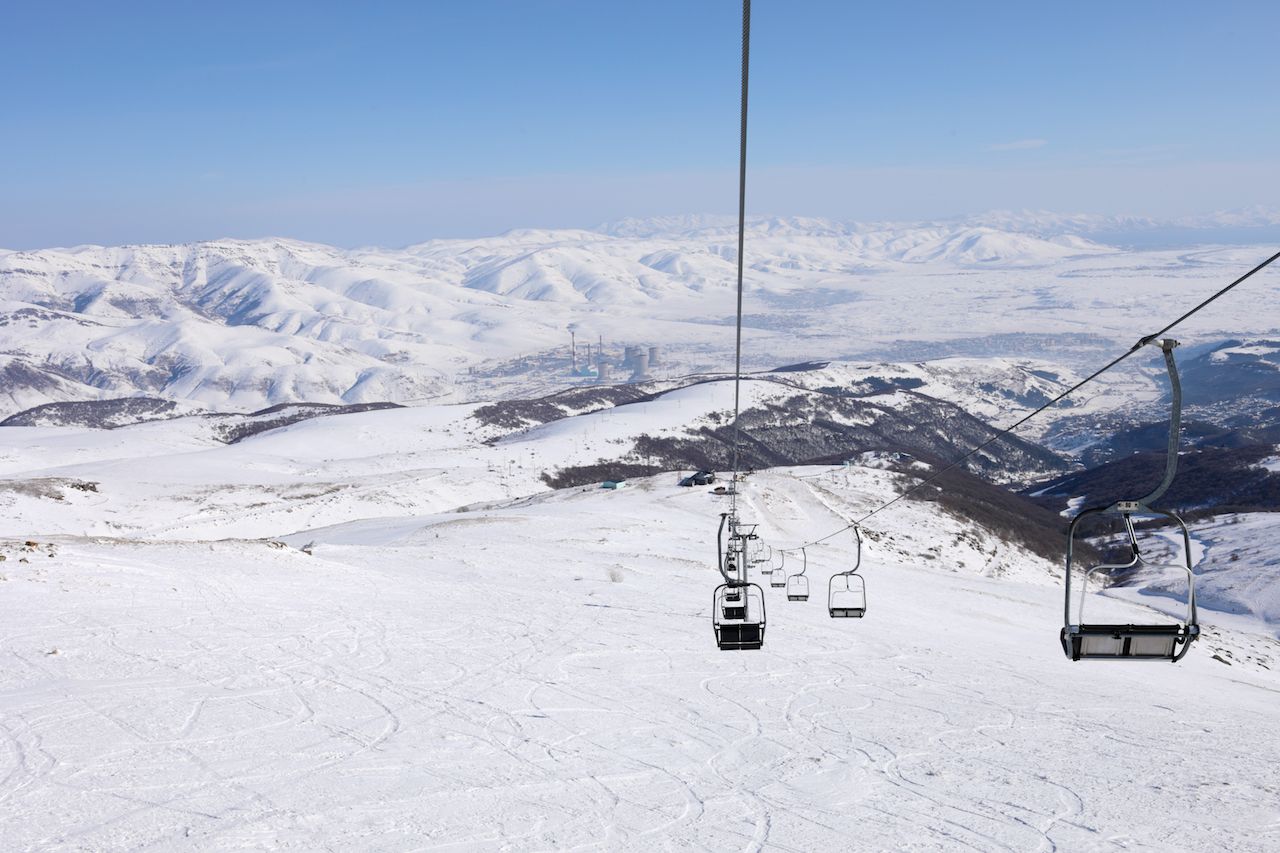 To really plunge into the mountains, take one of the hiking trails through the Tavush region in the northeast. The Dilijan National Park is not only home to oak forests, deep gorges, and an abundance of streams but also to the Transcaucasian Trail, two connected long-distance hiking trails spanning over 1,864 miles through the Caucasus region.

The southern route, through Georgia and Armenia, connects the mountain villages and gives hikers incredible views of the surrounding valleys, mountain peaks, and the Black and Caspian Seas. If hiking these epic trails doesn’t get your blood pumping, the Armenian mountains have become a popular location for paragliding, especially around Dilijan, Mt. Atis, and Lake Sevan. And in the winter, the Tsaghkadzor ski resort is buzzing with visitors looking for a dose of winter adrenaline — and it’s far more affordable than the Swiss Alps.

Some of the best food in the world 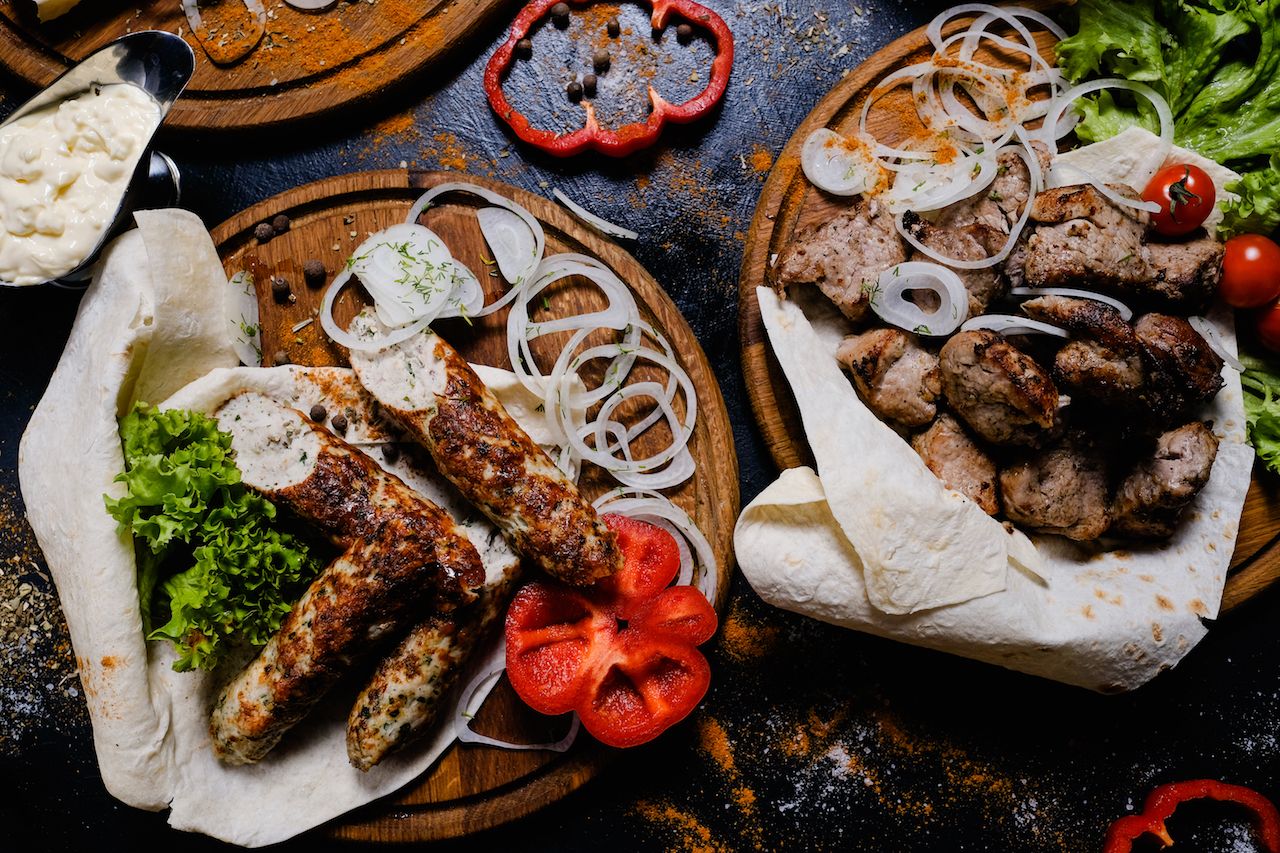 Armenia has one of the oldest and most delicious culinary traditions in the world. Spas is a creamy soup made with fermented Armenian yogurt called matsun, and it’s served by many traditional restaurants in Yerevan and around the country. Armenian kyufta (meatballs) or tolma (grape leaves stuffed with minced meat) are also local favorites, as well as khorovats (juicy barbeque). Lavash, Armenian pita bread, is so world-renowned it’s even been included in the UNESCO Intangible Cultural Heritage List, and many use it to wrap basturma — dried meat with spices. To satisfy your dessert craving, you need to try gata, a puff pastry that comes in a variety of shapes and sizes, with many regions having their own version. 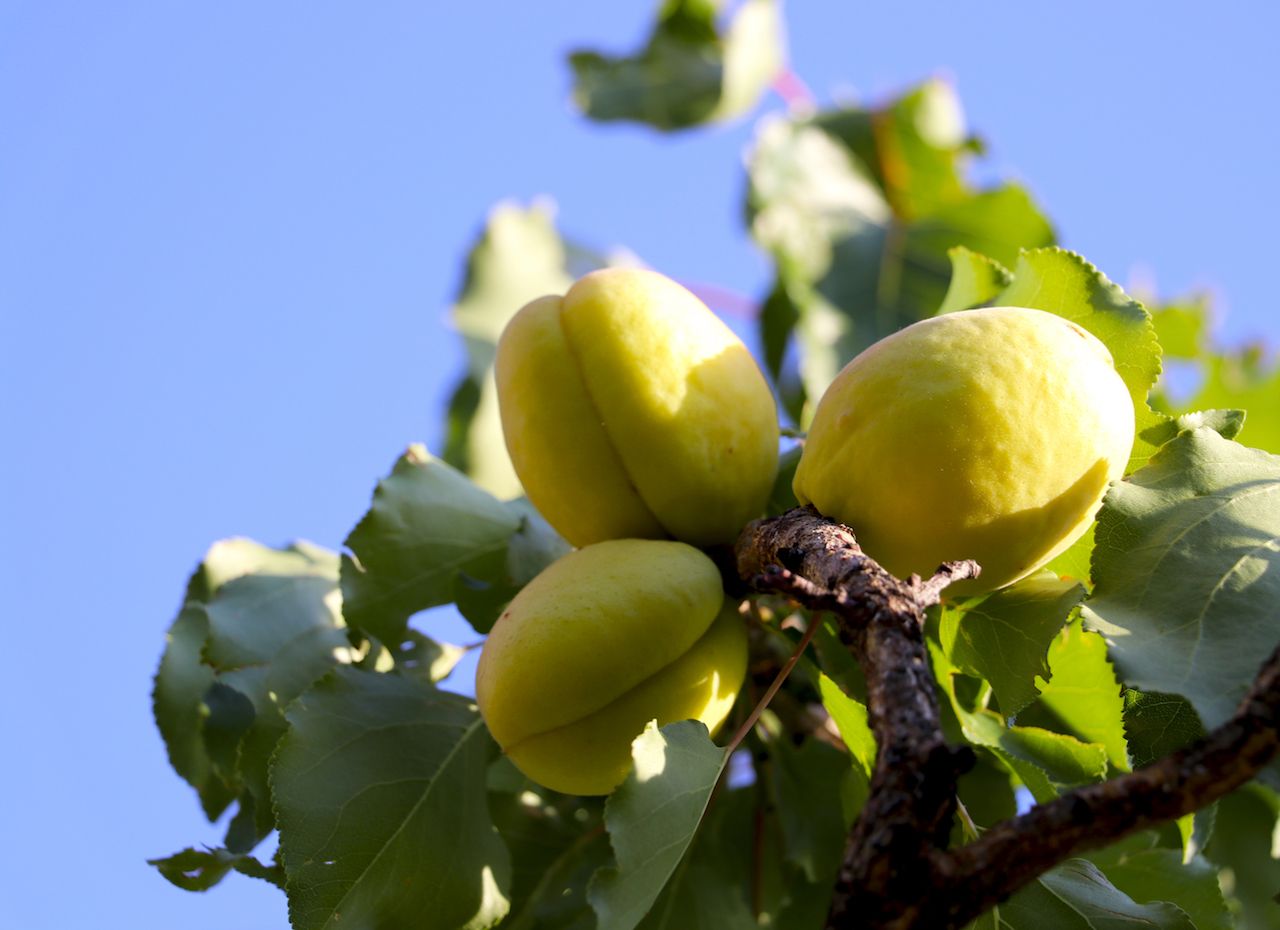 Since the temperate Armenian climate is perfect for producing large quantities of healthy fruits and vegetables, markets and shops are always packed with a wide range of veggies, fruits, and berries. The golden Armenian apricot is perhaps the country’s most famous piece of produce, as it absorbs the sun’s bright rays to give it its golden hue. Indeed, the apricot is said to have originated in Armenia and is considered an important symbol for the country. Armenian apples, peachesi, plums, grapes, figs, and pomegranates are also ubiquitous in the country, and they’re even popular abroad for their uniquely juicy flavor.

When it’s time to wash down the local fare, you can save yourself time Googling “Is it safe to drink the water in Armenia?” The answer is yes, the water is not only safe but some of the purest in the world. Armenia’s water comes from natural mineral sources, and its clean taste isn’t lost on Armenians. In honor of the city’s 2,750th anniversary in 1968, 2,750 water fountains were installed around Yerevan, dispensing clean, refreshing water to residents. The water in the town of Jermuk is even rumored to have healing properties — according to ancient legends.

Insider GuidesCentral Asia Is the Next Big Trending Destination. Here’s Why.
Tagged
Culture Travel Insider Guides Armenia
What did you think of this story?
Meh
Good
Awesome

The First Europe To Asia Thru-Hike Is Coming, and You Can Help Build It

9 Treks That Showcase the Caucasus’ Remote and Rugged Beauty