Smart travelers arrive in a new place equipped with the country’s linguistic basics. While no one expects tourists to be fluent in every custom and tradition, it’s easier to explore unfamiliar places when you know how to ask simple, straightforward questions. One phrase that can save you a lot of time when eating out: Can I have the check, please?

Food plays an essential role in so many cultures around the world, providing a chance for friends and families to meet, celebrate, relax, and enjoy each other’s company. Being able to deftly navigate a restaurant abroad will elevate your experience. This is how to ask for the restaurant bill in 13 major languages, plus key pieces of restaurant etiquette that’ll give you a foothold in each country’s cultural customs. 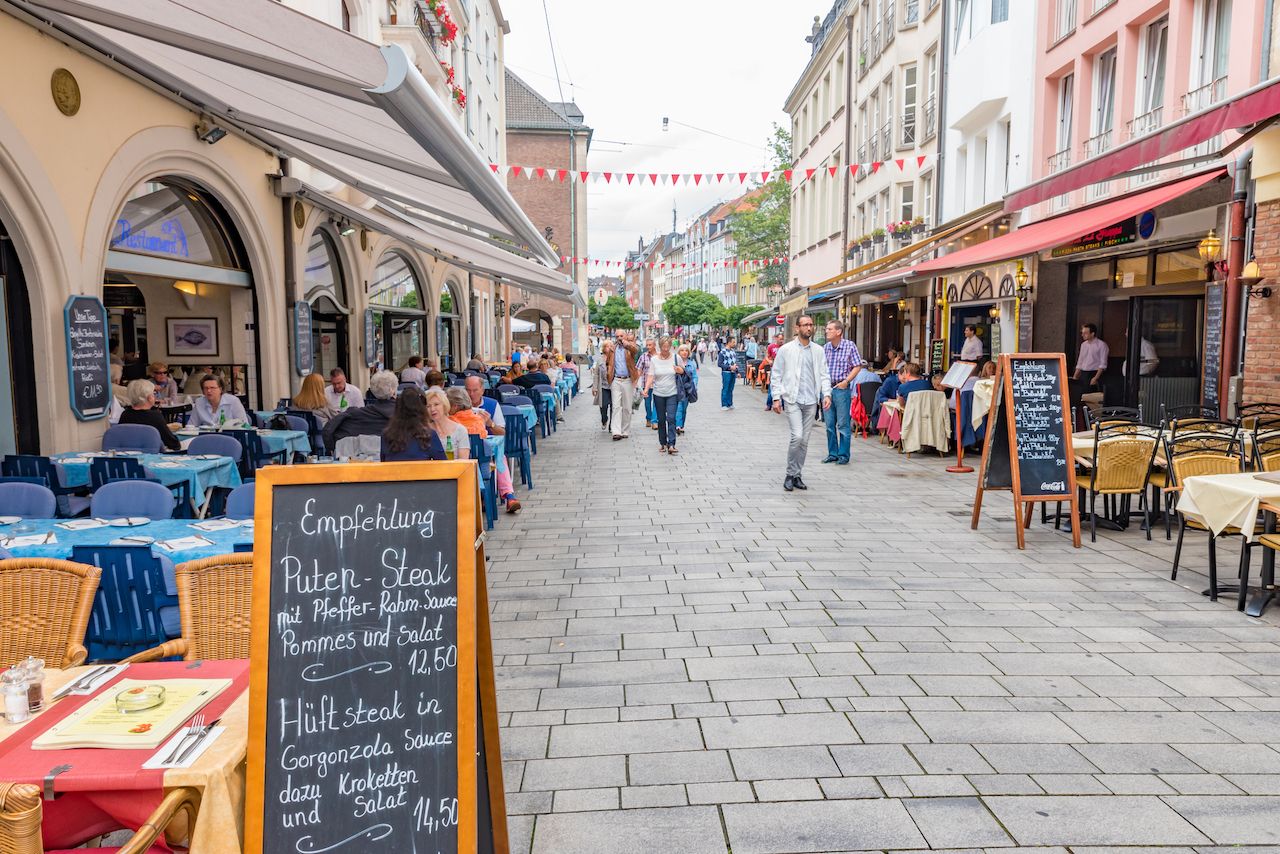 If you’re out with a group of friends for dinner in Germany, the meal tends to start with a friendly “Guten appetit” (Enjoy your meal). It’s generally considered polite to eat right when your food arrives instead of waiting for all of the plates so you’re not stuck eating a cold dish. The Germans, of course, appreciate beer. It’s a common accompaniment to most meals, and so you may find yourself toasting (“Prost!”) quite often. Otherwise, most dining customs are similar to what you’ll find in the United States.

The Spanish are known for eating dinner much later than typical Americans, or even other Europeans, are accustomed to. Don’t expect to sit down at the dinner table until at least 9:00 PM, and don’t act too surprised if dinner doesn’t start until midnight. It’s also polite to leave a small tip for your waiter. In many tapas bars around Spain, one common custom is to throw toothpicks, olive pits, and napkins on the floor. While a shock for some, one way to find the best cafeteria (a small bar with some seating that serves snacks, coffee, and drinks) is to look out for a bunch of trash on the ground.

Spanish is one of the most spoken languages in the world, and each country has its own customs. Regardless of whether you’re in a place like Mexico City or Buenos Aires, you’ll likely need to ask the waiter to bring your check, and can do so with confidence by asking for la cuenta. 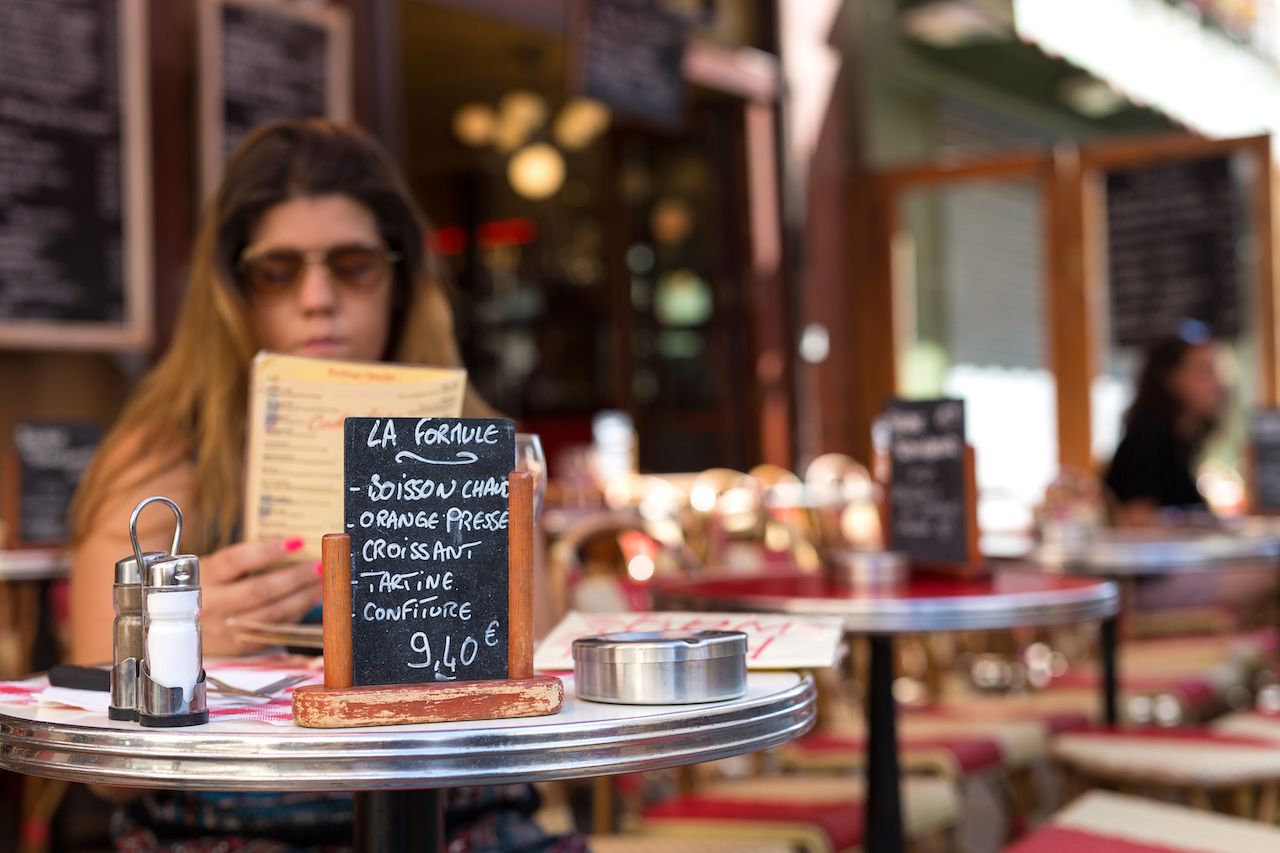 Yes, waiters in France are notorious for being a bit brusque with their customers, but a meal in a French restaurant is worth it, regardless. You typically won’t find super attentive servers in France, but that doesn’t mean the service is bad or the people are rude. The French have a more relaxed attitude toward meals, and most likely they just want to let you eat in peace.

At French restaurants, the norm is to take a lot of time to savor your food and enjoy conversation with friends. A typical dinner can run as long as three hours. Similarly, the waiters aren’t in any rush. You won’t get the check at a restaurant in France unless you explicitly ask for it, as your waiter doesn’t want to imply that you need to rush out by dropping the check at your table unsolicited.

If it seems as though you’ve been waiting an inordinate amount of time for your check at an Italian restaurant, don’t worry, you haven’t offended your server. As in France, it’s considered impolite for the waiter to bring the check to the table before it’s been requested. 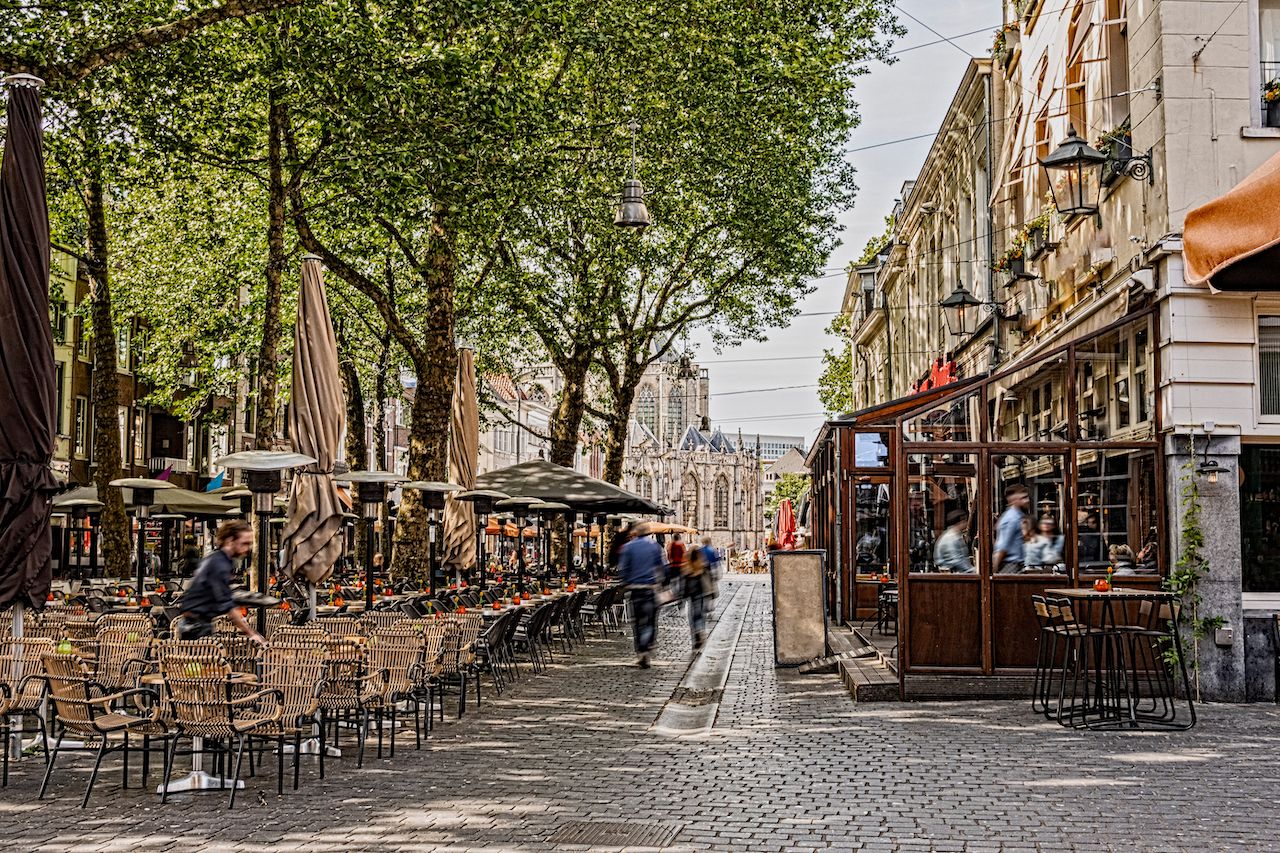 The Dutch are frank and straightforward about many things in life, including who is going to pay the bill. If you’re going to be the one to pay, be the one to ask for the check (though it’s common to split the bill). A tip of as little as 5 percent is acceptable at restaurants, but bars usually don’t expect tips.

Eating at a restaurant in China is a group affair, so expect dishes to be shared around the table. You can order as many dishes as you like (and by all means, you should order all of the best dim sum dishes if you’re at a dim sum restaurant), but keep in mind that it’s considered polite to finish all the food on your plate. And of course, you’ll be using chopsticks, not a fork or knife.

This one might be hard to pronounce, so you can find a tutorial on how to pronounce the phrase correctly here. 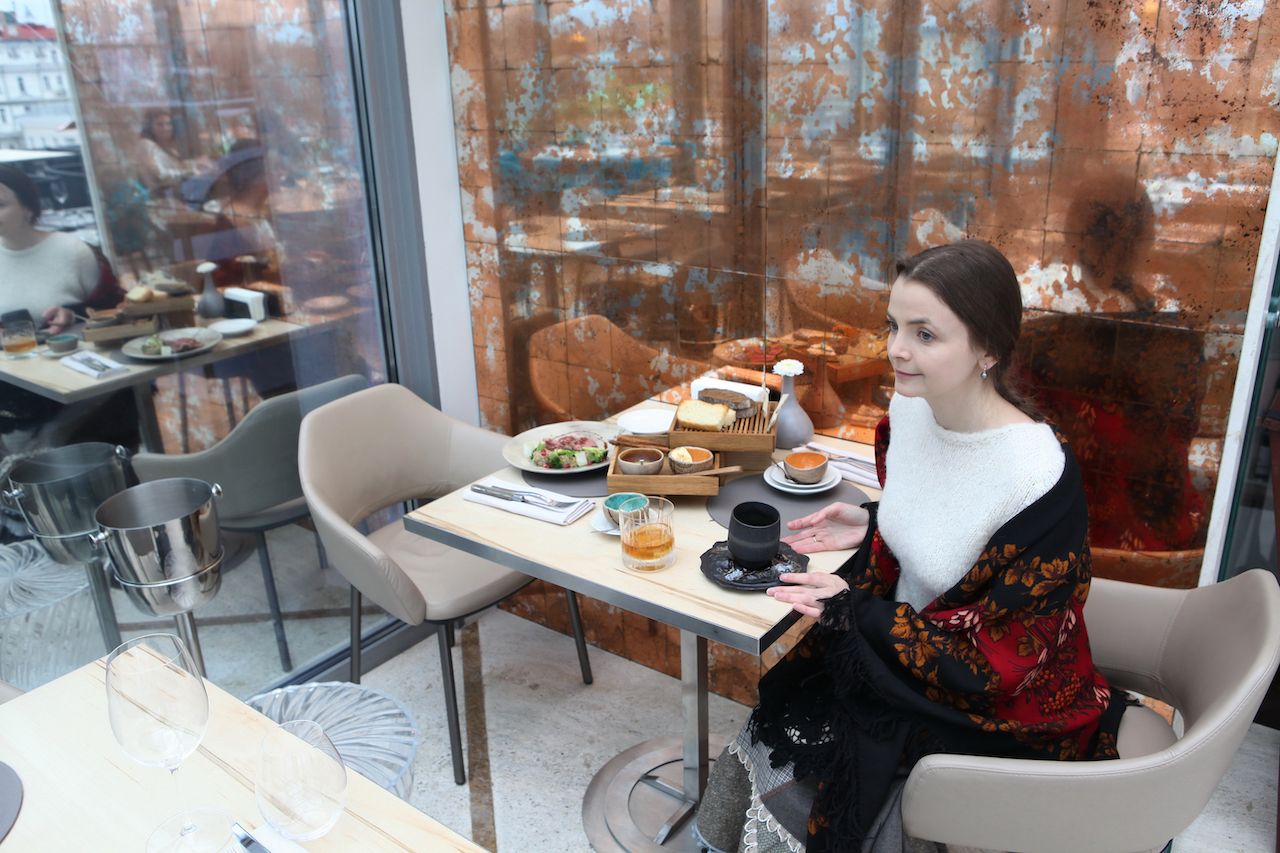 Dining out in Russia isn’t quite as common as it is in some of the other countries on this list, especially outside of major cities. However, if you do go out to eat, expect dinner to be very celebratory — vodka shots included. It’s considered a bit rude to turn down a drink from a friend, or even a diner at a neighboring table, so come prepared. It’s also customary to take a bite of food (usually fish or something pickled) right after downing your shot.

Once it’s time to pay, be aware that if you place your cash in the folder alongside the check and hand it back to your server, immediately saying thank you or spah-si-bo (phonetically) means you don’t want change.

In Japan it’s customary to pay at the register, not at the table, though the server will bring the check to your table. Tipping is also not expected at Japanese restaurants, and it may even be considered rude at some establishments.

By the way, if you’re eating noodles, feel free to slurp. In the West, making noises while you eat noodles is usually inappropriate, but in Japan it’s a sign that you’re enjoying your meal. Dinner is often served with a cup of green tea, and you’ll sometimes be provided with a hot towel (oshibori) which you should use to clean your hands before eating. 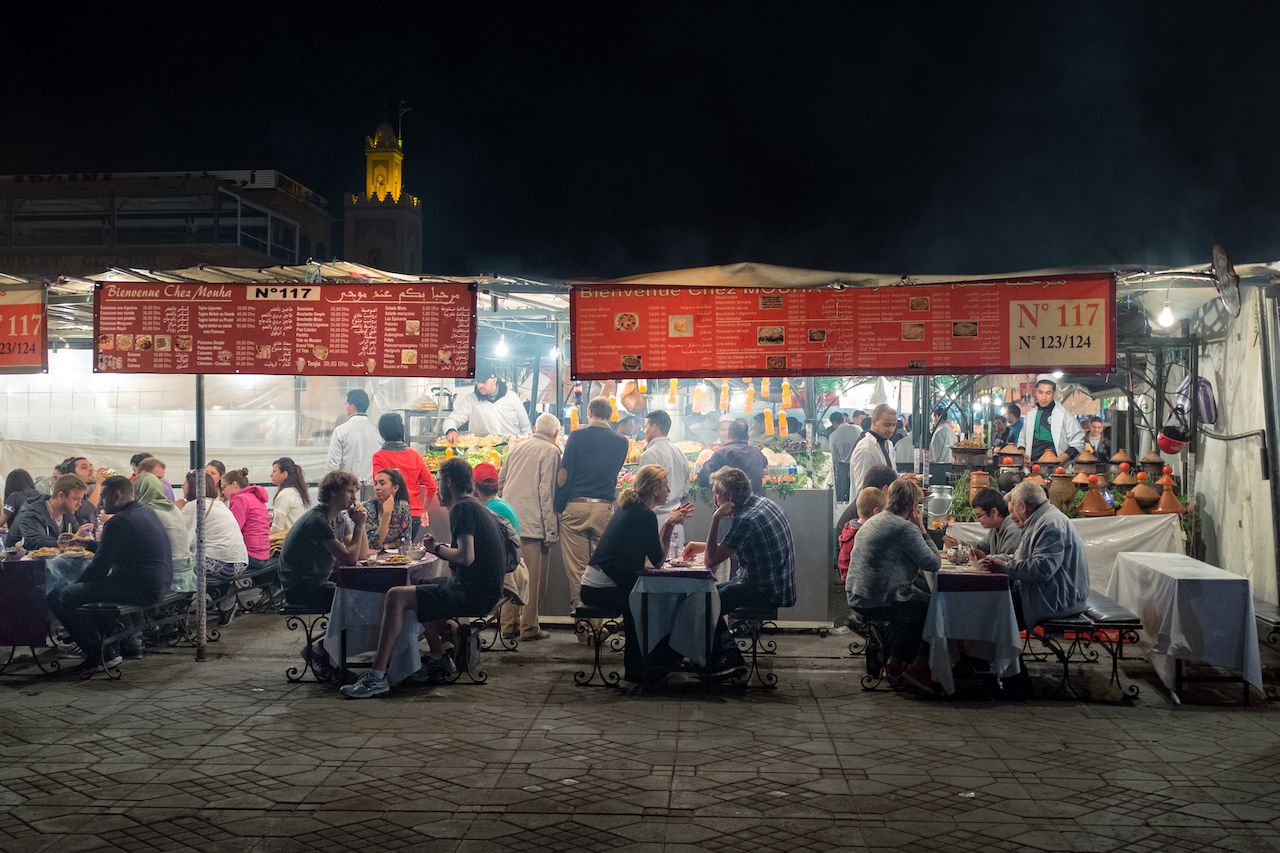 Dining traditions vary between Arabic-speaking countries. However, there are few general customs to keep in mind: If your restaurant doesn’t provide cutlery, always eat with your right hand (the left hand is considered unclean). Even if you love your meal, don’t clear your plate; it’s polite to leave a bite untouched. Bread is also used to mop up any leftover sauce from the plate. Your host will likely order food for the whole table after consulting with the party. Because many Arabic-speaking countries are predominately Muslim, alcohol will likely not be served in restaurants.

While traveling around Indonesia, look out for the neighborhood warung, which is a family run street food stall where the locals are likely to be eating. If you’re sitting down at a traditional restaurant, you’ll likely receive utensils. Chopsticks, on the other hand, are rare. Indonesians like their food on the spicy side, so most restaurants will provide a chili paste called sambal as a condiment. If you’re allergic to peanuts, step carefully: Most Indonesian cuisine is prepared with peanut oil. Peanut sauce is also a common dip for vegetables and satay, and legumes pop up on salads, too. 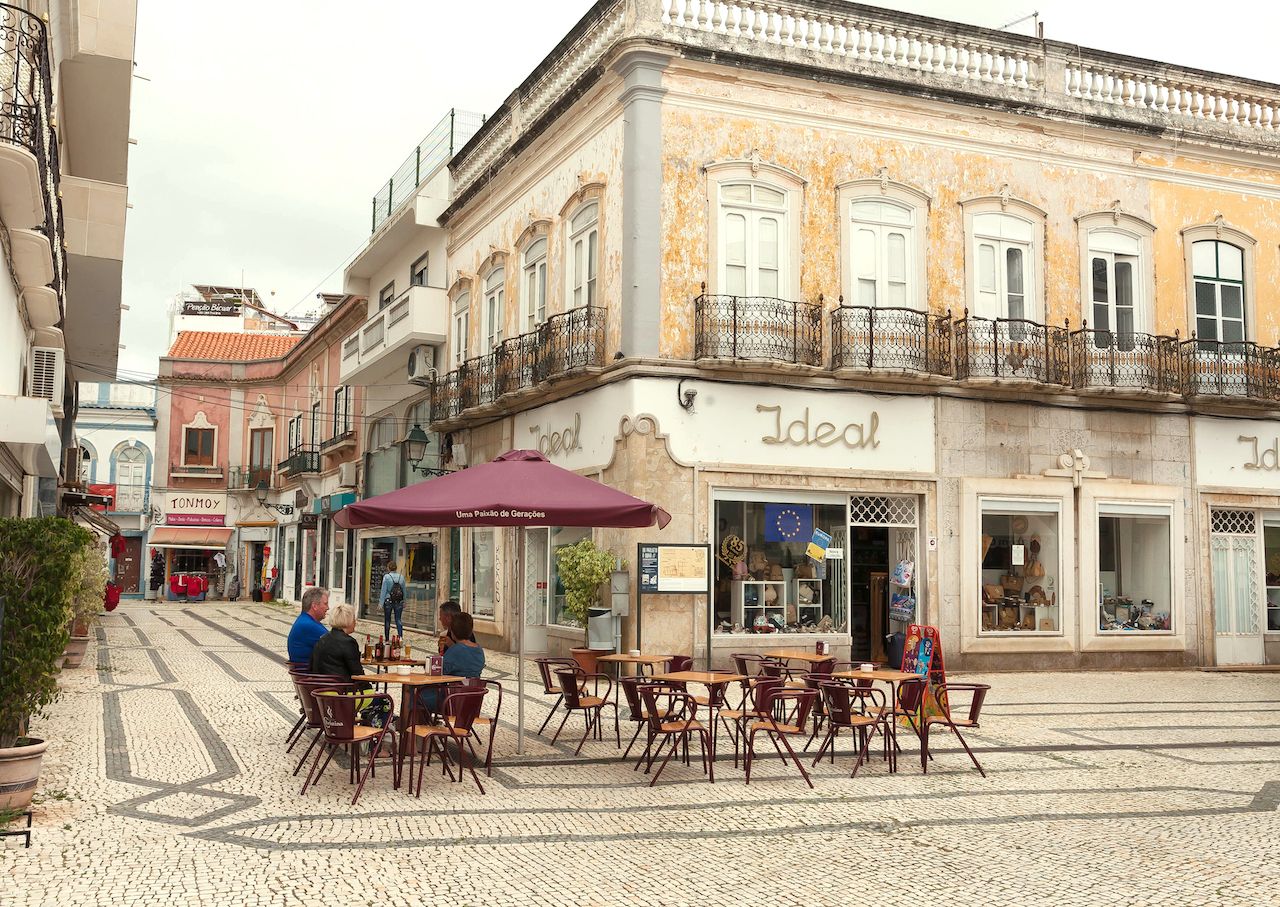 In Portugal, a restaurant meal typically starts with couvert, which are small dishes like olives, bread, and pâté. You won’t have to ask for these dishes; the server simply brings them to the table when you sit down. Instead of being presented with ice water at the start of the meal, you’ll be asked if you prefer fresca or natural water — either cold or room temperature. And while the Portugese don’t eat as late as the Spanish, don’t expect to sit down to dinner until at least 9:00 PM. While tipping isn’t necessarily expected, it will always be appreciated. There is no local custom that would consider a higher tip impolite.

A few customs to keep in mind when eating in South Korea: Rest your chopsticks beside your bowl, not sticking straight out. Rice should be eaten with a spoon, and the only dish you should eat with your hands is ssam, otherwise known as a lettuce wrap.

You also shouldn’t pour your own drink. Instead, your dining companions will refill your glass for you. And while it might be considered polite to slurp noodles in Japan, that’s not the case in Korea. Your soup bowl should remain on the table and the broth should be sipped quietly. 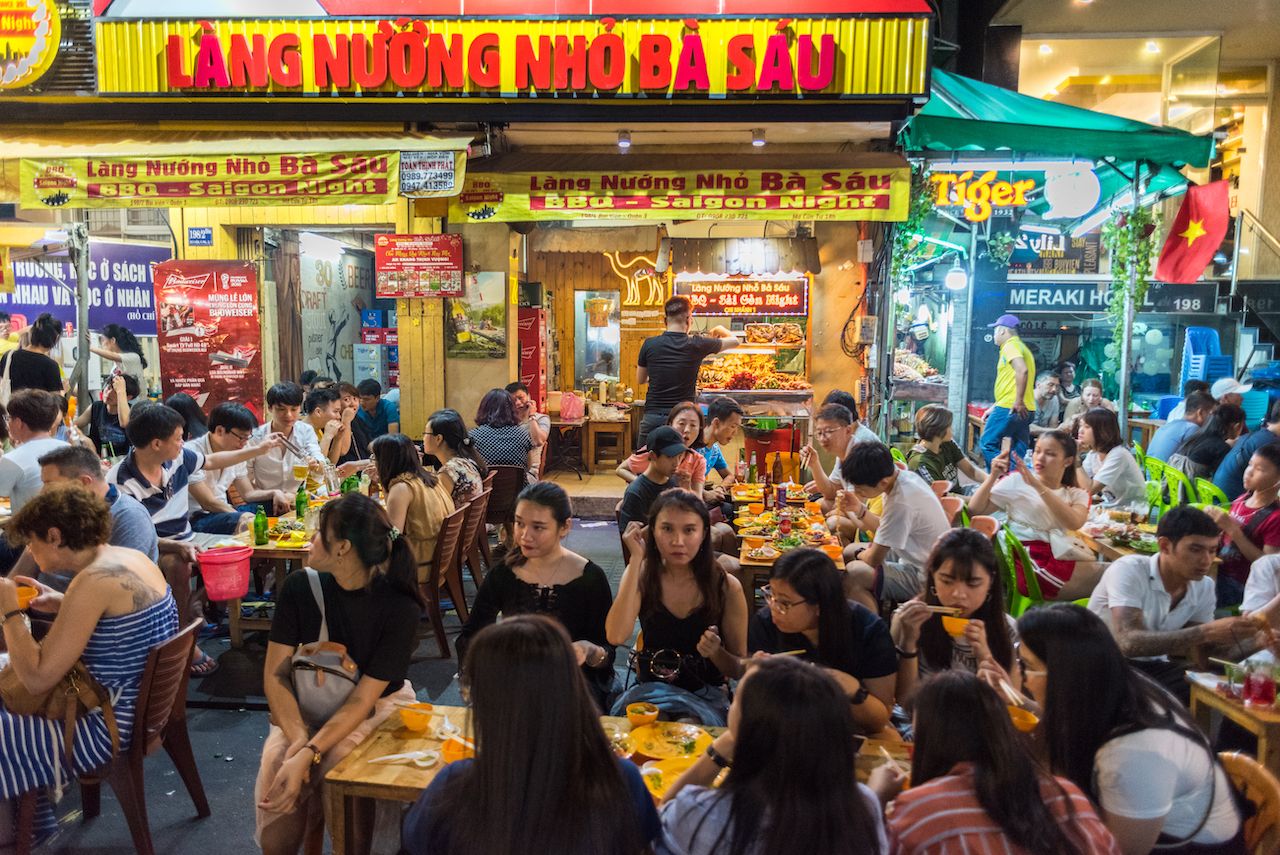 As in Korea, you shouldn’t stick your chopsticks directly into your rice bowl. In Vietnam, eating dinner is a communal activity, and you’ll typically share dishes rather than have a personal meal to yourself. When passing the shared dishes to another diner, be sure to use both of your hands.

When it comes time to pay for your meal, a bill won’t always be brought to your table. You’ll have to go to the register and ask for it there, where you’ll also pay.

TravelThe Ultimate Guide To Tipping in Every European Country
Tagged
Languages Restaurants + Bars
What did you think of this story?
Meh
Good
Awesome