In January 2020, 1970s gaming company Atari — known for iconic arcade and home video games Pong, Asteroids, and Missile Command — announced it was throwing its hat into the hotel game. It announced plans for eight Atari Hotels in the United States, the first of which was slated to open in Phoenix this year.

While the construction of the first Atari hotel has been delayed, a company representative told Thrillist that the project would break ground “sometimes next year.”

The Vegas hotel, also known as “The Mothership,” should be next and the recently revealed details and photos of the project are extremely promising. 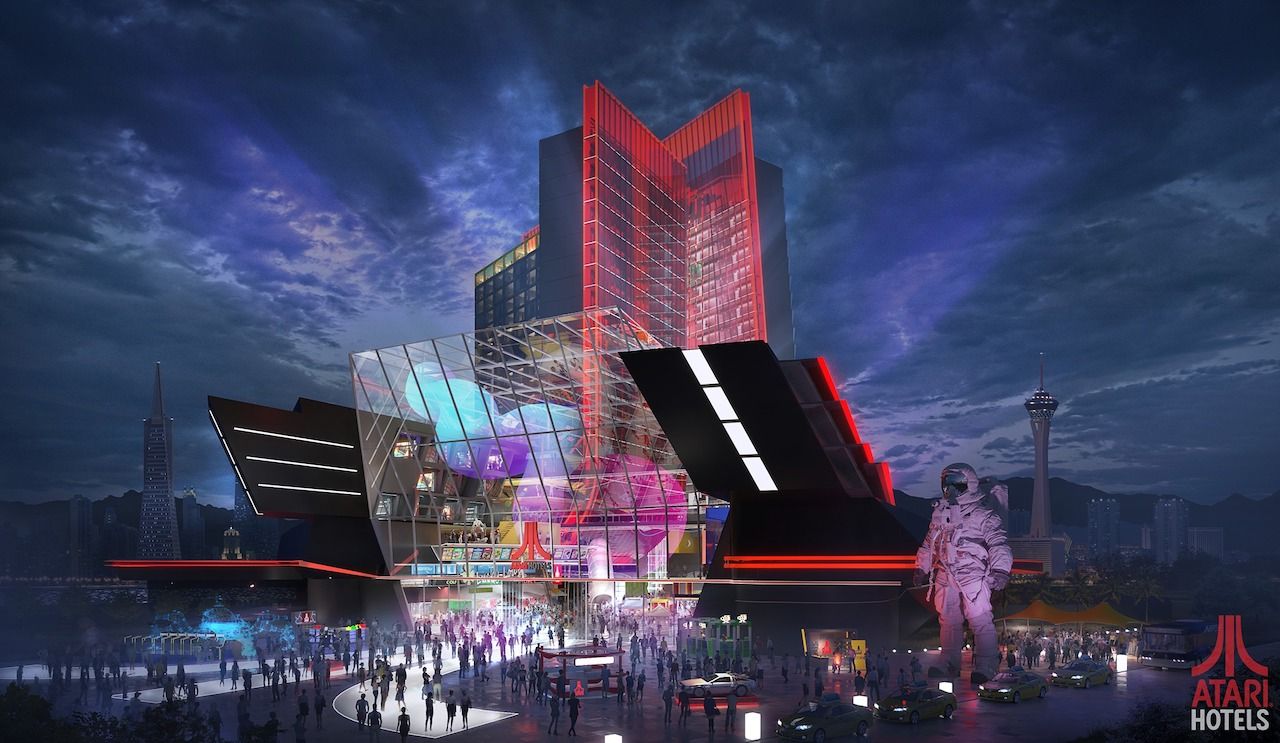 The new announcement states that the “Las Vegas location will bring an experience that has never existed in a market primed for evolution,” and promises that the concept “perfectly blends the past, present, and future of video games and entertainment.” 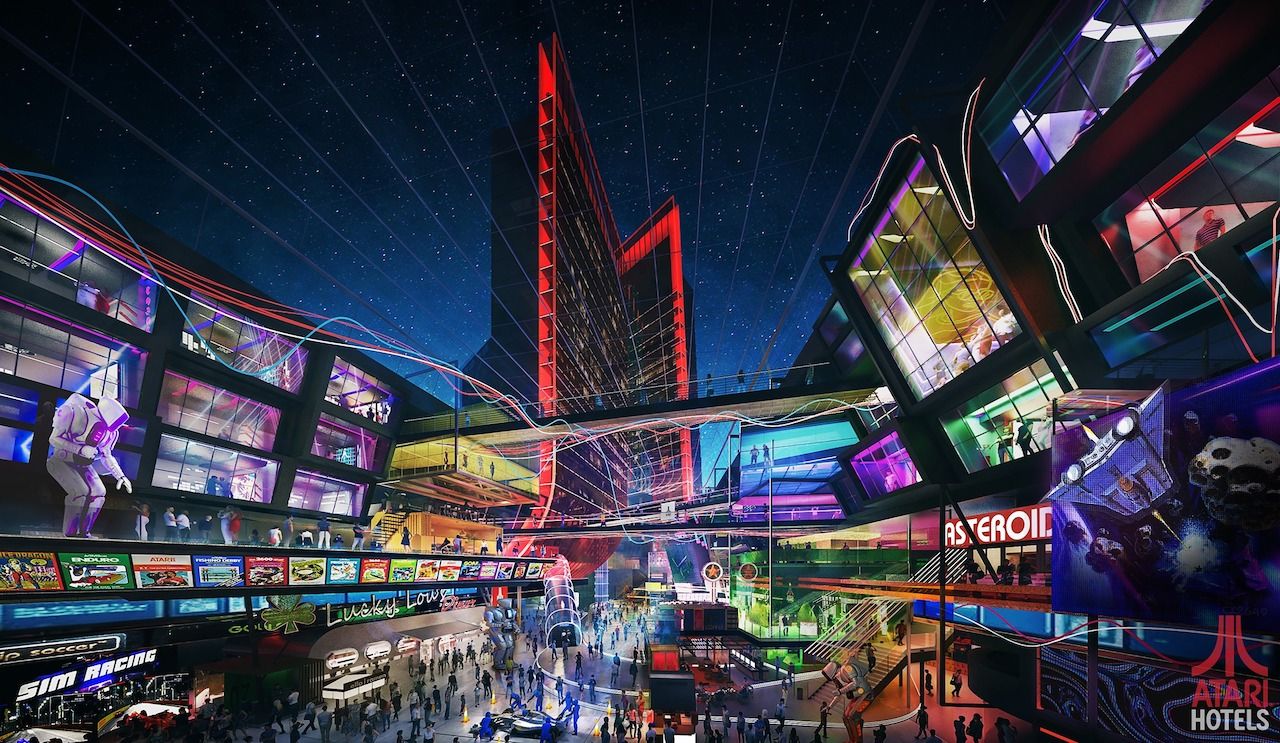 Just like Atari redefined gaming with the release of its consoles several decades ago, it’s now seeking to redefine the hotel industry. Plans for the upcoming Vegas hotel include amenities for e-sports lovers and content creators, retro arcades, a speakeasy-type bar, nightclub, themed restaurants, and a multi-use gaming arena. 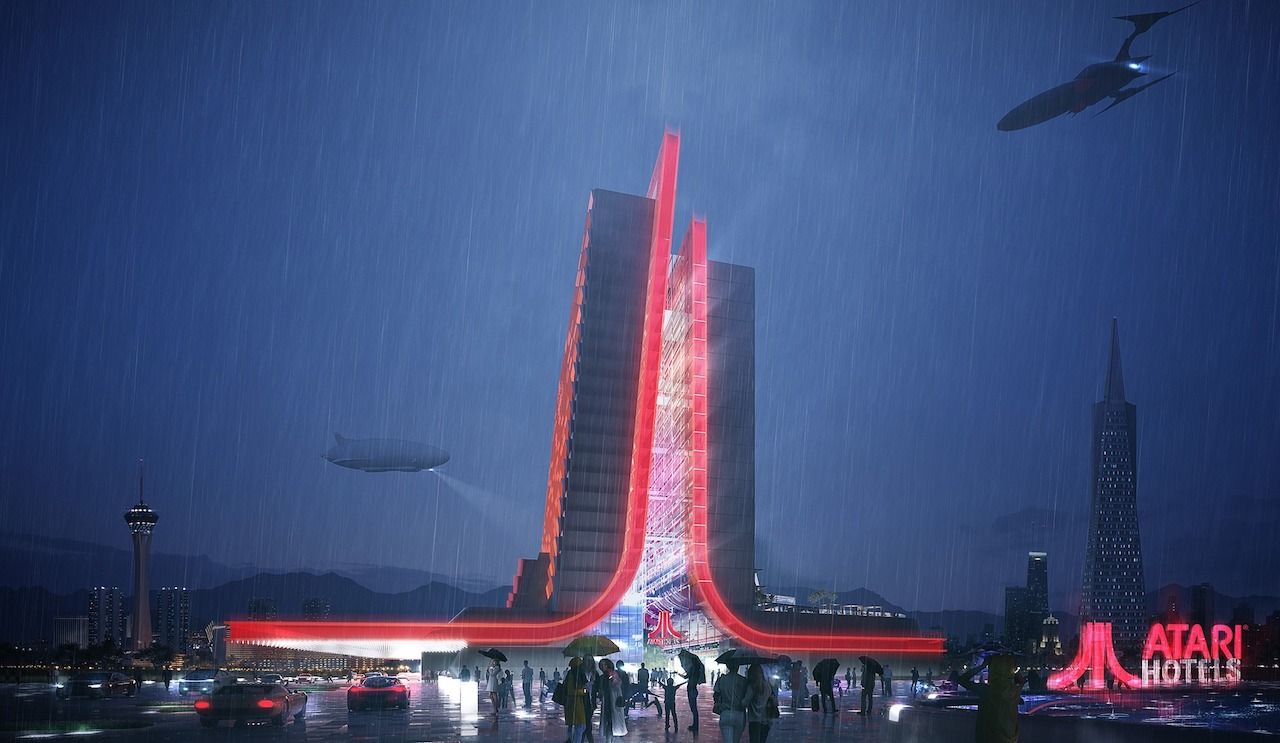 In addition to Phoenix and Las Vegas, hotels are also being planned for Austin, Chicago, Denver, San Francisco, San Jose, and Seattle in the next few years.

A version of this article was previously published on January 28, 2020, and was updated on October 22, 2020, with more information.

Trip PlanningThe Most Unique Hotels From Around the World
Tagged
Entertainment News Epic Stays
What did you think of this story?
Meh
Good
Awesome