Now, more than ever, it’s time to sing. We shall sing in our showers. We shall sing from our cars. We shall sing to our pets and to our friends — over Skype. And to our neighbors — from our balconies. You’re likely not too bad at it, right? What with all those late-night karaoke sessions with your inebriated co-workers. Maybe you’re even a professional musician, or a part-time rockstar in your local band.

Even if every time you sing, birds scatter and wine glasses shatter, the benefits of singing are very well documented. Scientists at the University of Frankfurt in Germany concluded in a study published in 2004 that singing improves your mood. It releases the same feel-good chemicals as sex and chocolate, something certain to ease the burden of being stuck inside for days on end. It builds community and widens your social circle of friends, or just the downstairs neighbor who joins in for the “na-na-nas” on “All The Small Things.” But most importantly, it gives you something to do during one of the most isolating times in modern history.

Now, regardless of your perceived skill level, it’s time to open the shutters and belt it out. It’s why countless videos are going viral of quarantined people joining together in song and dance from their balconies and rooftops. While the time may come where everyone has had enough of the impromptu jam sessions, that time has not yet arrived. So, as long as you’re not keeping people awake in the dead of night, here is our list of the best songs to sing while self-isolating.

And if you’re still not convinced to lend your voice, just clap along.

During these increasingly quarantined times, here’s hoping your home turns into one of these. Sing it loud and proud. But play it safe because the world may not need a post-virus baby boom.

I Won’t Back Down, by Tom Petty

The late, great Tom Petty probably wasn’t thinking of a pandemic when he wrote this song. But it’s appropriate, and it’ll feel damned good when you declare to the world (and the virus) that you won’t back down, that you’ll stand your ground, that you’ll keep this world from dragging you down. Metaphorically of course — now is not the time to stick it to the man by socializing in public.

Everyone’s favorite head-banging anthem was made extra-famous by Mike Myers and his crew in Wayne’s World. And even though what Freddie Mercury sings after “I see a little silhouetto of a man…” is gibberish, it’s one of the most fun songs to belt out with a group.

I Wanna Dance With Somebody by Whitney Houston

Don’t Stand So Close To Me by The Police 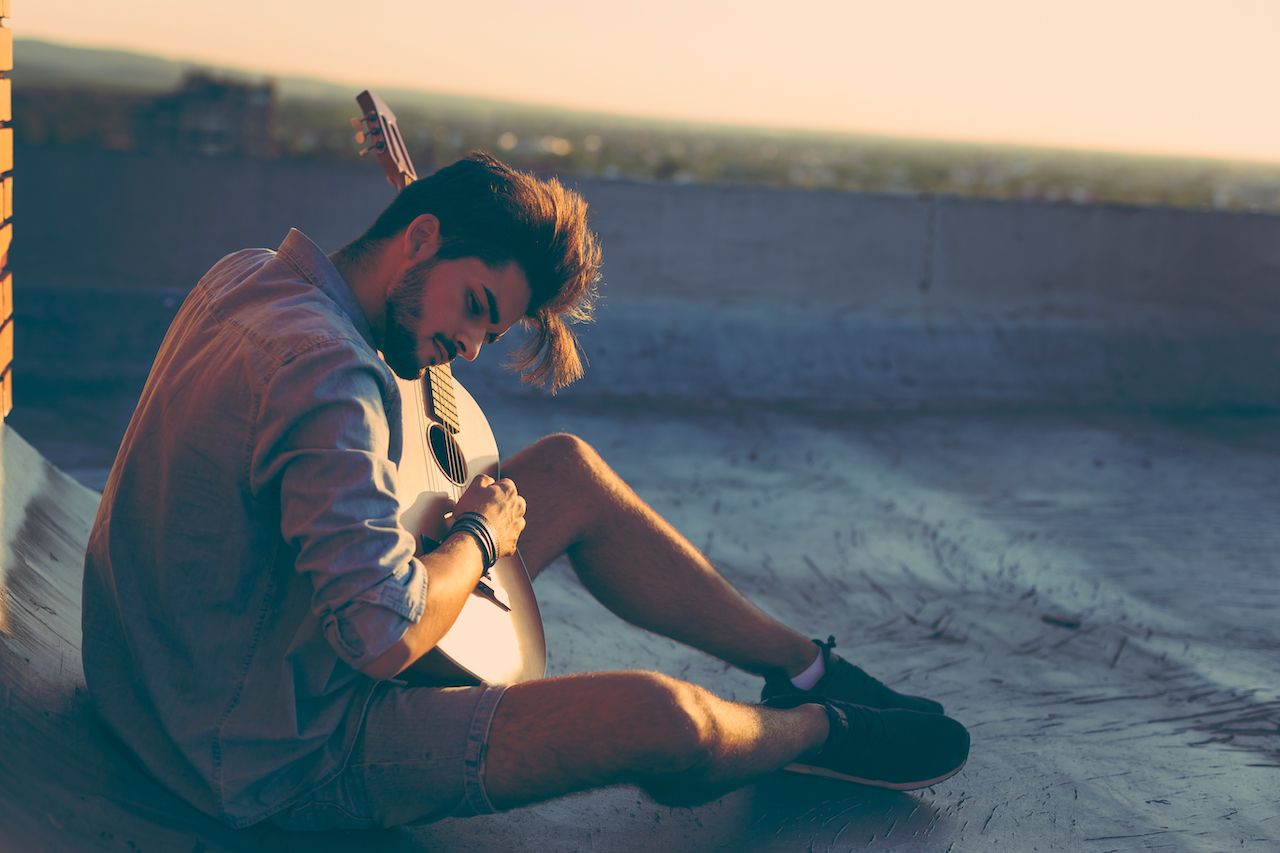 So Fresh, So Clean by Outkast

The Atlanta duo’s hit from 2000 is a go-to hip-hop karaoke song. In 2020, it’s now a perfect reminder to everyone around you that you’re “dressed so fresh and so clean” with your singing partner echoing, “so fresh and so clean.” Let’s keep it that way. Wash your hands, people!

Released in 1977 on the Exodus album, this is one of Bob Marley’s most recognizable hits.
The song is often thought to be named “Don’t Worry About A Thing,” or “Every Little Thing Is Gonna Be Alright,” because these phrases are repeated in the chorus. Now you can step out onto your balcony and repeat them to your neighbors.

If you’ve been to a major sporting event, then you’ve likely sung along to this Neil Diamond classic already. For our present purposes, though, don’t take the pre-chorus literally, where Neil sings, “Hands, touchin’ hands, reachin’ out, touchin’ me, touchin’ youoooo…”

You can be your neighborhood’s very own American Idol when you sing Kelly Clarkson’s 2011 smash hit. You’ll stand a little taller, you’ll come back swinging, you won’t be broken-hearted. You’ll actually be stronger.

Lennon’s anthem is one of the best-selling and most beloved singles of all time. In it, the Beatles singer encourages us to imagine a world in harmony and at peace. Solid message during these trying times — that is, of course, unless you’re a rich, tone-deaf (literally) celebrity.

Eye of the Tiger by Survivor

Good as Hell by Lizzo

Pandemic or not, belt out any Lizzo song and you’ll have the whole block bumpin’.

This cheery acoustic ballad by Chicago pop-rockers Plain White T’s is ripe for a family singalong. It also contains good advice about how to stay healthy in these trying times. The band sings, “I love the view from up here [your balcony], warm sun and wind in my ear [sunlight and fresh air are good for you], we’ll watch the world from above [social distancing], as it turns to the rhythm of love [be kind to each other].”

Livin’ on a Prayer by Bon Jovi

This massive 1986 hit for Jon Bon Jovi and band is one of those inescapable songs. It’s a karaoke must, a song in which everyone tries (with varying amounts of success) to hit the high notes, a song that induces the general public into flash-mob, singalong hysteria, no matter where or when.

This Is How We Do It by Montell Jordan

Step 1: Open all your windows. Step 2: Invoke your best frat boy or sorority girl on spring break routine. Step 3: Throw your hands in the air. Step 4: Loudly sing, “This is how we do it…” Step 5: Notice how envious your neighbors across the street are because your quarantine party is lit compared to theirs.

R.E.M.’s upbeat 1987 hit has been enjoying a resurgence due to COVID-19. Note. though, that Michael Stipe isn’t singing about the world ending outright — he’s singing about it ending as we know it. And more importantly, he feels fine about it. As should you. Also, best of luck nailing all the lyrics in all the verses!

Come on, you knew this song would be on the list. Because unless you live in a cave, and maybe even then, you’ve heard it plenty of times at graduations, weddings, bar mitzvahs, the 2005 World Series — it goes on and on and on and on. You’ve likely raised a beer to it, stood on a table singing at the top of your lungs to it, tried unsuccessfully to plug your ears to it as everyone around you belts out “just a small-town girl living in a lonely world,” or “she took the midnight train going anywhere,” or the inescapably catchy chorus and necessary motto for these strange times, “Don’t stop believin, hold on to that feeling.”

In honor of all the Italians that started the balcony singing movement, we leave you with this classic Italian resistance song. Learn it, sing it, feel the solidarity.

To listen to these and more of the best balcony songs to sing while self-isolating, check Matador’s QUARANTINE BALCONY SINGALONG SONGS playlist on Spotify.

WellnessHow To Stay in Shape at Home When the Gym Is Closed
Tagged
Music + Nightlife
What did you think of this story?
Meh
Good
Awesome