Hot-dog loving Americans might think they have a monopoly on the ketchup market, but there’s another nation with just as much of an affinity for ketchup as we do: The Philippines. While American ketchup is based around tomatoes, the Filipino version, true its the name, is made almost entirely from bananas.

Invented by a humanitarian and chemist during World War II, Filipino banana ketchup is now a staple at the Filipino dinner table that’s enjoyed on silog (rice, fried egg and fried Spam), fried chicken, and tortang talong (eggplant omelet), among other dishes.

The history of banana ketchup 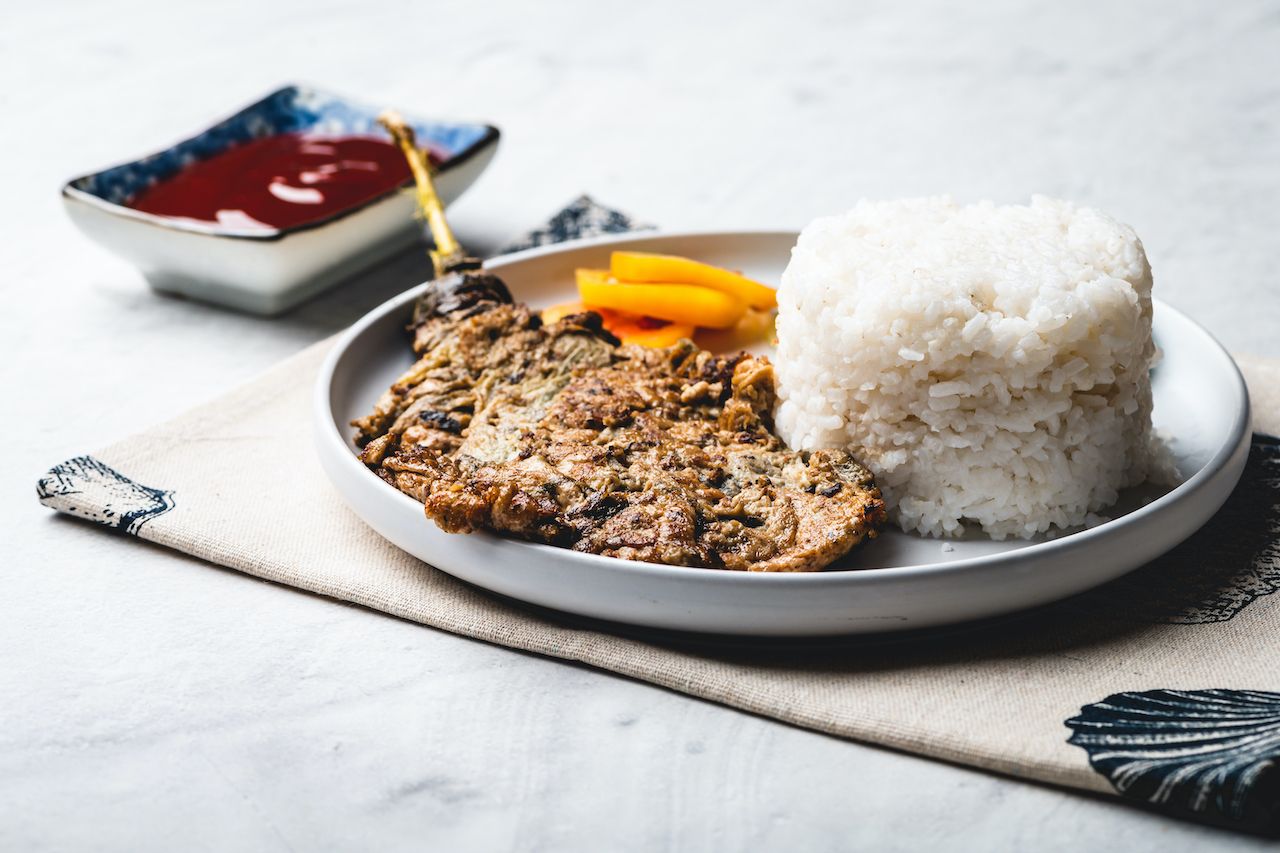 Ketchup — the tomato based version — was initially introduced to the Philippines by American colonists. But during World War II, when food was scarce and imports were limited, there were no tomatoes available to produce traditional ketchup. Enter Maria Ylagan Orosa.

The Philippines-born Orosa studied chemistry in America. Following her studies, Orosa returned to the Philippines, where she worked on inventions that would transform the nation of islands into a more “more self-sufficient and sustaining” society, according to a profile of Orosa on Food52. She helped fend off starvation and malnutrition during war time with one of her most important inventions, soyalac, a nutritious powdered soybean supplement. She also invented a special oven called the palayok, which can be heated on coals and therefore used without access to electricity.

What is banana ketchup?

Magdalo V. Francisco, who claimed to be working on his own recipe for the condiment in 1938, was the first to commercialize banana ketchup with his Mafran brand, according to Esquire.

Today, banana ketchup ingredients are still the same as the original components: bananas, sugar, and vinegar — and not a tomato in sight. The result is a much tangier and sweeter version of the tomato ketchup that many Americans are familiar with. What it does have in common with tomato ketchup is that it’s red thanks to a dye that creates the illusion of a relation to its American counterpart.

Banana ketchup tastes similar to American tomato ketchup, despite the fact that the former doesn’t contain any tomatoes. The biggest difference between the two is that banana ketchup is far sweeter than tomato ketchup. Surprisingly, it doesn’t taste anything like bananas. Banana sauce might also have a slightly spice kick to it, if chilies are used in the recipe, and it also has a distinct acidic taste from vinegar.

The sweetness of banana ketchup accommodates the palette of many Filipino people, who enjoy a touch of sweetness in much of their cuisine. After all, the Philippines was one of the first countries to grow sugarcane as a subsistence crop (and later as a commodity), and today Filipino desserts are still known for being particularly sweet.

How to use banana sauce 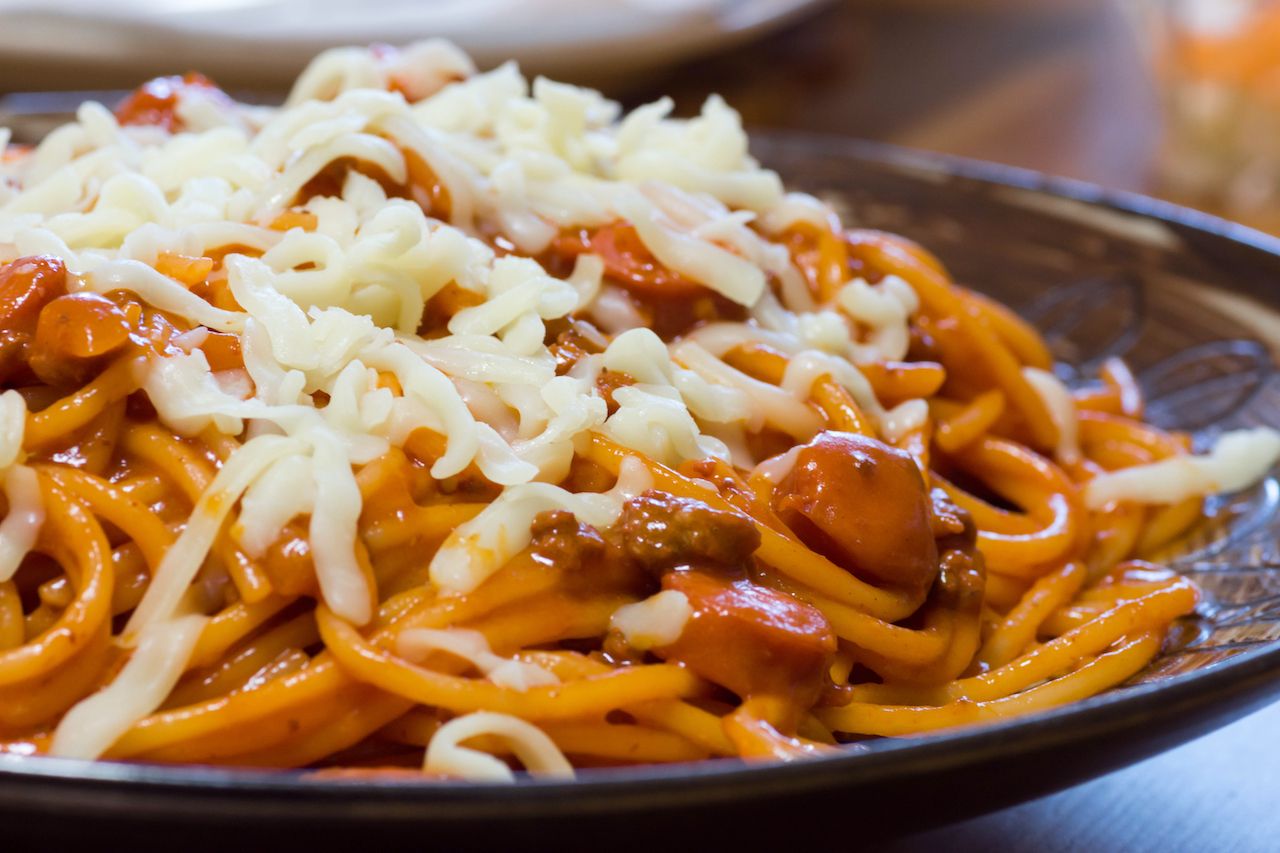 Banana ketchup appears on the Filipino table as a condiment or dipping sauce, and also factors into marinades. Here are several classic Filipino foods that are likely to incorporate banana ketchup:

Tortang talong: This play on an omelet consists of sliced and charred eggplant that’s dipped in egg and then pan fried. It’s usually served at breakfast or lunch, with steamed rice and banana ketchup on the side.

Silog: Silog refers to a class of breakfast dishes in the Philippines that combines two key elements: sinangag (garlic fried rice) and itlog (egg). There many versions that are served with bacon, spam, corned beef, fried chicken, and many other side dishes. For instance, tapsilog combines Filipino beef jerky with rice and egg. The one constant (other than rice and a fried egg) is a side of banana ketchup for dipping.

Fried chicken: Flavored with garlic and black pepper, and marinated in calamansi juice and soy sauce, fried chicken is a favorite treat — especially at fast food chains like Max’s and Jollibee. Cooking or marinating the chicken in banana ketchup — or using banana ketchup as a glaze — is one beloved to make Filipino chicken dishes shine even more.

DessertHow a Coconut Pie Became One of the Most Iconic Desserts in the Philippines
Tagged
Food + Drink Philippines
What did you think of this story?
Meh
Good
Awesome