I am not a golf person. Like most people, I can name Tiger Woods, but no way in hell I can tell you who won the Masters.

What I am a fan of is a good party, and even though I can’t name 99 percent of the PGA Tour, I can with complete confidence tell you that good golf tournaments are the best spectator experience in sports. What’s that you say? How could a game that’s about as action-packed as lunch at the senior center be the best sport to attend? Easy. Because the PGA Tour knows it doesn’t have bone-crushing tackles or fast-break dunks, it’s made some tournaments week-long parties, complete with free-flowing booze, gourmet food, star-studded concerts, and viewing areas mere feet from the players.

The Waste Management Open in Phoenix is like spring break on a golf course. The Safeway Open in Napa is effectively a wine and food festival. The Zurich Classic in New Orleans lets you eat around the city without the festive aroma of Bourbon Street. All of it with literally the top golfers in the world putting within selfie distance. If this has you hyped to go to a golf tournament this year, here are my selections for the top eight. 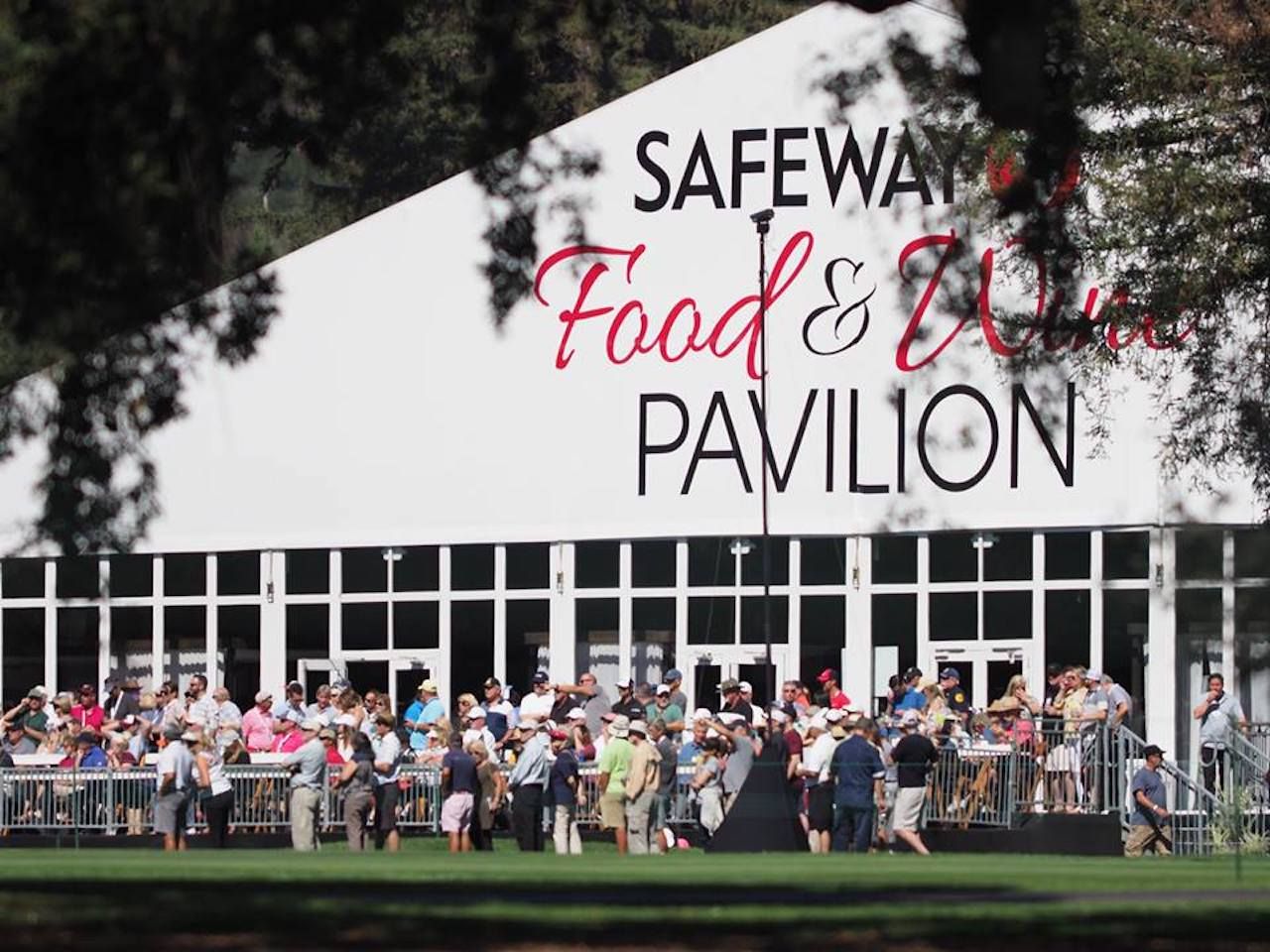 Right as harvest season concludes, the Silverado Resort and Spa hosts this annual event where over 60 wine, beer, and spirit purveyors line the course, offering spectators the chance to have a full-on Napa wine-tasting weekend without ever leaving. You won’t even have to rush off to make your 8:00 PM reservation at French Laundry since in past years Thomas Keller — along with Charlie Palmer, Masaharu Morimoto, and other famous chefs — have handled the food duties. Once you’ve spent the day gorging on gourmet food and fine Napa wine, an evening concert series wraps up each night, this year headlined by Young the Giant, Billy Idol, and Sammy Hagar. 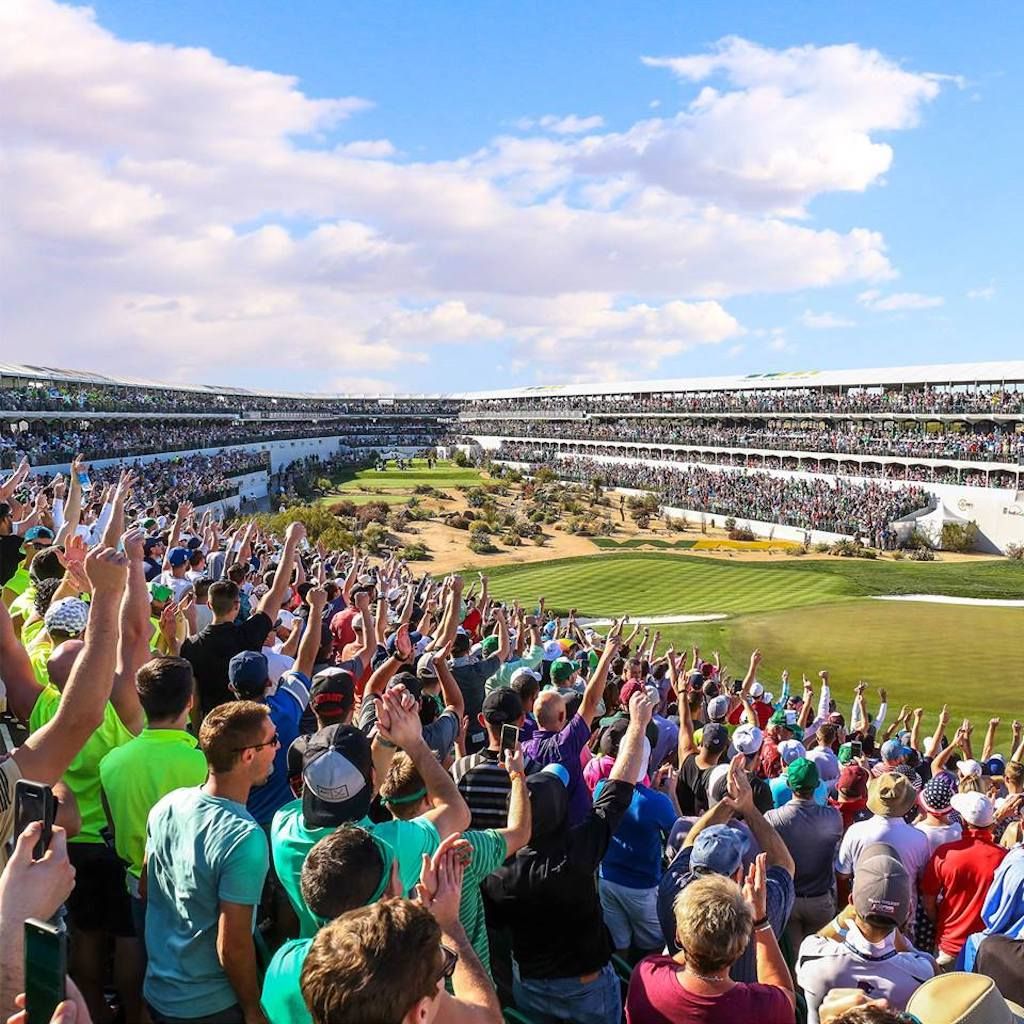 If the refined, genteel PGA Tour has its version of the infield at the Kentucky Derby, it’s the Waste Management Open. And we should expect nothing less from a tournament named after a garbage truck. The late-winter tourney not-so-coincidentally coincides with spring break, and the atmosphere around the course can sometimes feel like a weekend in Cabo with more clothes. Usually. The biggest party of the weekend can be found on the 16th hole, which boasts stadium seating for 20,000 and is affectionately known as “the Coliseum.” The 162-yard Par 3 is perhaps the only hole in all of golf known for its noise, and fans line up as early as 4:00 AM to get a good spot near the green. That early wake up is made especially tough by the nightly concert series, which this year is headlined by Martin Garrix and The Chainsmokers. If you don’t know who they are, this may not be your crowd. 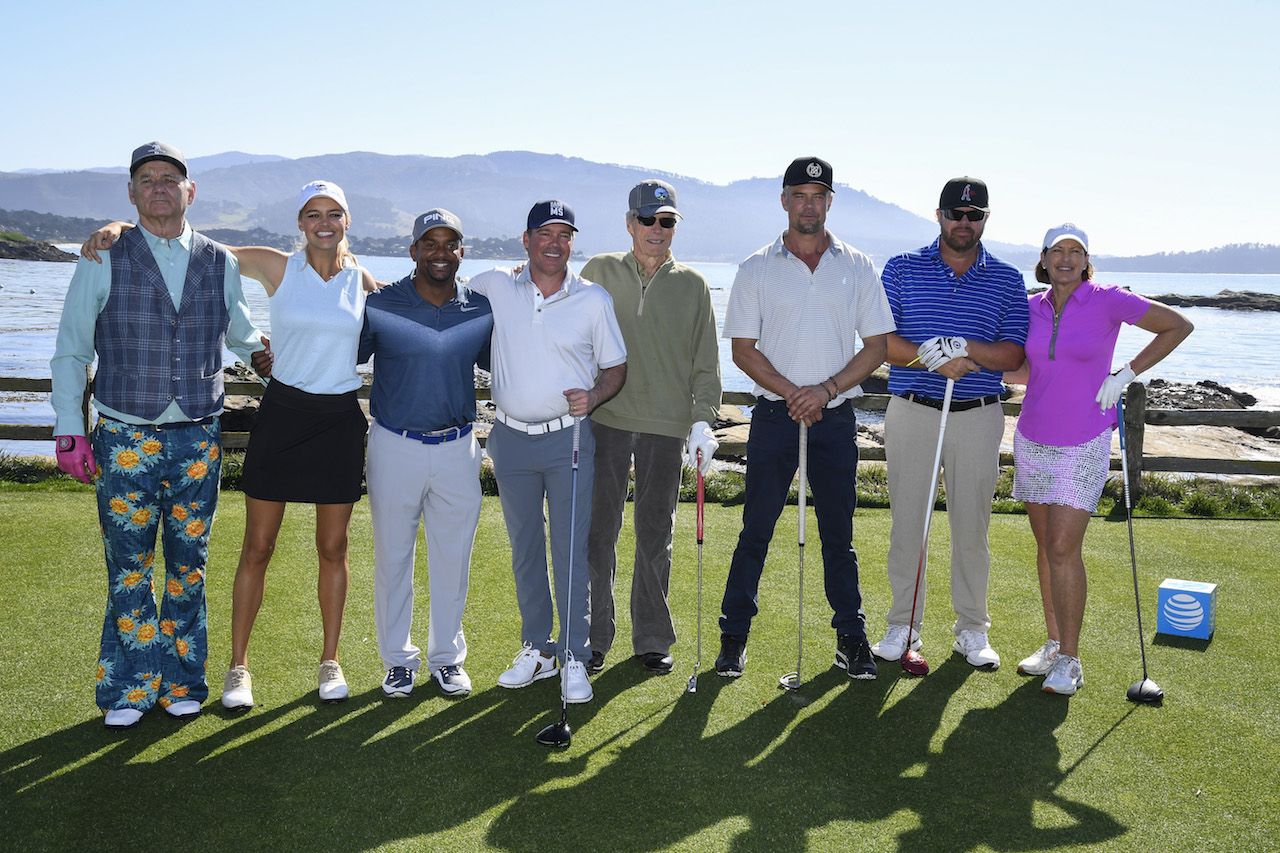 For celeb sightings and Hollywood parties, no event on the tour tops the Pebble Beach Pro-Am, the only event of the year where most people can name someone playing other than Tiger Woods. The event began as a little charity tournament Bing Crosby threw for his friends and has grown into the biggest celebrity sporting event in the world. This year the pros will be joined by — among others — Toby Keith, Huey Lewis, Aaron Rodgers, Larry the Cable Guy, Ray Romano, and Tony Romo, who’s almost as good at golf as he is at broadcasting. Even if you’re not into looking at famous humans, the scenery here is equally as photogenic where the links along the Spyglass Hill Golf Course and Monterey Peninsula Country Club sit right up against the Pacific Ocean and the coastal cliffs beyond. 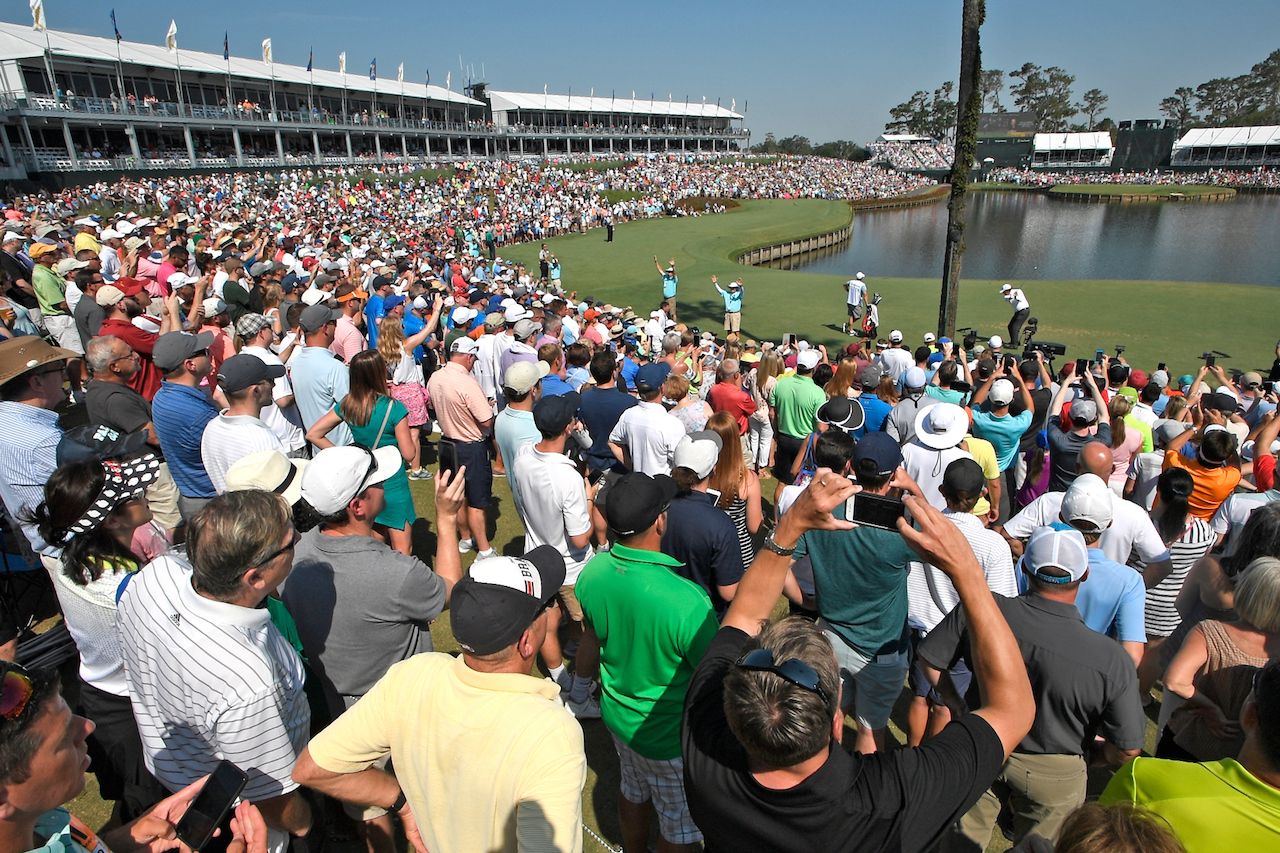 Though this annual tournament held at the headquarters of the PGA Tour is called The Players Championship, the entire event is designed for the fans. The course at TPC Sawgrass was reconfigured as a stadium course, meaning each hole has berms, mounds, and space for bleachers so the sightlines onto the fairway are ideal. This creates the feeling of going to a major sporting event spread over 18 holes, where you can sit just feet away from top-ranked golfers while enjoying a cocktail or food from dozens of local restaurants. The tournament is known as the “fifth major” among pros and is one of the biggest annual events in northeast Florida, meaning the bars, restaurants, and beaches in greater Jacksonville will be, as the kids say, lit AF. 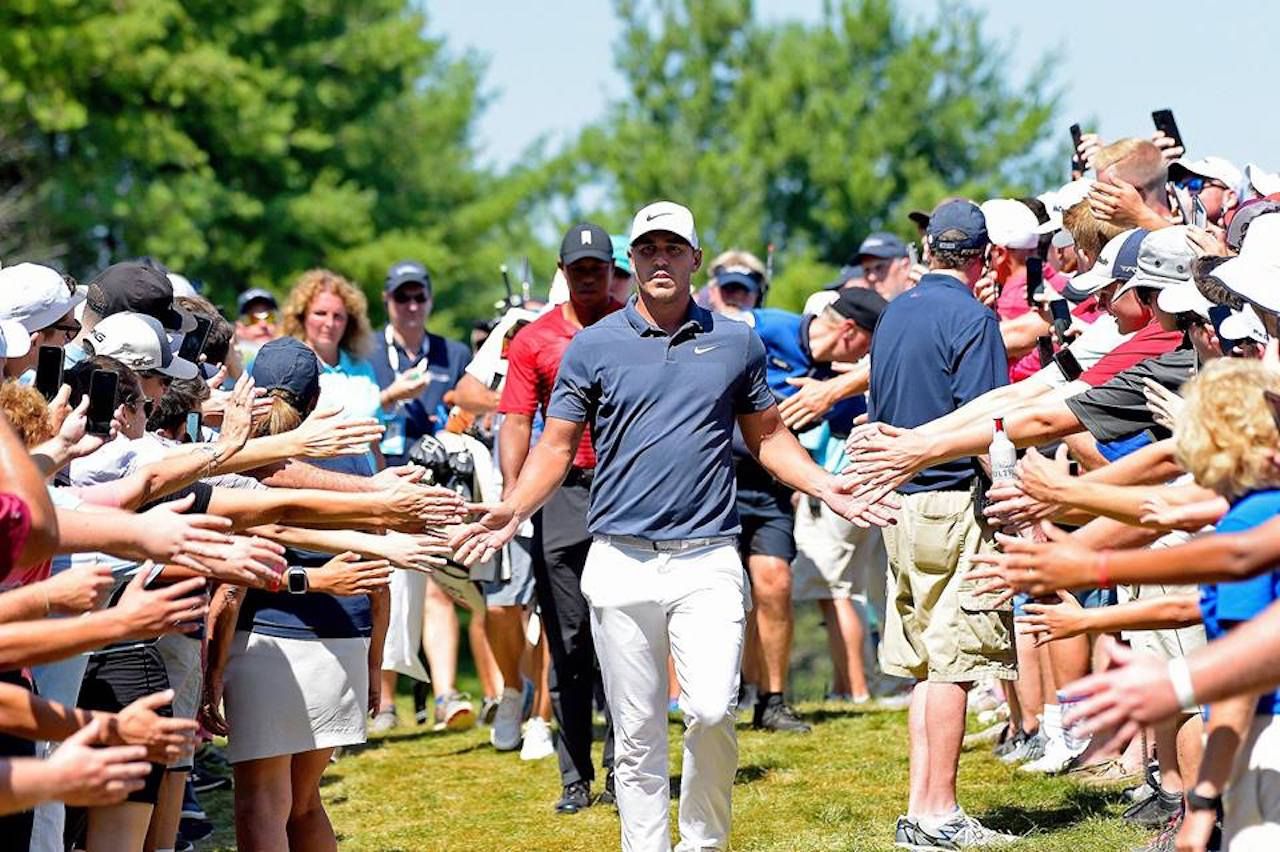 Match play is a little different than your normal golf tournament since instead of each player competing against… wait, you don’t care about golf. So no need explaining the rules. All we need to explain is that only the best players on the tour are here, so rather than strolling by a hole and casually asking who the heck MacKenzie Hughes is, chances are you’ll be pointing to the name on the scoreboard saying, “Oh, I’ve heard of HIM!” The tournament is held at the Austin Country Club where the back nine sit right along the shores of Lake Austin and a weeklong boat party rages during the tournament. Much like college football tailgates at Tennessee and Washington, boaters are invited to tie right up next to the course. Then commence with meat grilling and beer drinking like only Texans can. 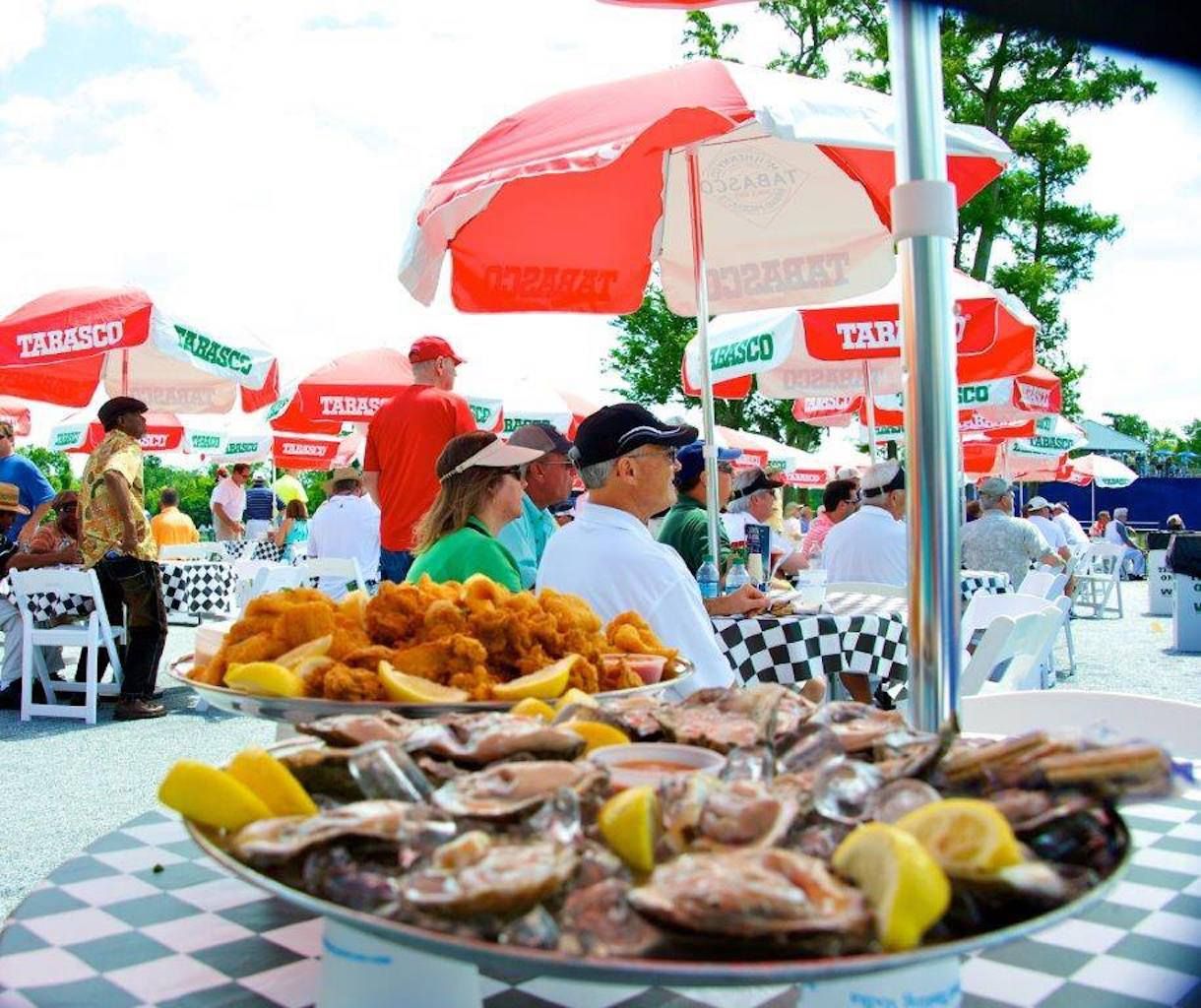 One of the biggest decisions you’ll face on any trip to New Orleans, after you’ve settled on a flavor of Pedialyte, is which of its literally hundreds of fantastic restaurants to eat in. You COULD spend hours consulting online guides and asking for local recommendations. Or you could just head to the Zurich Classic where every big name in NOLA food has a stand just begging you to sample. Legendary ACME Oyster House has its own entire venue. You’ve also got charbroiled oysters from Drago’s. NOLA Restaurant’s shaved country ham with Szechuan pepper biscuit, apple butter and red-eye gravy. Ruffino’s 72-hour braised pork cheeks. Arteries clogged yet? You’ll have no need to dine out after dining your way around this tournament, which introduced golf to the Walk-Up music to rave reviews last year. It also typically coincides with the New Orleans Jazz Festival, which you’ll be able to attend after waking up from your food coma. 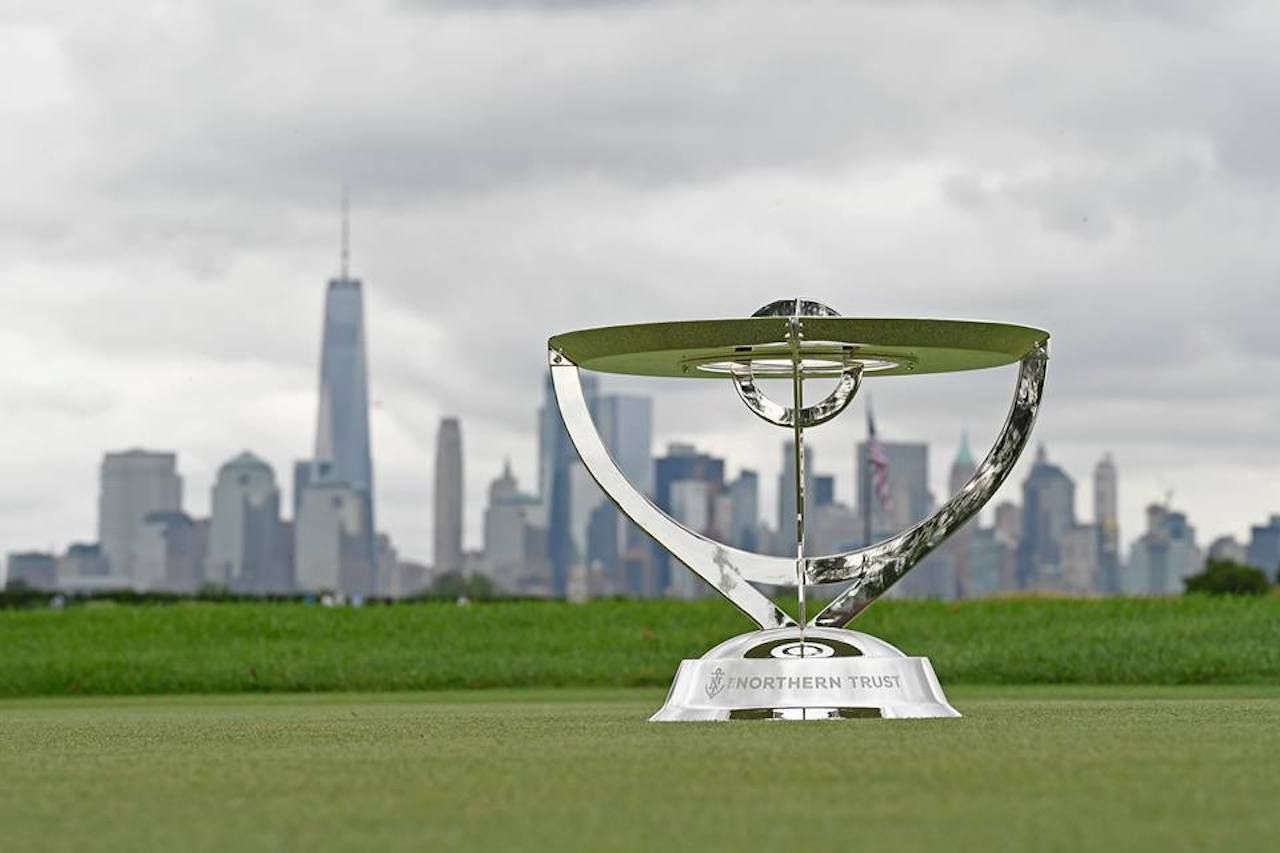 Liberty National Golf Course sits right next to Liberty State Park, home of the best viewpoint in the entire state of New Jersey. The views of Manhattan and the Statue of Liberty from the course might not be as publicly accessible as the park’s, but they are just as spectacular. And they’re made especially exciting in August when the first tournament of the PGA Tour’s FedEx Cup Playoffs hit the tri-state area. The top 125 players in the world descend on New Jersey to begin their three-tournament quest to the tour’s championship, bringing with it a playoff-like atmosphere for the entire week. For New Yorkers, it’s the perfect opportunity to get out of the city and into some relatively fresh air — and an excellent excuse to enjoy a ferry ride over the Hudson and an afternoon on the course. 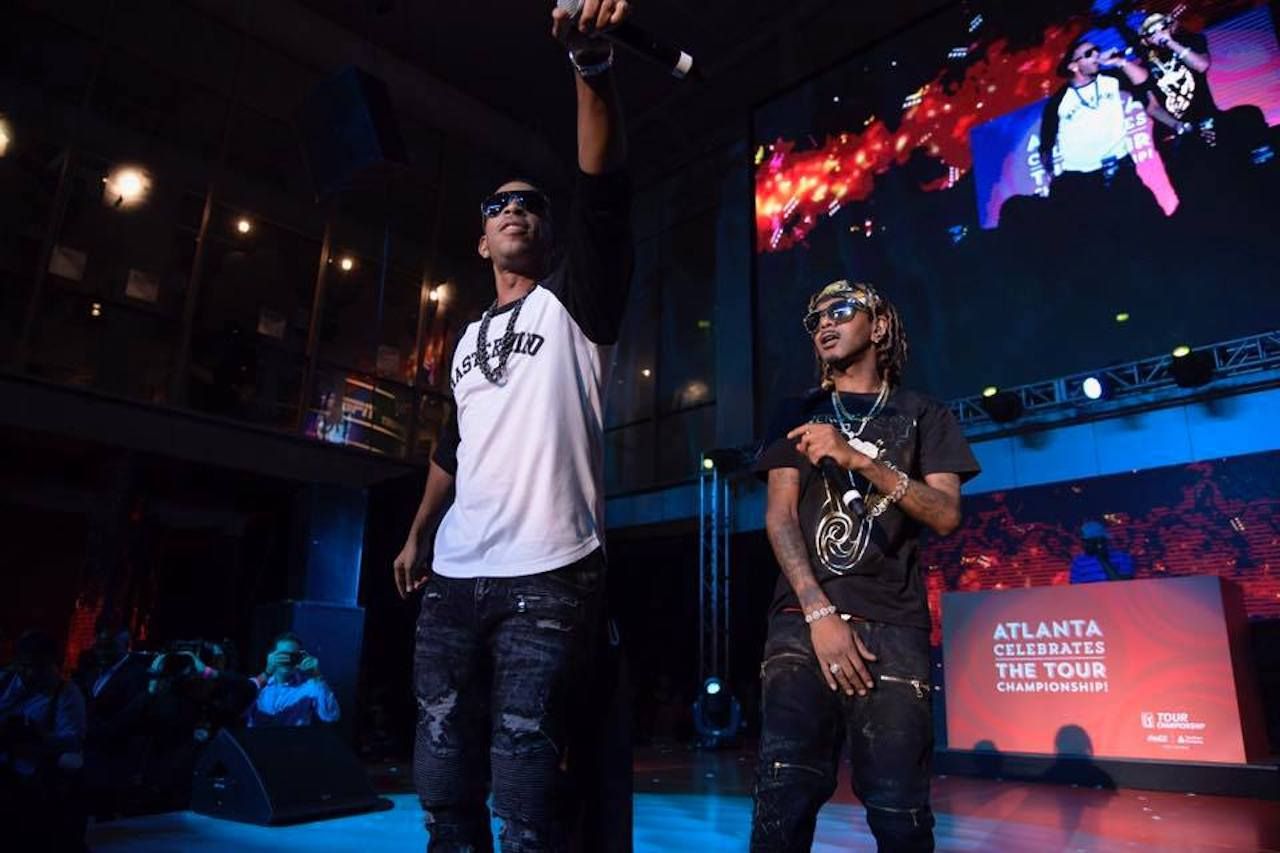 As if Atlanta didn’t have enough championship events going on this year, August brings the culmination of the FedEx Cup Playoff where the PGA Tour crowns its champion. The tour’s 30 best golfers converge on the ATL for the final tournament of the season, and though it’s the second-most famous golf tournament in the state, it’s far and away the best to attend. The tour is intent on maximizing the guest experience here, going so far as to curate itineraries for spectators based on whether they’d rather watch golf, eat, people watch, or chase their kids around, all of which are available on the PGA Tour app. On Tuesday night, the Tour Championship throws its annual Tee Up ATL concert, where local acts who’ve gone bigtime like Ludacris and Big Boi headline.

OutdoorThe Home of American Golf Is in North Carolina. Here’s How To Experience It.
Tagged
Events Insider Guides United States
What did you think of this story?
Meh
Good
Awesome