For a destination that’s so beloved by beachgoers, it’s a wonder Mexico’s islands don’t get more press. Between the Pacific Coast, the Gulf of California, and the Gulf of Mexico, Latin America’s third-largest country lays claims to around 100 islands. Some are remote and uninhabited; others have beach bars, boutique resorts, historical sites, and Indigenous settlements. Whether you’re traveling solo or with kids, prefer surfing or scuba diving, or you just want to throw back Tecates on the beach, Mexico probably has an island that’s right for you.

The best island in Mexico for big appetites and big budgets: Isla Holbox 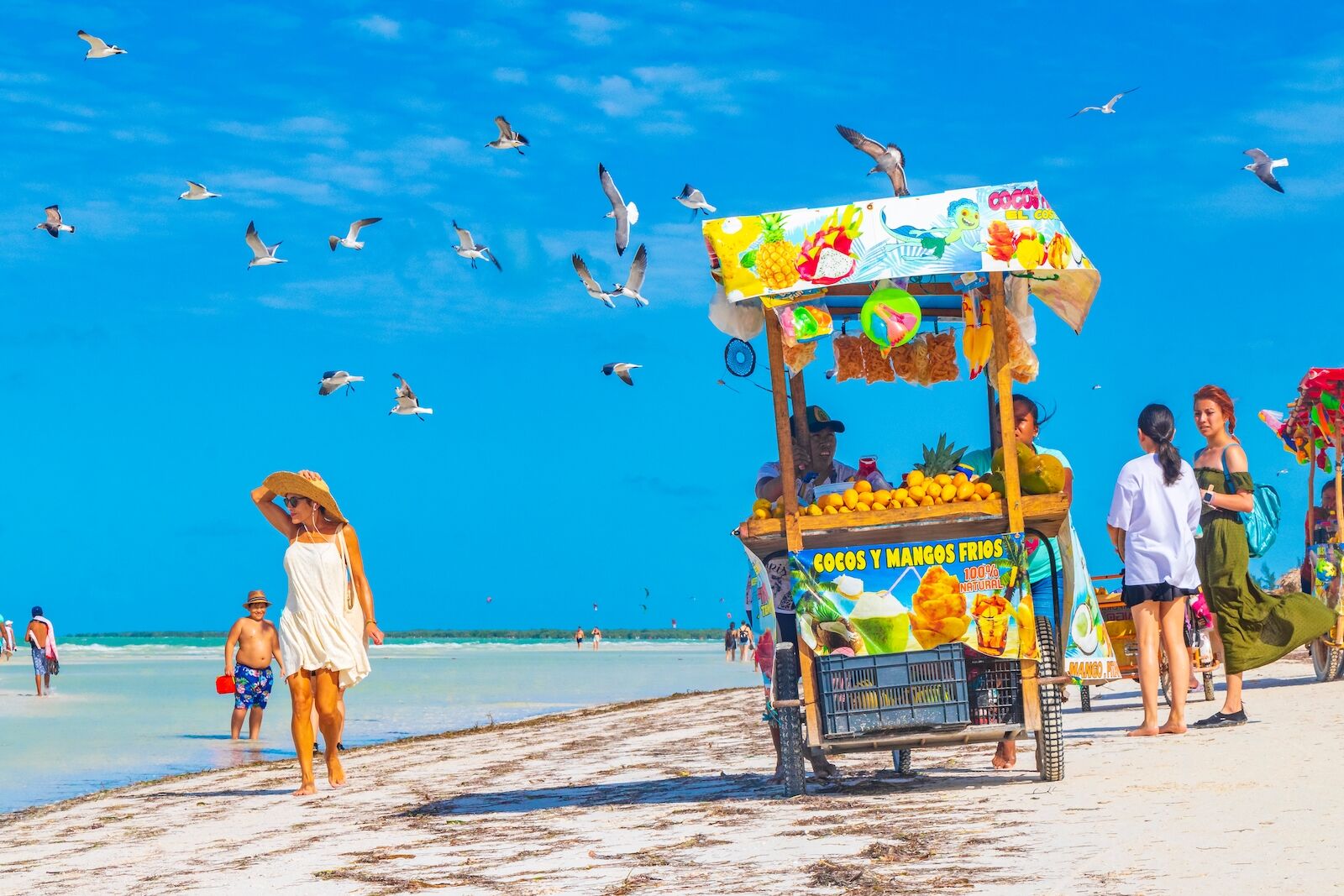 Isla Holbox has become one of the hippest islands in Mexico among those looking to trade in the brasher resorts for something more laid-back and bohemian. With this popularity has also come boutique hotels at higher price points than you’ll see on many other Mexican islands — up to $300 per night if you’re feeling spendy.

Good food, on the other hand, is ubiquitous and affordable. Despite the sushi joints and brunch spots that’ve made their way to the island, Holbox’s most coveted bites are all relatively cheap eats — think tacos al pastor and, surprisingly, lobster pizza. Between meals, walk the blindingly white coastline, check out the wildlife in the Yum Balam biosphere reserve, and try a different water sport every day.

The best island in Mexico for solo trips and remote work: Cozumel 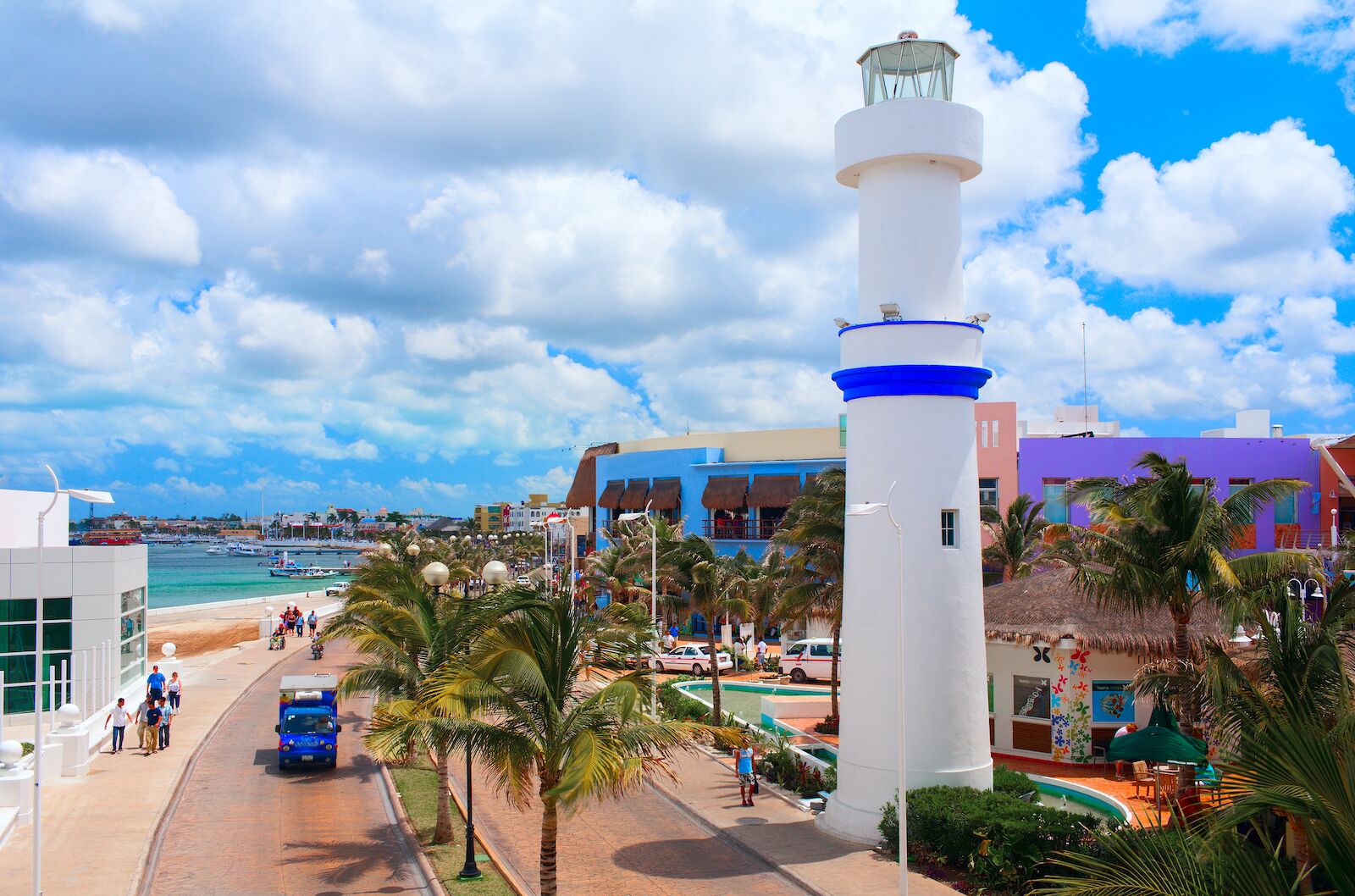 Cozumel has some of Mexico’s best scuba diving, but it’s also an expat hub with everything digital nomads need to stick around for longer than a dive trip. Long-term vacation rentals are easy to find, internet speeds are solid, and there’s a new restaurant around every corner, from chains like Señor Frog’s by the cruise ship pier to little taquerias far from the main drag. There’s some nightlife, but with Playa del Carmen a quick ferry ride away, that’s your best bet for a rowdy staycation. Alternately, when you want to play tourist on the island, rent a scooter and visit Cozumel’s Mayan ruins and the Punta Sur Eco Beach Park.

The best island in Mexico for surfing: Isla Todos Santos 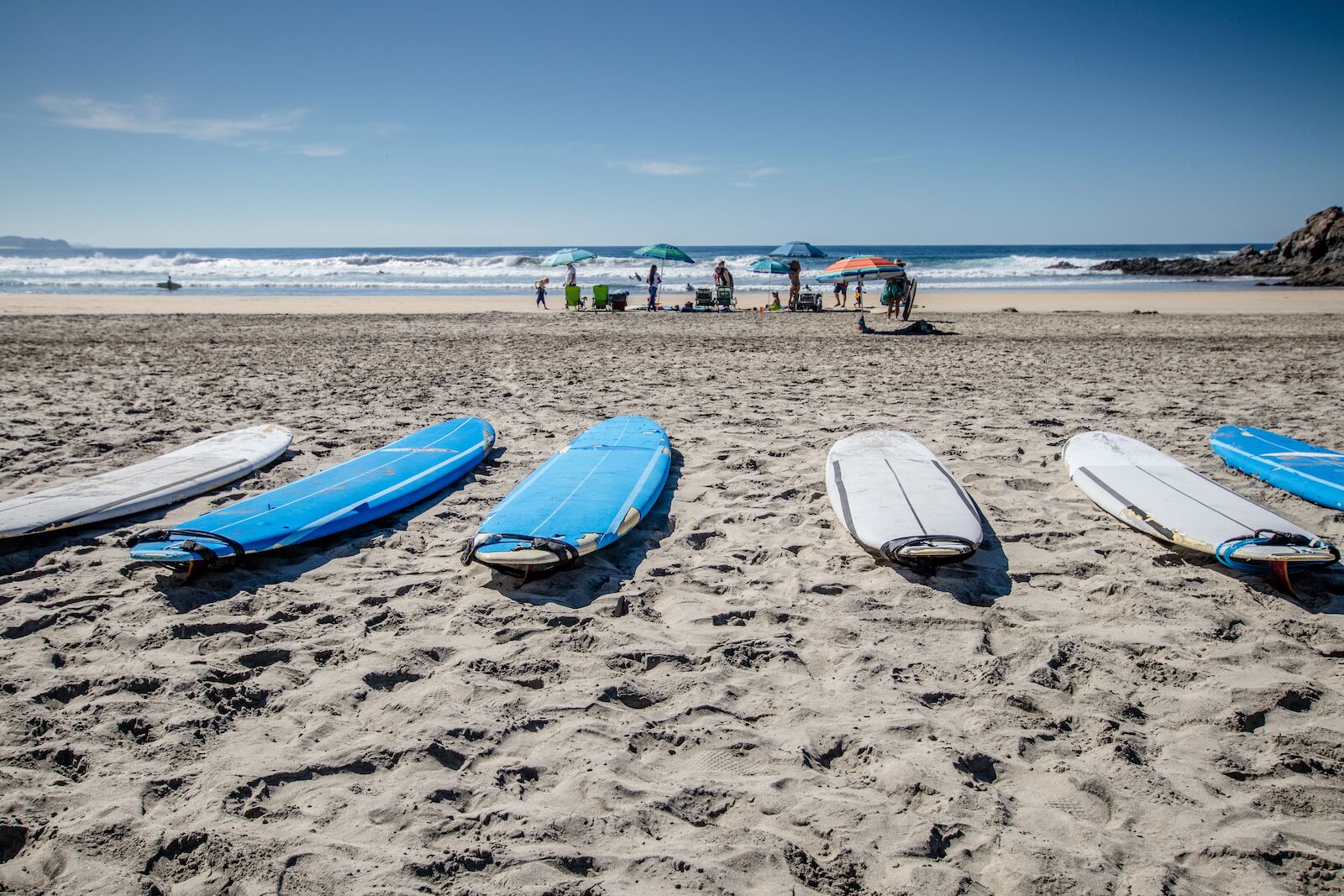 Not to be confused with the town of Todos Santos farther south, this island off the coast of Ensenada in Baja California has famously major swells. According to the Save the Waves Coalition, Mexico’s whole surf scene started in Ensenada, and the Bahía de Todos Santos is the country’s first World Surf Reserve. Big wave breaks like Killers on Isla Todos Santos can reach up to 60 feet, but don’t let that dissuade you if you’re new to the sport — you’ll also see smaller point and beach breaks that are beginner friendly. Winter is the best time to come if you’re a big wave surfer, but the island’s surf stays steady year-round.

The best island in Mexico for ecotourism: Islas Marietas 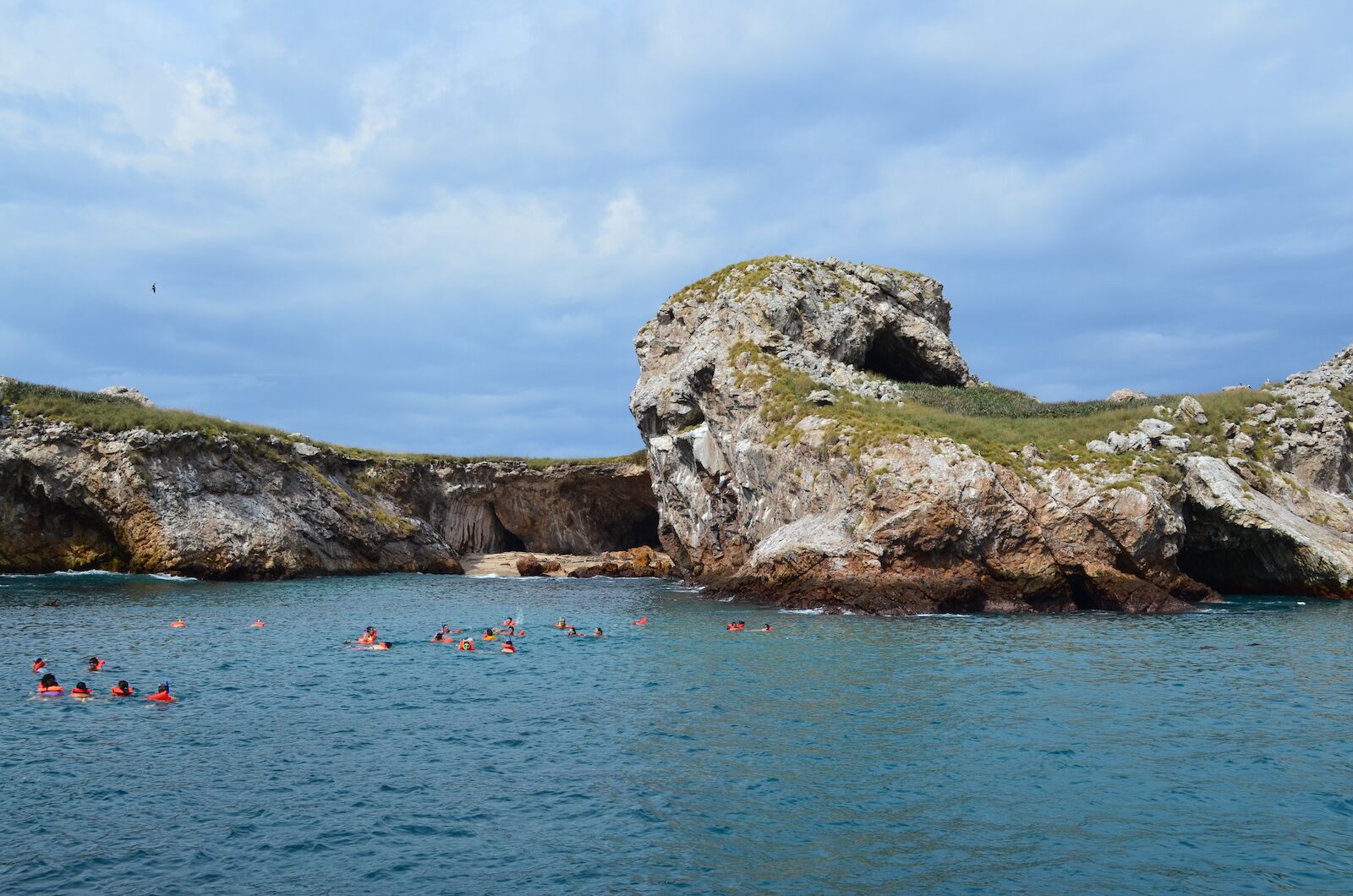 Playa del Amor recently made Matador’s list of underrated beaches in Mexico, but that particular cove is just one of many reasons to visit the Marieta Islands — especially if you have a soft spot for conservation. Sometimes referred to as Mexico’s Galapagos due to its blue-footed boobies and other seabirds, the Marieta Islands are located in Banderas Bay off the coast of Nayarit. The archipelago is actually two islands and a handful of islets, which became a national park in 2005 and a UNESCO Biosphere Reserve in 2008. Several ecotour operators host excursions to the islands from Puerto Vallarta, located an hour away, and Punta de Mita, which is just 20 minutes away by boat.

The best island in Mexico for late nights and rejuvenating days: Isla Mujeres 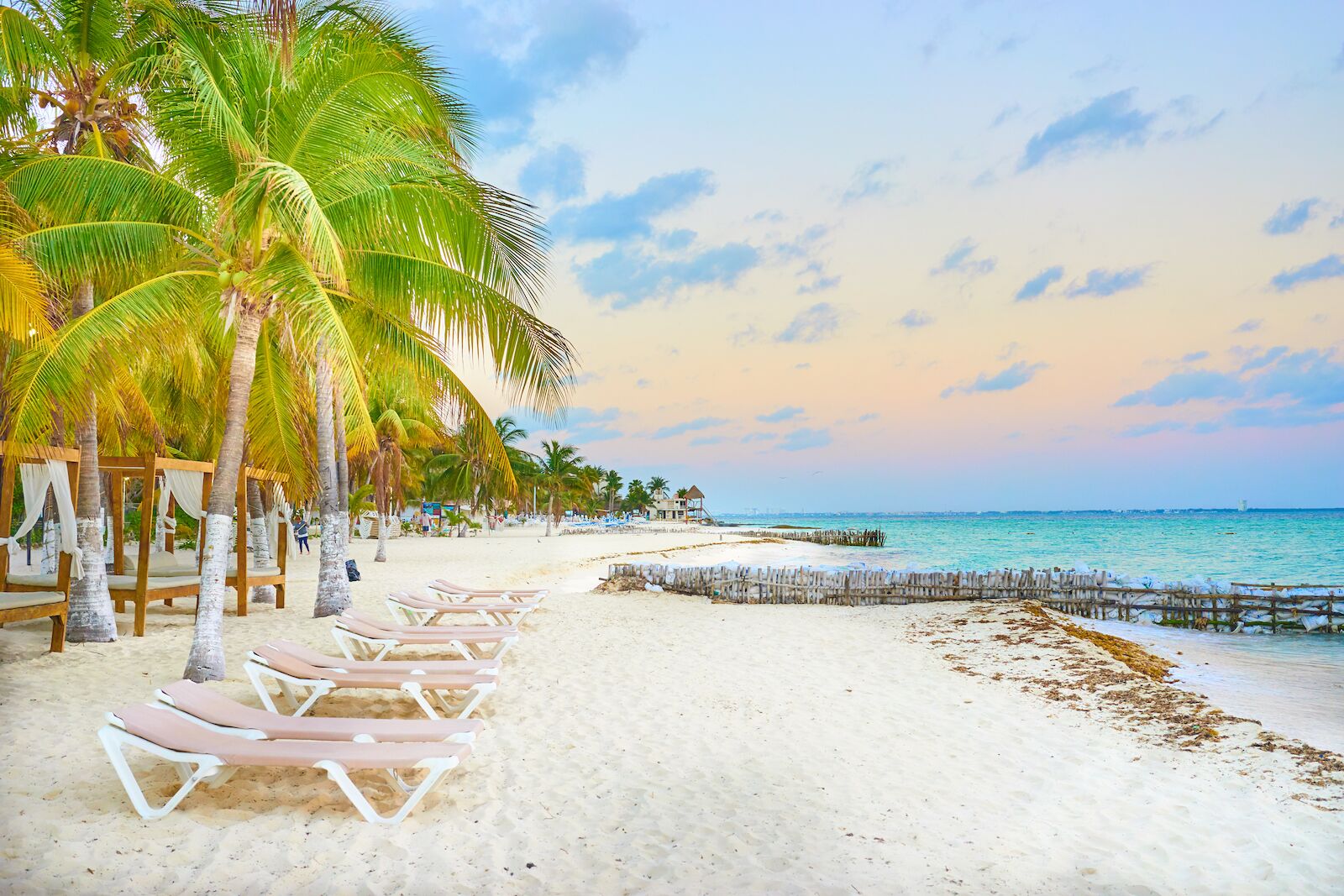 If you’re going to Mexico to get wild, stick to the mainland party magnets. If you’re looking for low-key island vibes with a sprinkling of nightlife, go to Isla Mujeres. Located roughly 15 minutes from Cancún via the Ultramar ferries that depart every half-hour from dawn until dark, Isla Mujeres has a main artery, Avenida Hidalgo, that’s well-trodden for both drinkers and diners. Evening activities generally kick off at Playa Norte around sunset when popular haunts like Green Demon start turning things up as the sun goes down. Just don’t expect to be out all night, as things tend to close on the earlier side.

In the event you do wind up with a hangover, Isla Mujeres also has a wellness scene that’s sure to clear up even the wickedest headache. There are several yoga centers and organic or vegan restaurants scattered around the island that you can shuffle between via golf cart, which is the preferred method of transport on the island.

The best island in Mexico for quality couple time: Mexcaltitán 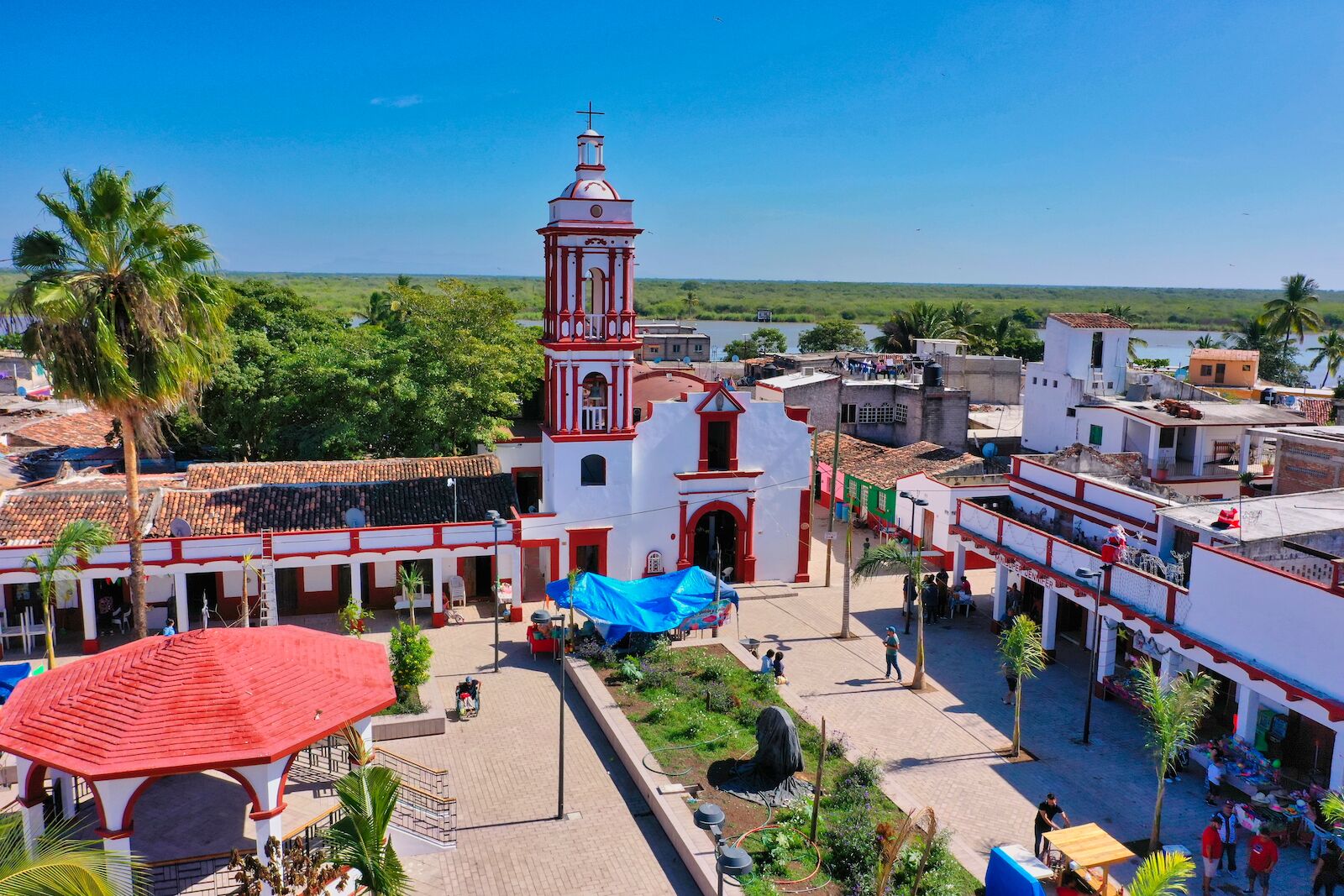 The nickname “Mexico’s Venice” may be tongue in cheek due to the fact that Mexcaltitán’s streets get so flooded during the rainy season that locals canoe down them like canals. But like its Italian nicknamesake, there’s something romantic about this Riviera Nayarit island. It might be the lack of cars, colorful houses, or charming central plaza. It could also be the belief that this small human-made island north of San Blas is the ancestral home of the Aztecs. Whatever the reason, even the Mexican government was enchanted by Mexcaltitán when it named the island a Pueblo Mágico, or Magical Town, from 2001 to 2009 and again in 2020.

The best island in Mexico for scuba diving: Socorro Island 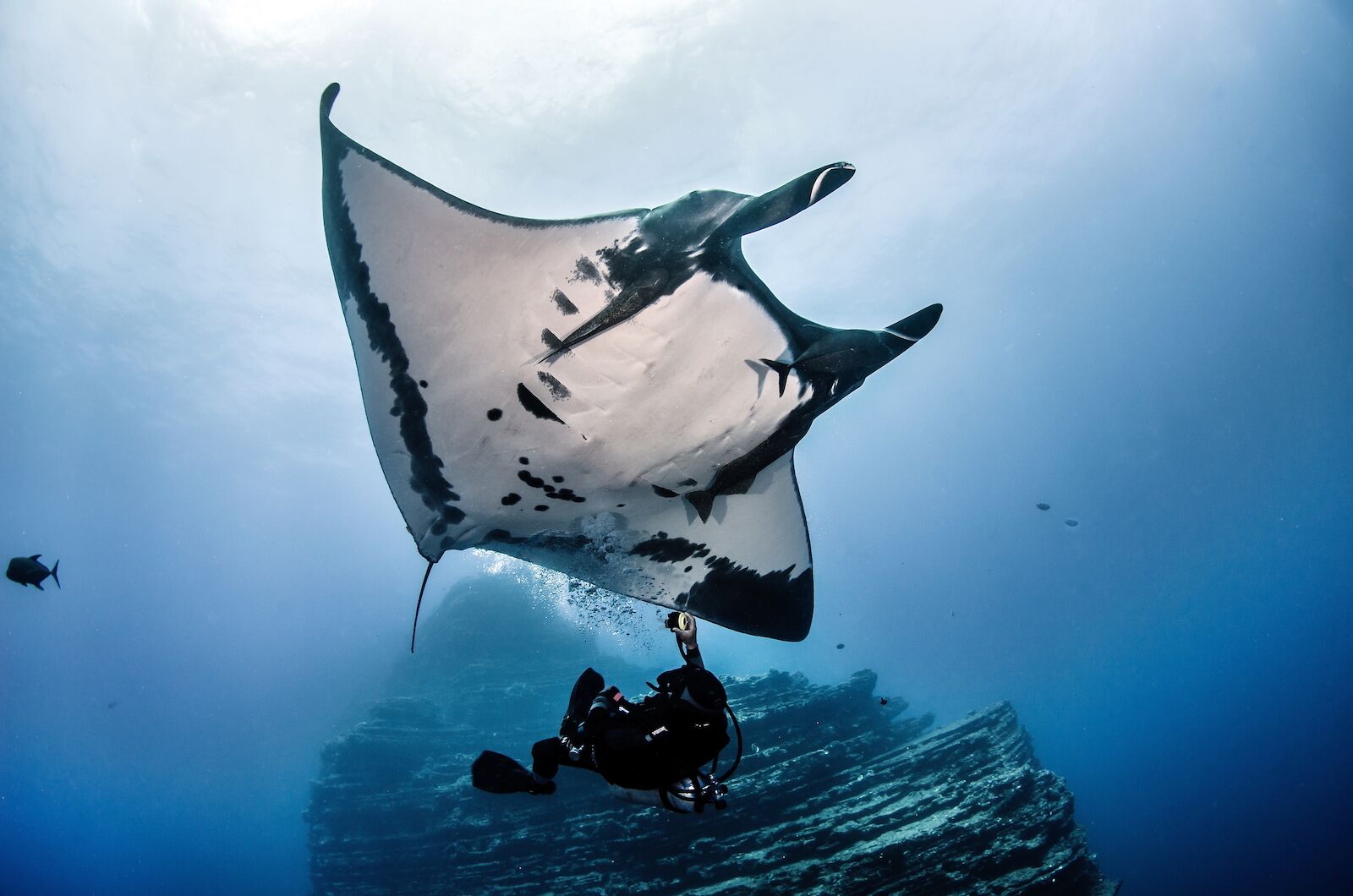 Off the southern tip of the Baja California Peninsula, there’s a volcanic archipelago that received a UNESCO World Heritage Site designation in 2016. The largest of these Revillagigedo Islands is Isla Socorro, which has waters that are the stuff of legend for scuba divers. Manta rays, bottlenose dolphins, and humpback whales all swim here and often playfully approach divers, as do seven shark species including whale sharks, hammerheads, and white tip reef sharks.

Because of the strong currents, PADI recommends that only advanced divers make the trip to Socorro Island, which is only possible via liveaboard boats departing from Cabo San Lucas or San Jose Del Cabo. November through May is ideal when the seas are calmest to sail there.

The best island in Mexico for a family vacation: Isla Ixtapa 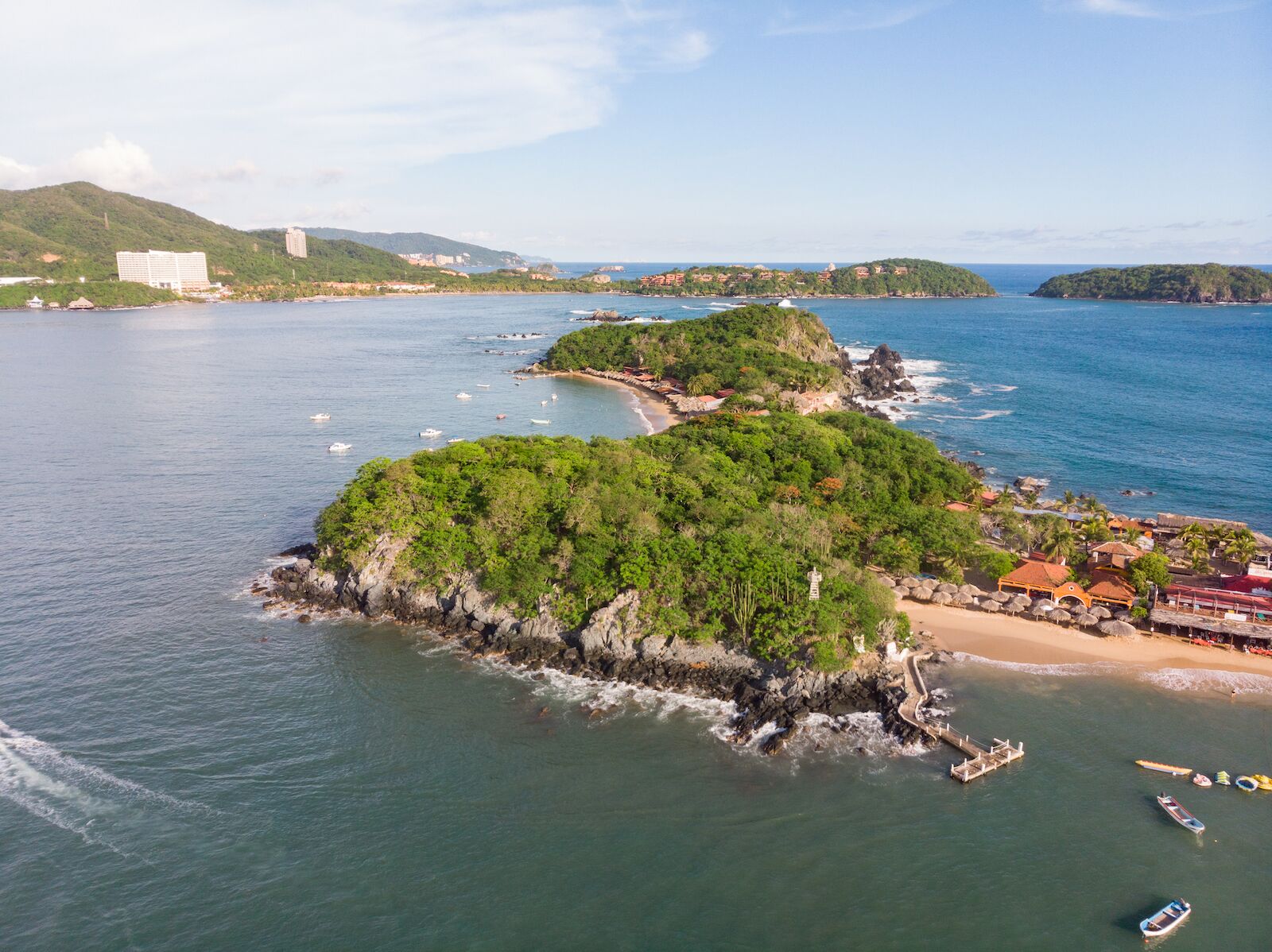 The resort stretch of Ixtapa-Zihuatanejo needs no introduction. It’s been a go-to holiday destination on Mexico’s Pacific Coast for decades, with attractions ranging from golf courses to a dolphinarium to entice all types of travelers, families included. Isla Ixtapa is not as well known until you touch down in the Mexican Riviera where it’s advertised as the number one day trip from Ixtapa.

It only takes a few minutes to reach the island from Playa Linda on the mainland, which alone makes it an excellent choice if you’re traveling with kids. Once there, you’ll appreciate how calm the waters are, how good the snorkeling is straight from the shore, and how many no-fuss seafood shacks there are to make sure no one in the family gets hangry.

The best island in Mexico for a history lesson: Isla de Mezcala 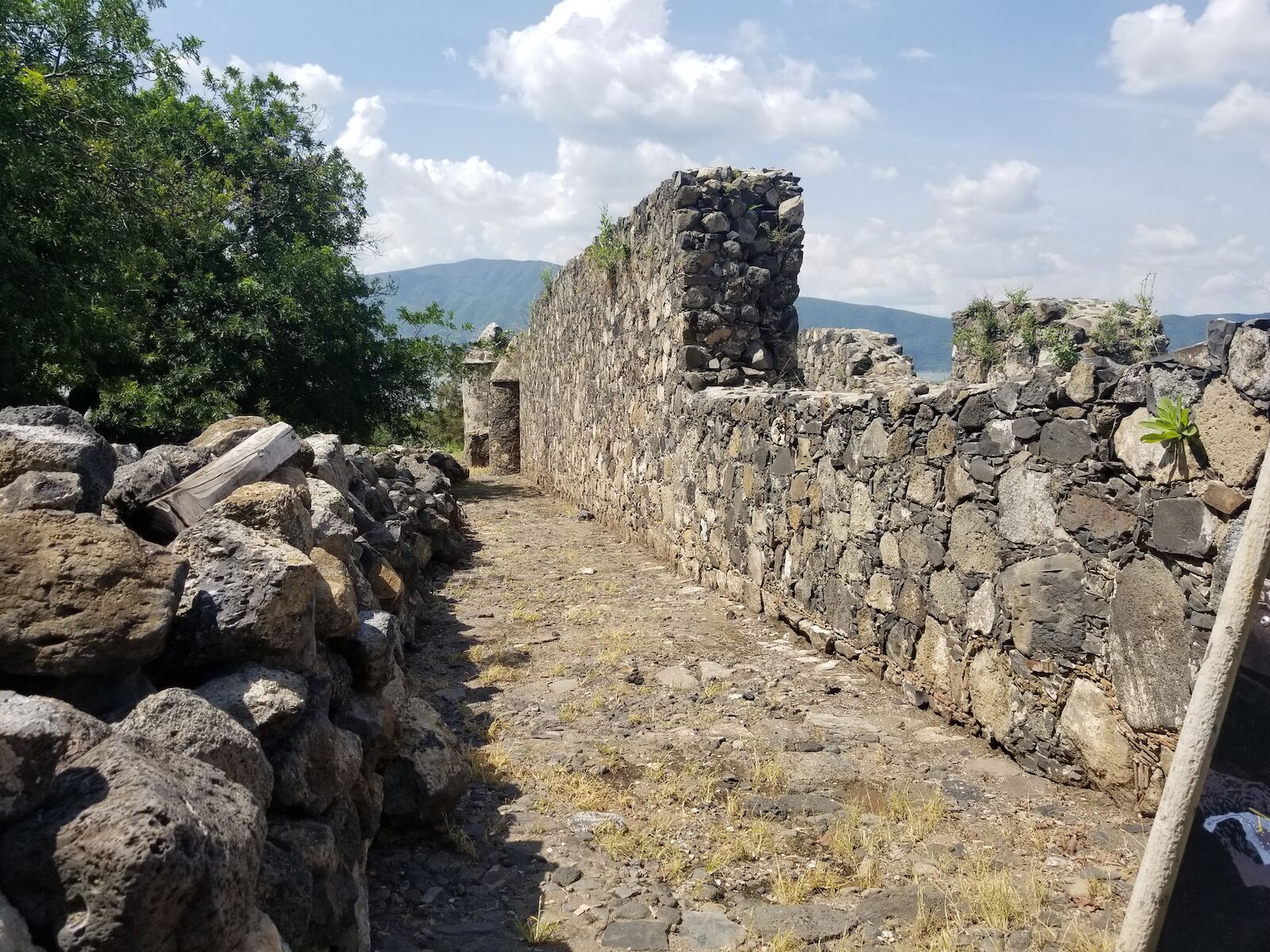 In the early 19th century, Isla de Mezcala was the site of several battles during the Mexican War of Independence. Today’s visitors can tour former military battlements where local soldiers fought off the Spanish. But these ruins only tell the story of the island’s relatively recent history. Isla de Mezcala is also archeologically rich with pre-Columbian artifacts that hint at the lives of its early inhabitants, from ancient ceramics to early tools that were carved out of obsidian.

Among the sights to see while you’re touring the island — which is located in Lake Chelapa, Mexico’s largest freshwater lake — are the ruins of the central fort, the old barracks, the Chapel of La Isla de Mezcala where Indigenous peoples prayed to the Virgin of San Juan de los Lagos, and the current location of a sculpture constructed as an homage to the virgin under the island’s Tree of Life.

The best island in Mexico for kayaking and paddle boarding: Isla Espíritu Santo 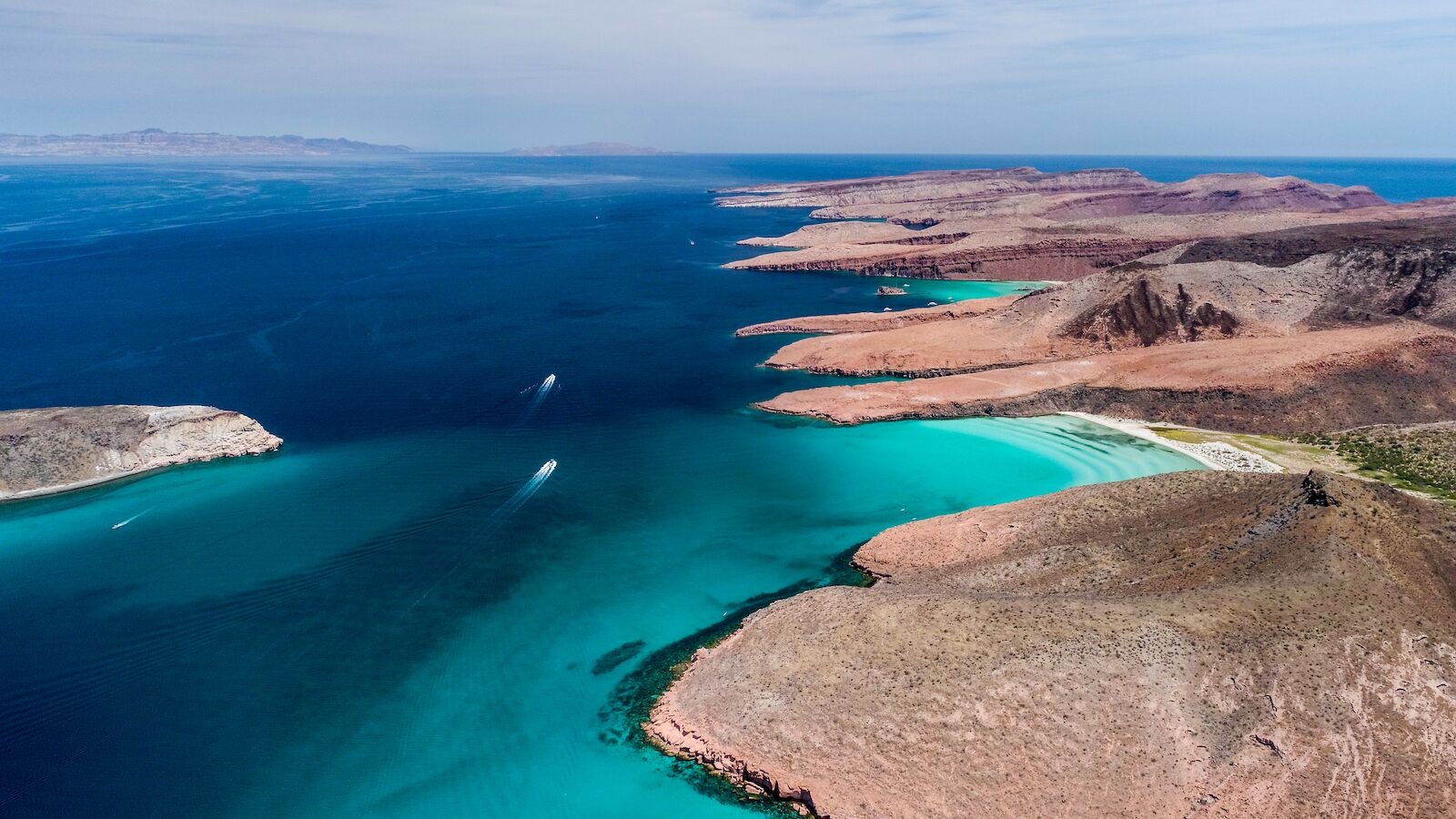 Rarely do the world’s prettiest places live up to the photos that advertise them. With its impossibly clear waters and rocky, unsullied backdrop, Isla Espíritu Santo does. The UNESCO-protected island is only accessible by kayak or boat, which you can easily charter in nearby La Paz. Whether you decide to spend an afternoon paddleboarding around the island’s perimeter or choose to book a sea kayak adventure that includes a few nights of camping on the island, Isla Espíritu Santo is not to be missed. Either way, pack some snorkel gear and keep an eye out for sea lions, sea turtles, and reef fish while you’re there.

The best island in Mexico for nature and wildlife: Isla Contoy 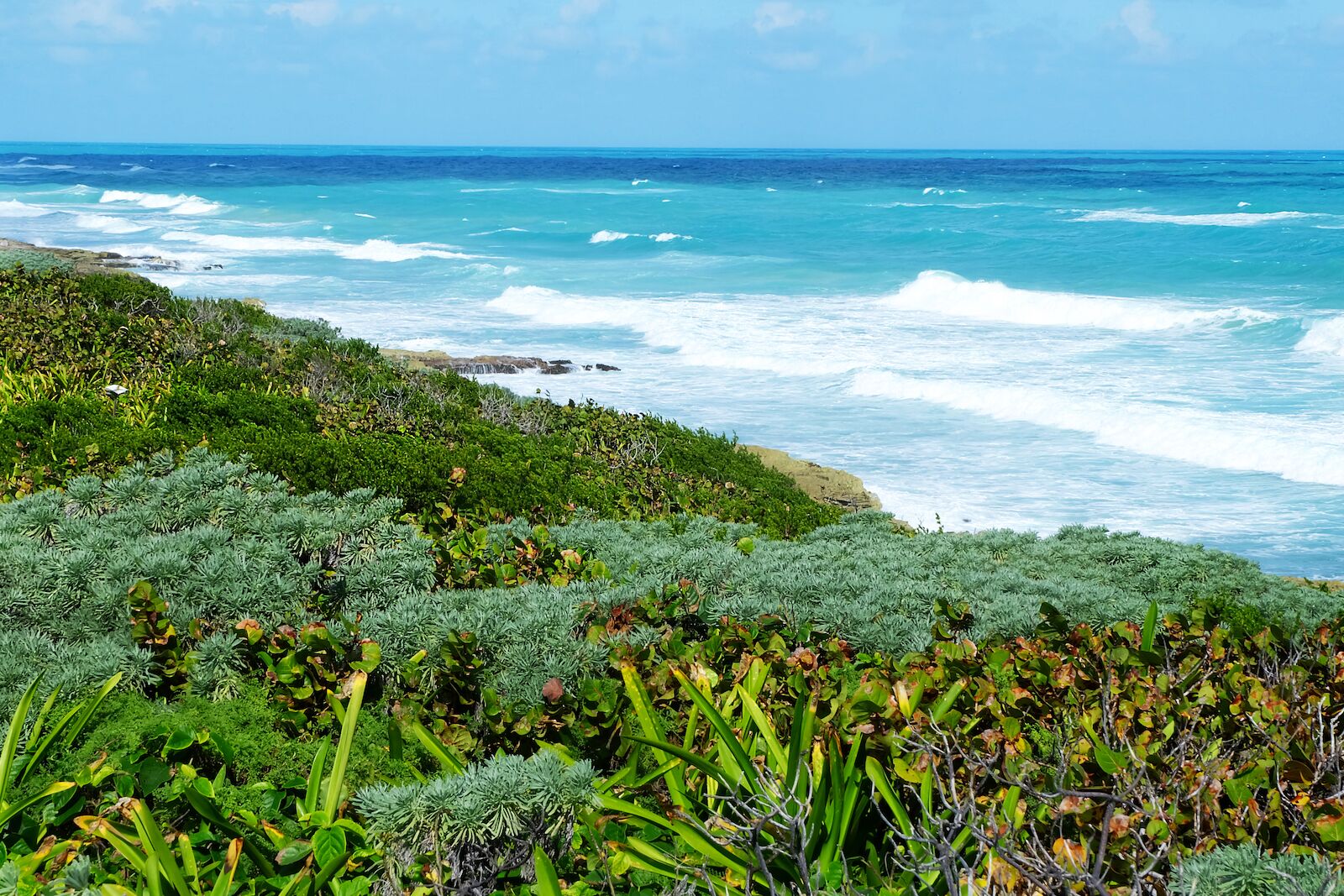 A few miles north of Cancún, Isla Contoy is small but mighty. It spans a little over one square mile but was named a national park in 1998 owing to its vast and prolific biodiversity, notably four species of sea turtle and more than 150 bird species. The island’s wildlife is so precious, in fact, that only 200 people are allowed to visit per day. That means that you’ll need to book a tour through a certified operator in Cancún, Puerto Morelos, or Isla Mujeres, where many tours make pit stops anyway. Once on the island, you can only stay for the day, so plan to get there early if you want to explore the coastal dunes, mangrove forests, coconut palms, and modest museum overviewing the island’s pre-Hispanic heritage, and still have time to enjoy the white sandy beaches.

The best island in Mexico for Indigenous culture and handicrafts: Isla de Janitzio 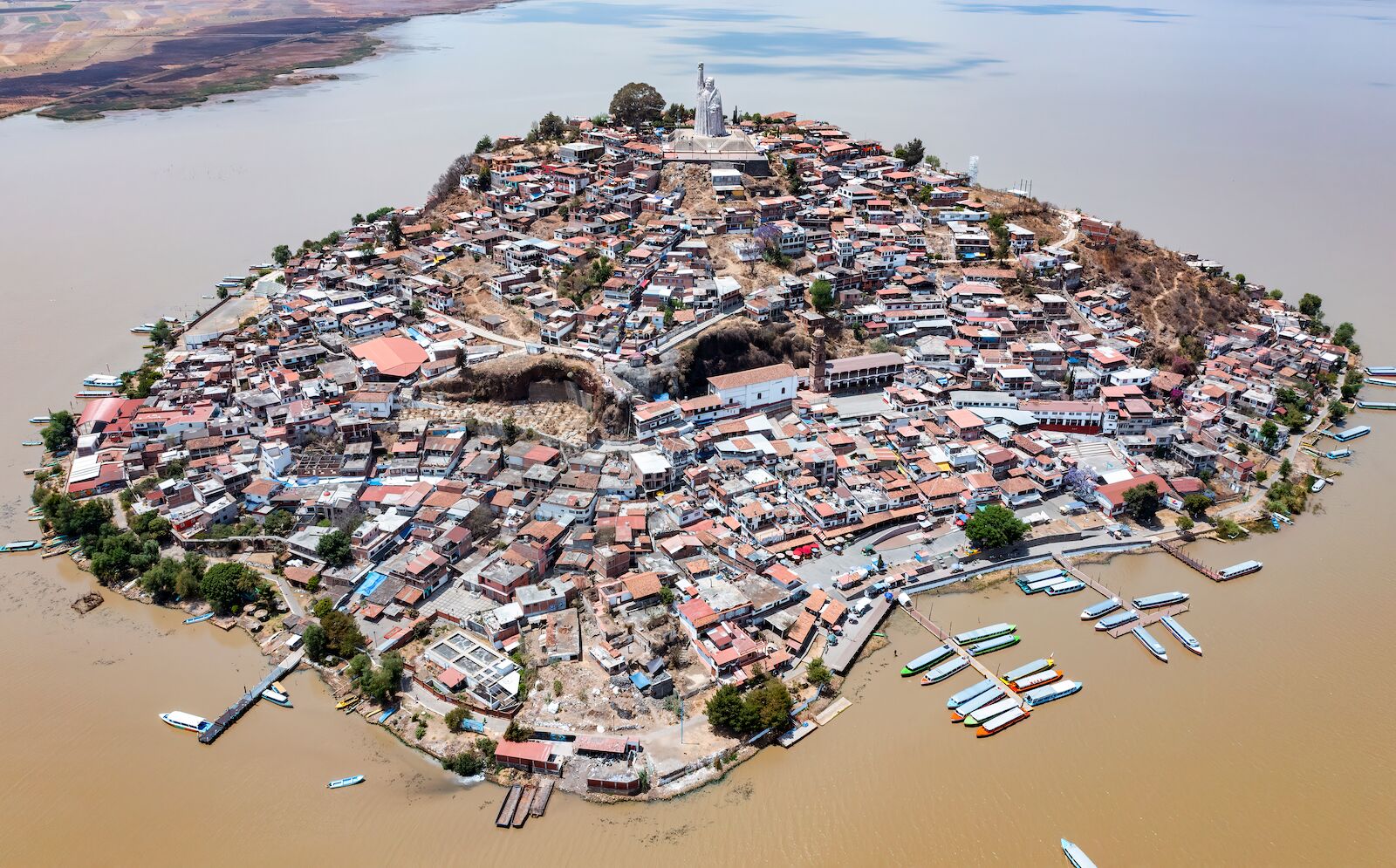 The first thing you’ll notice as you approach Isla de Janitzio while boating across Lake Pátzcuaro in Mexico’s state of Michoacán is its 130-foot statue of José María Morelos, a priest and revolutionary icon from the Mexican War of Independence. Yet on the island, it’s the Indigenous Purépecha people who drive the local culture. The Purépecha first settled in Michoacán in the 14th century and, according to legend, designated Janitzio as the center of their kingdom when the daughter and son-in-law of King Tzintzicha made it their home.

Today, the island is known for two things outside of its statue and Indigenous inhabitants: the fishermen who cast large butterfly nets into the lake, and the annual Día de Muertos celebrations. If you happen to be visiting at the start of November, hop on one of the candlelit boats that’s beckoned to the island by church bells to partake in the Feast of the Souls, sugar skull offerings, and the rest of the Day of the Dead revelry.