Few cities in America combine the allure of a luxurious vacation with unapologetic tourist traps quite like Miami. For every postcard-perfect beach and provocative art installation, there’s a promoter hocking “VIP” club packages and a restaurant charging $50 for a bowl of spaghetti. So knowing which Miami tourist attraction is worth your time and money, and what’s a classic Miami scam, is crucial. 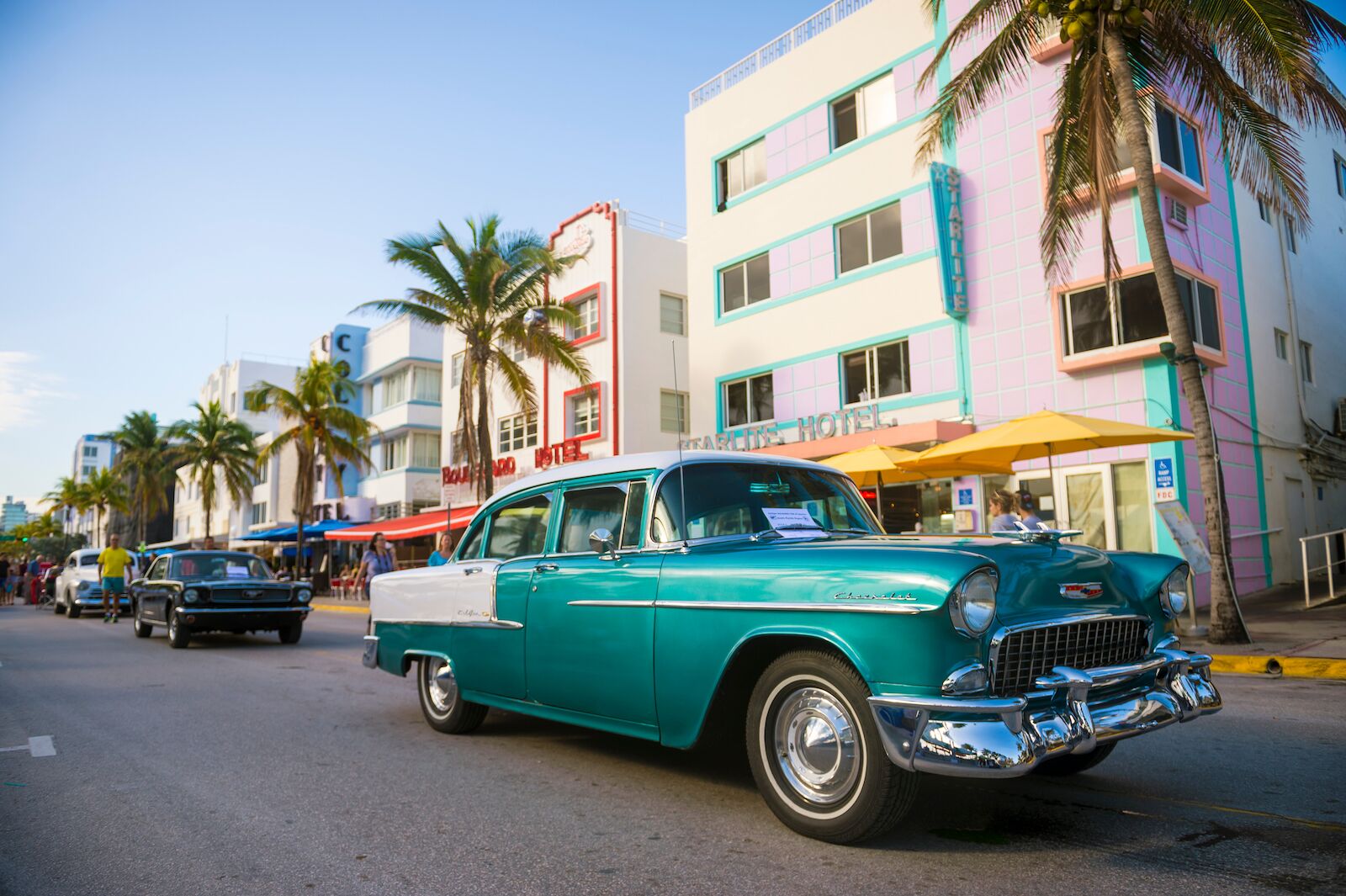 Miami locals tend to avoid Ocean Drive like they avoid ice scrapers and income taxes. In doing so, they’re taking the largest collection of art deco buildings in the world for granted. The stretch of pastel and neon hotels that runs along the beach from 5th Street to 14th Street is one of the most architecturally distinctive stretches of road in America, and it’s worth a stroll even if you aren’t trying to down three-for-one margaritas the size of your head.

While the street is certainly full of tourist trap restaurants, spots like Cafe Americano, A Fish Called Avalon, and LT Steak and Seafood are legitimate destination dining. You’d also be remiss to skip the venerable Clevelander, a staple party spot where you can sip on Miami Vices and watch the poolside mayhem unfold. 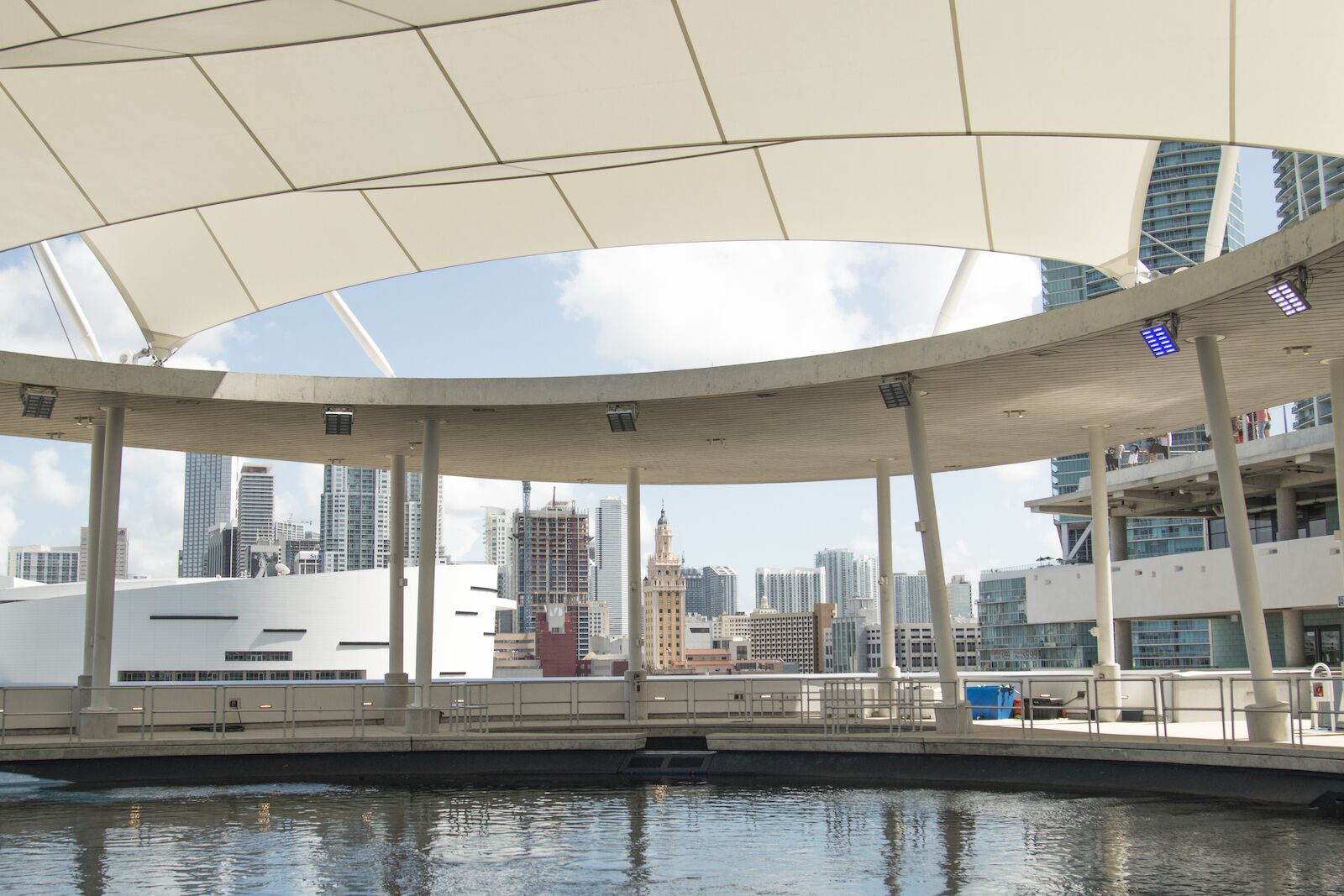 The Frost Science Museum is a combination aquarium and science museum that might be the best way to learn about Miami while still stoking your Insta feed. Start on the top floor, which has a panoramic view of the city skyline and port beyond, then stroll through a mocked up Everglades before staring down into the multi-story aquarium. The Royal Caribbean Vista also gives you a chance to pet stingrays and glimpse a rare Roseate Spoonbill.

Venturing downstairs is like walking through an air conditioned coral reef, finishing in front of the Oculus, a ground floor look-up into the aquarium where you can take a selfie with hammerhead sharks. The Frost also has a hall of rotating exhibits, and entire galleries devoted to mammoths and the history of flight. 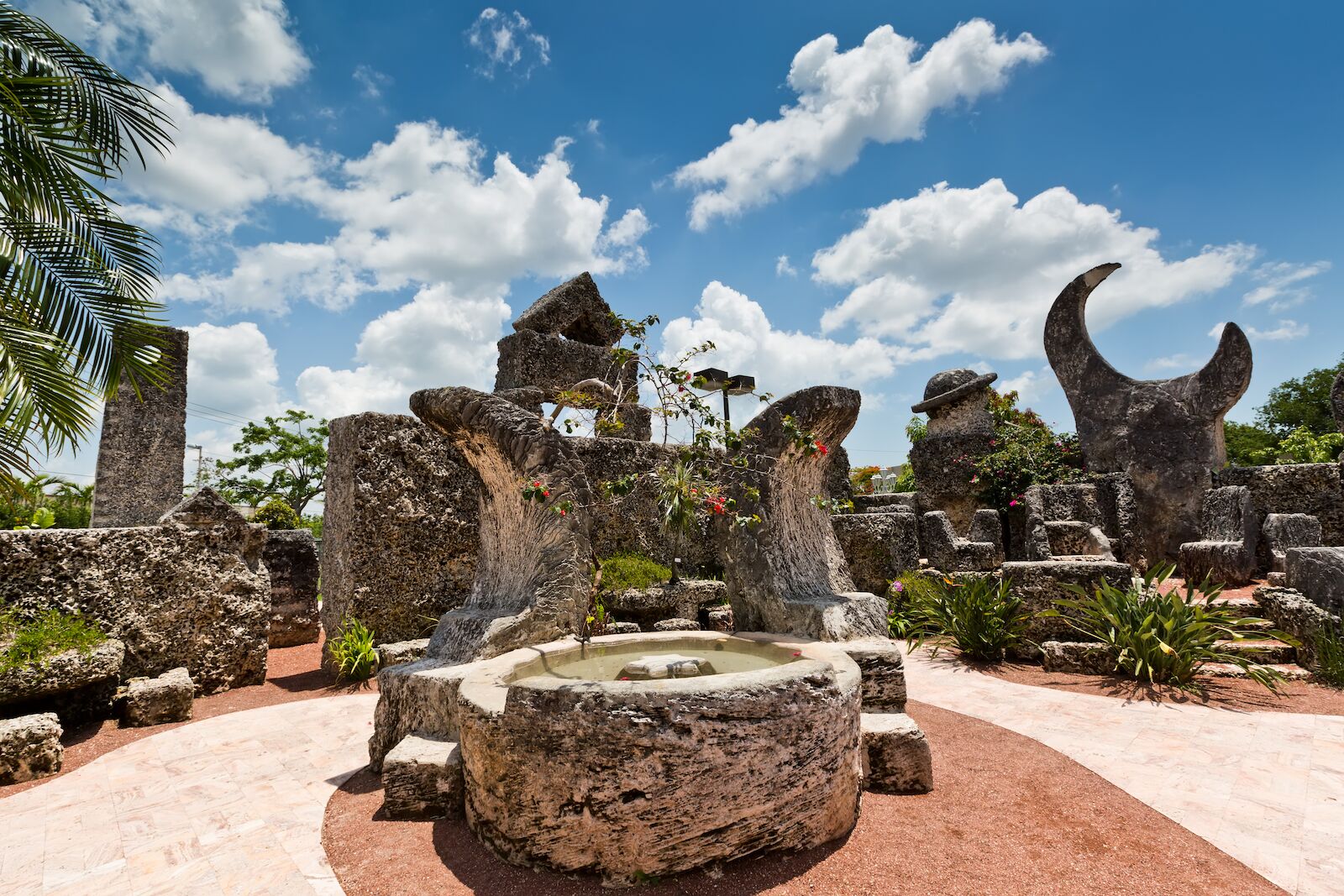 Perhaps the most curious Miami tourist attraction is the Coral Castle. It’s not so much a castle as a fort and sculpture garden made entirely from coral and limestone. But what’s most impressive about this rock palace is that the entire thing was constructed by one man between 1923 and 1951: the superhuman Ed Leedskalnin. How he built it is still a Miami mystery, but the nine-ton gate, Polaris telescope, and working rocking chairs all help make this the greatest man-made wonder in South Florida. 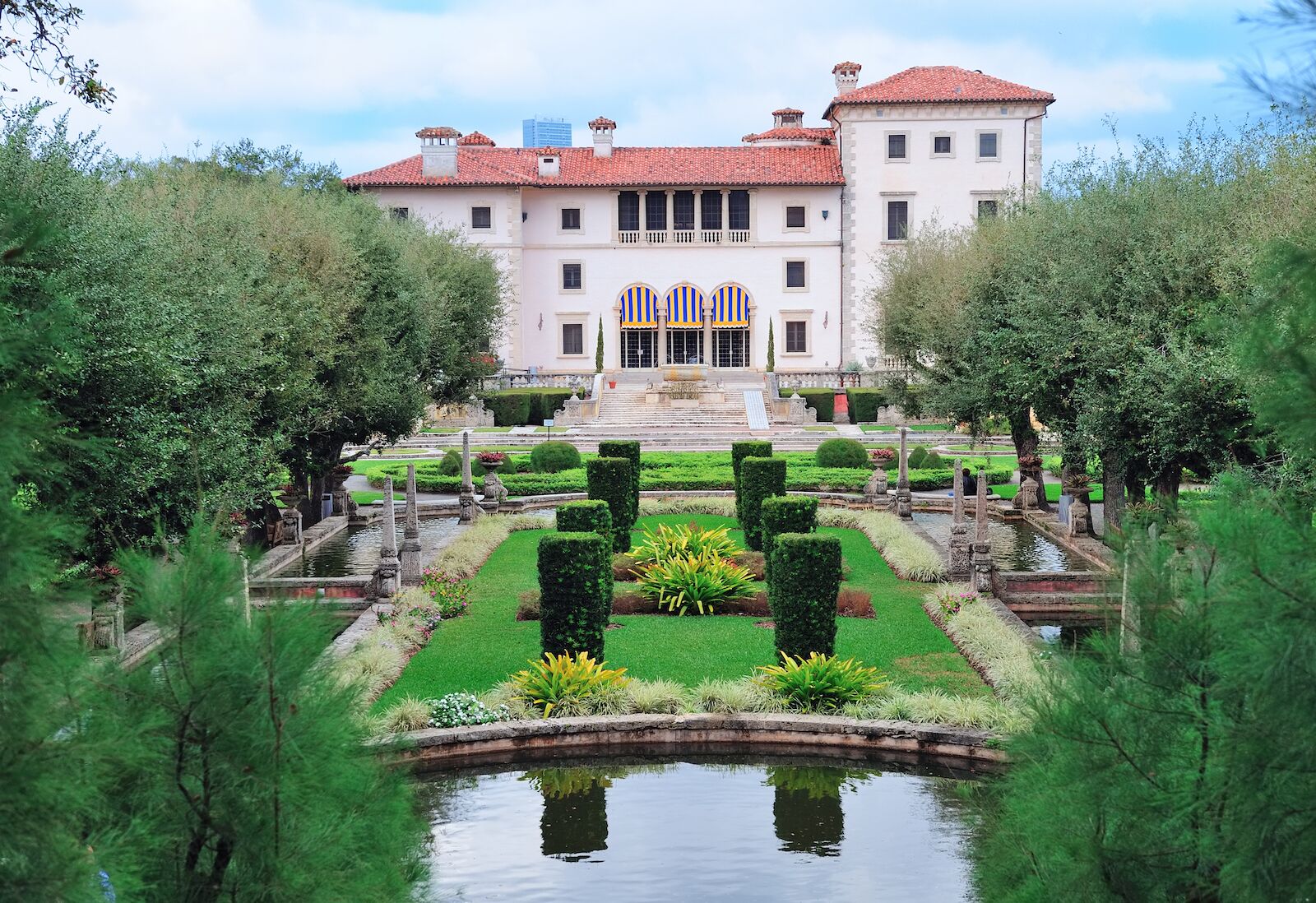 The former home of early 20th century industrialist John Deering is a marvel of architecture and engineering. Vizcaya Museum and Gardens is a 54-room, 45,000-square-foot bayfront mansion was modeled after the great castles of Europe, complete with three-foot walls and 180 acres of ornate gardens. It also has a small, sculpture-lined barge sitting just across the water from the main house, as well as countless artisan ceilings and tapestries from around the world. There’s also an orchid garden, an indoor-outdoor pool, and a kitchen that was far ahead of its time.

Do yourself a favor and spring for the guided tour to learn the backstory of the place, then take an hour or so and stroll around the gardens. Drink plenty of water, especially if you come during the summer. Bug spray and comfortable clothes are never a bad idea. 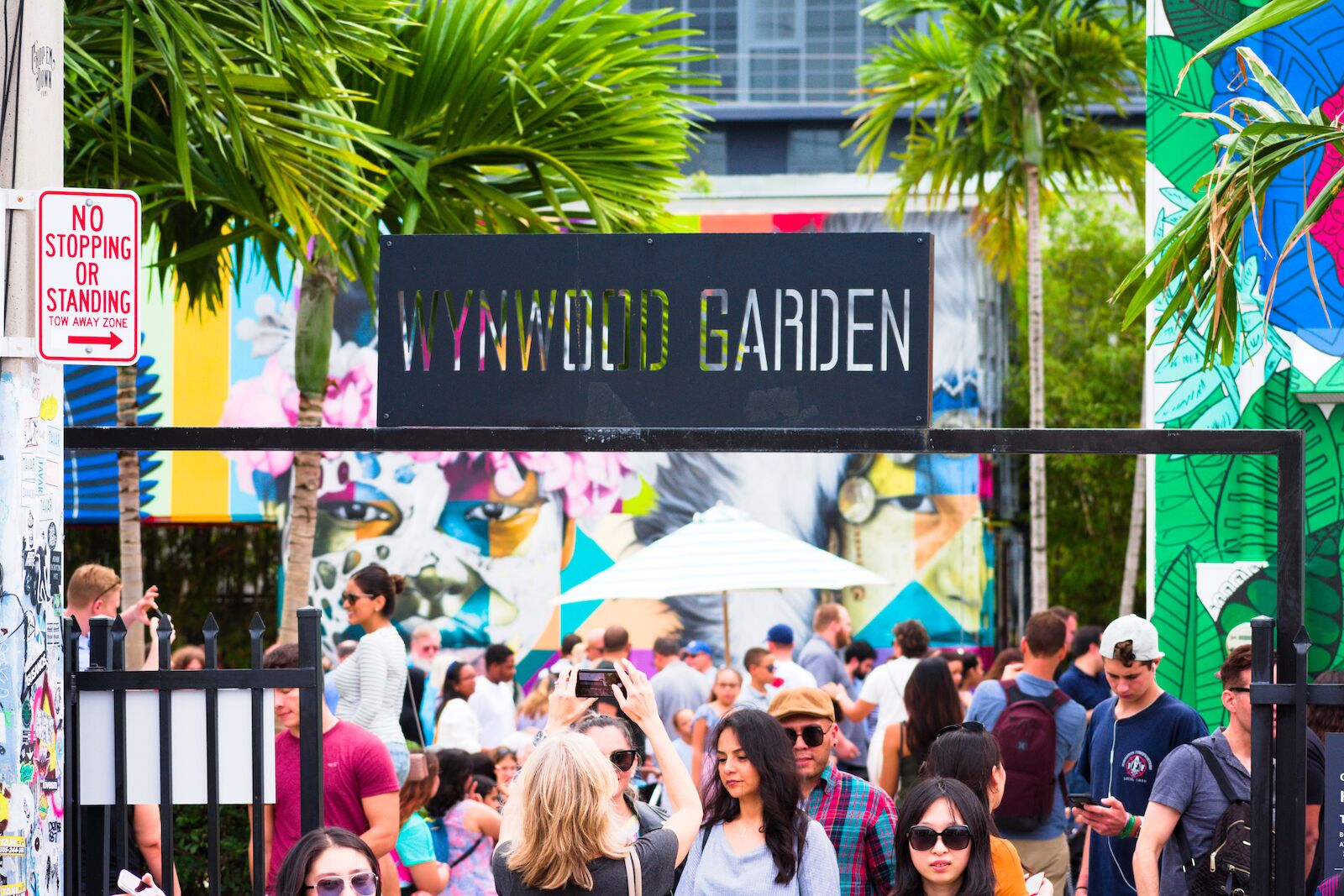 Miami’s Wynwood neighborhood was once a funky artists’ enclave filled with colorful murals plastered on forgotten industrial buildings. And though it’s gotten aggressively gentrified and turned into a full-blown Miami tourist attraction over the past decade, the outdoor museum is no less impressive. The main Wynwood Walls park has the biggest collection of permanent murals, but also has a small entrance fee. If you’re opposed to paying it, you can also stroll the streets and find murals ranging from political statements to local sports team tributes.

Wynwood is also home to some of the best breweries in Miami, like the Star Wars-themed J. Wakefield and Dogfish Head’s Miami outpost. You can also stop into the Museum of Graffiti to learn all about the history of this urban art form. Or hit the rooftop at Astra for a birds-eye view of murals that stretch for blocks in every direction. 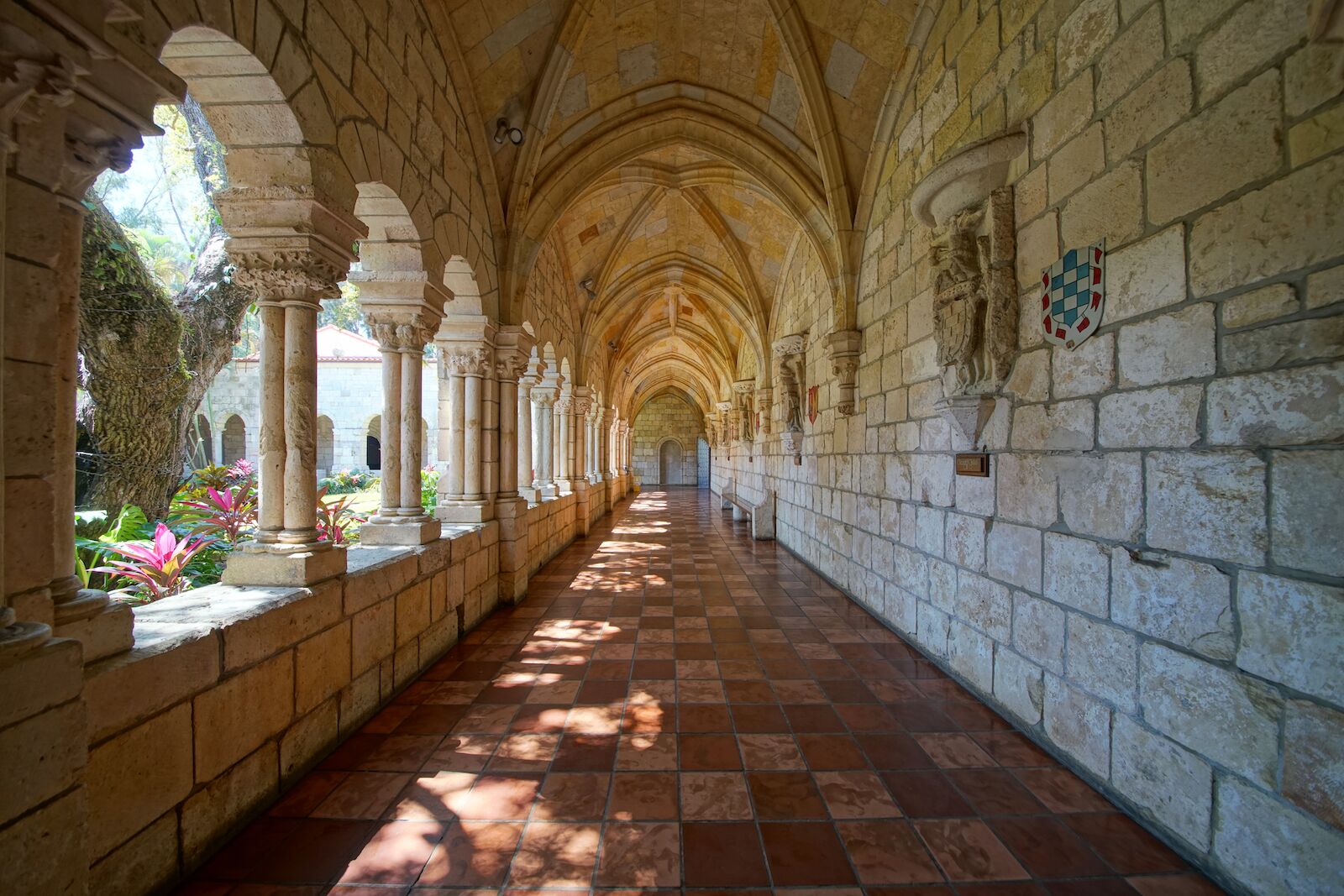 It can be hard to believe there’s a building in Miami that dates back to 1141, especially since the city wasn’t even founded until 1896. But venture up to North Miami Beach and you’ll find the Monastery of St. Bernard de Clairvaux, which sat in Segovia, Spain for nearly 800 years. In 1925, William Randolph Hearts bought the cloisters and outbuildings, and then had them dismantled and shipped to America. He ultimately was forced to sell them, and the 11,000-or-so crates that contained it sat in a warehouse until the 1950s.

Two businessmen bought the monastery with the intent of turning it into a tourist attraction, though it ultimately ended up being donated to the Bishop of Florida. Today, it’s an active congregation but no less fascinating to visit, an odd piece of medieval history set in the middle of South Florida. 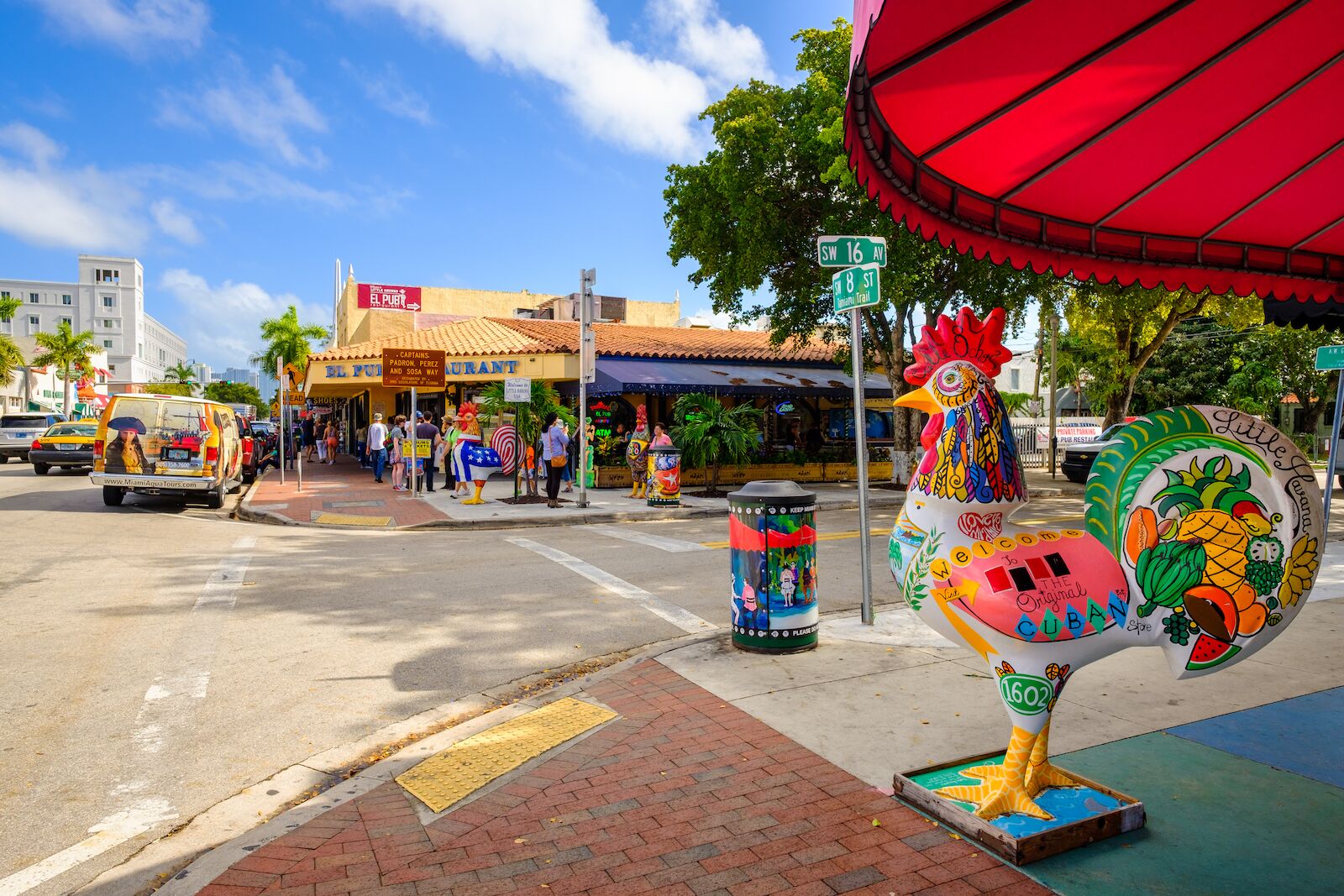 Once a rough-and-tumble enclave of Cuban immigrants, Calle Ocho – the main drag through Little Havana – is now filled with tour buses and visitors sipping mojitos. But it’s managed to avoid turning into Ocean Drive West, and the collection of Cuban cafeterias, cigar shops, and hole-in-the-wall restaurants has helped the place retain its character.

A trip down Calle Ocho isn’t complete without a drink at Ball and Chain, an historic jazz club that was restored to look like it did during its 1930s heyday. There’s live music almost daily, performed under a bandshell shaped like a pineapple. You’ll find some of the best cocktails in the city at Café La Trova, where a live Cuban band and 80s-themed back bar complete the motif. Also make a point to wander the Cubaocho Museum and Performing Arts Center, home to the world’s largest collection of pre-revolutionary Cuban art. 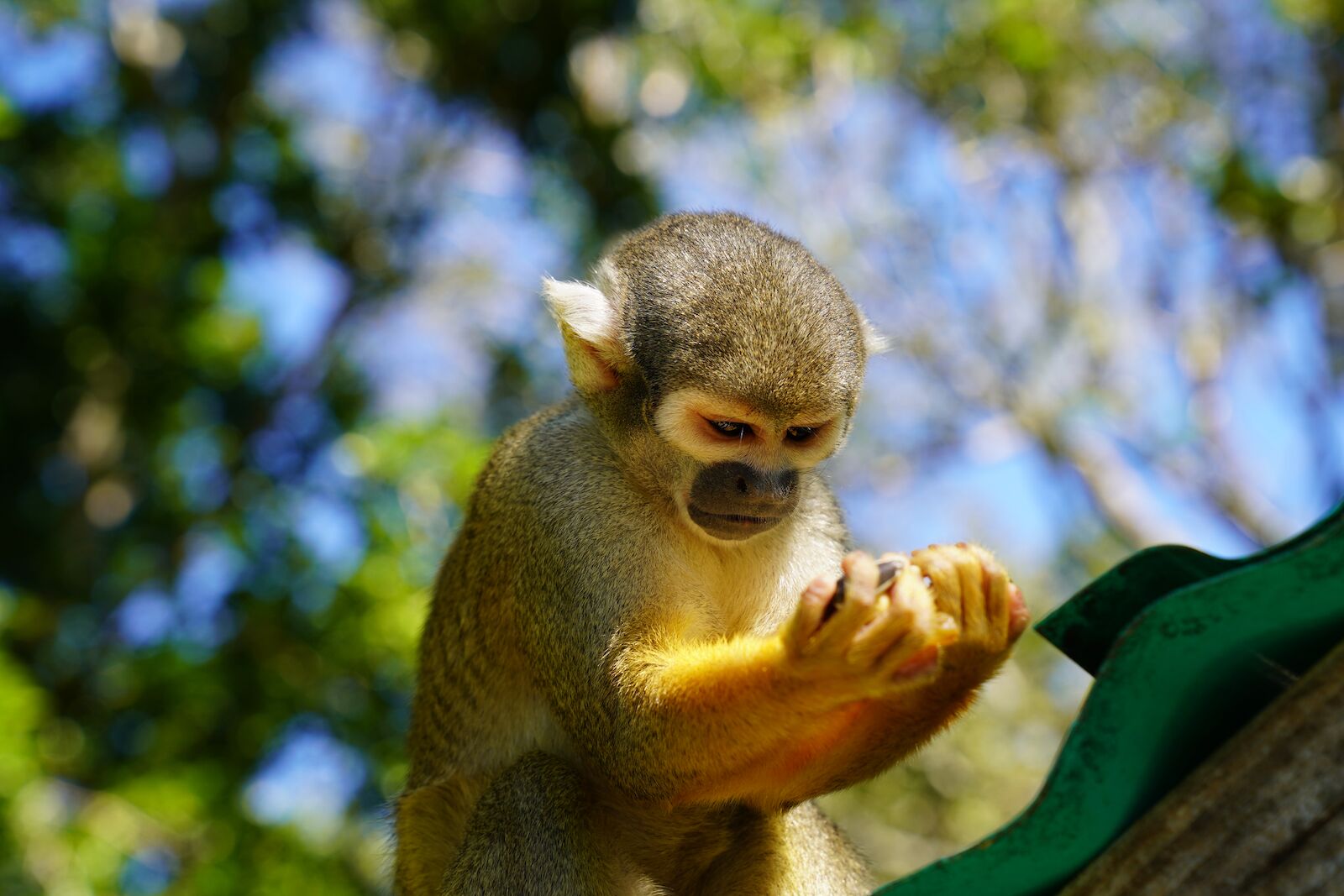 Monkey Jungle takes the zoo concept and almost literally turns it on its head. Here, humans stroll through cages while monkeys roam free. The 30-acre park emulates natural primate habitats, where java monkeys, gorillas, orangutans, howlers, and other animals bound by strolling visitors. The park also hosts frequent educational shows with the park naturalists (be sure to check with Monkey Jungle for which ones are running before going). A tour here is one of the most immersive primate experiences you can have without crossing an ocean.

Once a rock quarry used to build the surrounding suburb of Coral Gables, these spring-fed pools are like a natural swimming club surrounded by historic Mediterranean architecture. Though it can get packed with families on the weekend, stopping in during the week feels like finding a truly hidden gem, where you can cool off and enjoy the balmy weather in a shady jungle setting. It’s the only swimming pool on the National Register of Historic Places, and was a celebrity hotspot during the 1930s when stars like Esther Williams and Johnny “Tarzan” Weismuller were often spotted. 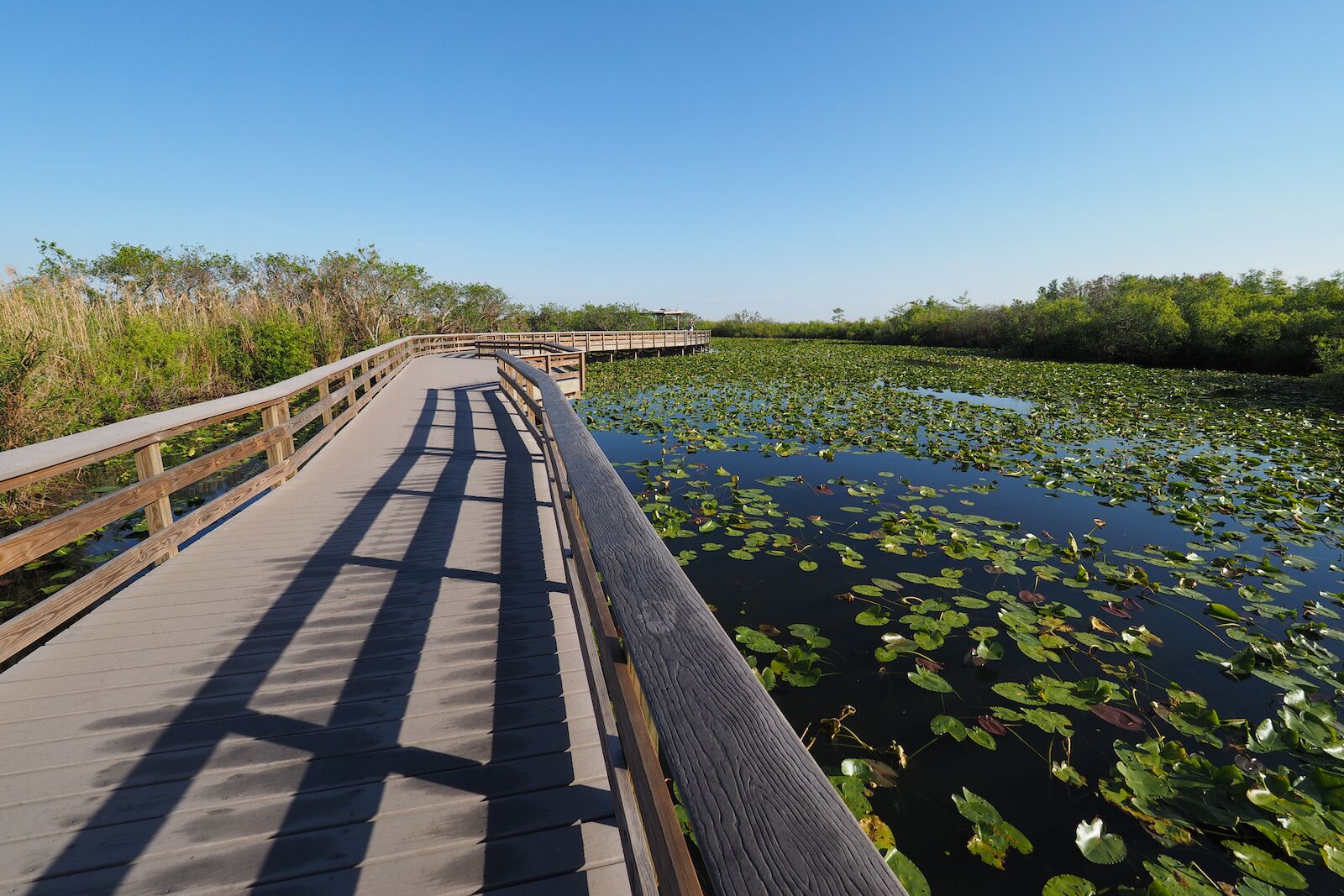 It’s hard to call a national park a “tourist attraction,” but the unusual ecosystem of South Florida’s signature swamp still draws visitors by the thousands. Even if you’re just taking bikes through Shark Valley or strolling the short Anhinga and Gumbo Limbo tails, you’ll still walk straight into landscapes of flora and fauna you’ll never see elsewhere. Alligators are, of course, common, though attacks are infrequent. And if you want to see what Florida was like before it was all condos and strip malls, nowhere showcases it quite like the majestic River of Grass.