Spring break season might be over, but spring is just getting into full swing. That means warmer weather, higher spirits, and, of course, drinking outside. To combine all three and ring in the season right, you need to figure out your spring music festival lineup. You probably know all about Coachella, Ultra, and the Governor’s Ball, but those behemoths of the concert scene aren’t always the best value, or the most fun — especially when it comes to actually securing tickets. From the Stagecoach Country Music Festival in Indigo, California, to the quirky Great Escape in the UK, there are several festivals around the world that are well worth the price of admission. Here are the music festivals you can, and should, get tickets to this spring. 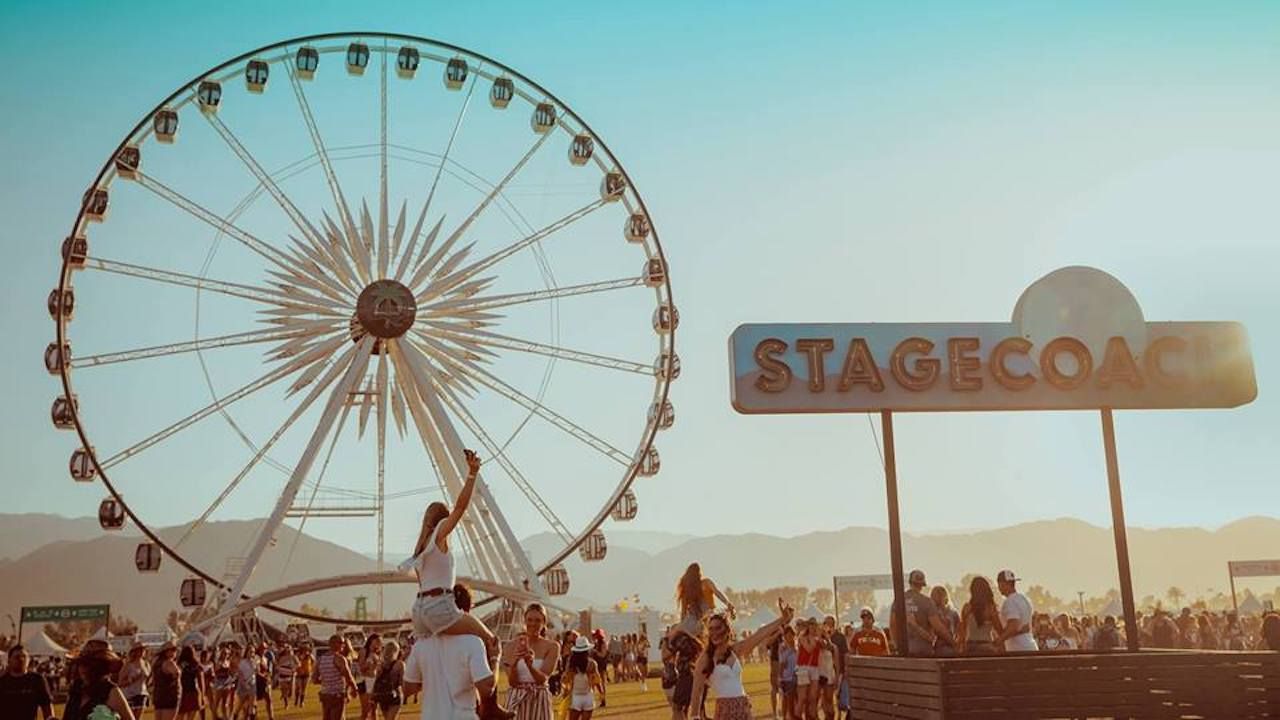 Country enthusiasts will want to make this festival a priority this spring. Although it might be held on the West Coast — which isn’t typically associated with country music — the Stagecoach Country Music Festival brings some serious southern charm to Indio after the Coachella dust has settled. With a diverse lineup of established and up-and-coming acts, the festival introduces fans to new talent as well as their radio favorites. Located at the Empire Polo Club, the festival features dozens of artists including Bret Michaels, Luke Bryan, Jason Aldean, Old Dominion, and Sam Hunt. General admission passes start at $349 and can be purchased on the website. 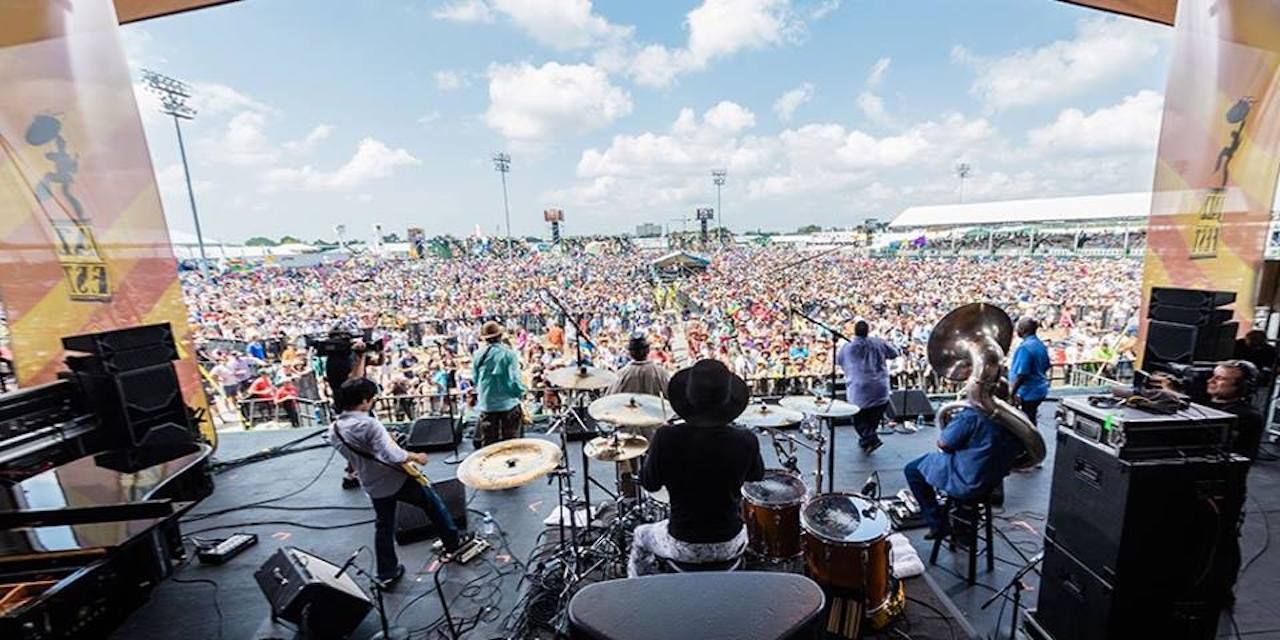 If jazz is your thing, New Orleans is probably already calling your name. Dating back to 1970, the New Orleans Jazz & Heritage Festival is one of the country’s oldest continuously running music festivals and one in which New Orleans takes great pride. More than simply a music festival, this is a complete cultural experience with local crafts, Cajun food, and even exhibits run by Louisiana’s indigenous peoples educating visitors on their history and traditions. The music covers a wide range of genres, from rock & roll to pop, with legendary performers like The Rolling Stones, Van Morrison, Alanis Morissette, Jimmy Buffet & The Coral Reefer Band, Pitbull, and dozens of jazz musicians playing this year. The festival takes place at New Orleans’ Fair Grounds Race Course, and tickets cost $75 in advance and $85 at the gate. 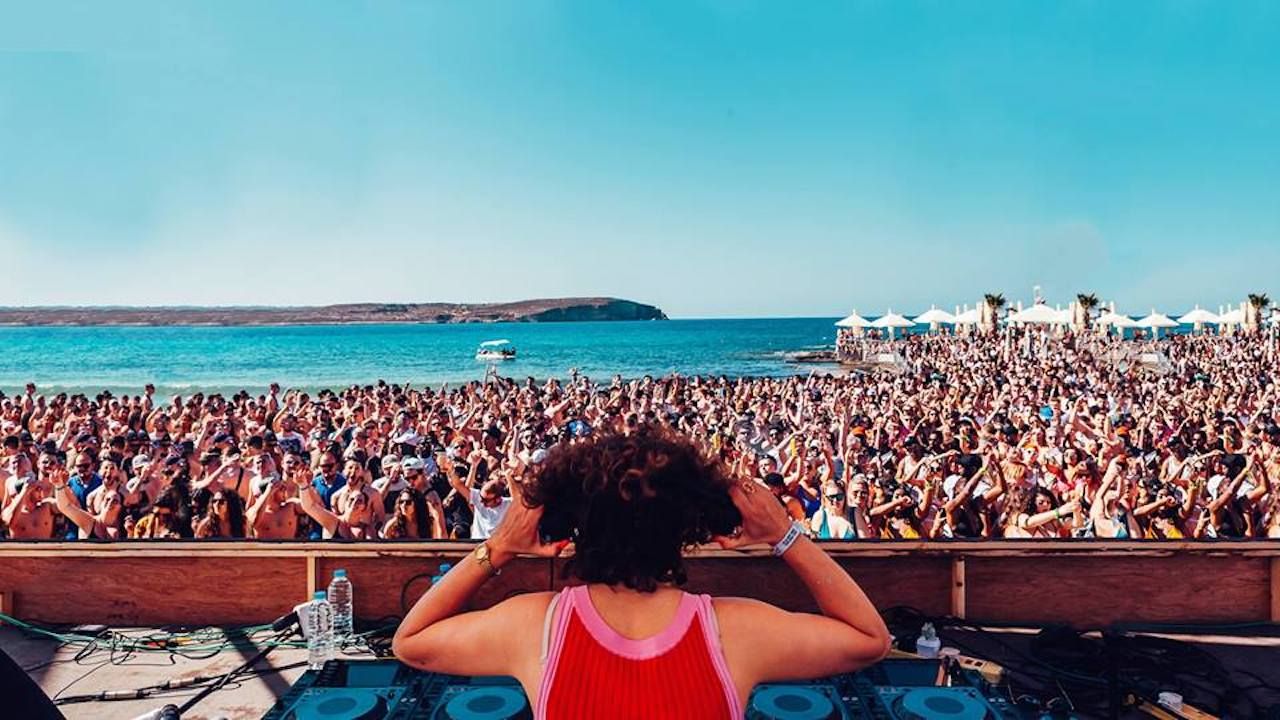 Just because it’s spring, it doesn’t necessarily mean it’s tank top weather here in the US. For a festival where you’re sure to be bathed in sunlight, head to Malta, a small island in the Mediterranean, for the Lost & Found Festival. Taking place on St. Paul’s Bay, the event is hosted by BBC Radio 1 DJ Annie Mac and features some of the top electronic artists in a variety of settings — from pool, beach, and boat parties to a castle rave. This year’s lineup features artists like Jaguar, Black Coffee, Mostack, and Tiffany Calver. Tickets are an affordable $170, and you can check out the website for more details on the range of venues and the itinerary. 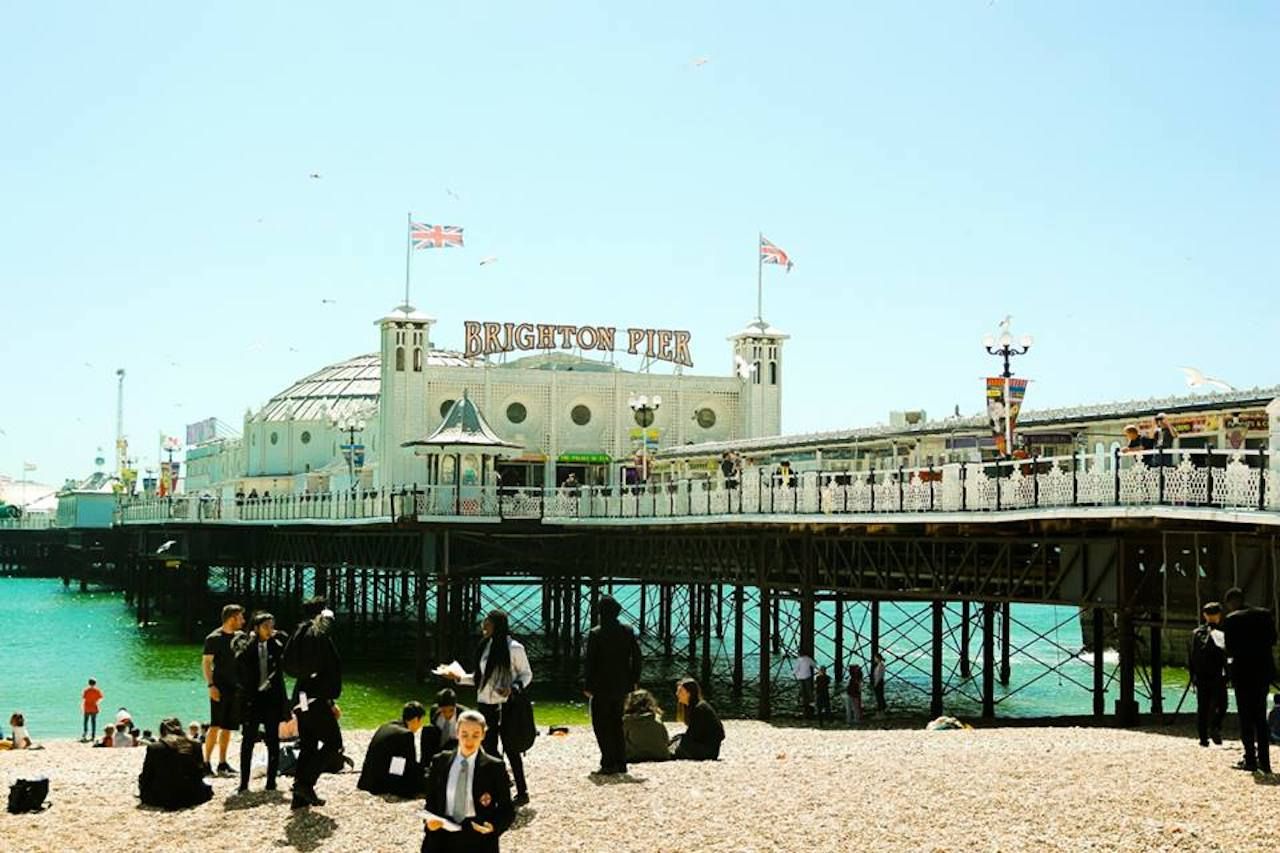 Over 450 musicians will invade England’s seaside city of Brighton this May for The Great Escape. Featuring a broad range of pop and alternative music, the festival is perfect for discovering new artists and genres. Indeed, the event even bills itself as “the festival for new music.” According to the event website, this crazy beach party will be “jam-packed with the most, sizzling, sought after upcoming artists,” and there is also a convention “alongside the gigs featuring insightful panels, topical debates, keynote speeches, and networking opportunities.” The purpose of the festival is truly to introduce a host of new, talented artists to the world and provide a platform for music lovers to connect over the next big thing. A full lineup of artists is available on the website, and tickets start at $100. 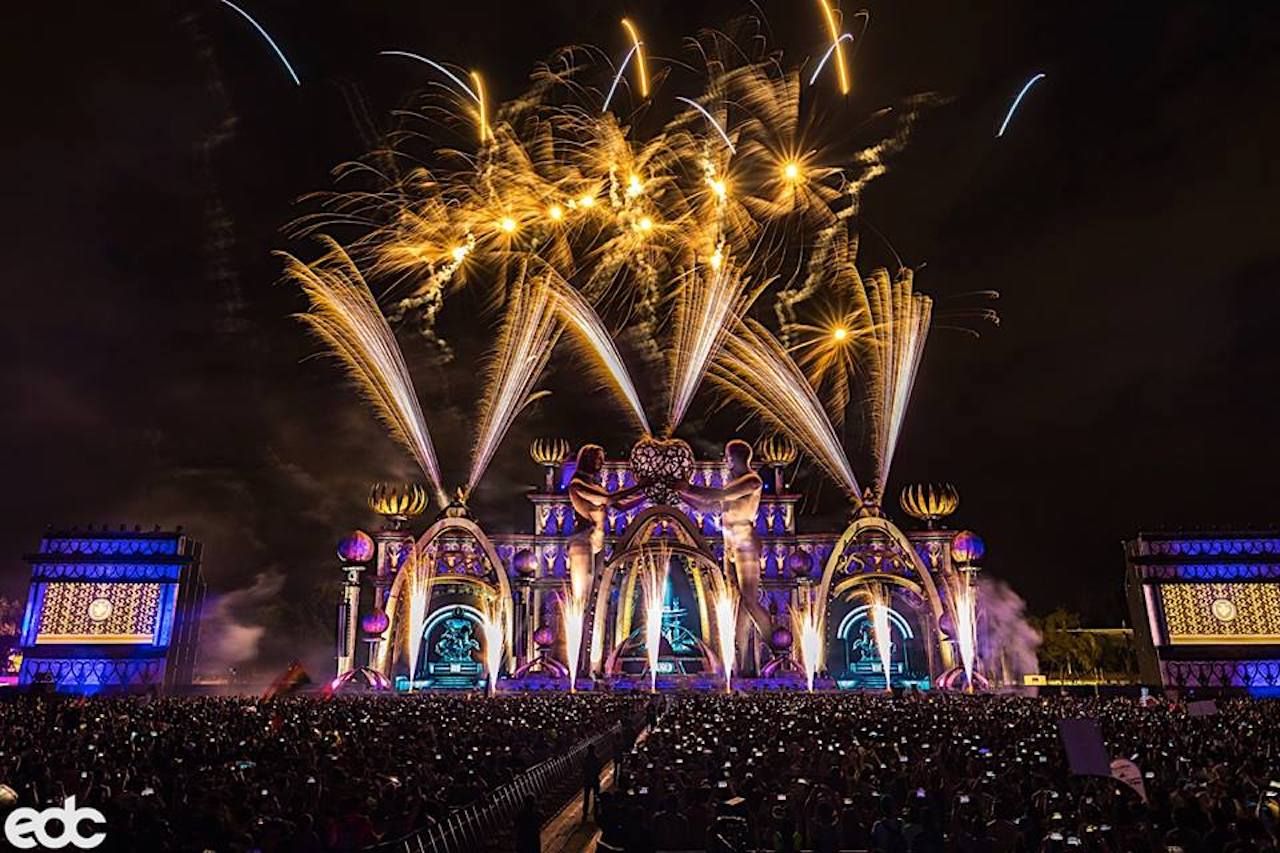 If you’re looking to combine your seasonal EDM fix with a weekend of gambling and other debauchery, the Electric Daisy Carnival in Las Vegas is a perfect choice. The festival regularly hosts some of the biggest names in EDM and is being hosted at the Las Vegas Motor Speedway, outfitted with an abundance of LED-infused flora and fauna and other interactive art installations. In addition to the music, the carnival’s venue will also function as a massive adult playground, with a variety of rides designed to take your fist-pumping adrenaline boost to the next level. Although the 2019 lineup hasn’t been revealed yet, last year’s show featured Martin Garrix, Armin van Burren, Diplo, and other top artists. Tickets are being sold online starting at $359. 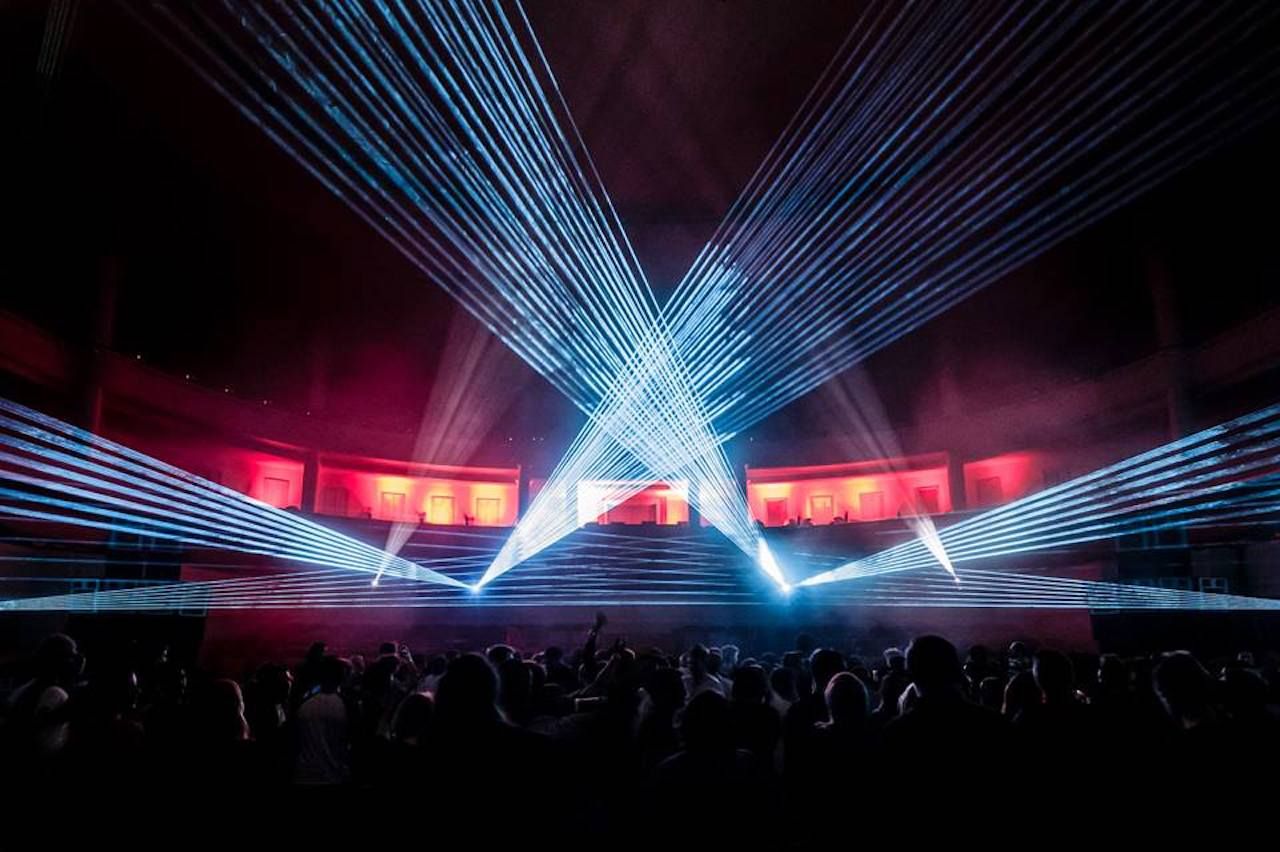 Sure, the Nuits Sonores is an epic electronic music festival, but it’s also a celebration of graphic design and contemporary art. The festival is spread over 40 public spaces in Lyon, highlighting both world-renowned artists and underground talent. This year’s theme is “panorama,” and according to the website, “This year’s scenography is all about reinventing notions of togetherness and sociability around — among other things — food and culture and the various ‘canteen’ areas dotted throughout the festival’s three main sites.”

The lighting is also purported to be more immersive than ever, with the main hall defined by the Magic Square, a “feature made up of interconnected LED panels forming a pixelated matrix and enabling the creation of immersive waves of lighting.” Even if underground electronic music isn’t your thing, this festival might just be worth it for the futuristic visual spectacle. Artists include Mystic Jungle, Laurent Garnier, J-Zbel, and De Dupe. Ticket prices vary depending on your date of attendance, with full information available on the ticket page. 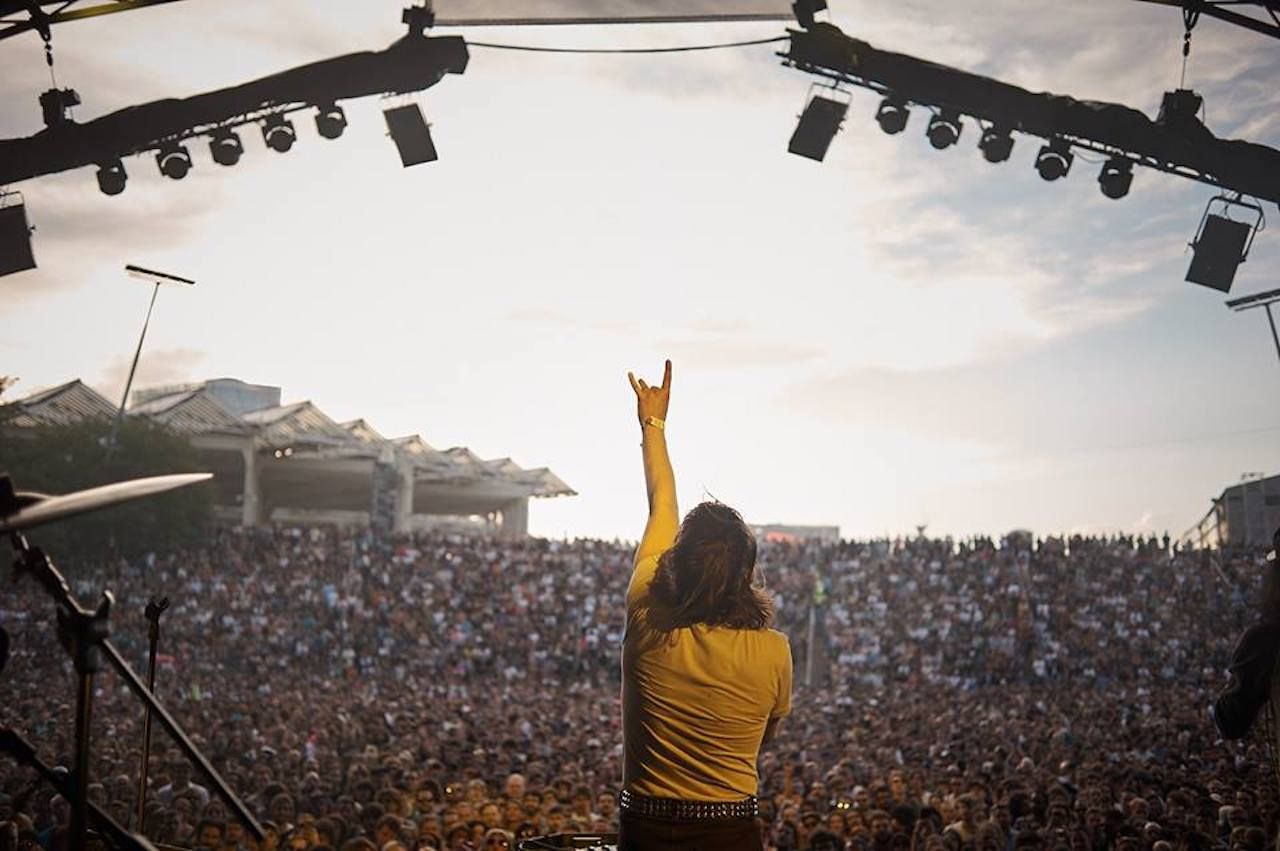 Attending a music festival in Barcelona is probably on many people’s bucket lists, and Primavera Sound is the perfect way to cross it off. Although Europe is known for its wild EDM festivals, Primavera Sound is actually an indie rock event, with electronic music playing a more minor role. Headliners this year include Future, Nas, Janelle Monáe, and a host of other artists.

Alongside the festival, there is also a Primavera Pro Conference with speakers, workshops, and showcases, which has become an international staple of the independent music industry. The event takes place in three venues — the Parc Del Forum, Primavera Als Clubs, and Primavera Al Raval. Festival tickets cost $220 and are available for purchase on the website.

Music + NightlifeEvery Summer Music Festival Lineup That’s Been Announced so Far, and Who You Need To See
Tagged
Events Music + Nightlife Insider Guides
What did you think of this story?
Meh
Good
Awesome