The islands of Hawaii are kind of like the Kardashians. They’re all part of the same family, and sometimes you forget which is which — but each is different. Unlike the Kardashians, however, Hawaii’s eight biggest islands are defined by their natural and timeless beauty, from the volcanic landscape of the Big Island or the pristine beaches of Oahu. We’ve compiled the coolest thing to do on each of these Hawaiian islands — even the so-called “forbidden islands” — to help you plan your next trip.

In the light of Mt. Kilauea’s eruption in 2018 and its subsequent volcanic activity, visiting a place on the Island of Hawaii (also known as the Big Island) called Volcanoes National Park may not seem like the best idea. In reality, though, the park is completely safe and one of the most unique geographical areas in all of Hawaii. It’s located just 45 minutes south of Hilo, houses two active volcanoes, and offers up 150 miles of hiking trails through volcanic craters, rainforests, and scorched deserts.

Mt. Kilauea is known as the world’s only “drive-in volcano,” and you can indeed take a driving tour of the crater rim. Starting at the park entrance, the Crater Rim Drive is a short road with plenty of places to stop and hike the caldera’s edge. The Chain of Craters Road is another popular drive, bringing you down the coast past lava rock fields.

Another way to explore the eerie lava fields is to bike through them, one of many adventures on this island. The truly adventurous can go backcountry hiking at Mauna Loa, a strenuous trek up one of the world’s most active volcanoes. Hiking over jagged, volcanic rocks to an altitude of 13,678 feet can feel like walking to Mount Doom, but experiencing Hawaii’s rugged geography up close makes it all worth it.

Maui: The Road to Hana 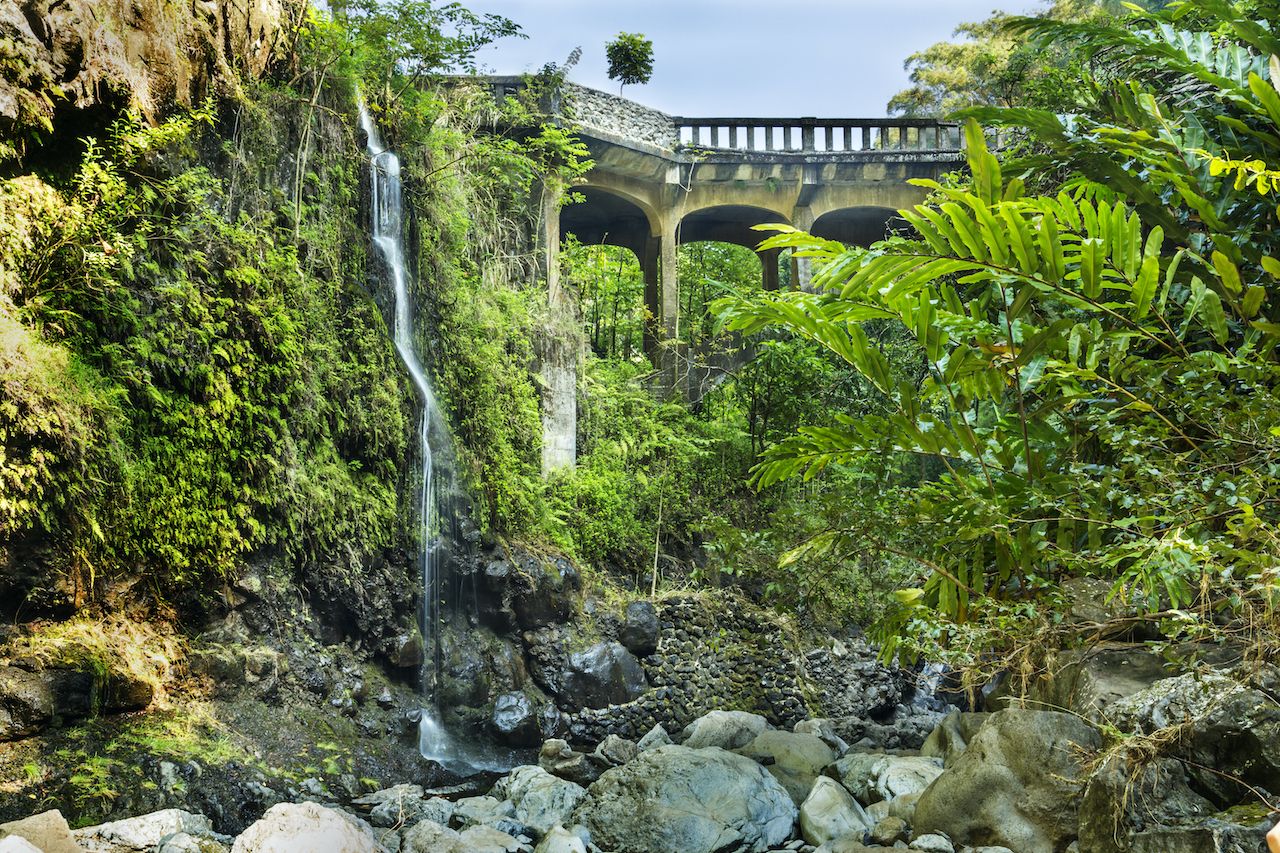 As cliche as it sounds, Maui’s top attraction isn’t a destination — it’s a journey. The Road to Hana is a 64.4-mile highway from Kahului to Hana, and it’s one of the most scenic drives in Hawaii. It’s also a hair-raising journey, with hairpin turns and locals seemingly taking them at top speed in the opposite direction. The drive itself only takes a couple of hours, but there are enough stops along the way to warrant spending a few days driving the Road to Hana.

The hike to Twin Falls is one of the best forays into nature you’ll find along the road. These two waterfalls pour into a large swimming hole, perfect for a refreshing dip before sitting behind the wheel again. There’s also a picnic area at Waikamoi Ridge — a wooded hike with two loops for those looking to stretch their legs. The Garden of Eden Arboretum is another great way to experience the area’s natural beauty, with a 100-year-old mango tree, bamboo plants, waterfalls, and ocean views. Perhaps the most uniquely Hawaii attraction sits at the 31-mile marker. Hana Lava Tube is a cave open for public spelunking — just make sure you grab a flashlight.

As noted, the 52-mile-drive can be done in a day, even with a few stops. But, should you choose to make a proper road trip out of it, we’ve got some tips on the best places to stay along the way. 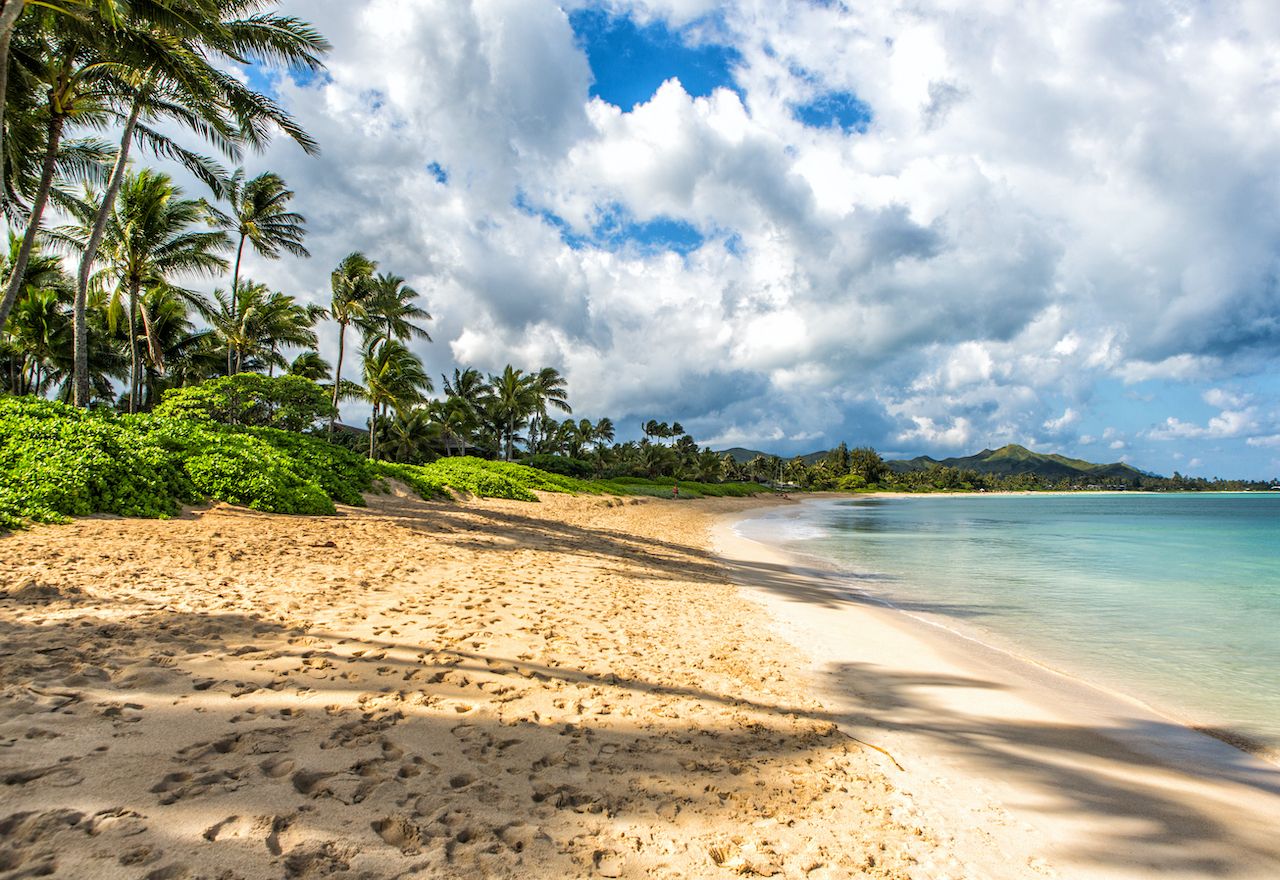 It’s time we got to the beach. With countless beach options in Hawaii, you want to pick the right one. And that’s Kailua Beach Park, on Oahu’s east coast. Known for its white sand and clear turquoise water, this beach is exactly what you think of when you envision the paradisiacal landscapes of Hawaii. And at two and a half miles long, you won’t have to worry about overcrowding or struggling to find your own space. As a bonus, it’s also right next to Lanikai Beach, which many argue is even more beautiful. At just a half-mile long, Lanikai has some of the softest white sand anywhere in Hawaii, two offshore islands, and calm water perfect for kayaking and snorkeling.

Oahu distinguishes itself by being the last seat of power for Hawaiian Royalty, which was overthrown by local agro-businesses with US support. Visit Iolani Palace in Oahu to learn more about Hawaii’s indigenous culture. Then, if you want to know more about Hawaii after the US annexed it, check out Pearl Harbor, the site of the infamous bombing that motivated the US’ entry into World War II. Pearl Harbor is home to over 160 ships and several historical sites commemorating 1941, including the USS Arizona Memorial. 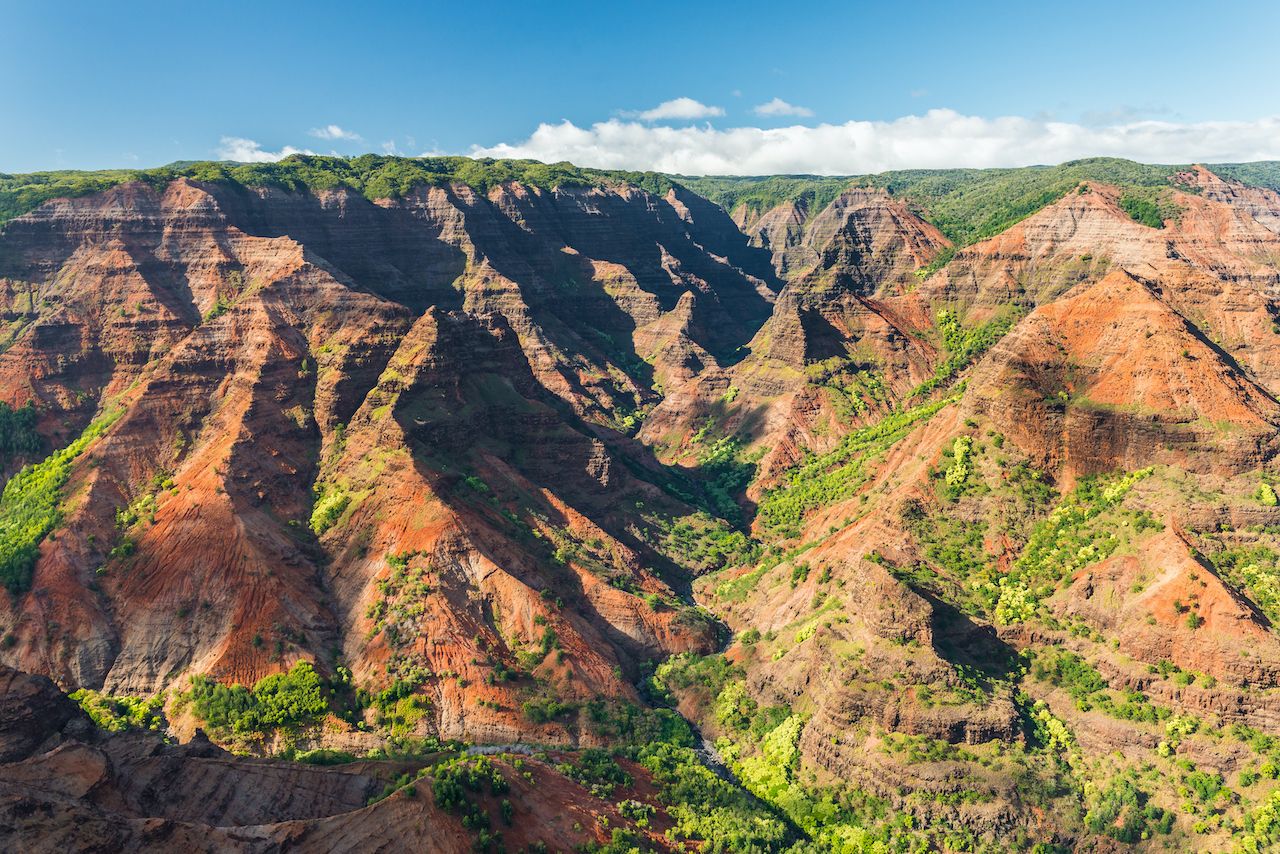 This 3,600-foot deep canyon slicing through Kauai is often called the “Grand Canyon of the Pacific,” Unlike most hyperbolic monikers, it actually lives up to its name. The canyon is 14 miles long and one mile wide, offering views of the crags, deep valley gorges, and crested buttes. Take Waimea Canyon Drive to Waimea Canyon Overlook for the most stunning views of Kauai’s rugged interior. If it looks like it will be foggy by the overlook, stop on the way up Highway 550, and you’re sure to get a fog-free first look at the canyon. That’s one of many stellar Kauai views most folks don’t know.

The canyon’s several hiking trails could easily keep you occupied for several days. The Canyon Trail brings you past Waipo’o Falls — an 800-foot waterfall and super picnic spot — before reaching the Kumuweka Lookout. The more rigorous Kukai Trail requires hikers to navigate rougher terrain through the forest, leading to the bottom of the Waimea River.

After you’ve driven to Waimea Canyon, keep going north on Highway 550 until you almost reach the end of the road. There, you’ll arrive at the Pu’u O Kila Lookout, one of the few ways to admire the Na Pali Cliffs without going out in a boat or helicopter. Then you can get yourself to one of Kauai’s almost-secret beaches. 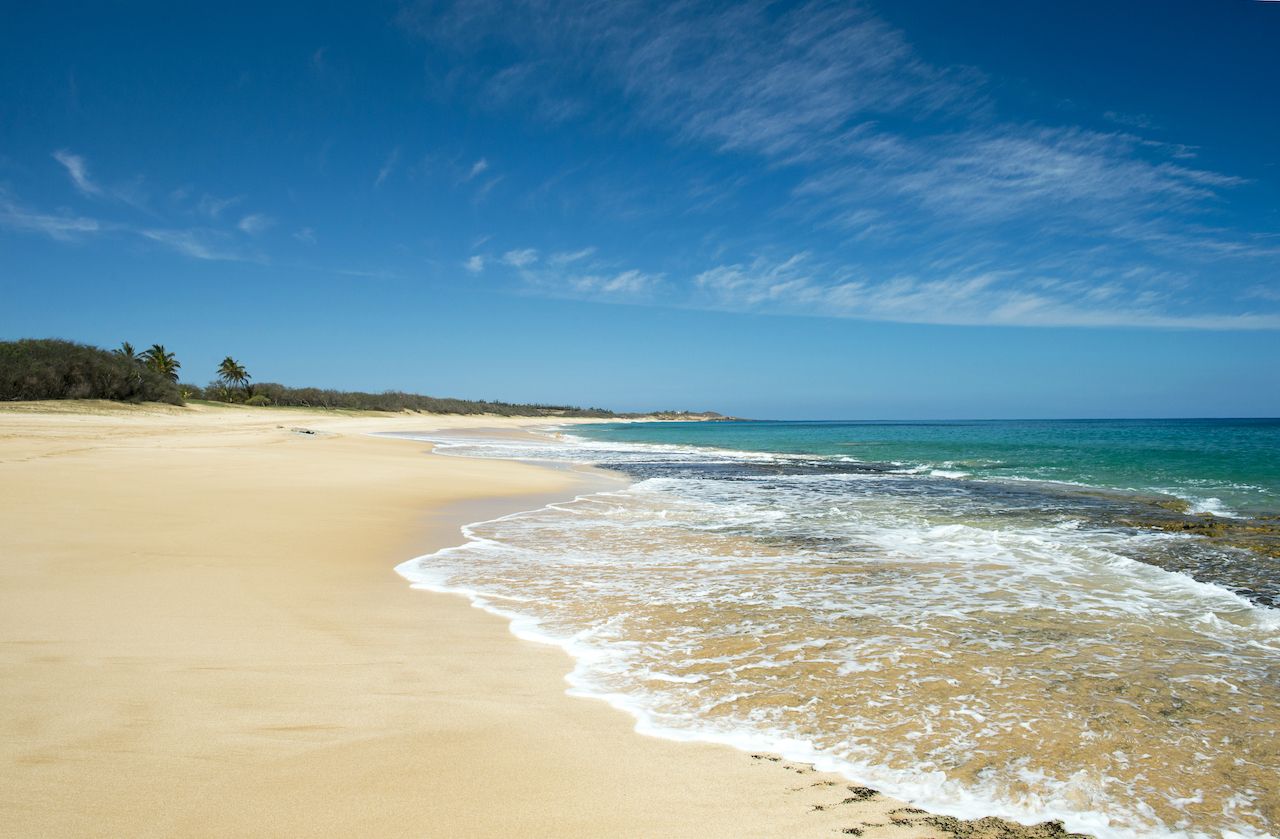 At just 38 miles long and 10 miles wide, Molokai is Hawaii’s fifth-largest island and is often forgotten by tourists. That’s good news for those who do travel there, as you’ll have its beauty all to yourself. Molokai has the highest sea cliffs and the longest continuous fringing reef globally, and perhaps most importantly, some of the most pristine, quiet beaches in Hawaii.

Although Papohaku Beach is one of Hawaii’s most extensive sand beaches — and the longest in the state — it’s also surprisingly crowd-free. Also known as “Three Mile Beach,” Papohaku is one of just two beaches on Molokai that allows camping, and you’ll find campsites, outdoor showers, and restroom facilities. The beach has clear views of Oahu over the Kaiwi Channel and is bordered by a lush forest, offering a unique beach-going experience. A crazy historical sidenote is that the beach was the location of military exercises during World War II, and pieces of abandoned vehicles can still be found buried under the sand. 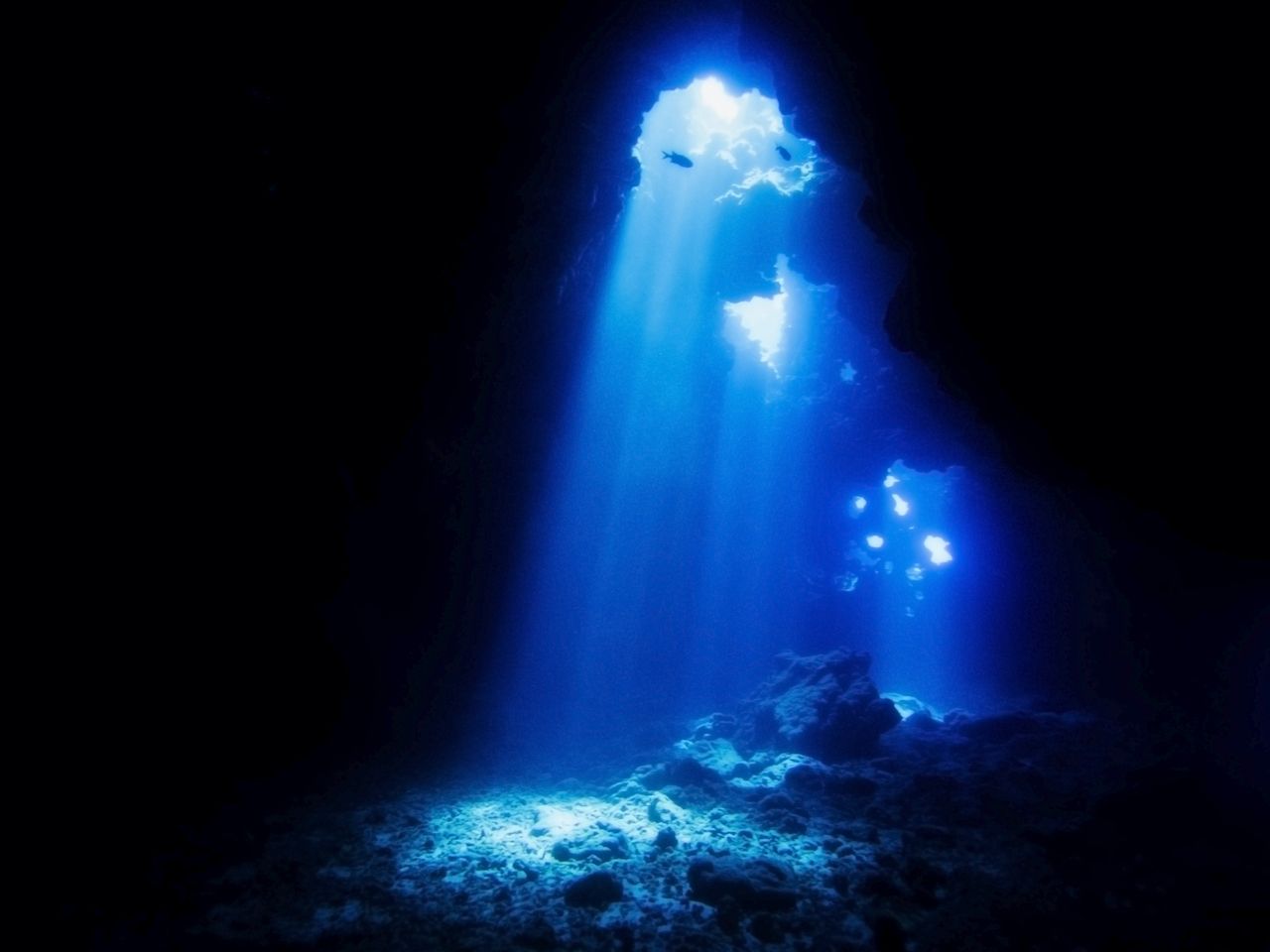 Don’t worry if you’re not into religious architecture — the cathedrals of Lanai aren’t actually churches. They’re underwater pinnacle formations created by lava tubes and illuminated by rays of sunlight. Their crevices, aglow with turquoise blue waters, make them look like stained glass windows. Among the variety of fish that call the formations home, the most abundant are the orange cave-dwelling Menpachi, bright moorish idols, yellow tans, and even reef sharks and turtles. Unsurprisingly, the Cathedrals have made the area incredibly attractive for divers, and several diving tours are available for visitors. 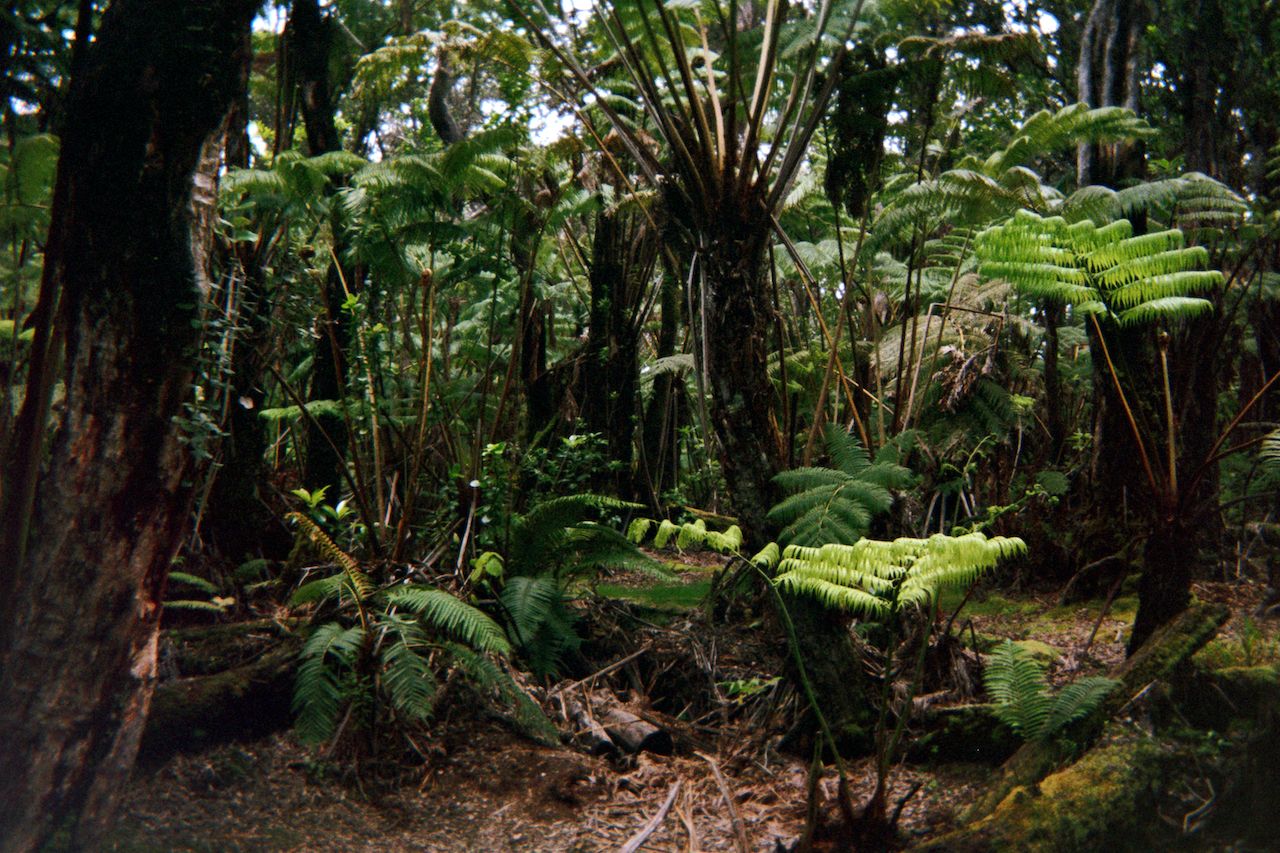 Kahoolawe is known as one of Hawaii’s two “Forbidden Islands,” but the island is actually very inviting. You just have to understand how to visit. Due to its small size of only 44.6 square miles, the island only welcomes visitors looking for a less relaxing vacation. In 1993, Hawaii established the Kahoolawe Island Reserve Commission (KIRC) to preserve the island for future generations. The KIRC relies on volunteers for this preservation and restoration, offering weekly work trips to Kahoolawe. These work trips are pretty much the only way tourists can visit the island, but signing up is well worth it.

Each week, KIRC brings 20 to 25 volunteers to the island after they complete an orientation consisting of briefings on safety, environmental hazards, and the island’s cultural background. Volunteers will stay in KIRC accommodations on the southern end of Kahoolawe, including sleeping quarters, a kitchen, dining area, and other amenities. Volunteer work usually includes planting native flora, removing invasive weeds, and other tasks vital to restoring the island’s ecosystem. It’s not all hard labor, though. Volunteers also learn the history of the island and take part in a variety of Hawaiian cultural traditions.

You can apply for volunteer trips online, though be advised that there’s often a waitlist. 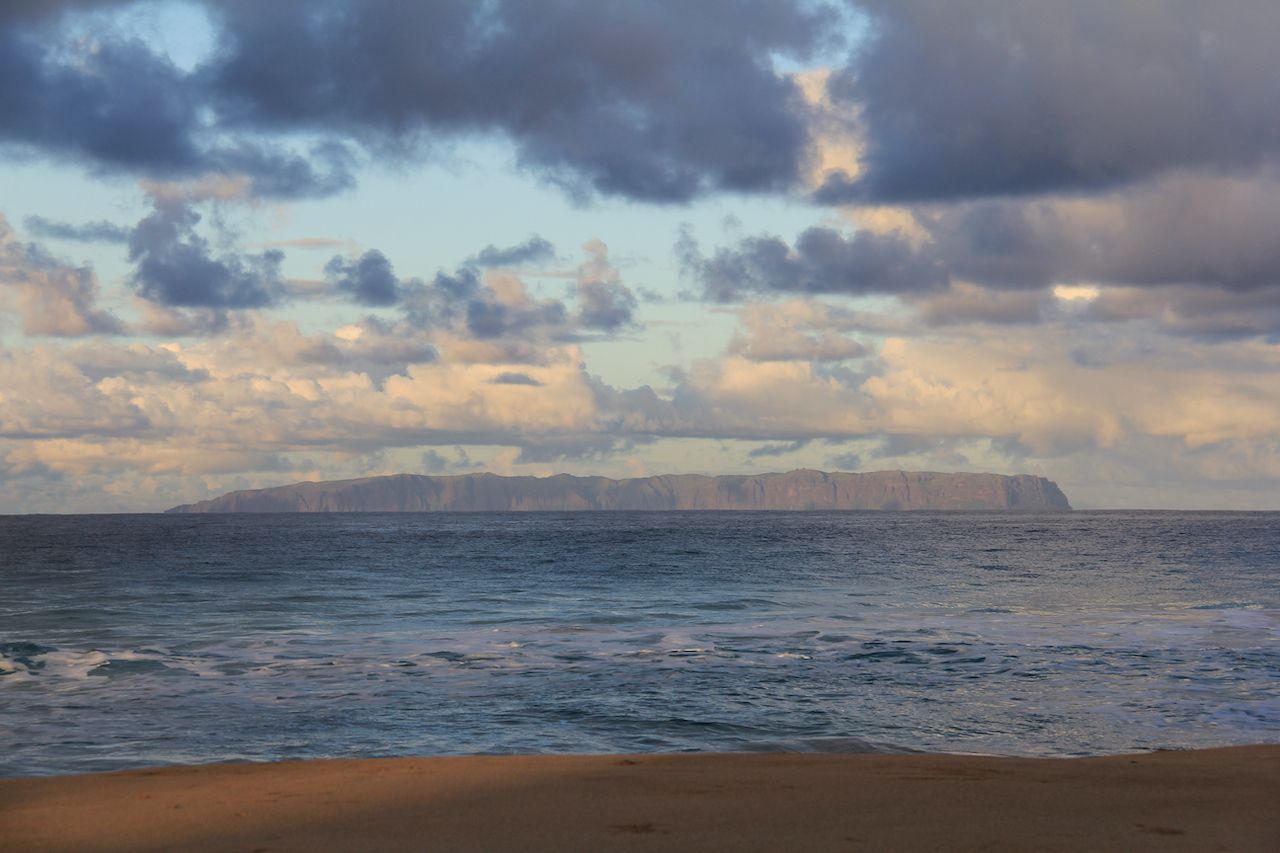 Niihau is the second of Hawaii’s “Forbidden Islands,” and it’s even more difficult to visit than Kahoolawe. At 70 square miles, this privately owned island has just 70 permanent residents, no paved roads, and no indoor plumbing. Most residents travel by foot or bicycle. It earned its “Forbidden Island” nickname in 1952 when the island was shut off to visitors during the polio epidemic. The closure has long been lifted, but the name stuck.

Niihau is difficult to access, but not impossible. There are no ferries or flights to Niihau. You can only get to the island via helicopter tour from Kauai or by reserving a spot on a hunting safari. Helicopter tours can be reserved by emailing the tourism agency and choosing the package appropriate for you, while the hunting safari requires you to undergo Hawaii’s hunter education course first. Then, just email the tourism agency to arrange the safari. You’ll be hunting sheep, oryx, eland, and Polynesian boar, at a full-day cost of around $1,950. The only other way to visit the island is with a personal invitation from a resident of Niihau or a member of the Robinson family — the family that manages and administers the island.

Outdoor8 Experiences You Need To Have in Hawaii, No Matter What Island You Visit
Tagged
Beaches and Islands Hawaii, United States
What did you think of this story?
Meh
Good
Awesome

Hawaiians Are Thrilled About Olympic Surfing, but They’re Not so Sure About the US Flag