Best of lists can be fun. The best coffee cities, for example, or the best cities for a staycation. They can also be horribly, horribly off track like this “study” from SimpleTexting that ranks the best college football towns to tailgate in.

Like many of these best of lists that get thrown around, SimpleTexting lacks a direct tie to what it’s trying to rank. The company sells advertising campaigns around sending texts directly to people’s phones (or, in company jargon, “ridiculously successful mass text messaging campaigns).

The “study” used data from 117 Division 1 college football towns based on six factors “that affect the quality of a tailgating party” (technically the blog at the time of publication says there are five factors, but six are listed): stadium capacity, ticket cost, number of bars, total annual precipitation, enrollment, and revenue by team.

Ignoring the fact that Los Angeles is listed twice, this is admittedly (mostly) a list of schools with very fun college football atmospheres. It’s far from a true “best” tailgating cities list, though, for one major reason: the company ignored the regional traditions that make a college tailgate special in the first place.

While after-game bar hopping is fun, traditions are what make college football games. There are a lot of Division 1 schools to consider, so there had to be some way to narrow it down. But SimpleTexting narrowed it down in a way that almost entirely cut out the Division 1 conference possibly most known for college football where the slogan is “it just means more”: the SEC. 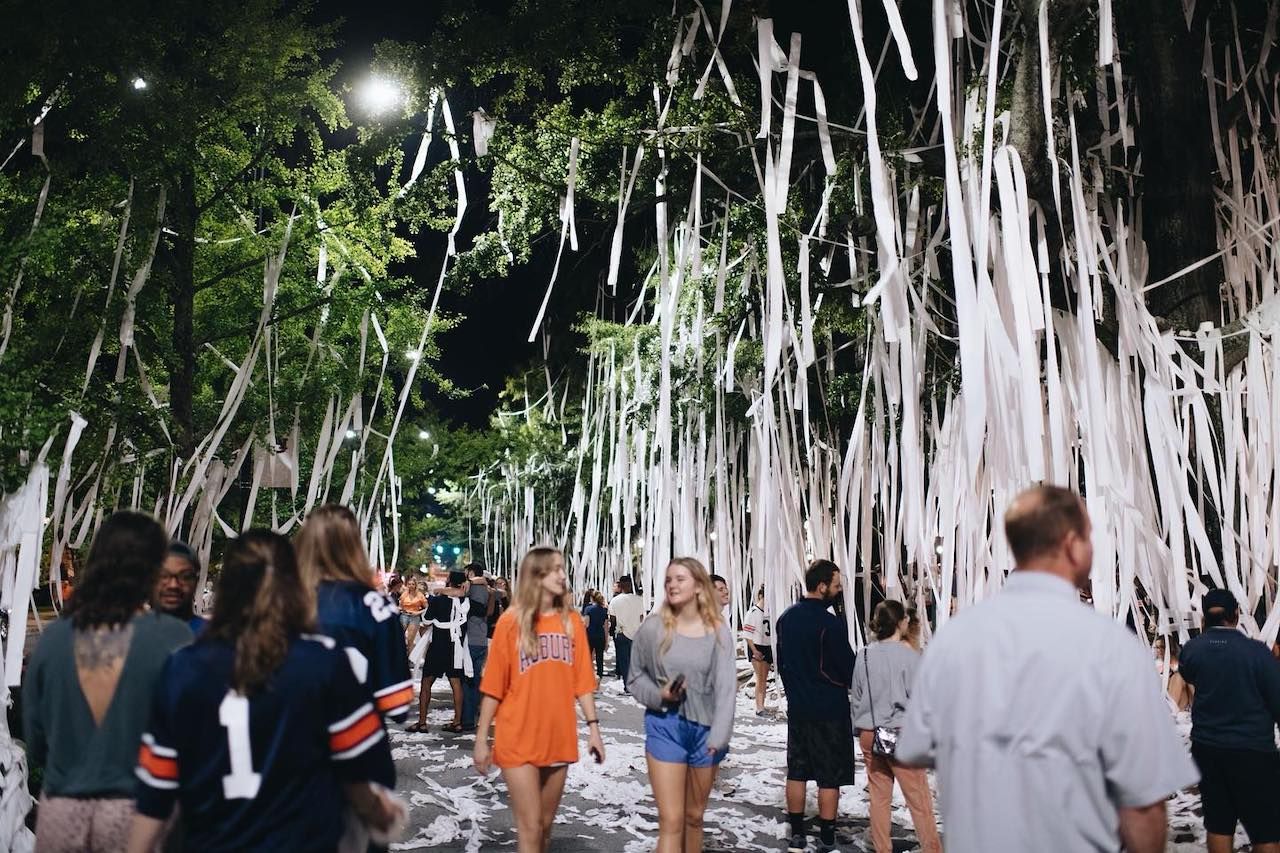 Full disclosure: I’m biased. I went to Auburn University in Auburn, Alabama, where the town nickname is the “Loveliest Village on the Plains.” Going to college in the South means seeing many of the best college football game day experiences first hand. On game days, most of the town shuts down — something that’s terrible for traffic, but great for tailgating. Live bands play on fraternity house lawns, people dive into troughs of beer to do dunkaroos, and barbecues are everywhere.

Auburn won’t win any awards for the most bars in part because the town itself is only about 64,000. More than 30,000 of those, however, are students. Rather than a football game being one thing happening among many big city events like in Austin or LA, the football game is the thing that’s happening.

Similar things can be said about plenty of other SEC schools that didn’t meet SimpleTexting’s criteria (and even things to be said for the one that did).

Take the University of Tennessee in Knoxville. The city has a respectable nightlife scene, but when it comes to tailgating experiences, watering holes are far less notable than the actual water. Hundreds of boats in the Vol Navy crowd the Tennessee River to tailgate on the water before kickoff. If someone says bar hoping in LA is a better tailgate experience than a boat tailgate, there are bigger questions about priorities to be asked. (Washington, it should be noted, also has a boat tailgate culture but made the list for other reasons.)

That’s just one of the many snubbed traditions that a “best of” list like this can’t gather. Auburn has its famous toilet-paper-covered Toomer’s Corner after a win, there are tailgates on train cars at the University of South Carolina, Ole Miss has The Grove (a 10-square-acre quad that is wall-to-wall tailgate tents), and LSU has Bayou food cooked on fields and parking lots that tops any fancy catered tailgate food you’d find elsewhere.

Texas A&M made the list for other reasons, but deserves a spot for its massive stadium and enthusiastic fan base. Not mentioned is the Midnight Yell tradition done the night before when tens of thousands of fans run through the school’s many cheers, and on game day the fans stand the entirety of the game in the Home of the 12th Man.

Are these rankings from companies that have nothing to do with the subject matter fun? Many times, yes. But if you want to talk college football and tailgating, you have to talk about the regionally specific traditions that make each Division 1 school notable.

EventsAt North Dakota State University, Tailgating Is an Education in the Culture of the North
Tagged
News
What did you think of this story?
Meh
Good
Awesome